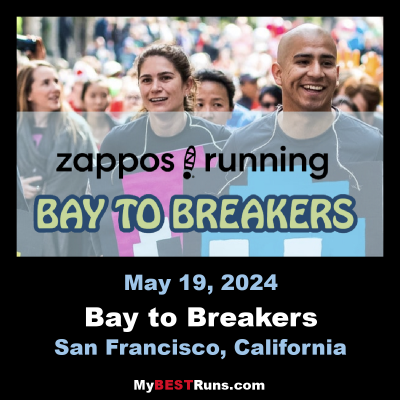 San Francisco’s Alaska Airlines Bay to Breakers is an annual footrace operated by Wasserman Events and has run continuously for over 100 year as a staple to the City by the Bay. With a starting point near the San Francisco Bay, a few blocks from The Embarcadero, the 12K race runs west through the city and finishes at the Great Highway where breakers crash onto the Pacific Coast’s Ocean Beach. A quintessential San Francisco experience since 1912, the race is interwoven into the fabric of the city and is a true reflection and celebration of life between the breakers and the Bay. 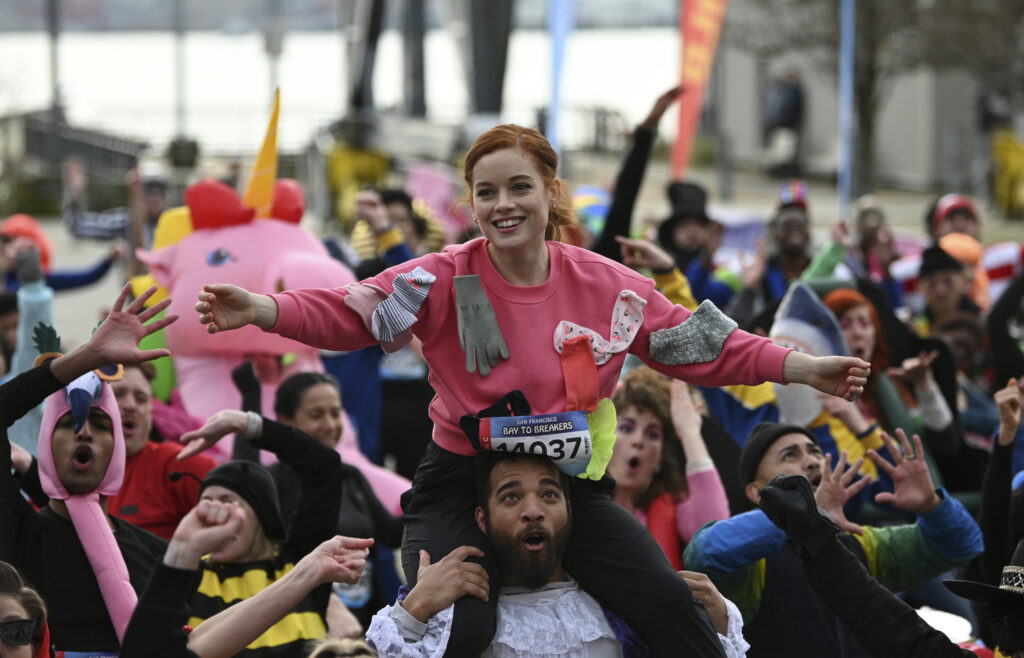 Bob Anderson
This race has been around for over 100 years. It is a big field and it can be hard to race with all the people on the course, but it is a fun event. Unless you are seeded just don't expect to run a good time.
Elliott Isenberg
Fun!!!
J.R.
Crowded & Unless Seeded will not have your best time-still a Great Race Event
Race Date: 05/19/2019 Distance: 12k 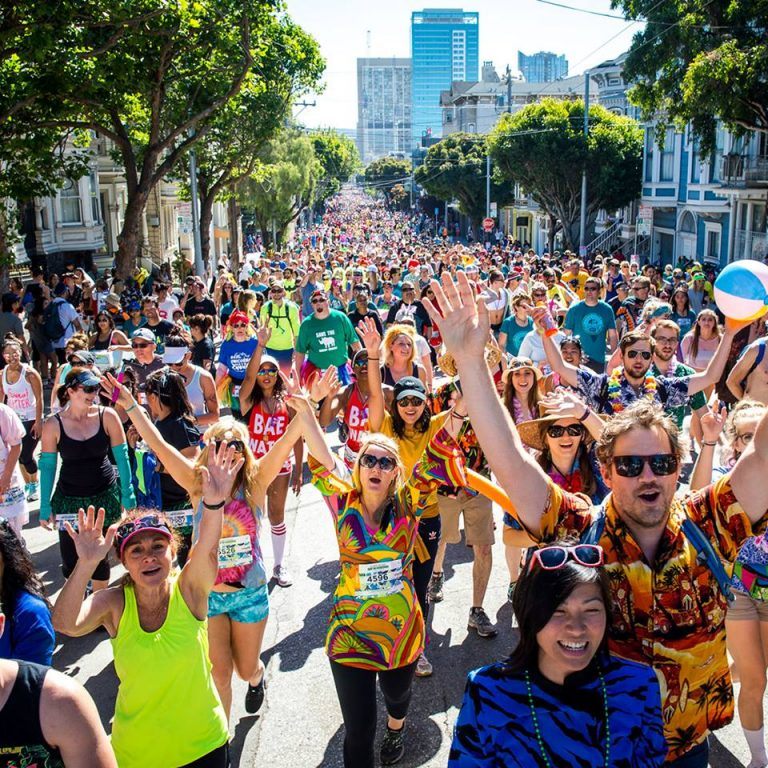 The 106th running of the race drew a huge crowd of people to the course, with 50,000 runners or walkers participated and another 150,000 spectators.

As always, however, it was the cast of colorful characters and costumed runners and viewers that made the race something to behol 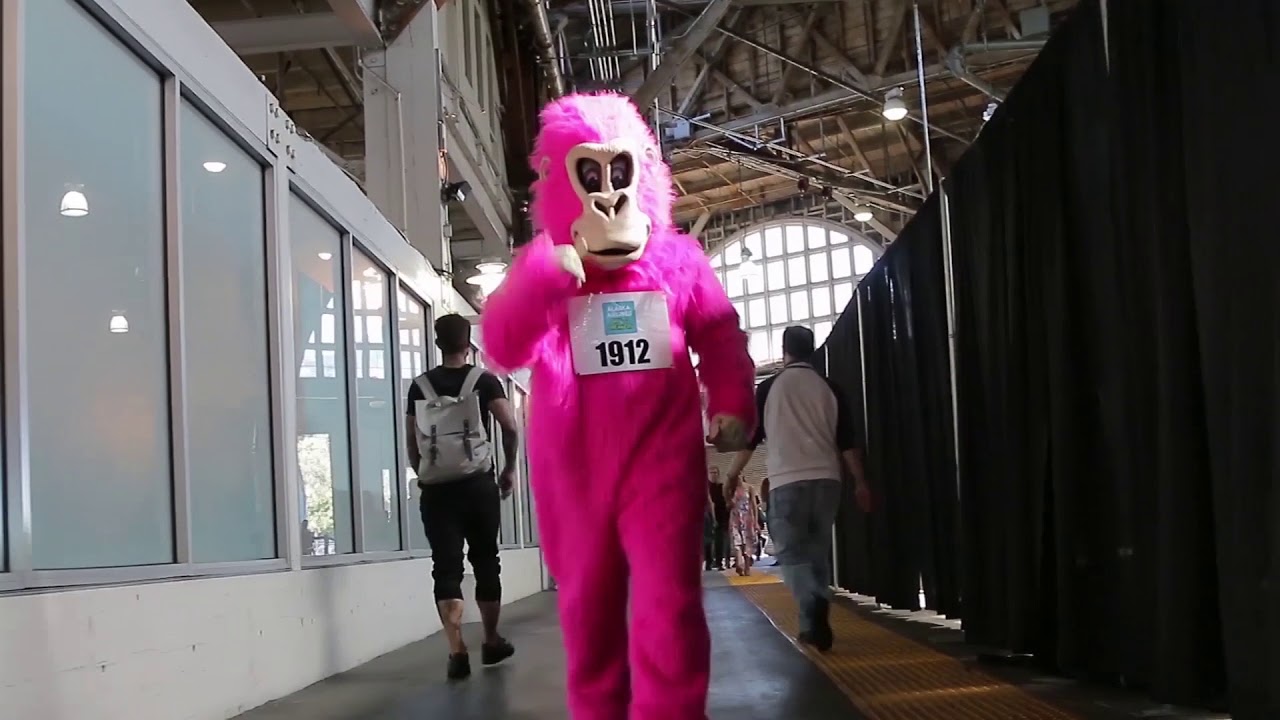 The Alaska Airlines Bay to Breakers 12K race runs west through the city and finishes at the Great Highway along thePacific Coast’s Ocean Beach. Participants run up the iconic Hayes Street Hill, along the Panhandle and through Golden Gate Park, while the city of San Francisco cheers them on.