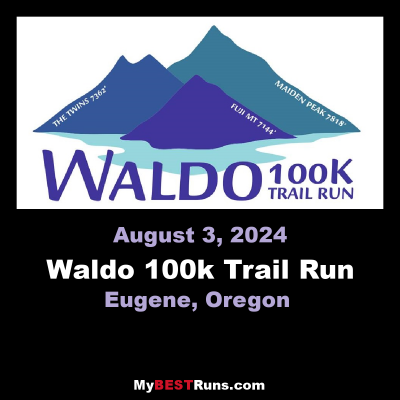 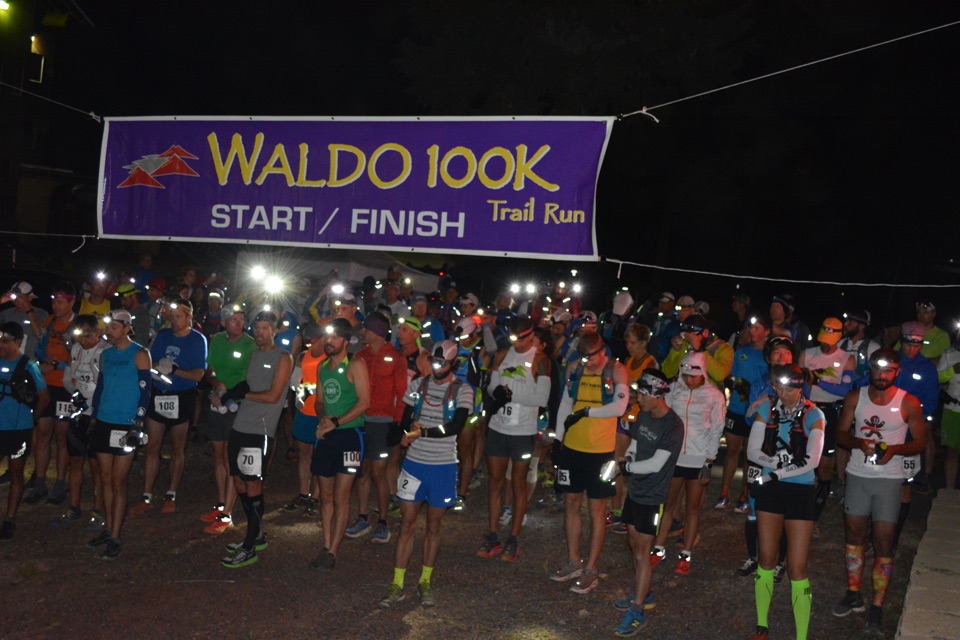 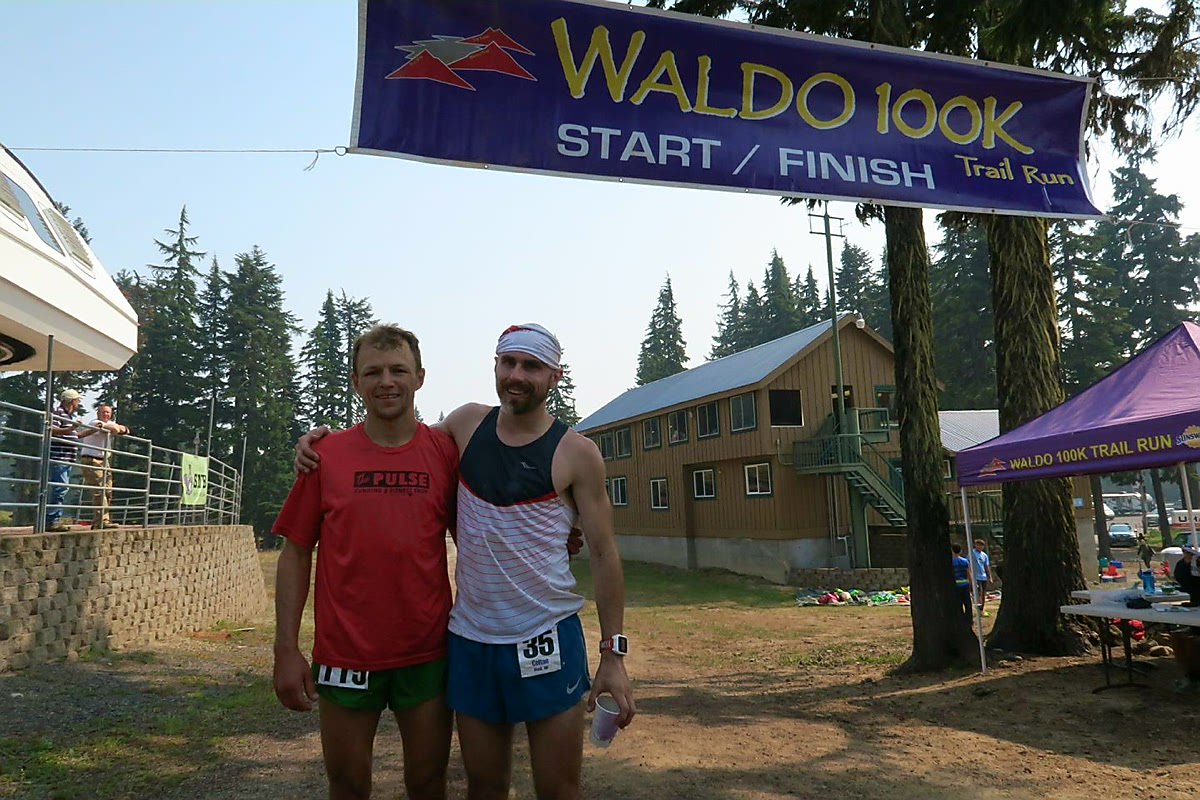 The race begins and ends at Willamette Pass Ski Area, 70 miles southeast of Eugene, Oregon on Highway 58 at an elevation of 5120′. The course is mostly single-track trail with more than 11,000′ of elevation gain and equal amount of loss. There are 3 major climbs of more than 2000′ each and 2 minor climbs of more than 1000′ each. High point is 7818′ at the top of Maiden Peak. Low point is at Gold Lake, about 4900′.

Second half of the course is remote. From the Rd. 4290 (A6) aid station at 37 miles to the finish the course does not cross a road. Dropping out in that section will not make your life much easier. The last 3 aid stations have 1.5, 3.0, and 2.5 mile hikes out on trail, respectively. 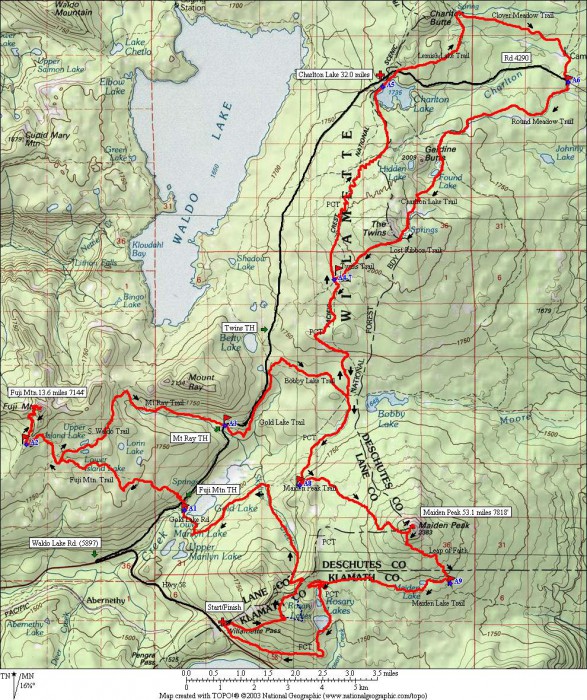