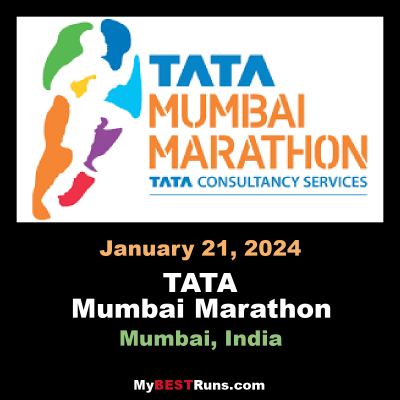 Distance running epitomizes the power of one’s dreams and the awareness of one’s abilities to realize those dreams. Unlike other competitive sports, it is an intensely personal experience.

The Tata Mumbai Marathon is One of the World's Leading Marathons. The event boasts of fundraising platform which is managed by United Way Mumbai, the official philanthropy partner of the event. Over the years, the fundraising platform has assumed a stature of eminence of being the single largest philanthropic sporting event in India. 550 NGOs have successfully raised INR 196 crore over the past 14 editions. 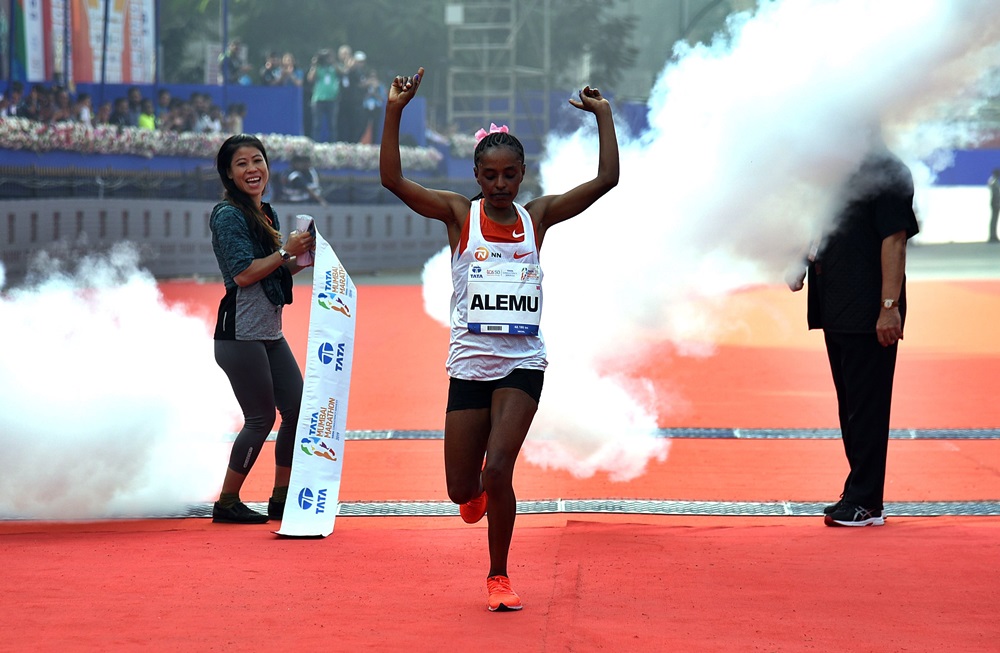 Aman pal
I want to participate in the race
Ankit Karush
I want to register Tata Mumbai Marathon 2021 please. I winner
Amit Dogra
Hi, I would like to register myself for the 10K open run, kindly let me know how to go about the registration.
Ravi Shrimali
Interested to take part in half merathon please guide me for registration. Regard
Satendra nagar
Sir.me bhi race me hissa lana chata hu
Anupam nath
Main half marathon main participate karna chata hoon
Ramendra
Sir.. How do I register for Mimbai marathon 2021.. Regards
Ramendra
Sir.. How do I register for Mimbai marathon 2021.. Regards
Amir husain
Please give me details how to register and the last date of register please
Anuj Attri
I want registration in mumbai marathon
Satish Kumar ahirwar
Me haf.21 km. Raning Tata Mumbai merathan me bhag Lena chahta hu
Manisha Telang
I want to register Tata Mumbai marathon 2021.
Phool Singh
I am ex army JCO , age 61 yrs wish to participate in marathon run 10 k, 21 k, like . Please guide me to join such events conducting in Delhi/NCR in 2021
Annemari Kiekara
Pisa Marathon second place
Pranesh Chavan
PL. Send me 2021 TMM Registration Date
Jitendra singh
Sir mujhe es merathan mai participant krna h
Priyank Modi
How to participate in marathon and whatâs the date for 2021??
Rajiv Ranjan
I don't know anything that how to participate for this Please help me I want to run for india in best time
Chandan Kumar
I also want to join full marathon this year.
Imam Khan
Recently participated in ADHM 2020 on 28th November virtual half marathon and Run Bhopal Run on 06th December 2020 half marathon virtual Wish to join Tata Mumbai marathon too
Ahmed Hussain fm Khan
I want to participate
RUPALI MAHENDRA BIRJE
I want to joined in 17th marathon how I can register and joind
Sneha Nigam
I need help to register myself fir this run. Also need guidance to know about the race.
Nilesh
I want participants Tata Mumbai marathon
Asif Akbar Khan
I wanna perticipate in TATA half marathon in January 2020
Pramod Soni
Running for health
amit pithadia
Why time certificate is compulsory for half and full marathon ? Man can participate with practice.
Vinayak kattekola
Pls help I want to participate Mumbai marathon 2020.kindly provide the details my cell no 9821291583
Sanjil Kokare
I want to take part for 19 jan 2020
Pradeep Kachale
Amazing experience
Suvankar Ganguly
Can I register for Fun Run 6KM Mumbai marathon 2019. Confirm @9051522226
AMANJEET SINGH
I would like to join marathon. If any information than call or whatsapp on 7004657020
chaman Singh
Dear sir Sir m elite category m registration krna chahta hu please give me help my contact no 9536748021
Madhuri Prakash Nimje
It's a good Marathon ..Nice route ... Cheering voulanteers.. Mumbai Local peoples.was very supportive... At the end of Marathon nice and healthy breakfast.
VASANTLAL
I like to request the full race result to post on the internet of every runner who took part in TMM race on 21st 01 ,2018. I had a amazing run of my life and hope to take part in in comeming years. Tks, Marahon 50k
Mohd Ismail Shaikh
I am enjoying my 21 km Run and successfully completed
ashish
Everything is possible
Sunil Hamand
Excellent
Race Date: 01/19/2020 Distance: Marathon 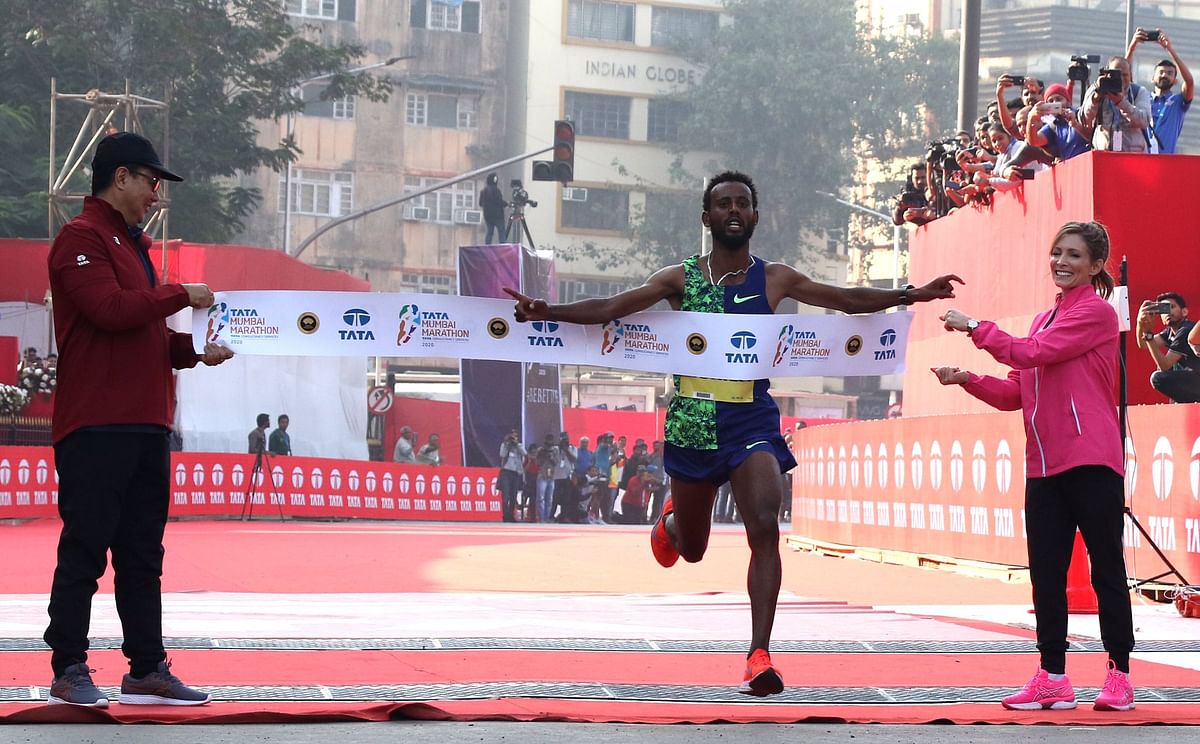 “Every great city of the world must have a Marathon. Nothing binds a city as a marathon does!”

Since its inception in 1988, Procam International conducted a host of world-class sporting properties across disciplines including cricket, tennis, football, volleyball, WWE, badminton, squash, rugby and horseracing.However, Anil & Vivek, always dreamed of conducting an international marathon in India. They firmly believed that running was a panacea for society - bringing together people, from across the world, of varying abilities, caste, creed and social strata, onto a common platform. “The road is a great leveller”

Sixteen years ago, India was a spectatorial nation and participative sport such as distance running, was a far thought.

The year 2003 saw Anil and Vivek attend the London Marathon. That experience was an endorsement of their dream, it helped unfold the power of sport right in front of their eyes. The rush of the legs, the pulsating heartbeats, the vibrant positive energy and the smiles on that finish line, were symbolic of each participant’s triumph. An unforgettable event, it left an indelible mark on the brothers. And thus, began the journey of The Mumbai Marathon.

It wasn’t easy, but the belief and support from the Government, all partners and stake-holders, has stood the test of time.

Mumbai Marathon’s journey for the past 15 years has been transformational - from starting a fitness revolution that has spawned over 1000 road races in the country, to creating a springboard for Indian long and middle-distance runners; people coming together - beyond politics, religion, race, colour, - a beacon of humanity and compassion for the nation and the world.

Today, the Tata Mumbai Marathon is amongst the top 10 marathons in the world and has truly put India on the global map of distance running. The USD 405,000 event has six different race categories - Full Marathon (42.195 kms), Half Marathon (21.097 kms), Dream Run (6.6 km), Senior Citizens Race (4.7 km), Champions with Disability category (2.1 km) and a newly added Open 10K run. Over 46,000 participants including amateurs, fitness enthusiasts and the world’s best distance runners, take to the streets of Mumbai on the third Sunday of January every year.

The event is not only the biggest participative sport in the country, but also the single largest fund-raising platform for Civil Society Organisations. Since its inception, the event has raised in excess of INR 266 crores benefitting over 700 NGOs, supporting myriad causes and helping millions in our society, live a #BetterTommorow.

Tata Mumbai Marathon has never been about just running…. It is the Possible Dream!

Cosmas Lagat of Kenya and Worknesh Alemu of Ethiopia surprised pre-racefavorites to win the men’s and women’s crowns respectively in the Tata Mumbai Marathon Sunday (Jan 20).They shared in the $405,000US of prize money.

Lagat, winner of the Sevilla Marathon in 2016, made the marathon in this coastal city his own over the last 10k to storm home in 2:09:15, the second-best time in the 16-year history of the race.

The course record of 2:08:35, made in 2016, justbarely survived as the long-legged Lagat’s onslaught after he left behind all his rivals.

In second place was Aychew Bantie of Ethiopia in 2:10:05and Akalnew Shumet, also from Ethiopia, took the third spot in 2:10:14. The man with the best time going into the race, Kuma, finished seventh in 2:13:10 after he was with the lead bunch of 10 runners, including some pacers, on the sea link after 19k before the bunch split up.

She came home all alone well in front of the others, including pre-race favorite, compatriot and defending champion Amane Gobena, in 2:25:45, which was outside the course record.

Gobena came in second in 2:26:09 while another Ethiopian woman, Birke Debele, was third in 2:26:39 to mark a clean sweep for the African nation.

Significantly, India’s Sudha Singh finished on top among the Indian runners while setting at a personal best of 2:34:56, but also dipped well under the qualifying mark of 2:37:00 set by IAAF for the September-October Doha World Championships.

Singh, a 3,000 m steeplechase specialist and winner of gold and silver medals in two Asian Games, finished 8th overall, ahead of former champion Dinkesh Mekash of Ethiopia who finished in 9th spot in 2:36:31. Her earlier personal best in the marathon was 2:35:35 that she clocked while finishing 19th in the 2015 Beijing World Championships.