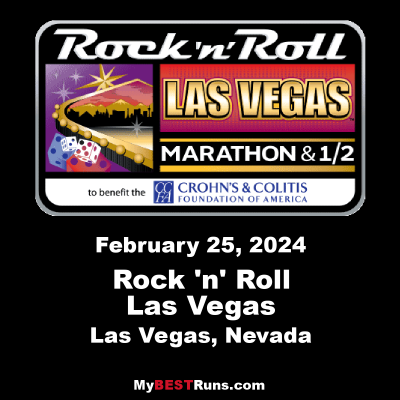 Run the Strip at night in Vegas. The marathon and half marathon courses are as flat and festive as they come – perfect for runners and walkers of all ability levels.

“Bright lights and loud noises,” he said, jokingly, after crossing the finish line just outside of The Mirage. “It’s a perfect exercise in mindfulness.”

That, and an exercise in world-class endurance.

Puzey won the 26.2-mile race for the second consecutive year with a time of 2 hours, 28 minutes, 4 seconds. He finished in 2:25:53 last year and joins Zoltán Holba as the only competitors with multiple titles.

“It’s just a ton of fun,” Puzey said. “To be able to line up and run with the folks in the half (marathon) it obviously gives you a lot of energy. We feed off each other. The fans are out there. It’s great. It’s just a fun night.”

Puzey ran collegiate track at Brigham Young-Hawaii. He takes running much more seriously now since he “ran for two months and surfed for 10 months.”

“It wasn’t really the focus,” Puzey said with a smile. It is now and he trains year round while competing in about 10 races annually.

But Puzey is the champion. And a modest champion, at that.

“I try to train and listen to my body and then when everything comes together, find a race that’s close and just hammer it,” said Puzey, 35, who lives in Flagstaff, Arizona. “I feel like if you have it planned too far in advance, you try and squeeze your fitness into some arbitrary time frame and you end up breaking yourself.”

Day had never ran a half-marathon.

“There are people with guitars. There are people screaming at us,” Day said, excitedly. “It’s a bunch of mixture of everything that’s just awesome about Vegas, I’m pretty sure.”

Day was not eligible to run cross country this year, so he mapped out a training schedule that concluded with the Rock ’n’ Roll half marathon. He will return to campus for his indoor and outdoor track seasons and is hoping the half marathon victory can springboard him toward additional success.

“I’m not a party owl. I don’t go clubbing. I don’t go gambling,” Day said. “So if there was anyway I’m going to enjoy Vegas, it would be running on the Strip at night.”

Bob Anderson
Not a lot of afternoon races and when do you have a chance to run the Strip!
Race Date: 11/15/2020 Distance: Marathon 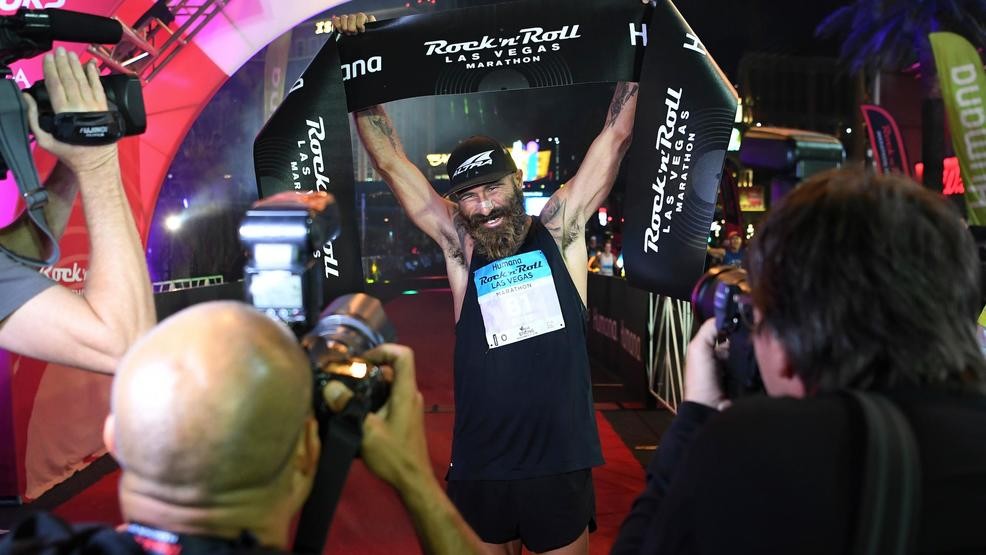 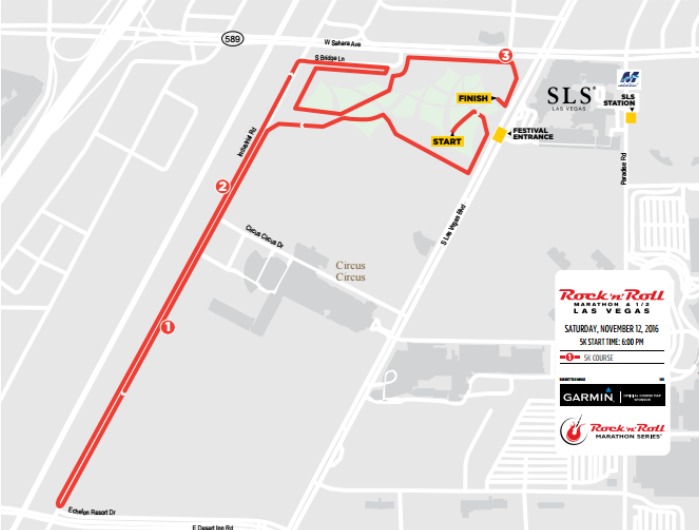