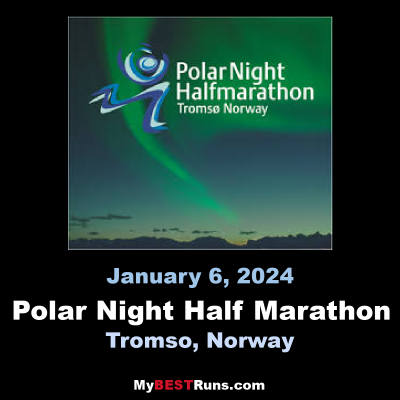 Simply put, Tromso parties. By far the largest town in northern Norway and the administrative centre of Troms county, it's lively with cultural bashes, buskers, an animated street scene, a midnight-sun marathon, a respected university, the hallowed Mack Brewery – and more pubs per capita than any other Norwegian town. Its corona of snow-topped peaks provides arresting scenery, excellent hiking in summer and great skiing and dog-sledding in winter.

Although the city lies almost 400km north of the Arctic Circle, its climate is pleasantly moderated by the Gulf Stream. The long winter darkness is offset by round-the-clock activity during the perpetually bright days of summer.The main part of town stretches along the east shore of the island of Tromsoya, linked to the mainland by a gracefully arched bridge.

With that being said, the Polar Night Halfmarathon is the place to be!!

Polar Night Halfmarathon is an annual half marathon running competition in Tromso, Norway. It takes place in the beginning of January, during the Polar night-period, when the sun does not rise above the horizon. It is renowned for its torch-lit route and the chance of running underneath the aurora borealis.

Join an Arctic running experience in the polar night! Experience Norway’s largest winter race with approximately 2000 runners from all over the world. Run in the blue, Arctic light that is so special for this time of the year, before the sun rises over the horizon. The PolarNight Halfmarathon takes place in the middle of the day- during the polar night. This is also a great opportunity to hunt the Northern lights (Aurora borealis) in our “backyard”. You can choose a distance after your level and ambitions: Halfmarathon, Mørketidsmila (10km) or SATS Mørketidstrim (5km.). 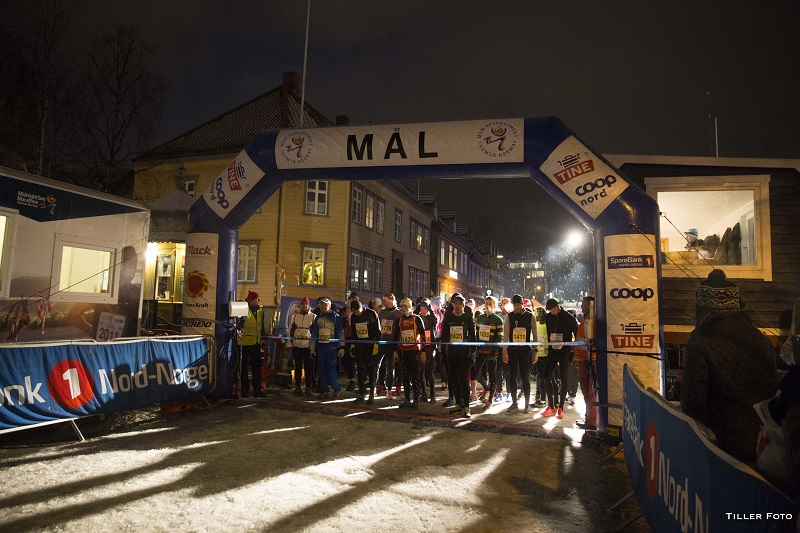