In 2022 the Lake Biwa Mainichi Marathon and Osaka Marathon were held together. For 2023 the name of the marathon will be Osaka and both men and women can run the race.

The original male-only competition was first held in 1946 and, having taken place every year since then, it is Japan's oldest annual marathon race. The early editions of the race were held in Osaka until a switch to Tokyo occurred for the 1963–65 marathons, and all subsequent races thereafter were held in Otsu, near Lake Biwa, where the race gets its name. It is sponsored by Mainichi. 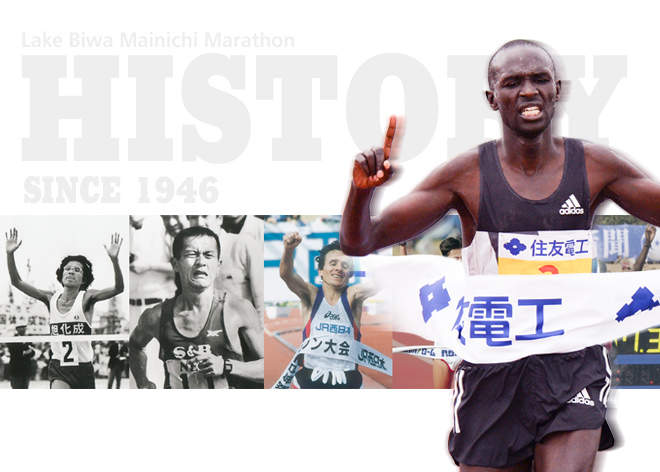