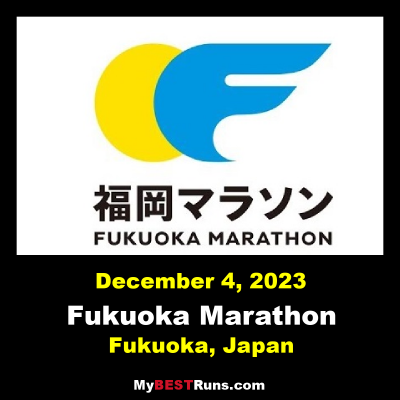 The Fukuoka International Open Marathon Championship is one of the longest running races in Japan, it is alsoan international men’s marathon race established in 1947. The course record is held by Tsegaye Kebede of Ethiopia, running 2:05:18 in 2009. Frank Shorter won first straight years from 1971 to 1974. Derek Clayton set the World Record here in 1967 running 2:09:37. 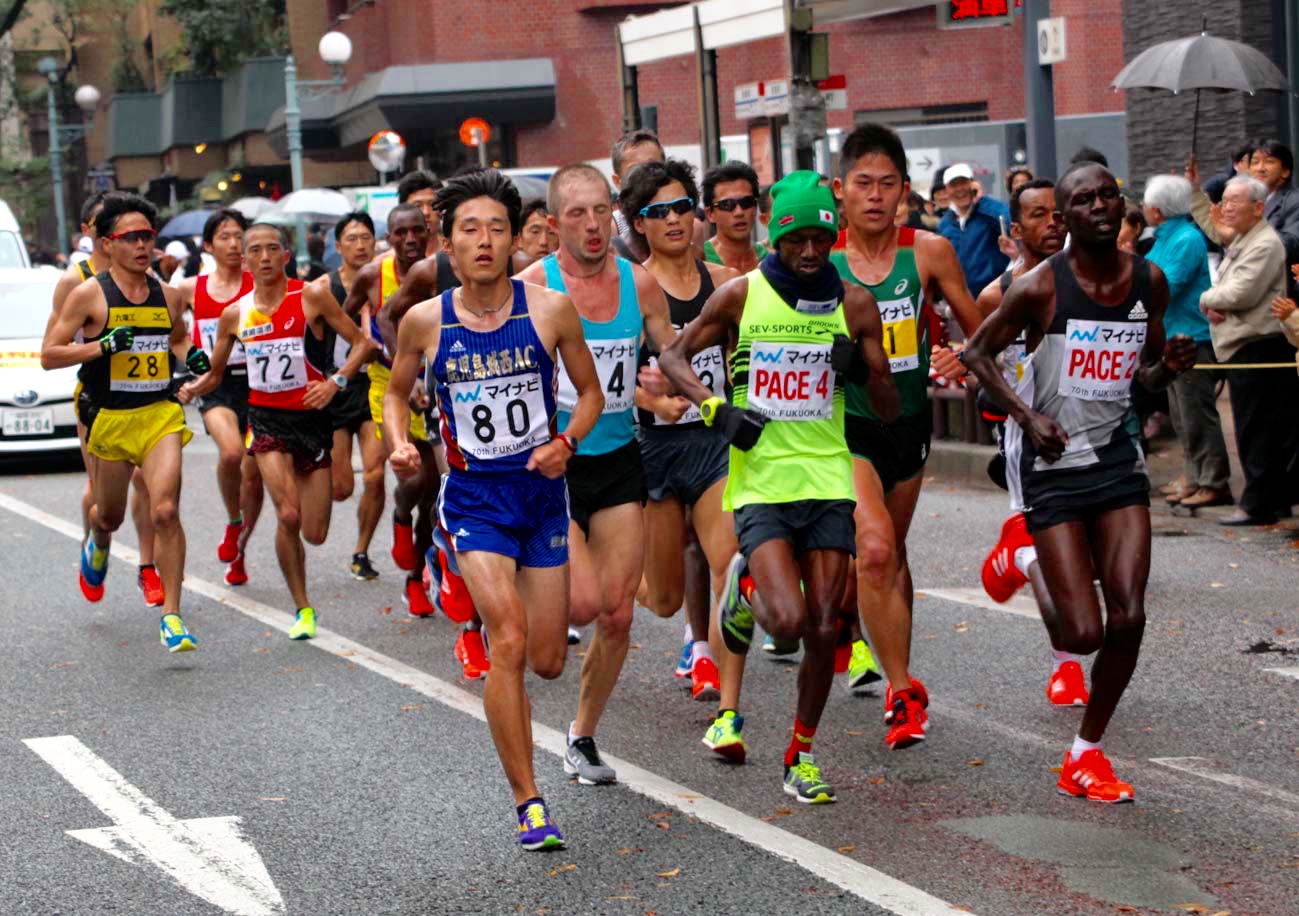 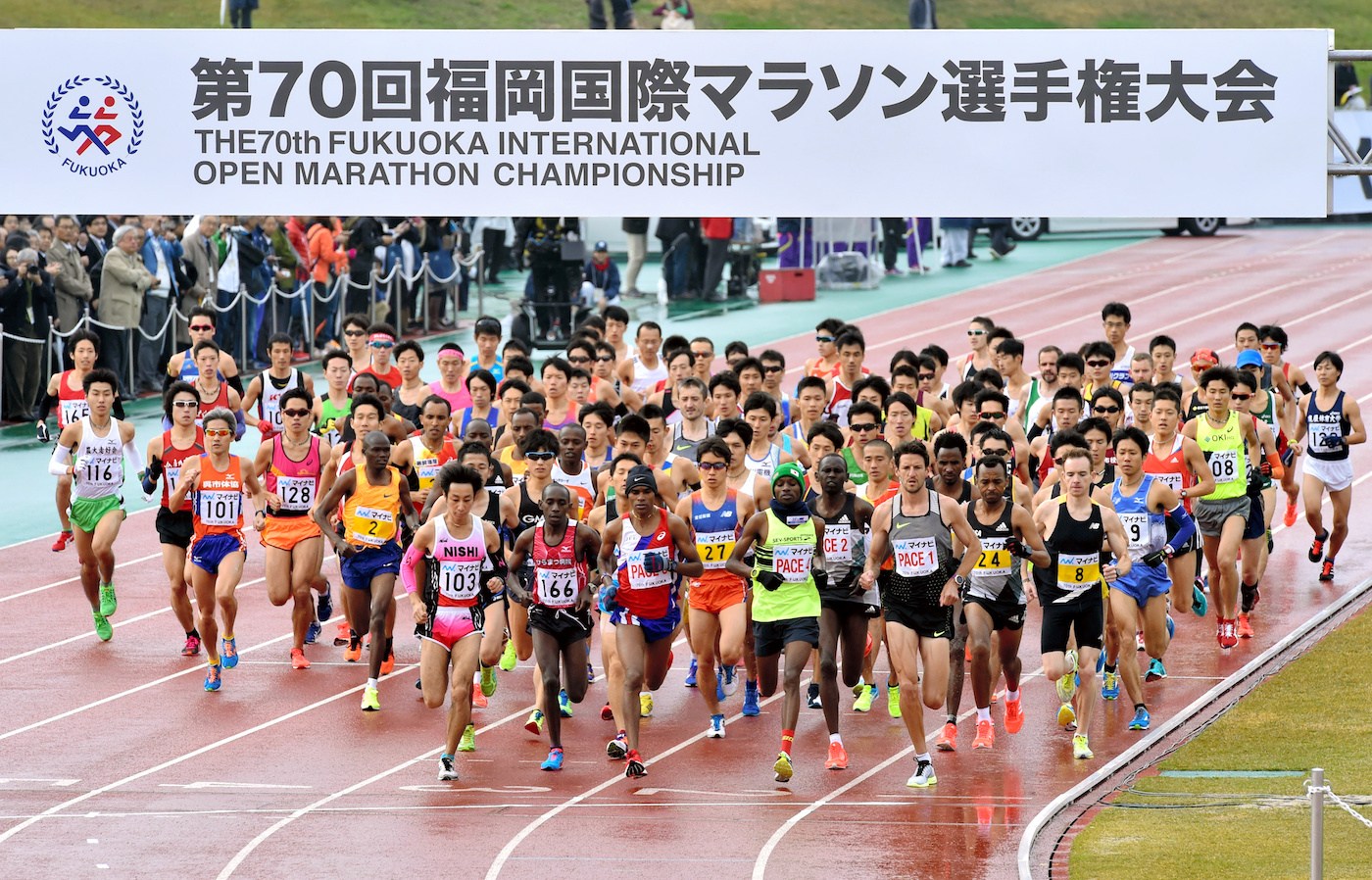 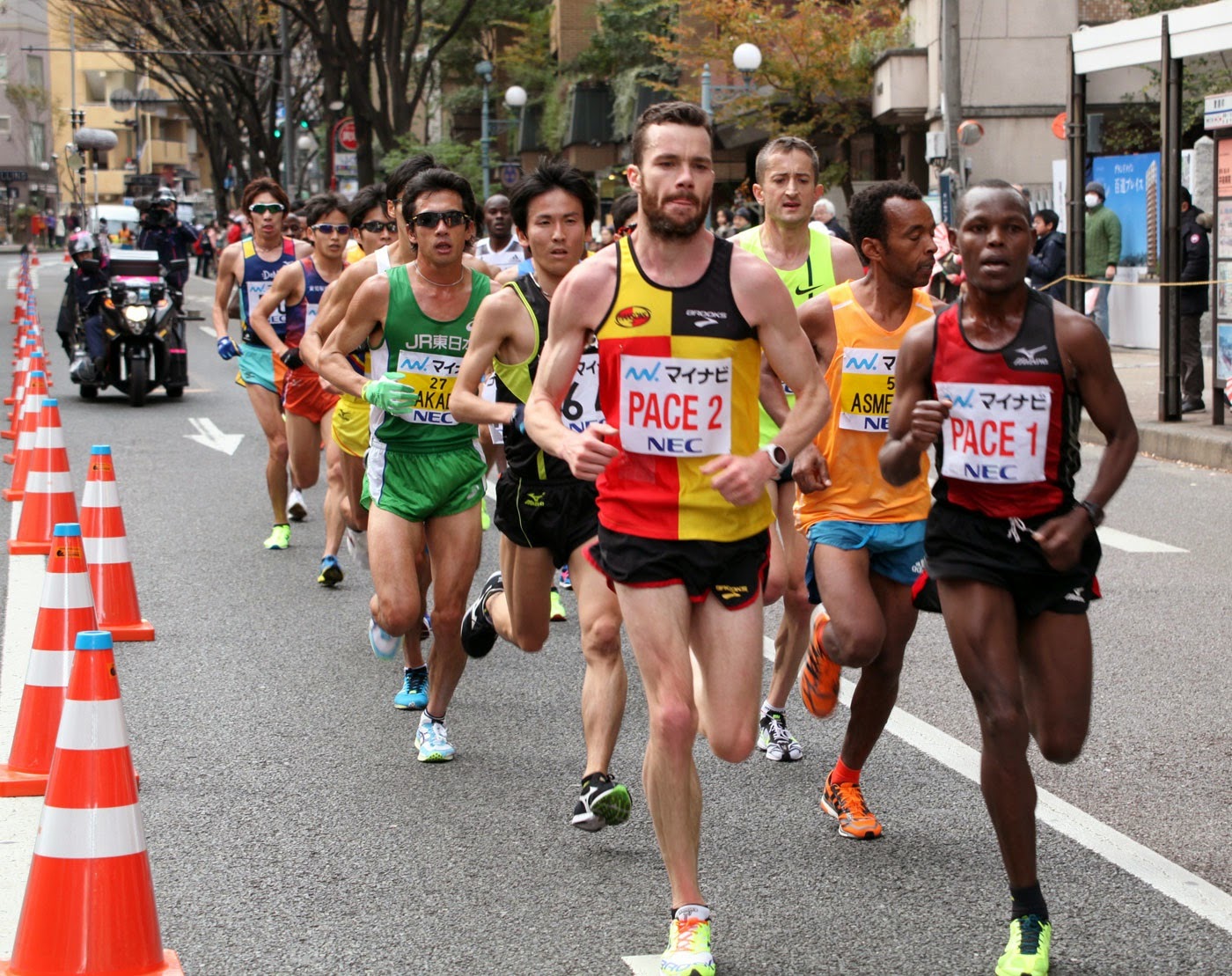 (2018) Breaking away from Yemane Tsegay and Amanuel Mesel at 36 kilometres, Yuma Hattori cruised to the Fukuoka Marathon title in 2:07:27 to become the first Japanese runner to win this IAAF Gold Label road race since Tsuyoshi Ogata’s victory in 2004.

“It is close to the time I had hoped for,” said Hattori, whose performance elevated him to eighth on the Japanese all-time list.

The race progressed on an even pace with 15:00 five-kilometre segments through 25 kilometres. For a brief period after 10km, both 2015 world champion Ghirmay Ghebreslassie and Amanuel Mesel moved ahead of the pacemakers as if to urge them to pick up the tempo.

The first casualty of the relatively fast even pace, considering the unseasonably warm weather was Vincent Kipruto, former World Championships silver medallist who fell behind before 5km. Yuki Kawauchi began to drift back after 11km and Kentaro Nakamoto after 15km and Ghebreslassie at 17. Both Kipruto and Ghebrselassie dropped out before reaching the midway point.

Bedan Karoki finished his pacing duties at 25km; the two remaining pacesetters forged on but the tempo slowed to 15:36 over the next five kilometres, by far the slowest of the day.

The leading pack of nine was reduced to three by 35 kilometres, with Hattori, Mesel and Tsegay reaching the mark in 1:46:12. But at the water station one kilometre later, Hattori broke away.

“I did not feel like I made a move,” Hattori said. “It was more like my competitions dropped off, so I decided to go.”

“Finally, I was able to run the race my training load had suggested,” the winner said. “I increased my training volume by approximately 300km a month. I also increased the frequency of my 40km long run from two to three times in a three month span leading up to the marathon to seven times in a three month time span. I even did 46k super long run.”

Tsegay, who was left behind at 35km, said, “If I had followed Hattori at 35km, I might not be able to finish in top three. I had some problems, a stomach ache and headache after 25km. After 31km, I tried to push the pace, but my problems remained so it was not decisive.”

Former national record holder Yuta Shitara was fourth with 2:10:25. “It was a tough race,” he said. “It was really hard after 30km. My leg just did not move. I just wanted to get it over with.”

Hayato Sonoda, who was fourth in the Asian Games marathon in August, was fifth with 2:10:31.

Besides Hattori, Hiroki Yamagishi and Jo Fukuda, who finished sixth and seventh in 2:10:42 and 2:10:54, respectively, qualified for the Japanese Olympic Trials marathon set for next September. They were fourth and fifth Japanese in the race and both ran under 2:11, thus meeting the qualification criteria.