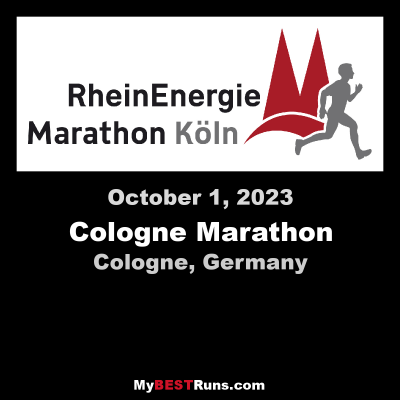 There are marathons in numerous cities, but the Cologne Marathon is unique: a mixture of elite and regular runners, carnival, a folk and running festival! The entire city is vivid and the spectators cheer passionately for the runners on the course! Everywhere you may hear your name and you run through espaliers! This is something that you have to experience! Welcome. 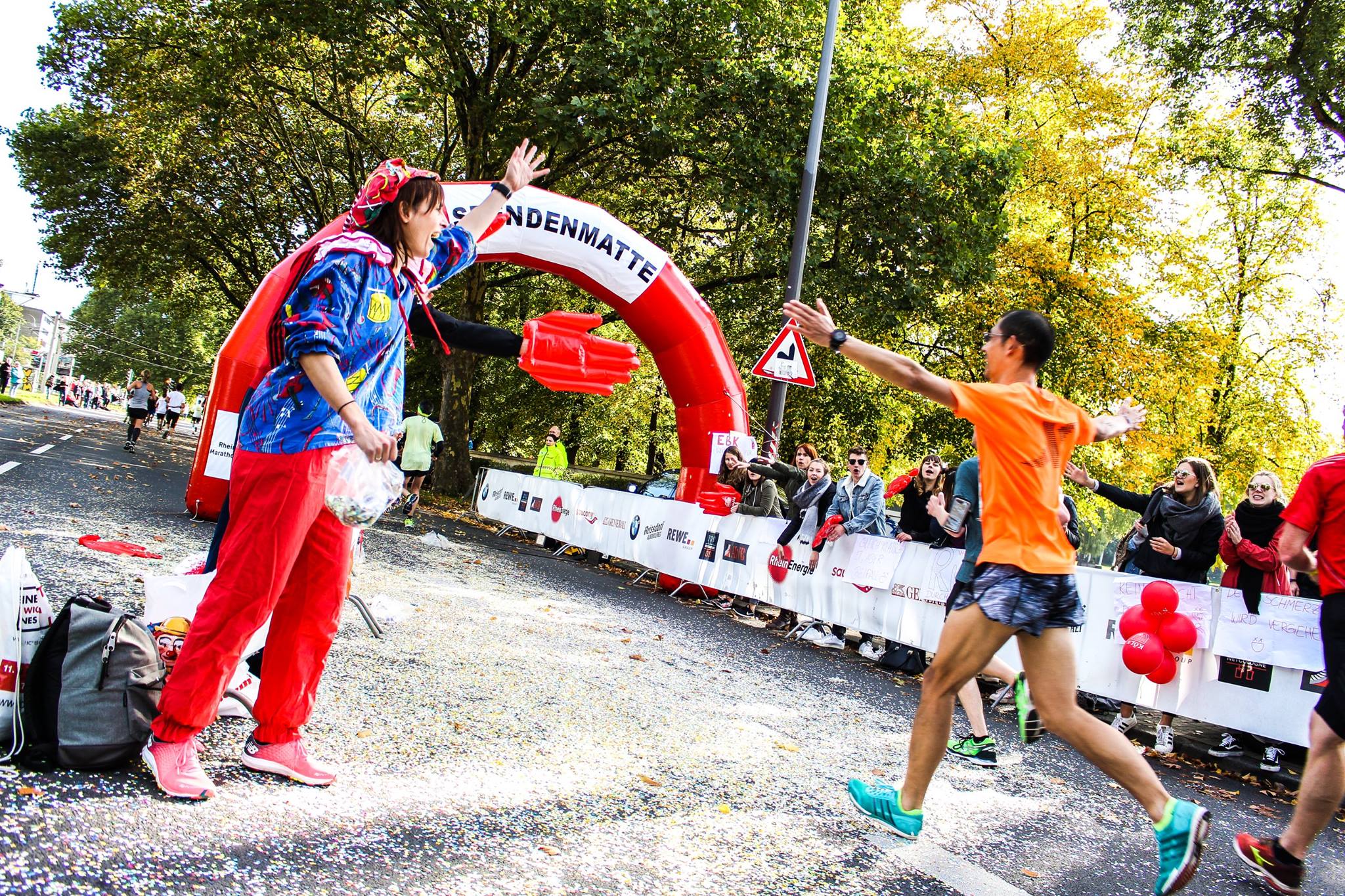 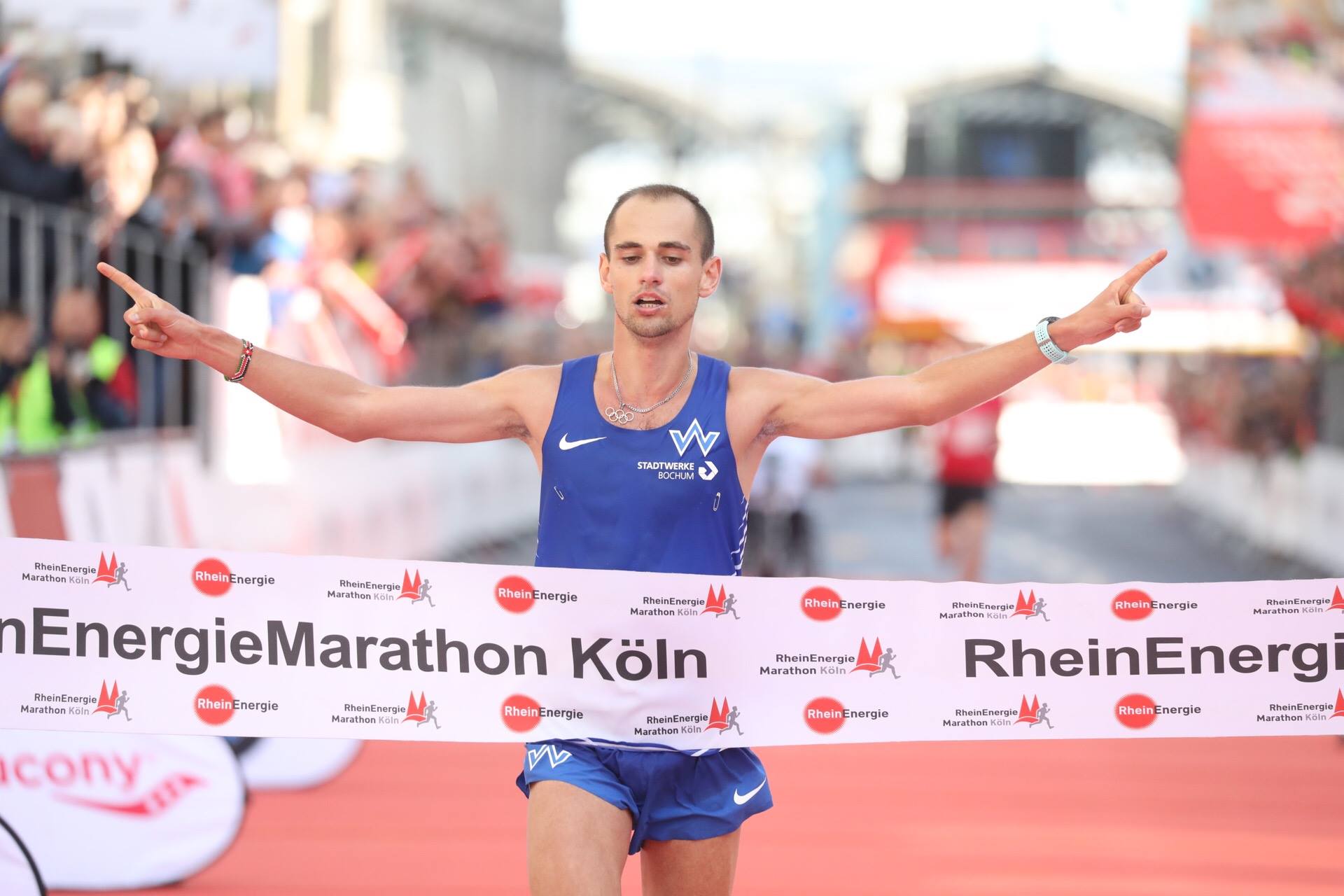 Start.- "The same procedure as every year" – start in Deutz in front of Otto Square (Ottoplatz)
km 1

Hustle and bustle at Alteburger Straße

Rudolf Square (Rudolfplatz) for the FIRST time! Not without cause you will pass this square three times

Rudolf Square for the SECOND time! Over Hohenzollernring to Frisian Square (Friesenplatz). Cologne Marathon's heart! - a mass of people, a feeling like in Alpe d'Huez!

Multicultural life in Ehrenfeld: For some years omitted and now back again – Venloer Straße and the new mosque in sighting distance to the television tower

Nippes took a perennial time-out. But why that? Neusser Straße is there!

Rudolf Square for the THIRD time! And now with spectator motivation to the last kilometres!

Espaliers of people and shouting and cheering also at Neumarkt, the after-run location

Finish at Cologne Cathedral! Over Hohe Straße passing thousands of spectators and Cologne's landmark you will finish at Komödienstraße. 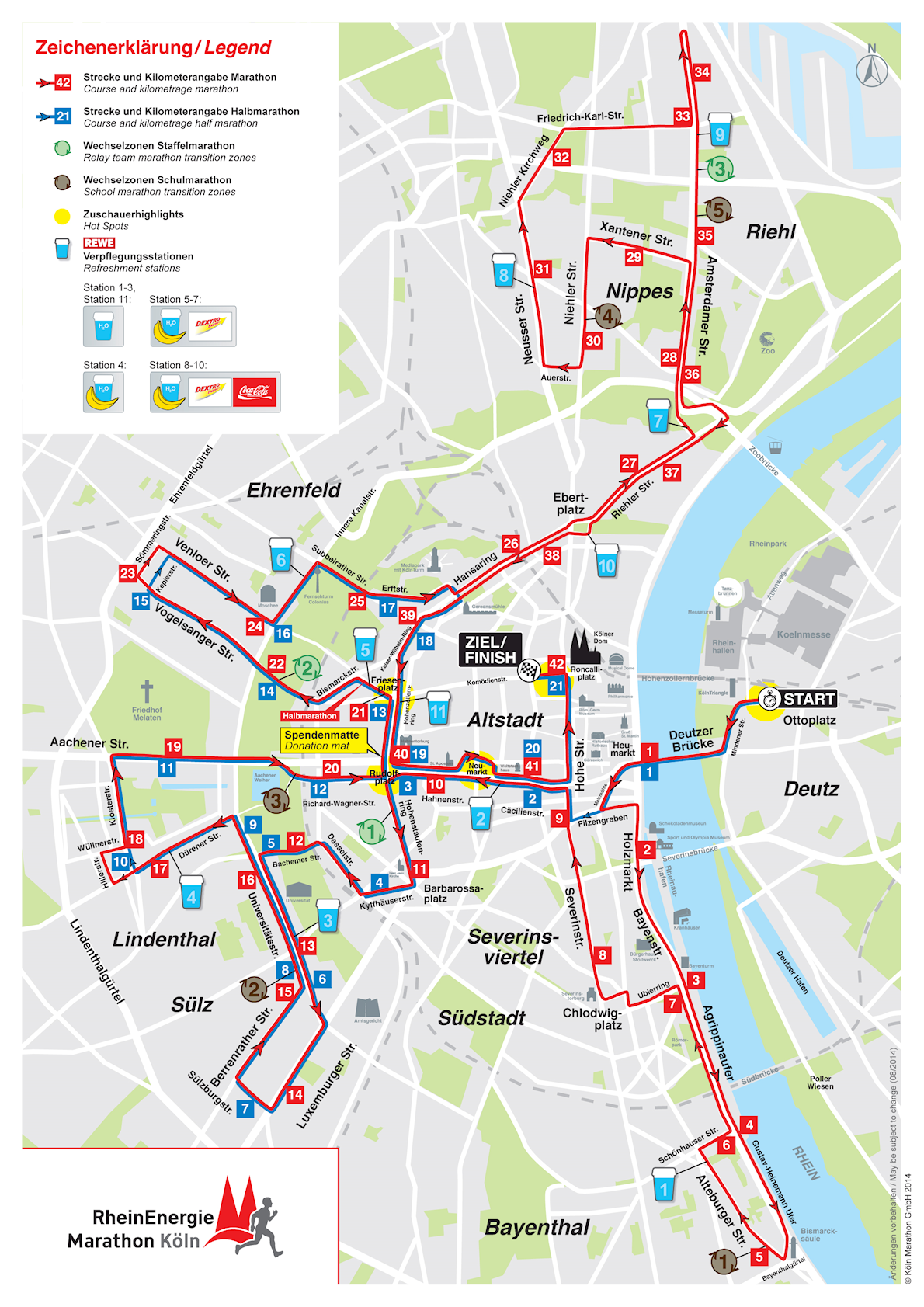