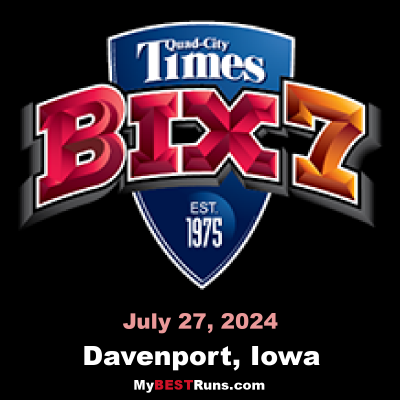 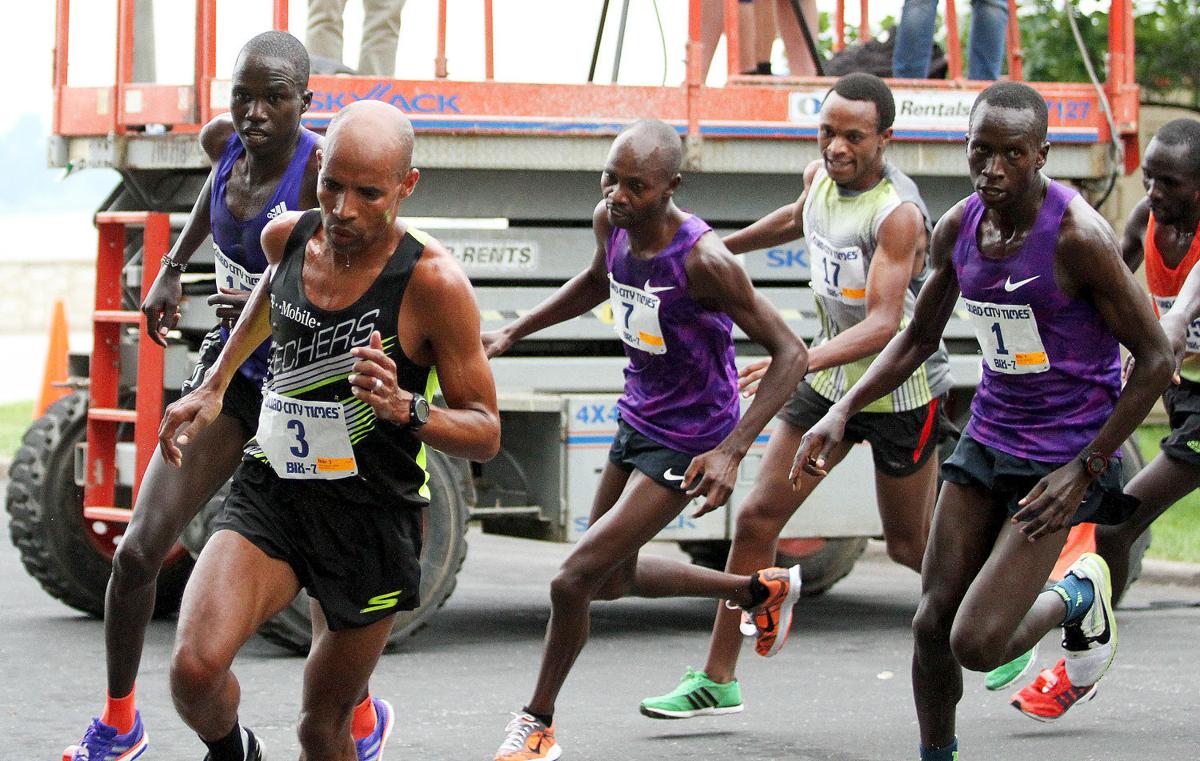 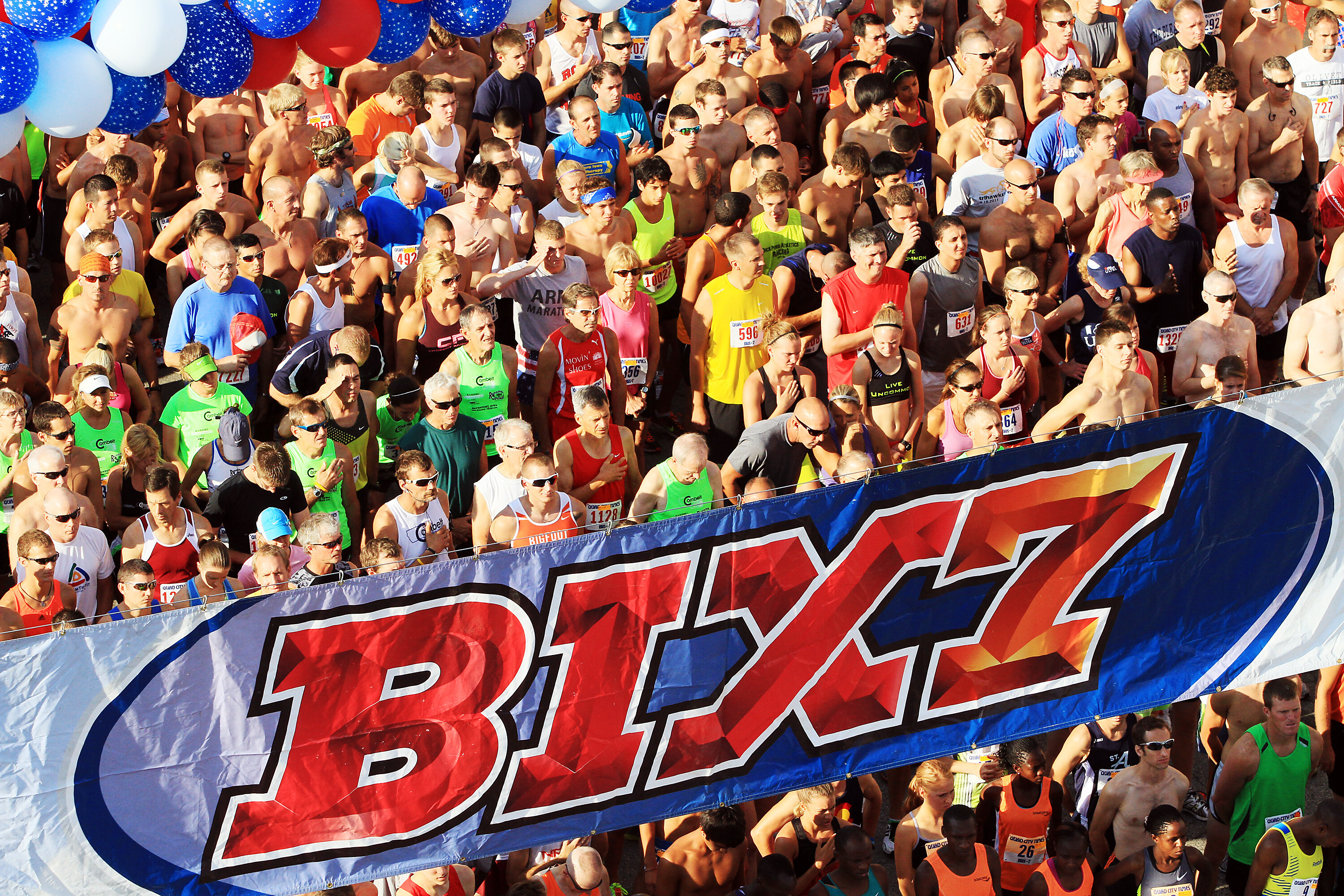 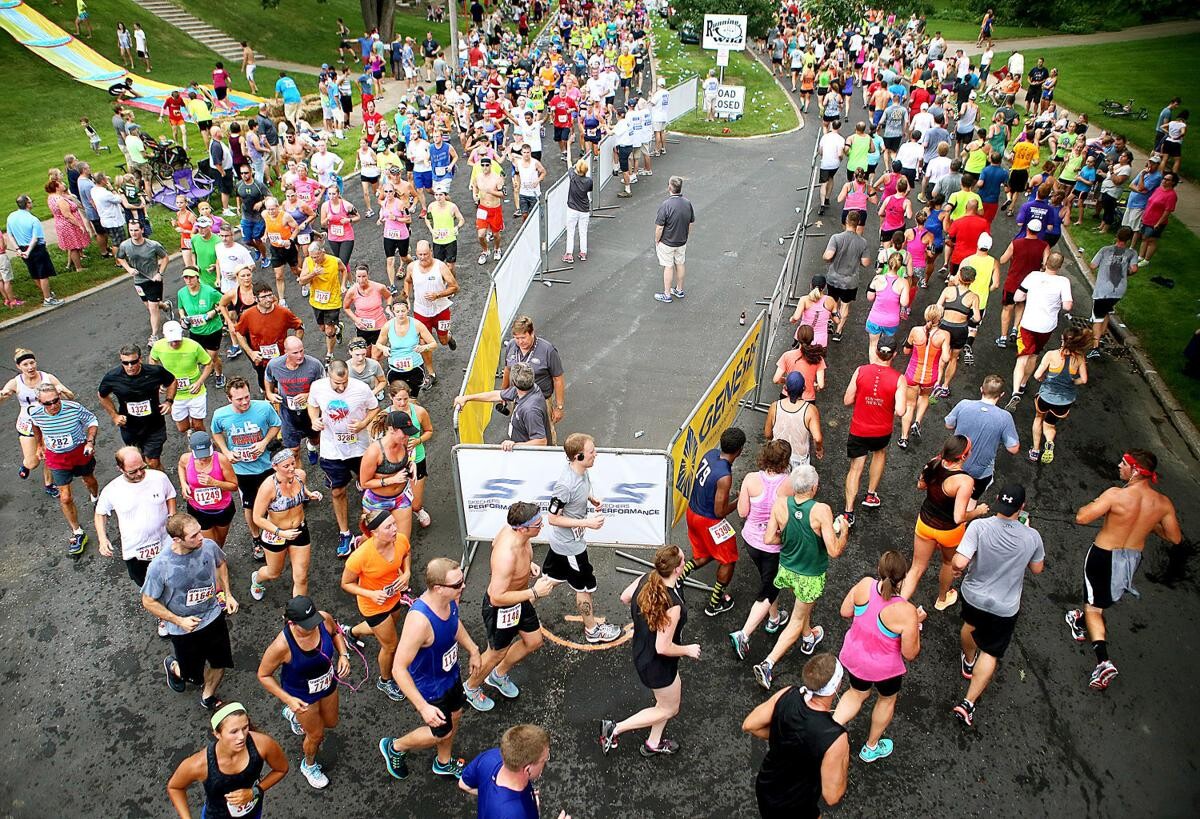 Karen Bishop
It is a 7 mile out and back race on the Davenport hills, with alot of fan support along the way. Bands and music are scattered thoughout the course. The post race party is large and includes a costumes contest.
Bix 7 miler, Race Date: 2022-07-30, Distance: 7 miles

It takes a few first-timers, people who never have been exposed to the Bix 7, to remind us.

Like Jonathan Grey. He’s a veteran of the road racing circuit. He’s been to most of the big races.

His first Bix 7 left him just a little bit wide-eyed.

“It’s a small town feel but a big-time race,’’ Grey said after finishing fourth in the 43rd annual Bix 7 on Saturday. ‘’You feel like everyone is so close. It’s just a fun race to be a part of. I love coming to these races.

“The whole town is behind it. You have the mayor speak at the pre-race event. You can tell this is a big deal. On the wall is this big Bix 7 thing, it’s painted like 60 feet by 60 feet. It’s huge. It’s fun. It’s a whole town thing. It’s fun to come and have that.’’

Grey wasn’t the only one who noticed how strongly supported the race is by the local community.

Sam Chelanga, who won the men’s race Saturday, said the thing he will always remember about his maiden Bix is the way the fans constantly encouraged the runners every step of the way. He said that just doesn’t happen in most races.

“I just kept seeing (the fans) and they don’t really know who we are but there’s a relationship,’’ he said. “They appreciate us coming to their town. I like that.’’ 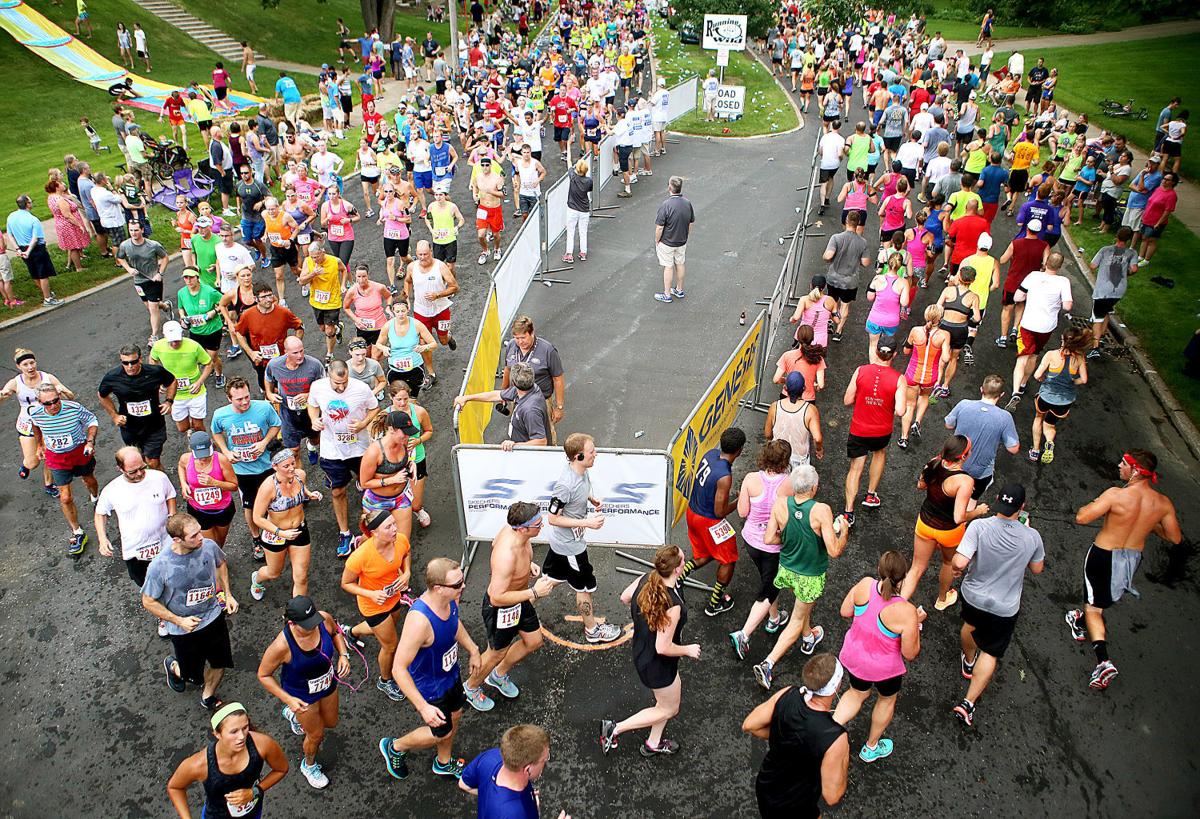