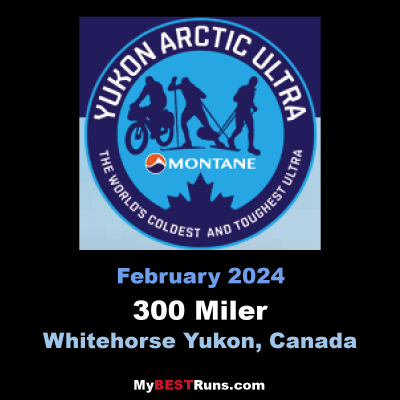 The Yukon Arctic Ultra is the world's coldest and toughest ultra!

Quite simply the world's coldest and toughest ultra. 430 miles of snow, ice, temperatures as low as -40°C and relentless wilderness, the YUA is an incredible undertaking. The Montane® Yukon Arctic Ultra (MYAU) follows the Yukon Quest trail, the trail of the world's toughest Sled Dog Race. Where dog teams once slid and scrambled now human power chases up the trail.

Choose to race the 430 mile, 300 mile, 100 mile or marathon distance either by snow mountain bike, cross country ski or by foot. The race begins in Whitehorse, Yukon, finishing (for those that make it) 13 nights later on the in Dawson, Yukon. The marathon finishes just off the Takhini River. The 100 mile competitors race from Whitehorse to Braeburn. The 300 mile racers continue relentlessly onwards going all the way to Pelly Farm. The 430 mile athletes continue on up the Quest trail to Dawson City.

The race trail is marked, however, fresh snow or a lot of wind can obliterate the route leaving it difficult to find the way. The threat of frostbite hangs over you like the sword of Damocles. The hours of darkness are brutally long clouding your judgement and playing with your mind. You struggle to eat enough to provide the fuel your body craves. Sleep is limited and you're alone, solo in a vast empty cold wilderness.

The MYAU differs from the Marathon Des Sables and the Jungle Marathon in that there are no crews waiting at checkpoints to deal with aches and pains. You get food, encouragement and are told - if you have enough psyche - to get back out into the snow and race to the finish. 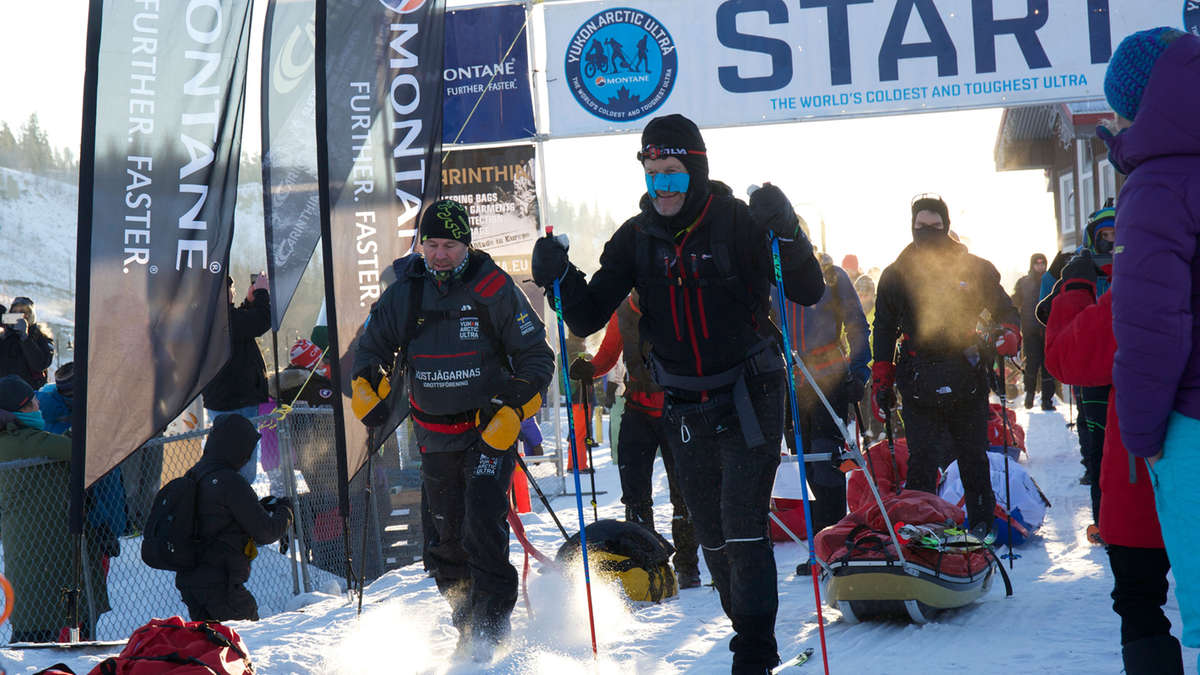