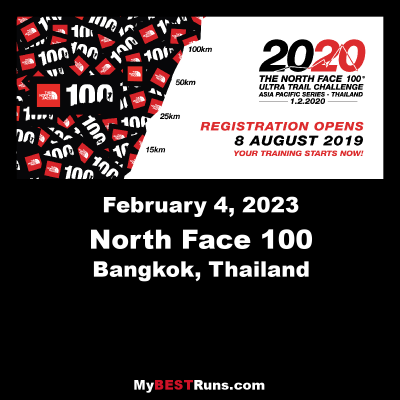 The North Face 100 Asia Pacific Series promotes the genuine spirit of exploration since it started in 2008, The North Face 100 has become the iconic trail-running series in Asia Pacific, attracting thousands of runners each year from all over the world. Whether you are an aspiring trail-runner or a seasoned racer looking for new challenges, unparalleled experiences are offered in each competition which together form the region's largest trail-running series.


The North Face 100 began in Thailand in 2012, challenging Thai and International runners, and introducing to Thailand the first-ever 100km ultra-distance event. The first race was in Amphawa, Samut Songkhram province, northwest of Bangkok. In 2020, The North Face 100 will be the 9th year in Thailand.


Since 2013 the trail course has been set in the spectacularly picturesque district of Amphoe Pakchong adjacent to Khao Yai National Park and located approximately 200km northeast of Bangkok. The adventurous and hilly trail takes runners through the natural environment mixing adventure with local culture.


Break your own boundaries and Never Stop Exploring. 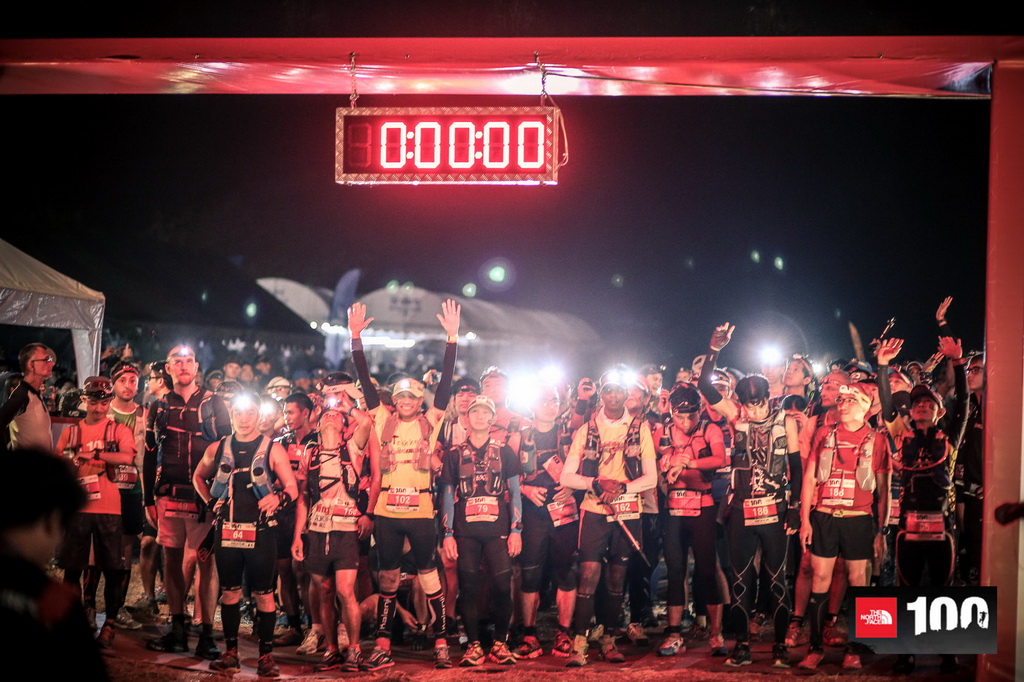 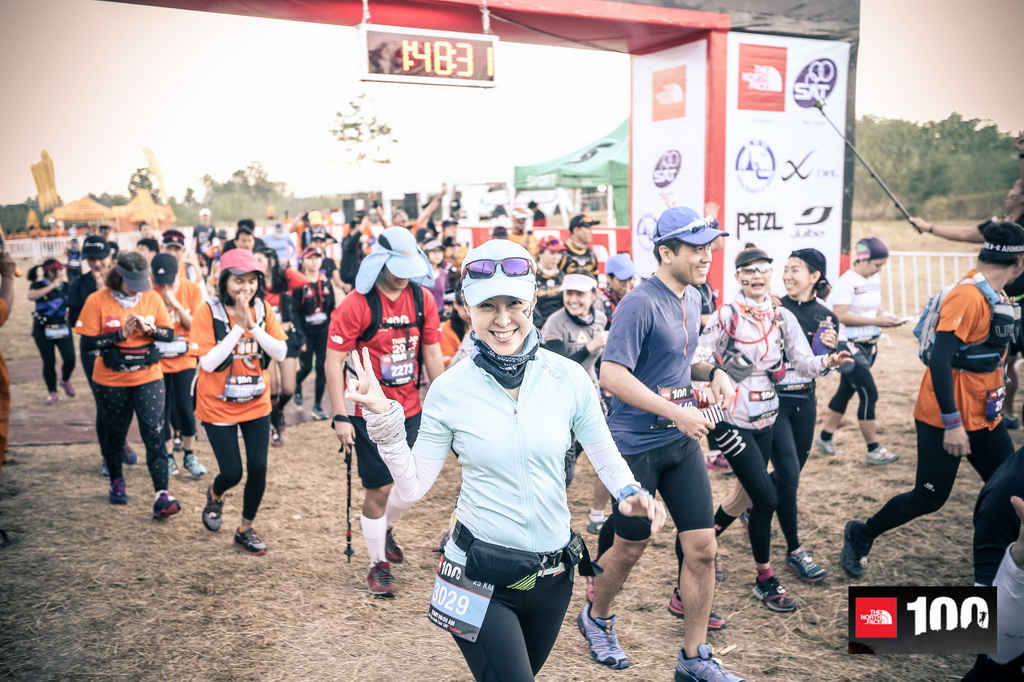 A record line-up of 3,200 athletes from around the world took part in The North Face 100® Thailand 2017 on 4th February in Pak Chong, Nakhon Ratchasima. Launched in 2012 when trail running was a little known sport in the country, the event has since grown to become the largest of its kind and is part of the annual Asia Pacific Series.

Tough conditions with temperatures exceeding 36 degrees centigrade during the day made for a challenging event for all runners across the five distances – 15km, 25km, 50km, 75km and 100km.

With 1,144 runners competing in the ultra distances (50km, 75km, 100km) this year, Thailand's hopes were pinned on Sanya Khanchai (2013, 2014 winner) and Jantaraboon Kiangchaipaiphana in the 100km. Following a break out performance just three weeks before at the Hong Kong 100 Ultra Trail® Race – one of the signature events on the Ultra-Trail® World Tour – where he finished seventh in his first ever solo 100km, Jantaraboon put in an excellent performance at The North Face 100® Thailand to finish second behind Chiang Mai-based Harry Jones (GBR) who claimed the 100km title in a time of 09h 26m 24s. Sanya finished a credible sixth in a field of top talent from 21 countries.

In the female division it was a close race for the top spot between Phitchanan Mahachot (THA) and Kylie Ayson (NZL). Previously based in Hong Kong and having trained on the mountainous trails there, Kylie pushed Phitchanan hard but in the searing heat it was the Thai athlete who crossed the line first in a time of 12h 34mins 26secs, with the fast finishing Kylie less than 10 minutes behind.

The largest fields of competitors were the 25km and 15km distances with 1,137 and 930 runners respectively. Split into waves, there was camaraderie on the trails and some close racing across all the age group categories. In the 25km it was Kritsada Narasavat (THA) and Shiu Yan Leanne Szeto (HKG) who took home the overall male and female titles while Sarawut Ngamsri and Chalita Chuleekeitl won the overall male and female titles in the 15km.

Considered Thailand's Ultimate Trail Running Challenge, The North Face 100® Thailand attracts runners from all over the world each year and has put Thailand on the map as a top trail-running destination in Asia.