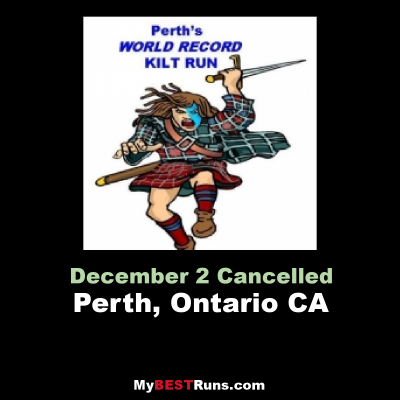 The idea to hold a kilt run in Perth, Ontario was conceived in October 2009 by Terry Stewart after the Mayor of Perth, Ontario submitted a letter to the Perth Courier requesting town residents to come up with an idea to help Perth, Scotland celebrate their 800th Anniversary. Happy Birthday Perth, Scotland!! Canada’s 8K Perth Kilt Run represents Scotland’s 800 years of existence.

The first kilt run held was in June of 2010. There were 1,089 finishers...breaking the old record of 250, and setting a new OFFICIAL Guinness World Record.

The main charity of the kilt run is the MS Society. Over $55,000 has been raised in the first three years of the race. 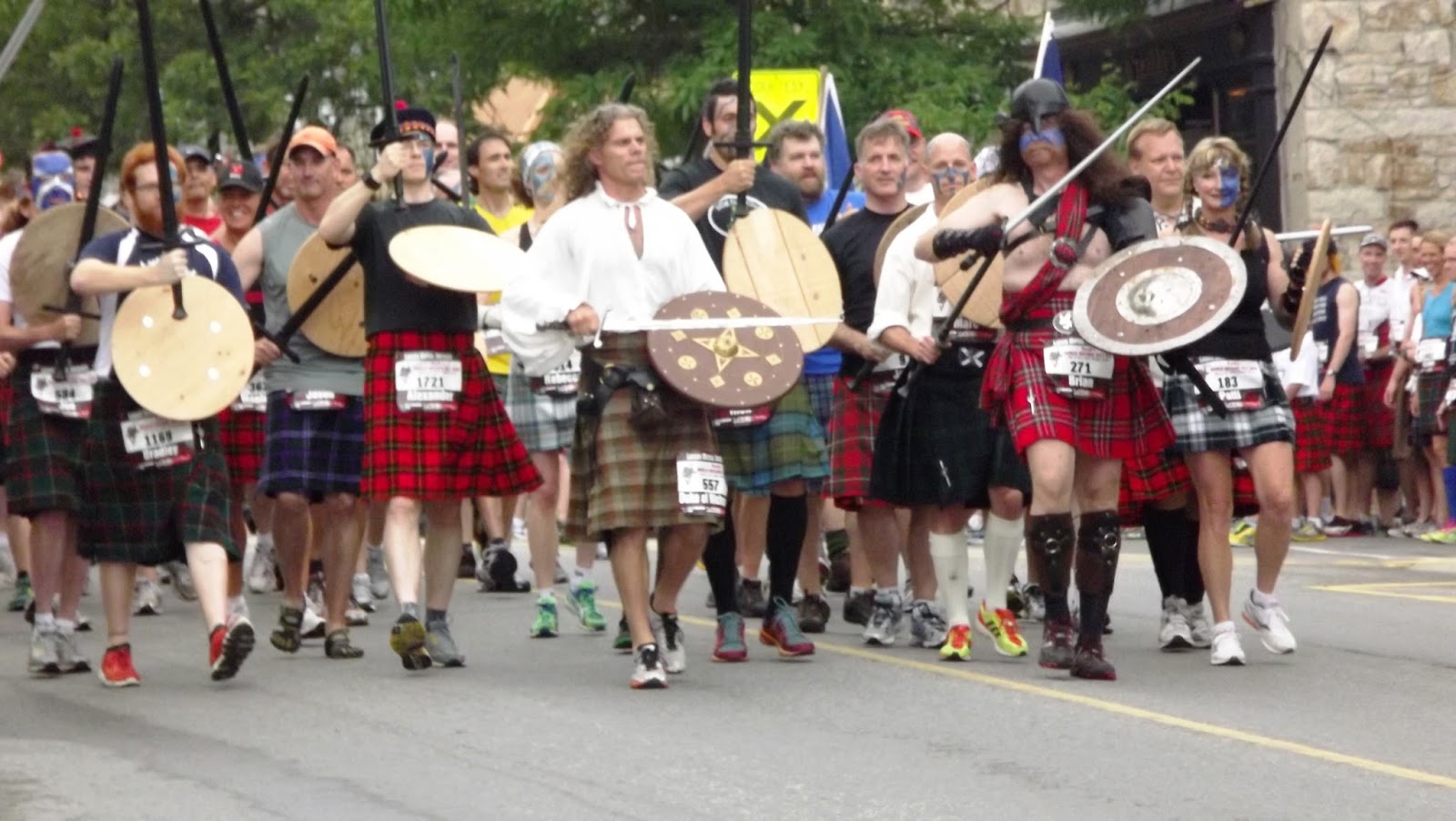 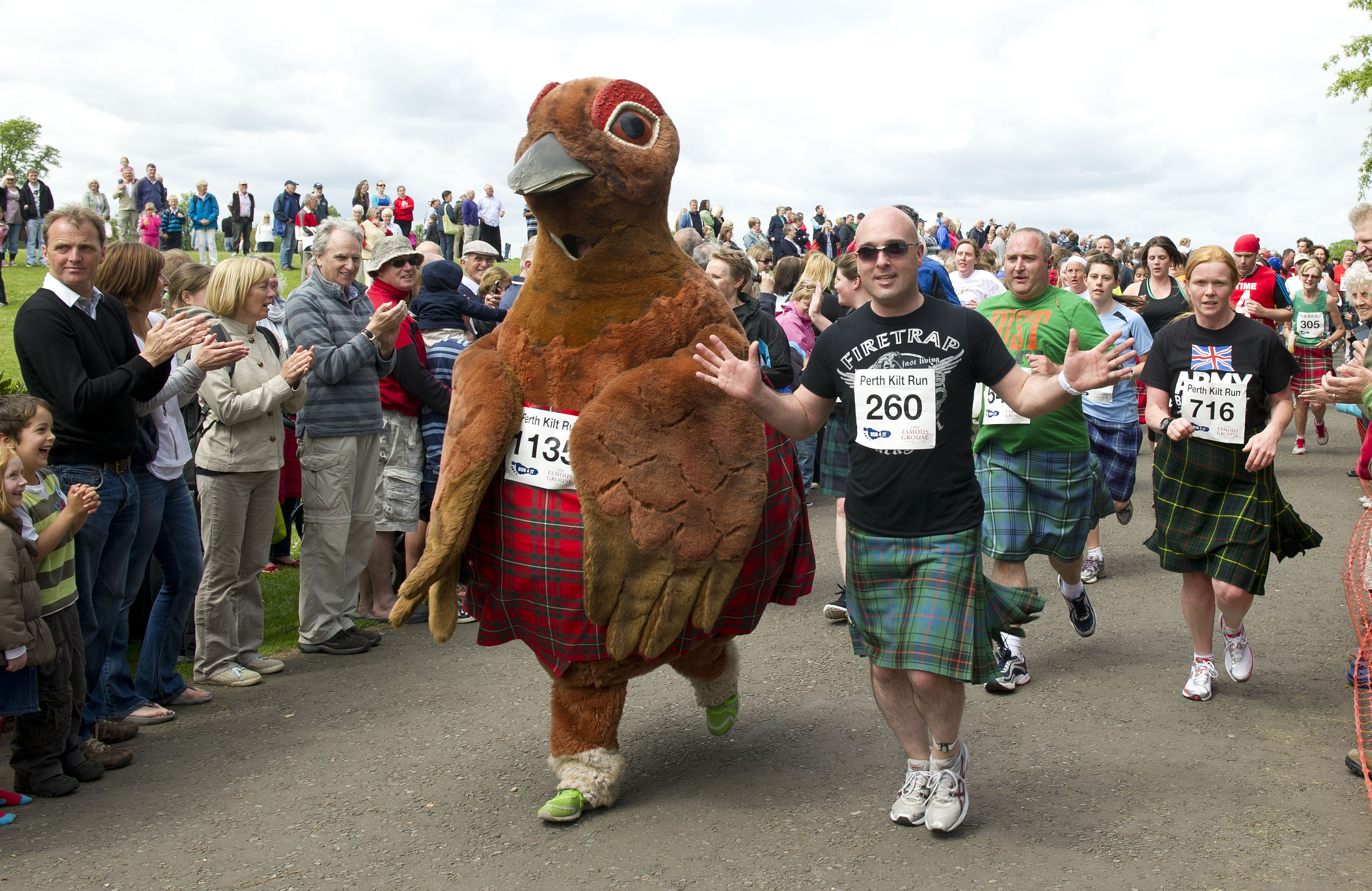 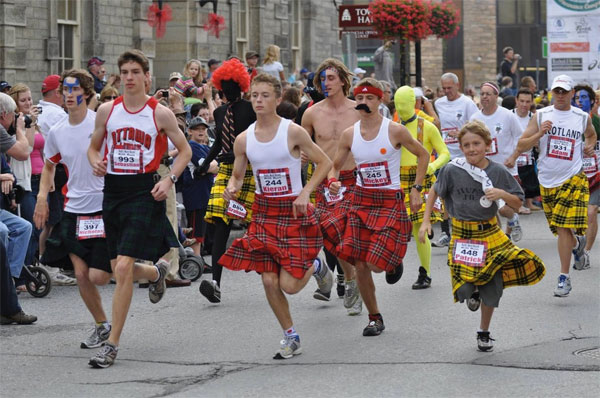 2012 was the Queen’s Diamond Jubilee. In 2012 Perth, Scotland became an official City. In 2012 Perth, Scotland attempts its first kilt run and its first attempt to smash Canada’s record of 1089 kilted runners. Terry Stewart, Mary Stewart, David Eggleton, Mayor John Fenik, and Glenn Tunnocktraveled to Scotland to participate in their 5k run. Rumor has it they came very close to breaking Canada’s record 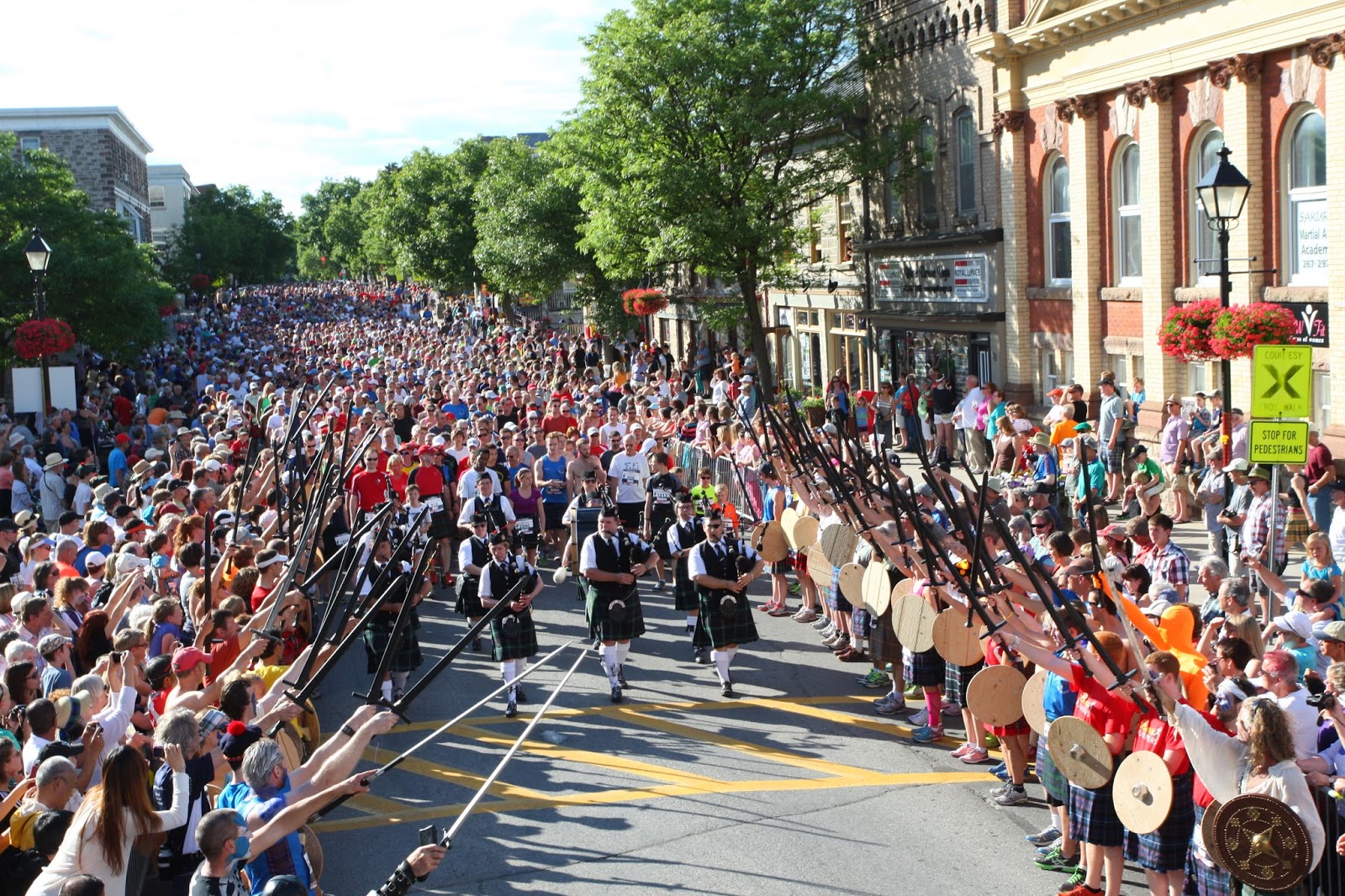 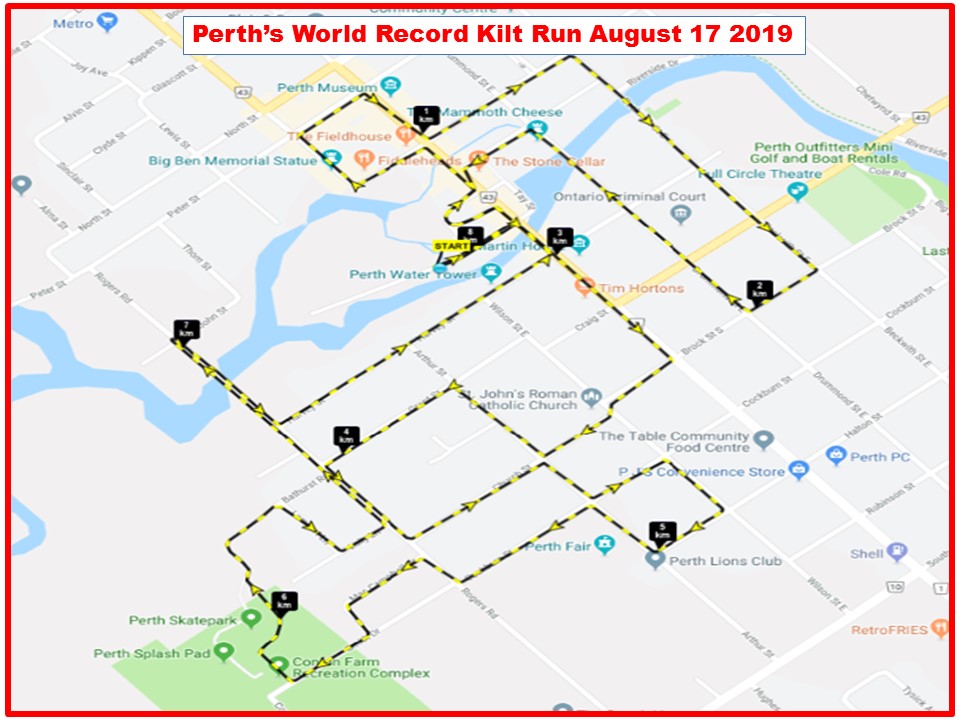