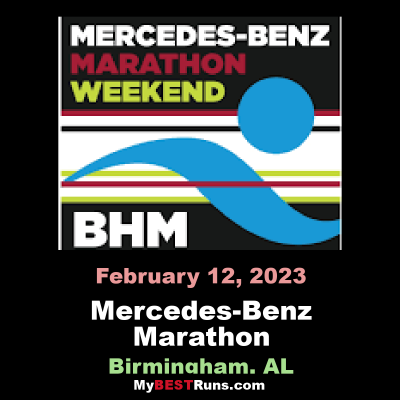 The race is a Boston Marathon qualifier and attracts racers from across the nation and around the world. The race was founded in 2003 as a fundraising effort for The Bell Center, a program for developmentally-challenged children. Celebrating 18 years, we're Alabama's premier running weekend!

Bring the family and stretch out your legs on Saturday with our Regions Superhero 5K then run or walk one of our well organized Sunday races including the Full marathon,Half Marathon and Marathon Relay. After you cross the finish line on Sunday and receive your Mercedes-Benz hood ornament medal, the celebration begins with our post race party. Lots of BBQ, free beer, free massages, 2 live bands and plenty of dancing if your legs will allow. Run Birmingham and walk away with a lot of fun memories and some pretty cool bling! 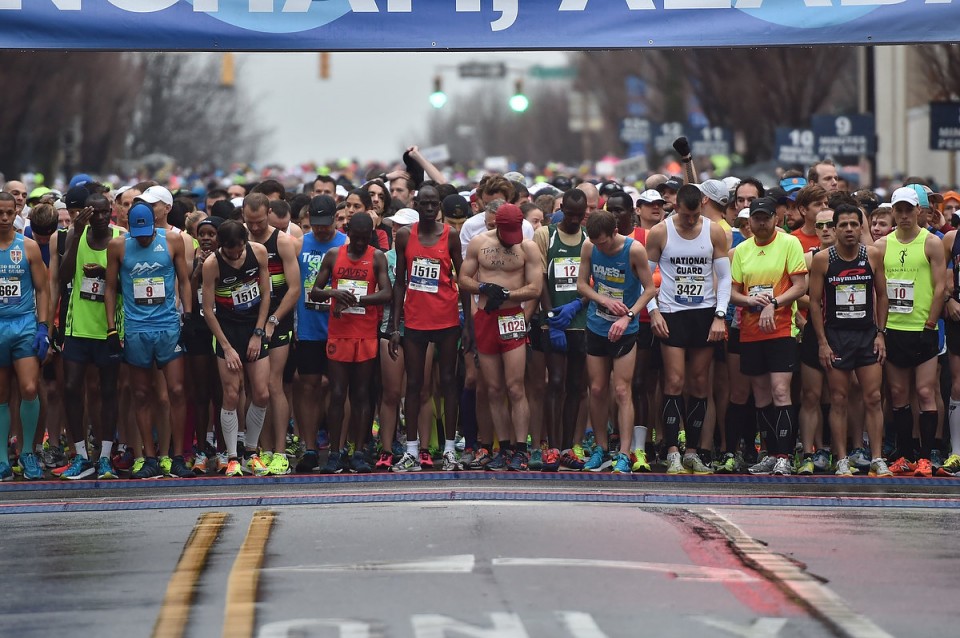 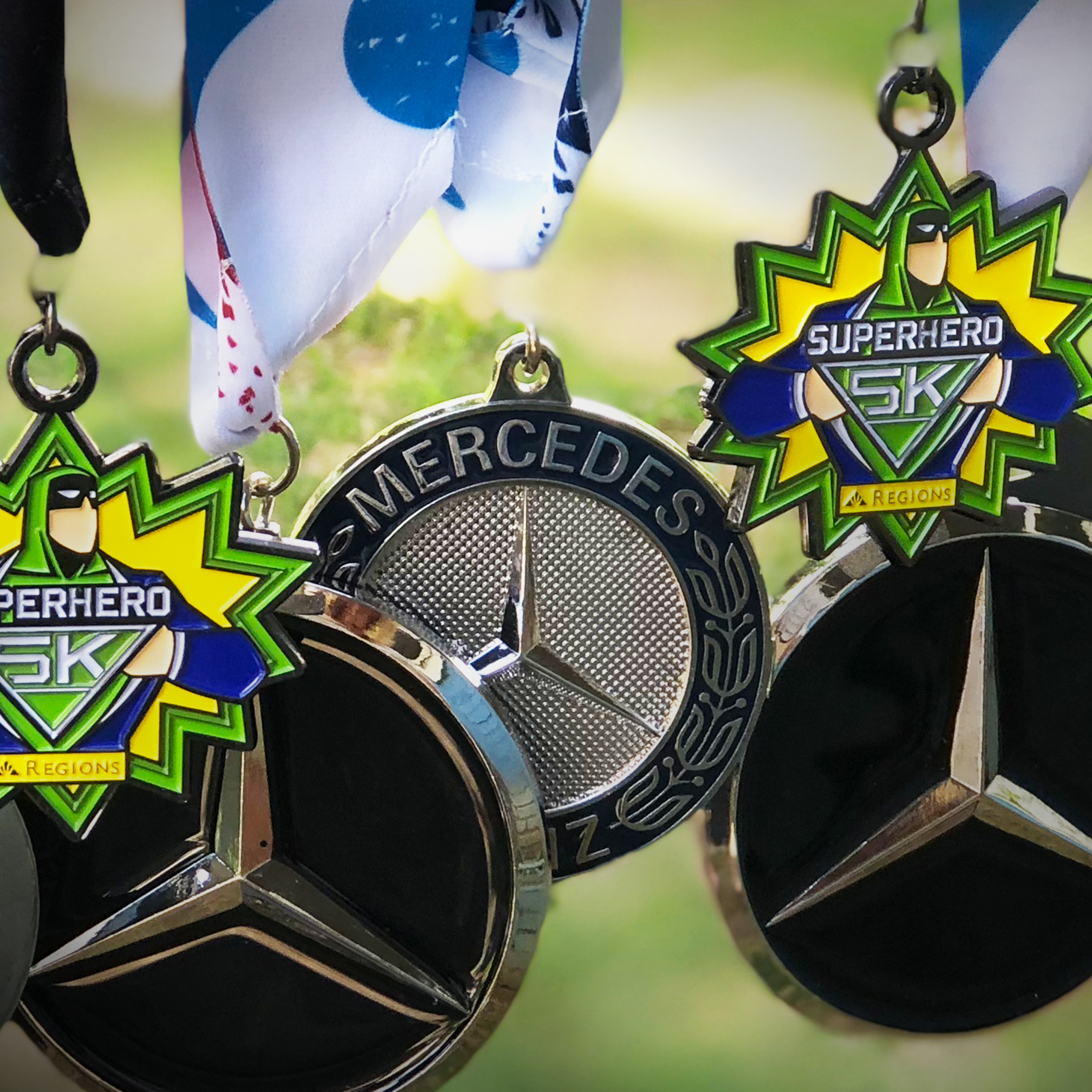 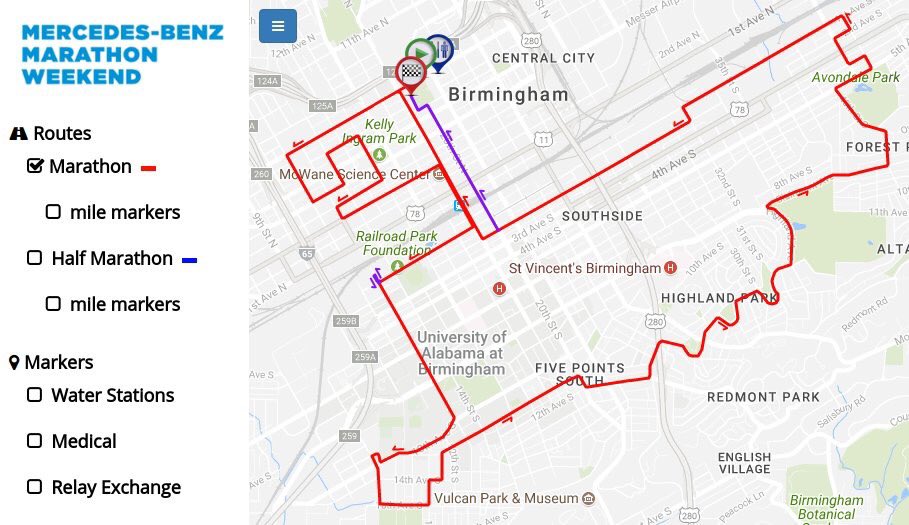