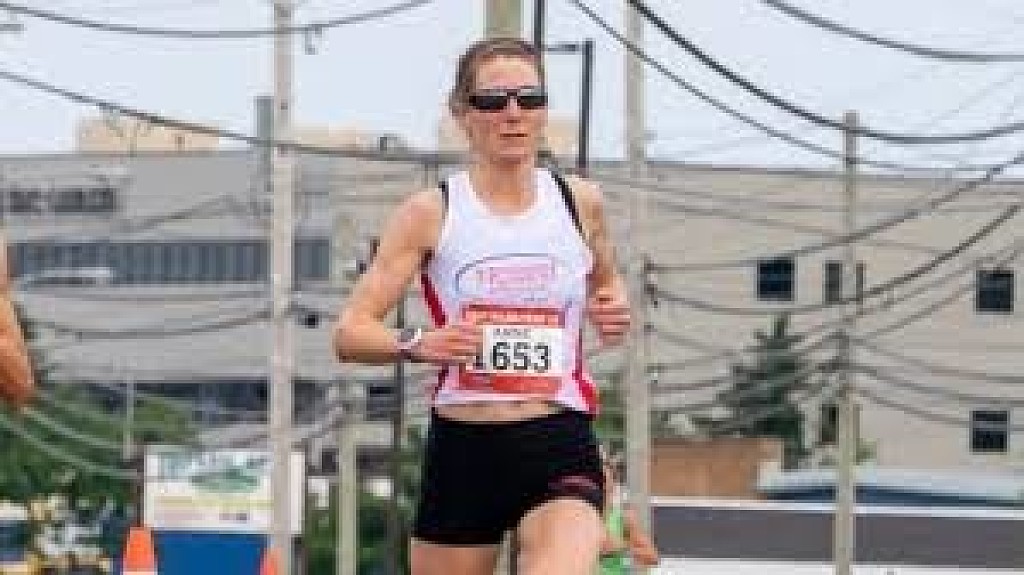 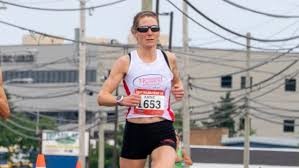 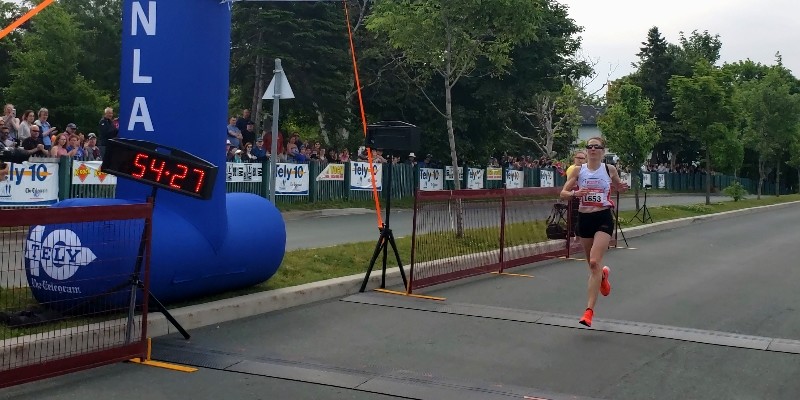 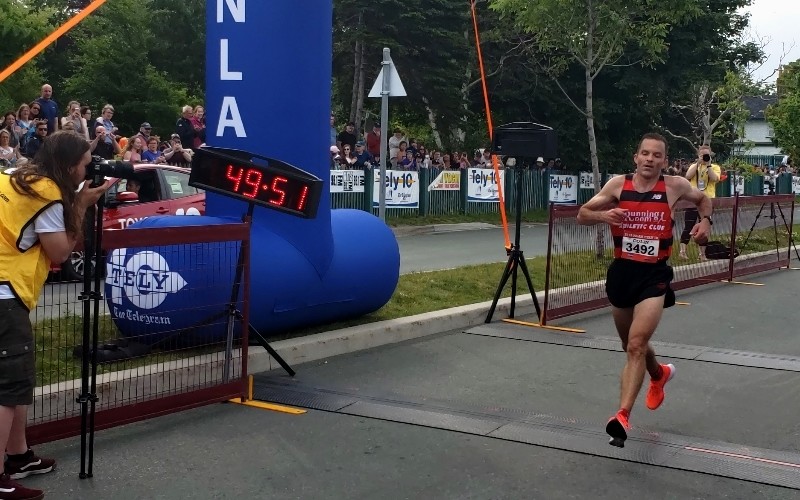 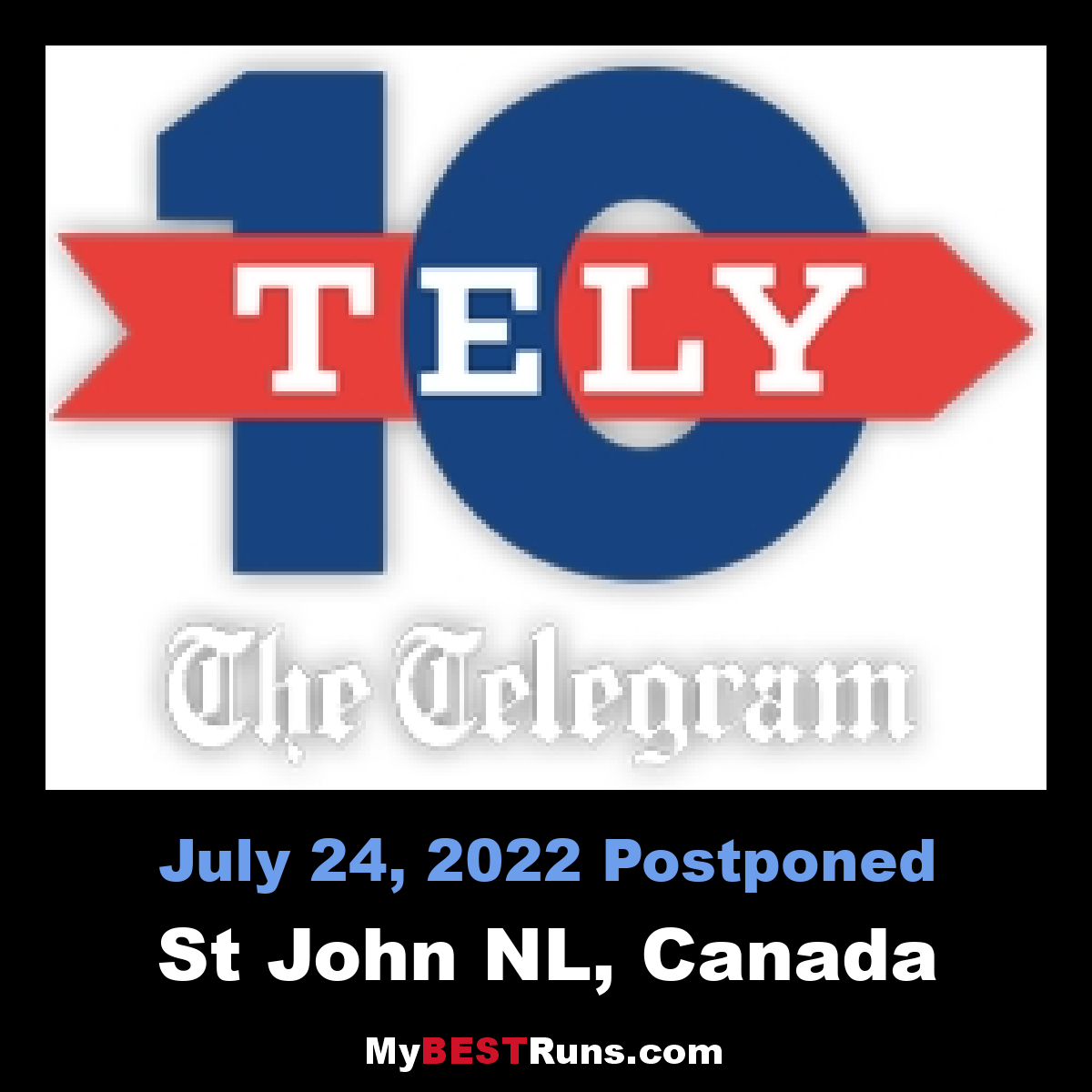 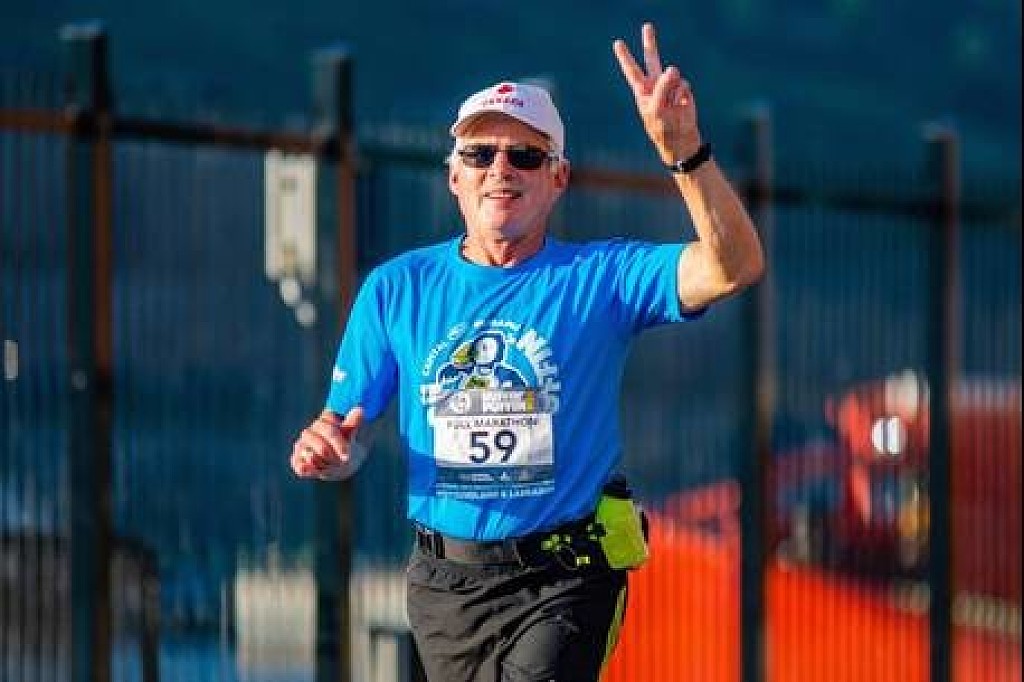 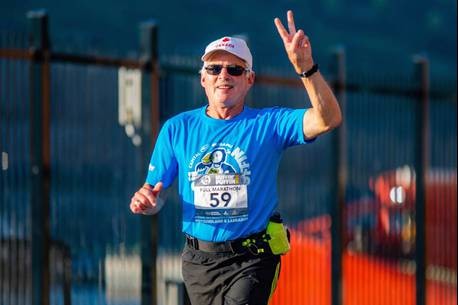 ““On Sunday, I will run my 47th Tely 10 — and 44th consecutive race — joining thousands of other runners and walkers in the morning as we journey eastwards from Octagon Pond in Paradise to Bannerman Park in the heart of St. John’s,” says Joe Ryan.

“I have witnessed many changes in the classic road race, the most obvious being the tremendous increase in the number of participants in recent years.

“On a recent Sunday morning, as I led a training run for a group of Tely participants over the Topsail Road course, a passing comment from one of the runners got me thinking back to my first Tely 10 so many years ago.

“The year was 1969, the date Oct. 12, much later than our now standard fourth Sunday in July. And instead of lining up in starting corrals on McNamara Road, as we will do for this year’s race, all seven or eight of us toed the starting line on King George V Track near Memorial Stadium. 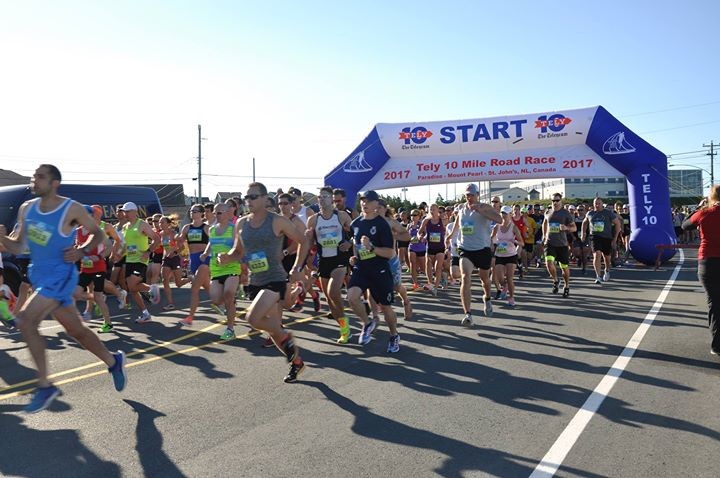 “Yes, that’s right. The Telegram 10-Mile Road Race was held on an oval track — for the second consecutive year.” 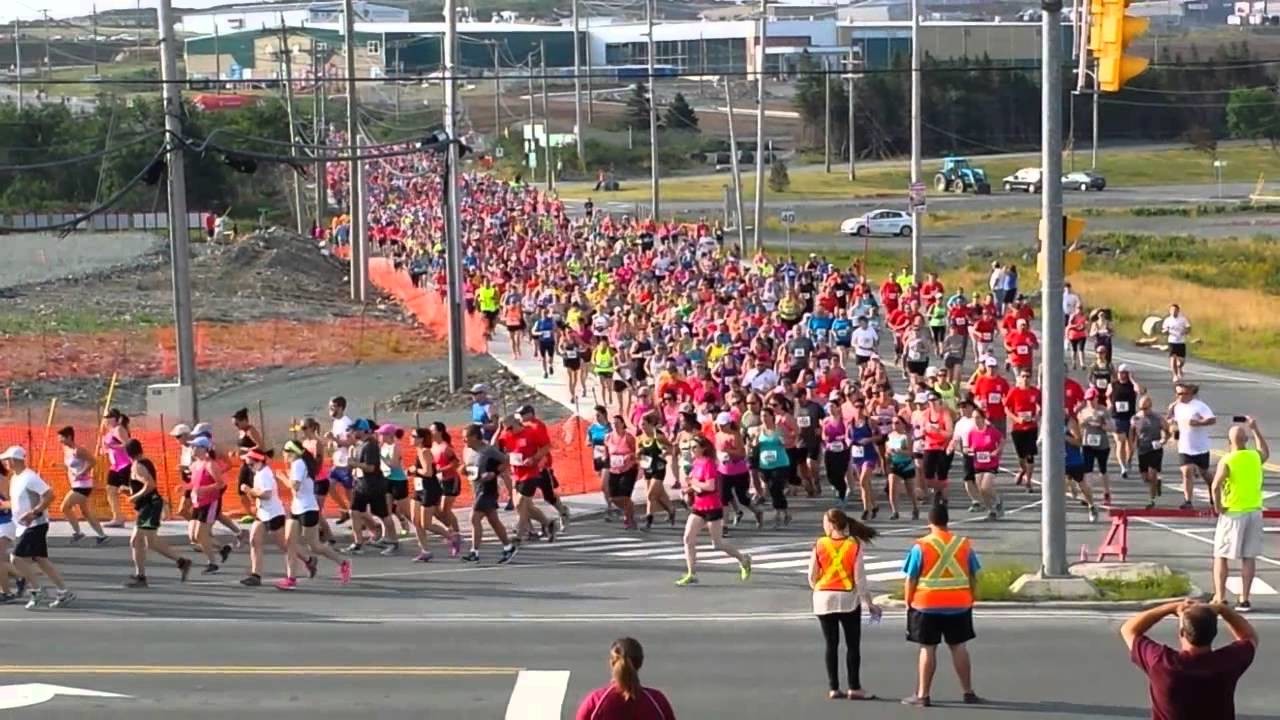 He is a retired teacher, and is now teaching and coaching runners.

It was a humid day in Paradise on Sunday as almost 4,700 runners laced up for the 91st running of the Tely 10, Newfoundland’s oldest and most popular road race. But a little humidity didn’t stop Florence Barron from smashing the existing record for the 80+ age group (2:23:49, set by Nora Connors in 2016) by more than 45 minutes. Barron celebrated her 80th birthday in April, and this was the fourth time she has set a record at the Tely 10. Last year Barron broke her own 75-79 record (just under 1:30), finishing in 1:27. Women were first welcomed into the Tely 10 in 1969, two years after Kathrine Switzer’s historic first official Boston Marathon finish. The heat and humidity made today’s race especially challenging.  (07/25/2018) Views: 897 ⚡AMP 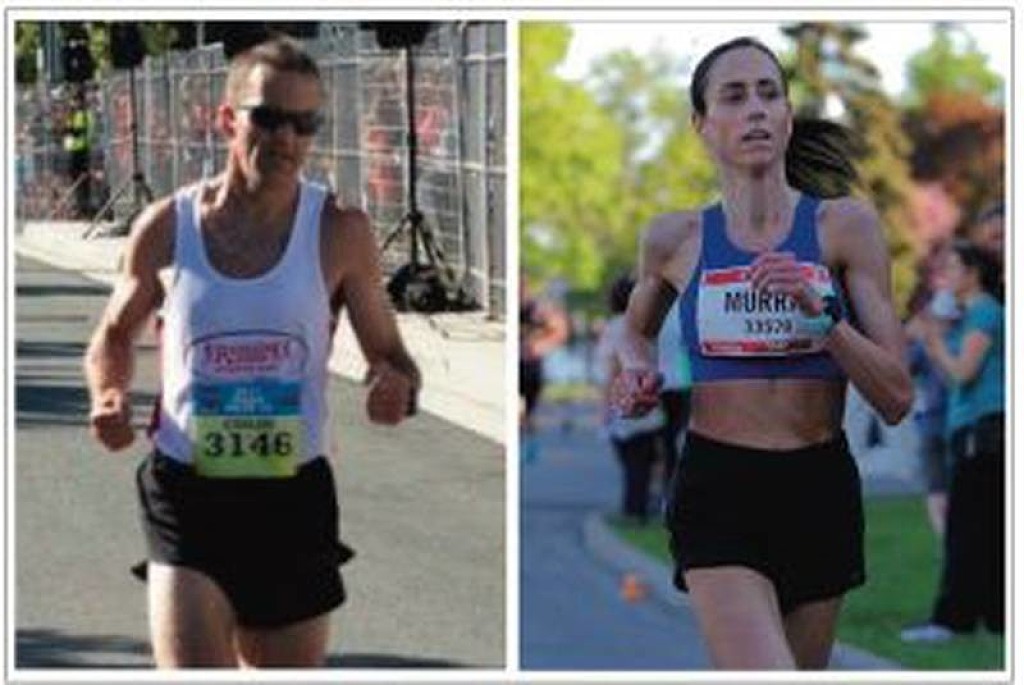 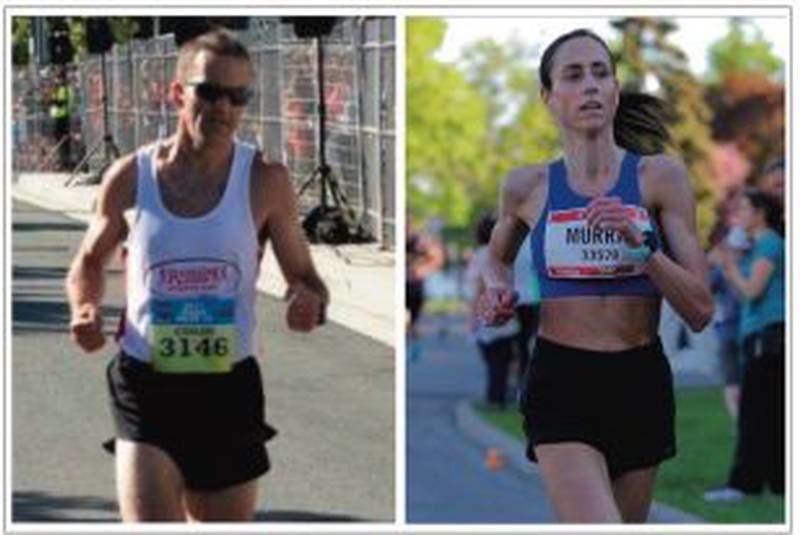 It was a tough Sunday morning on the Paradise-to-Bannerman Park course, with the high humidity taking a roll on the 4,672 runners and walkers who started the race. Despite the conditions, Murrin bettered her time from last year, crossing the finish line in 56:58. But she paid for it at the end, requiring attention from St. John Ambulance attendants. “That’s the toughest race I’ve ever been in,” Murrin said afterwards. Colin Fewer agreed, after finishing in a time of 52:05. Last year, Fewer set the record for most Tely 10 victories with his 10th championship. Anne Johnston led all women for most of the race before she was overtaken by Murrin. Johnston finished in 57:34, and Kate Bazeley, the current course record-holder, was third in 58:41. Jennifer Barron came in fourth in 1:02.08 and Lisa Collins-Sheppard rounded out the top five, stopping the clock in 1:02.29. Montreal’s Graydon Snider placed second behind Fewer, just as he did the last time he ran the Tely, in 2016. Snider’s time was 52:40. Chris Galley was third in 54:01, Nick Snow fourth in 54:22 and Michael Gill of Oakville, Ont. placed fifth in a time of 55:02. (07/23/2018) Views: 887 ⚡AMP 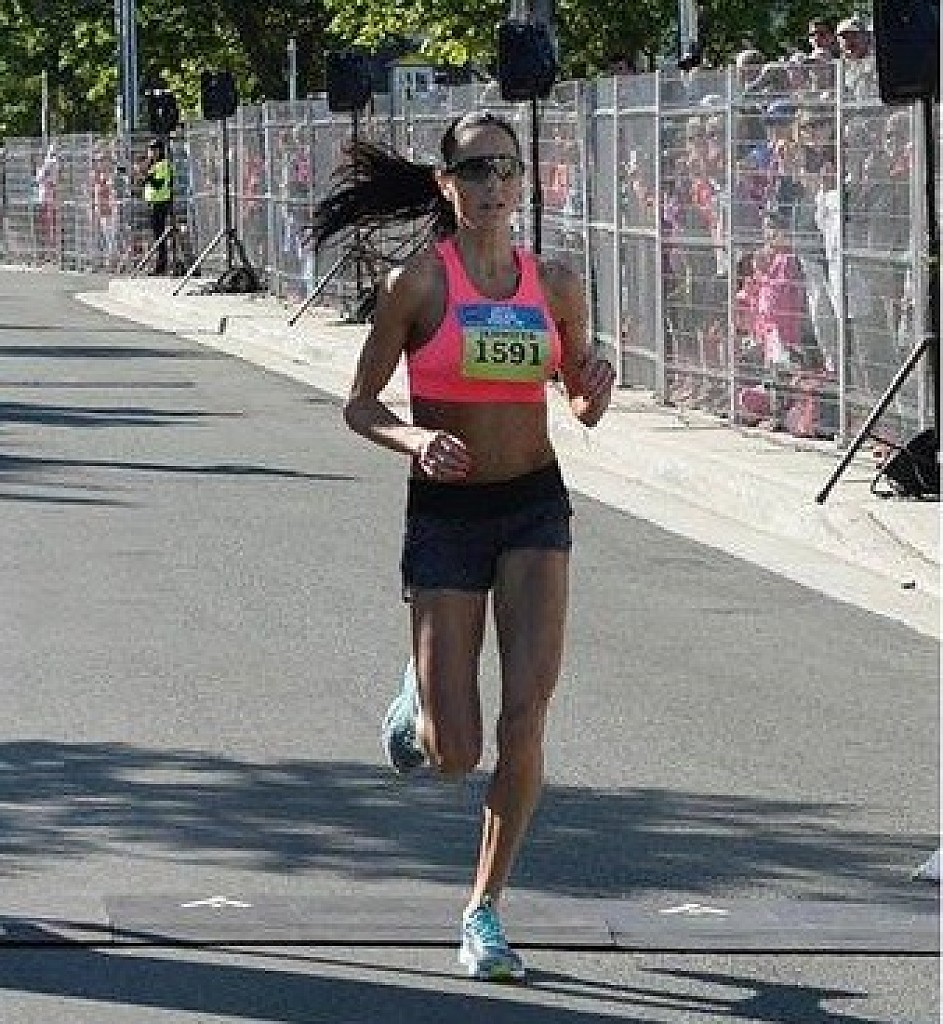 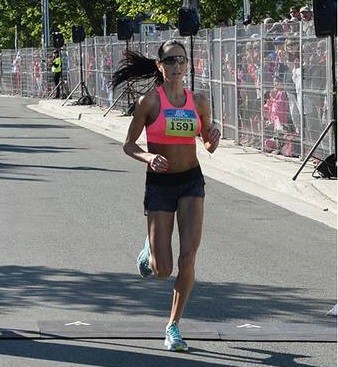 Jennifer Murrin won the 2017 Tely 10 title, has won the race four times, and is the current course record holder, having set a new standard two years ago at the 2016 Tely 10.  Kate Bazeley regards herself as somewhat of an underdog entering tomorrow’s 91st race.  Bazeley — who has posted three of the five fastest female times ever recorded in Tely 10 history — feels she’s a dark horse in this year’s race. She missed last year’s race following the birth of her third child in early July. “The comeback has been a bit slow, and I’ve had this setback (glute injury). But I’m not counting myself out at all. I do think it’s going to be exciting to get out there and mix it up.  “The last few times I’ve ran, I’ve sort of found myself out there alone. I don’t anticipate that this year.” While Colin Fewer is all but assured his 11th Tely 10 men’s title, the women’s championship is up for grabs. (07/21/2018) Views: 1,066 ⚡AMP 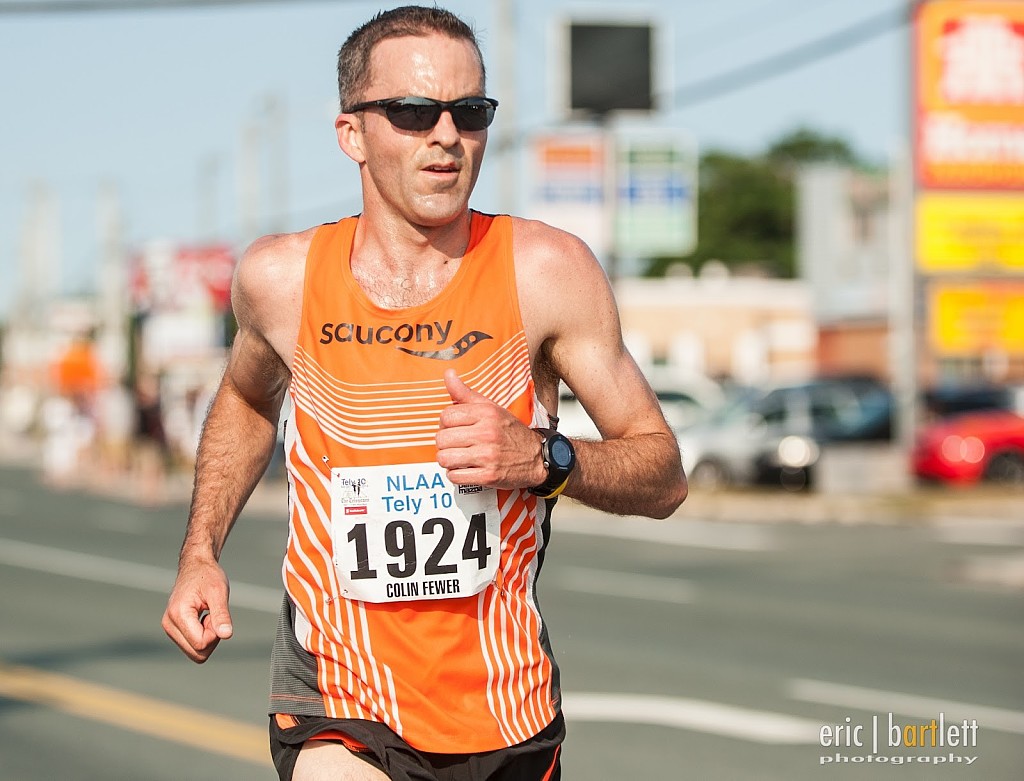 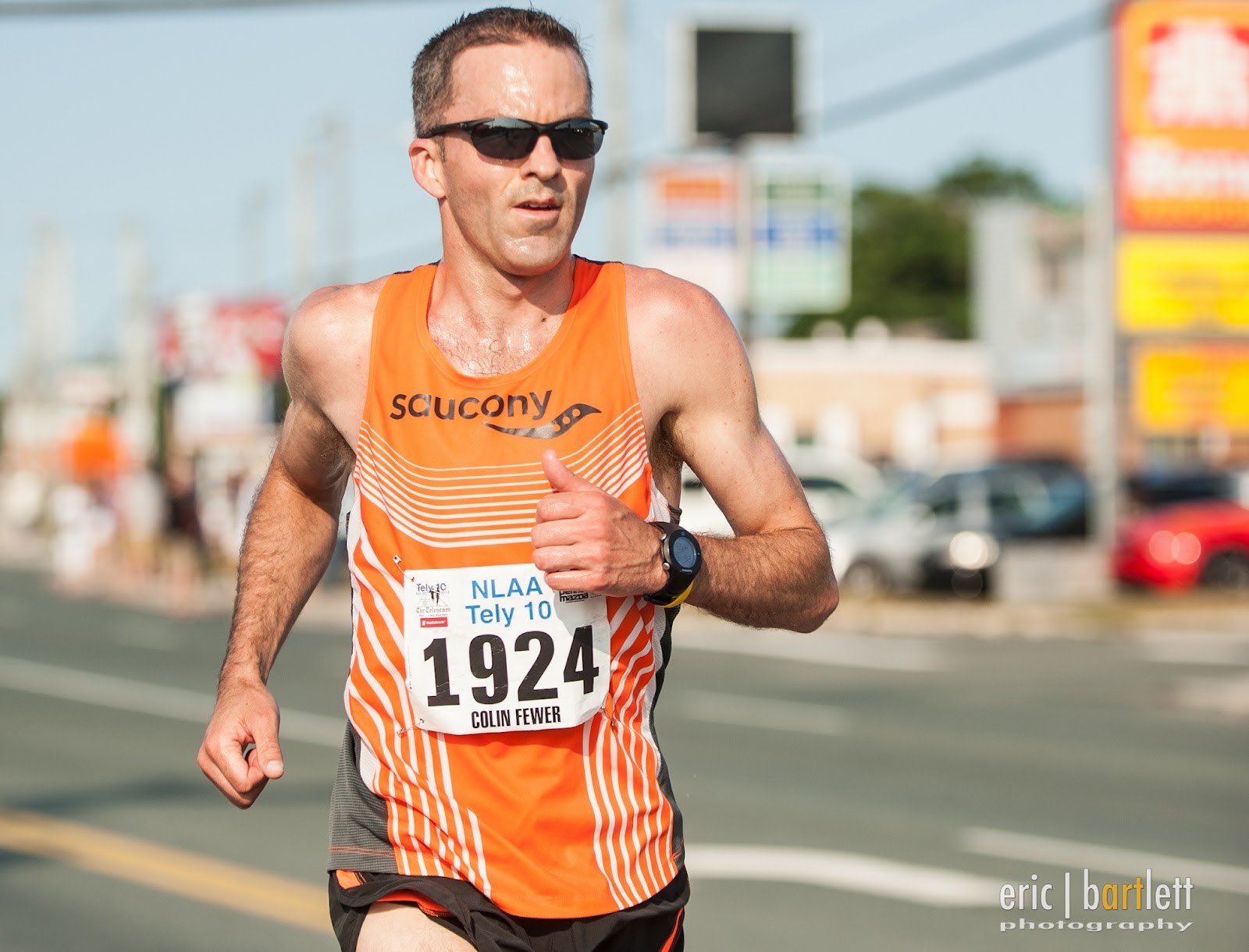 Colin has won the race more than anyone else in its 90 years, and can boast seven of the top 25 all-time Tely 10 times that have been clocked over the 10 miles.  It still gives me butterflies thinking about racing it. “It’s never been an easy race for me. Definitely gives me challenges, but I’m healthy and motivated to still run a good time.” It might not be an easy jaunt for him, from Paradise to Bannerman Park, but it sure seems like it. But whether it’s the Tely or a national race or some local event, what keeps Fewer going is the never-ending quest to run the perfect race. “I still feel I haven’t run my best Tely yet, ironically,” said the 41-year-old teacher from Paradise. “Even last year, I had a personal best time. but I still feel I could have been faster.” Fewer’s 49:41 last summer was the sixth-fastest time clocked on the course.  “This whole new masters category is something that’s motivating me,” he said. “I might have left some of my youth back on the road in my mid-20s when I wasn’t training as serious as I should have been.” In the spring, Fewer ran the Vancouver Sun Run, finishing 16th overall of 34,000 runners and the top masters runner. During Ottawa’s Race Weekend in May, despite feeling under the weather, he was 18th overall and the eighth Canadian in the 10K race. “My times have been consistent,” he said. “I’m running the same times that I ran 10 years ago. There are not many in the last 10-15 years in 40-plus with the times that I’m running.” (07/20/2018) Views: 1,016 ⚡AMP