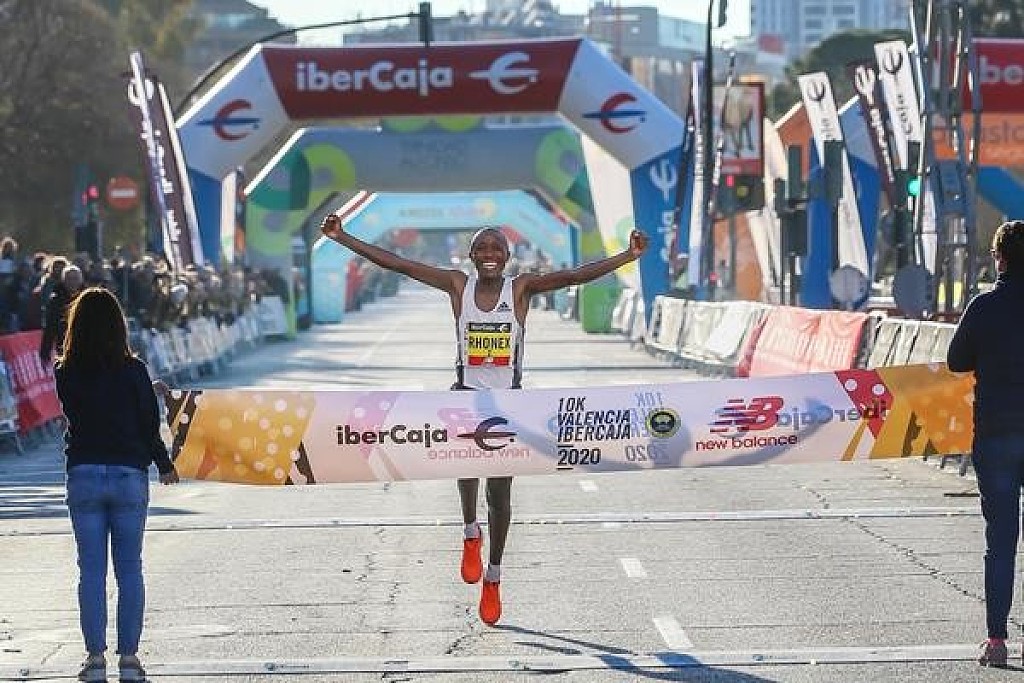 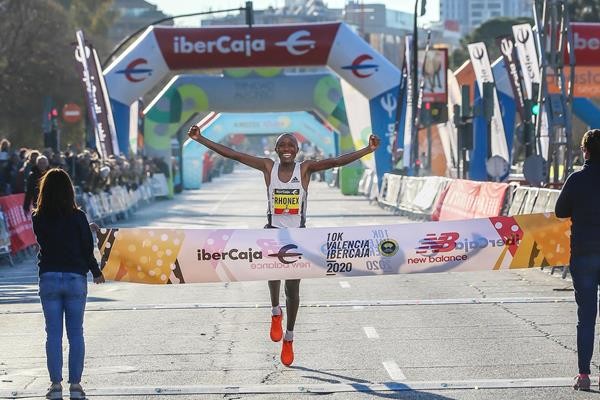 Kipruto’s world record marks came when winning at the 10k Valencia Ibercaja on 12 January. The world 10,000m bronze medalist from Kenya dominated the race, passing through 3km in 7:59 before dropping the last of his challengers.

Rhonex Kipruto reached the half-way point in 13:18, four seconds inside the ratified world record of 13:22 set by Kenya’s Robert Keter in Lille on 9 November 2019. Despite running on his own for the second half, Kipruto increased his pace and covered the final five kilometers in 13:06. 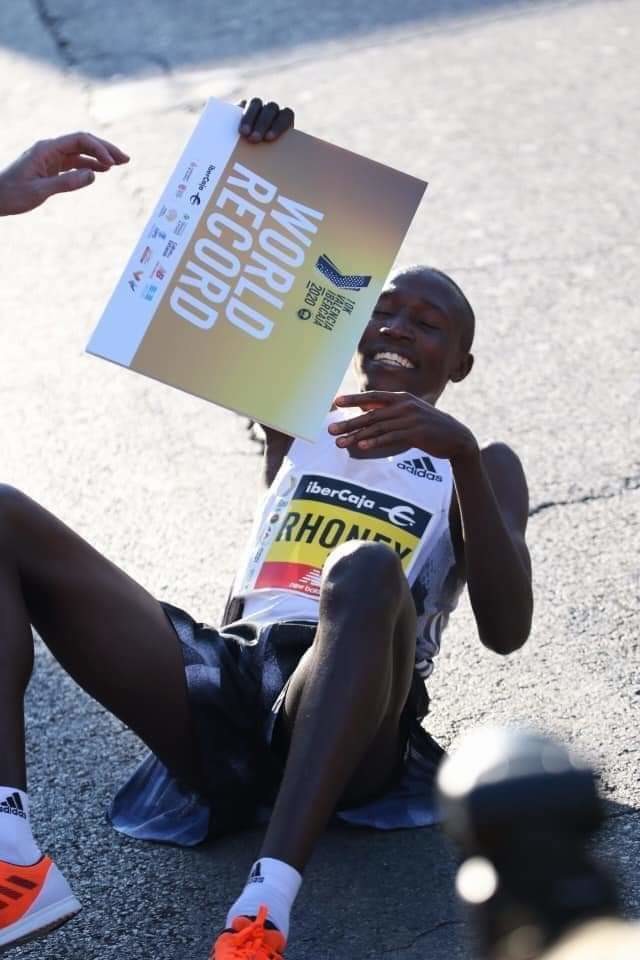 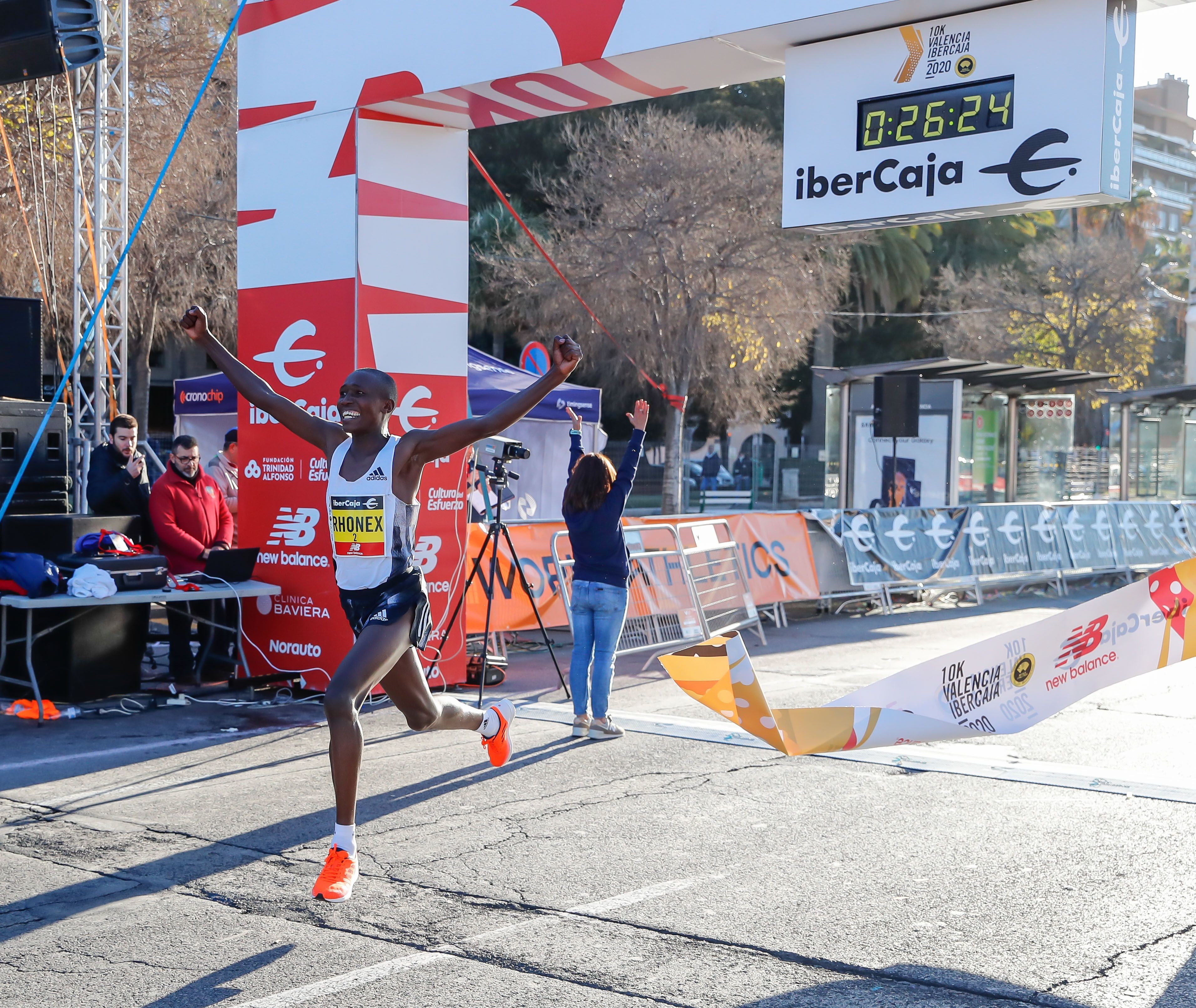 “I’m over the moon,” said Kipruto, who is coached by Colm O’Connell. “When I clocked 26:46 in Prague in 2018, I set myself the target of breaking the world 10km record and today my dream came true.”

In Monaco on 16 February 2020, one month after Kipruto’s run in Valencia, Cheptegei clocked 12:51 over 5km, a mark that is pending ratification. 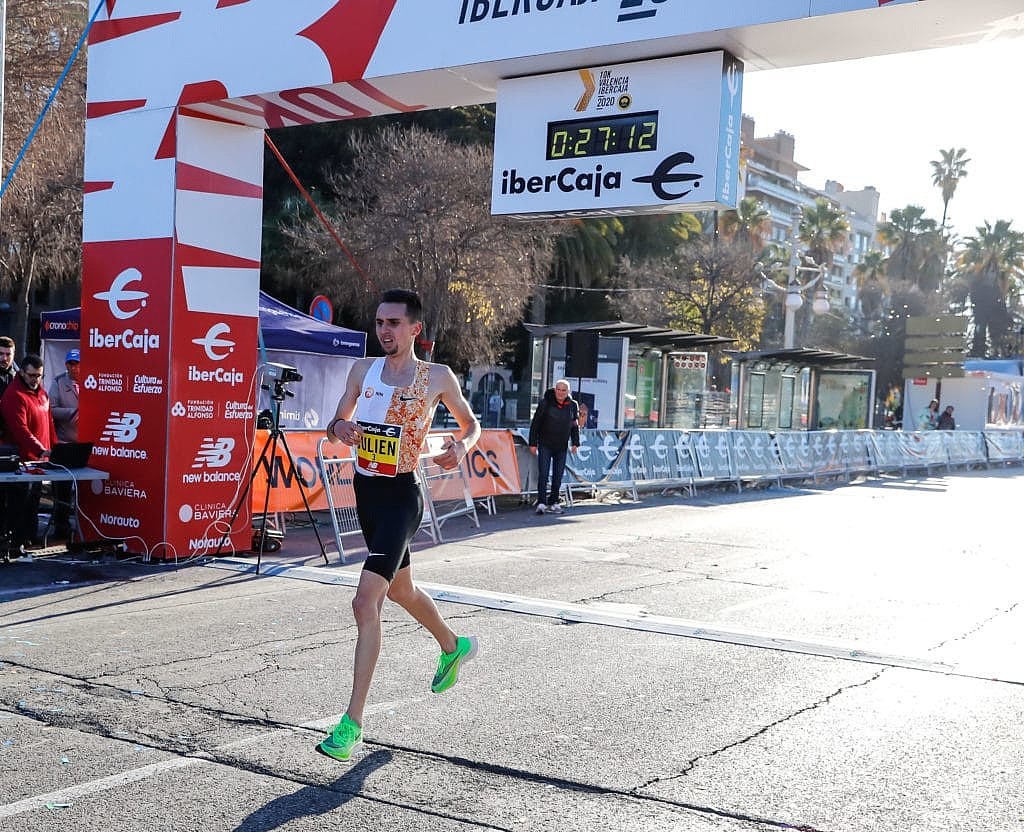 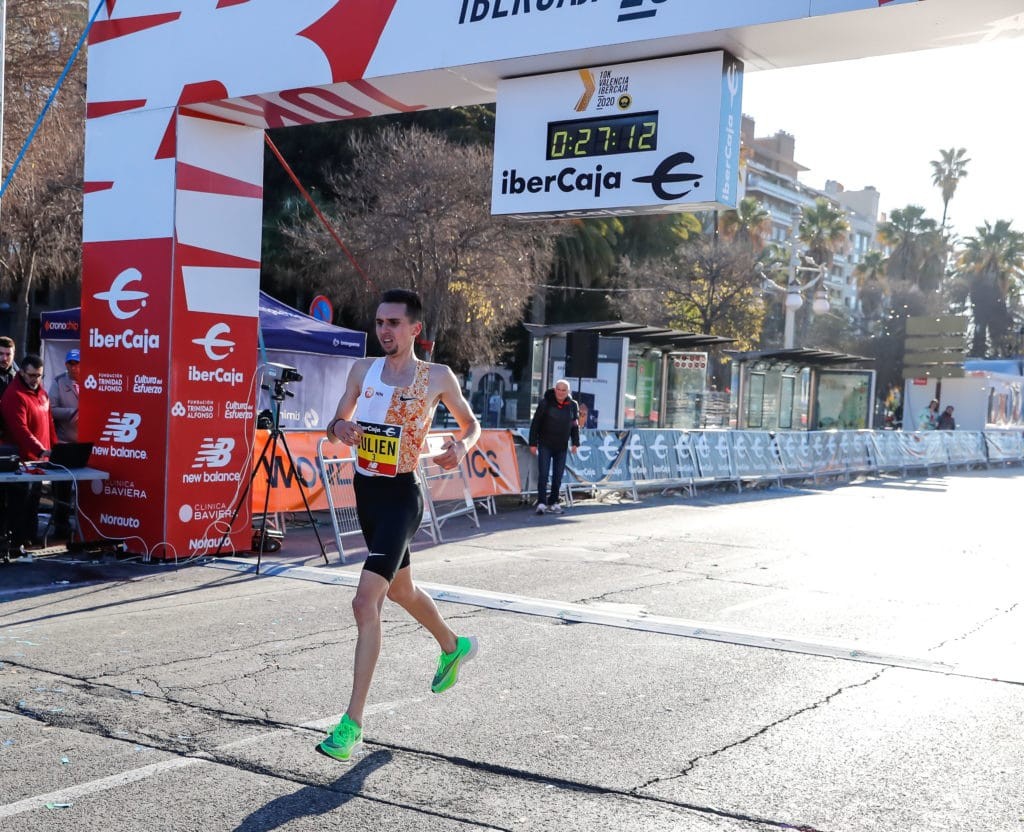 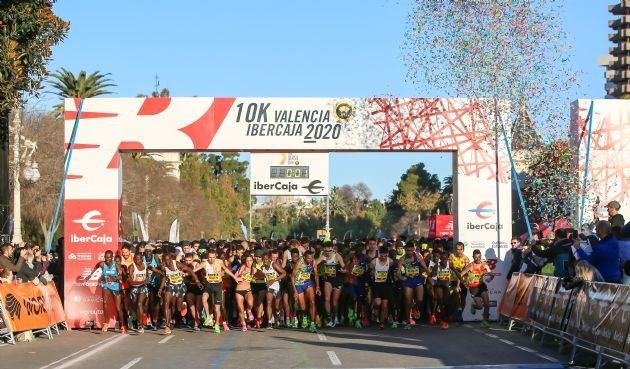 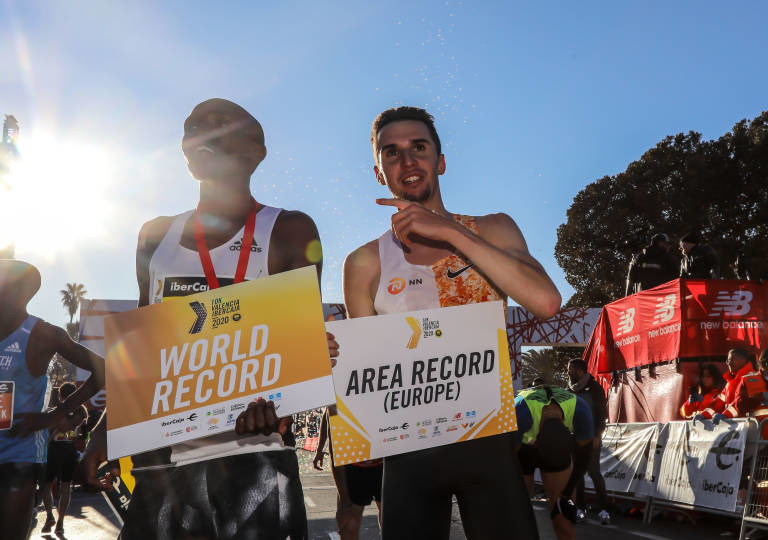 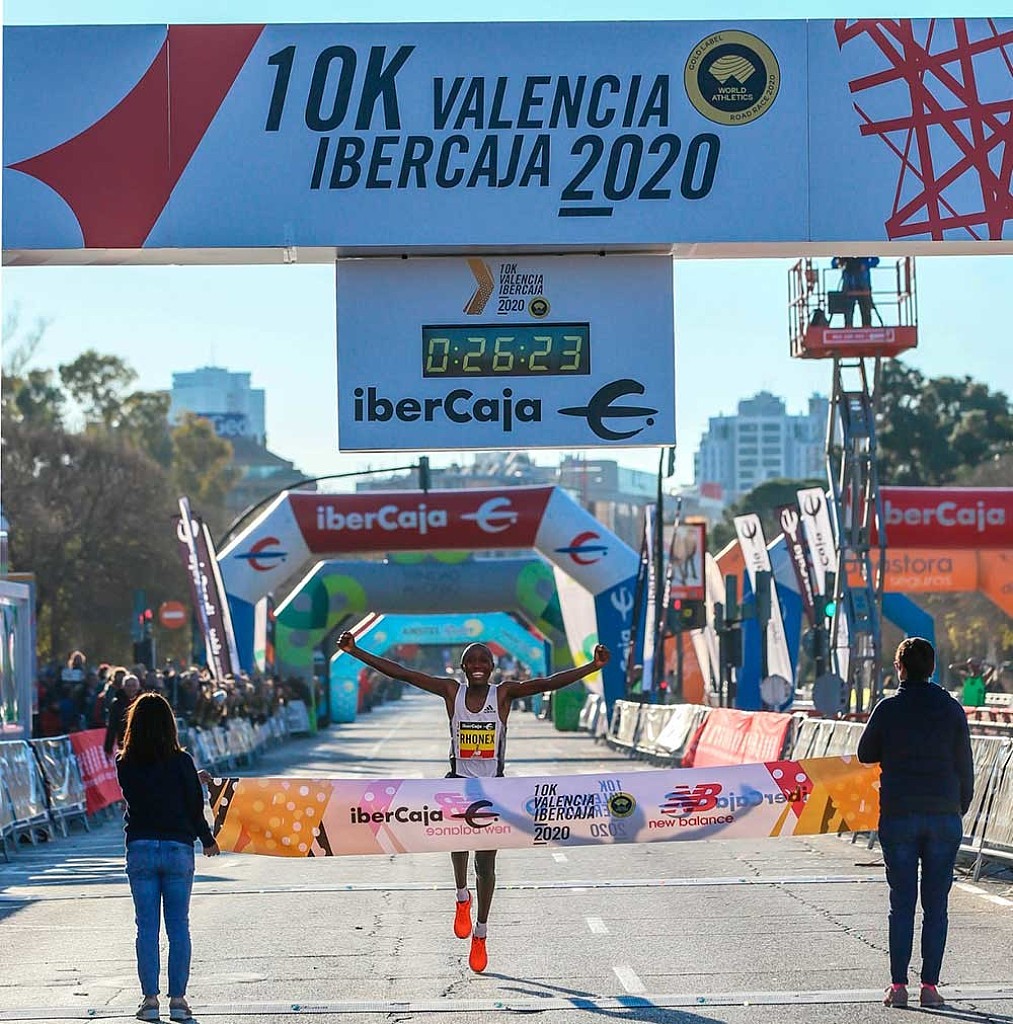 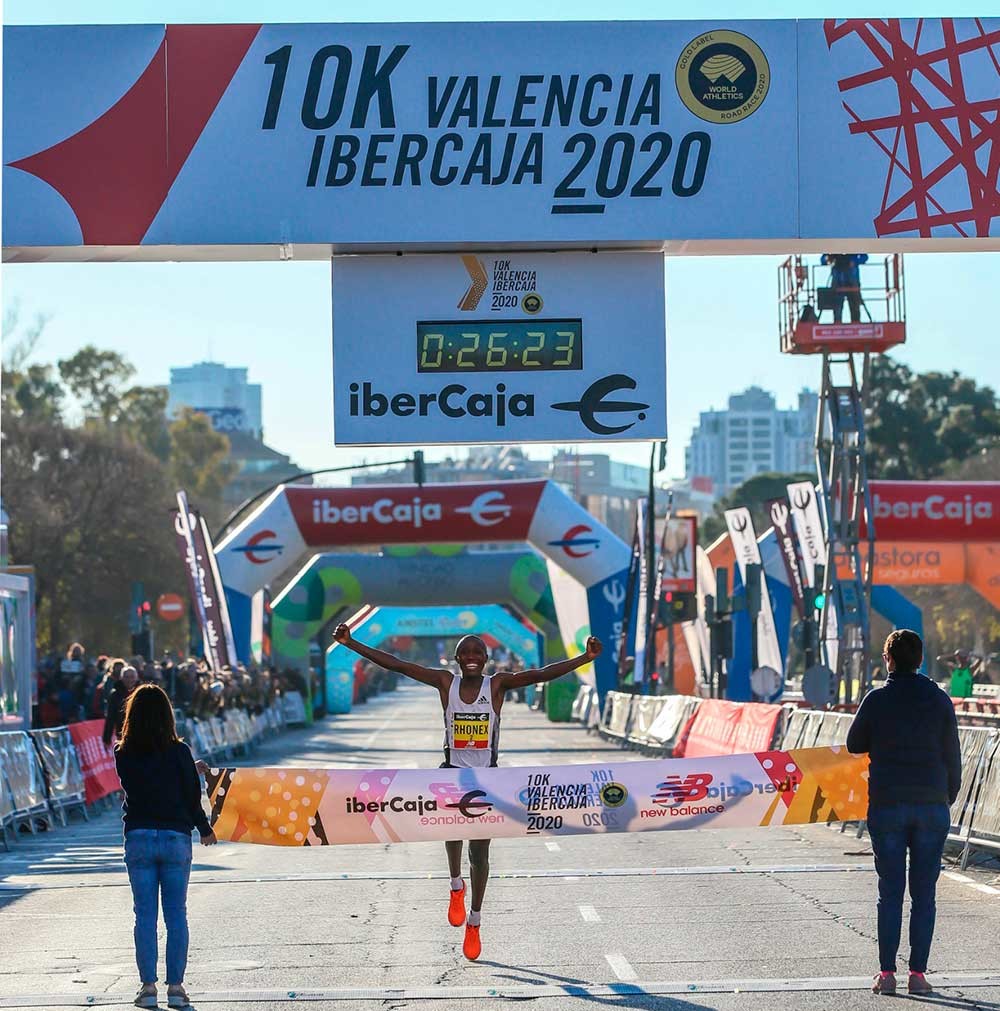 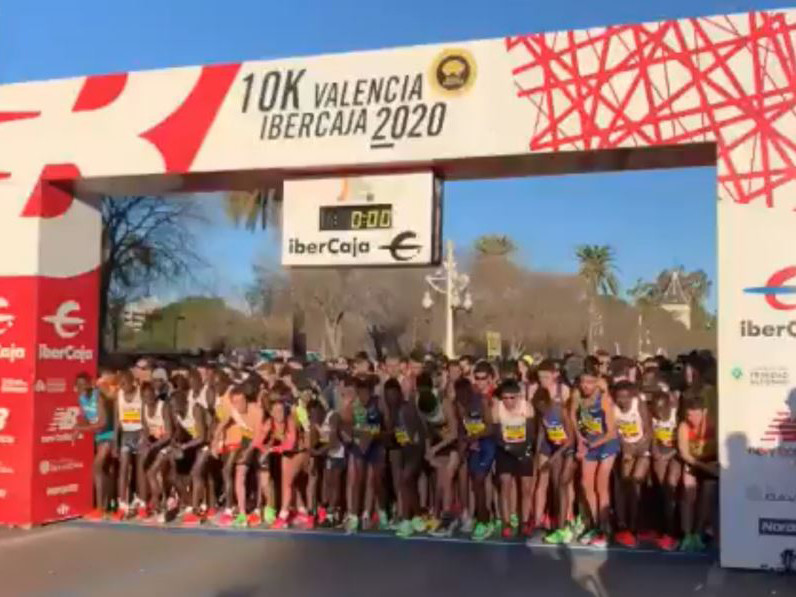 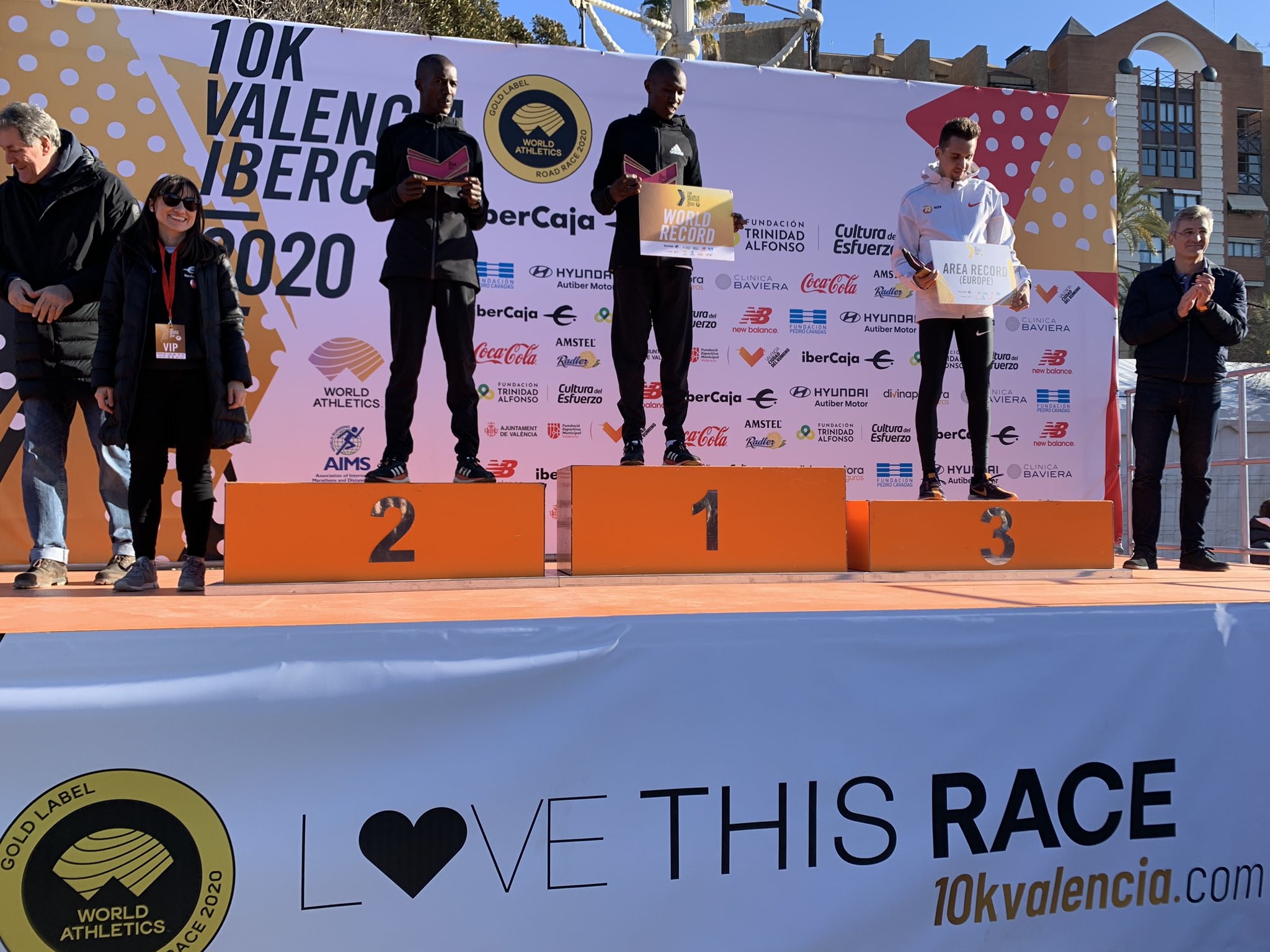 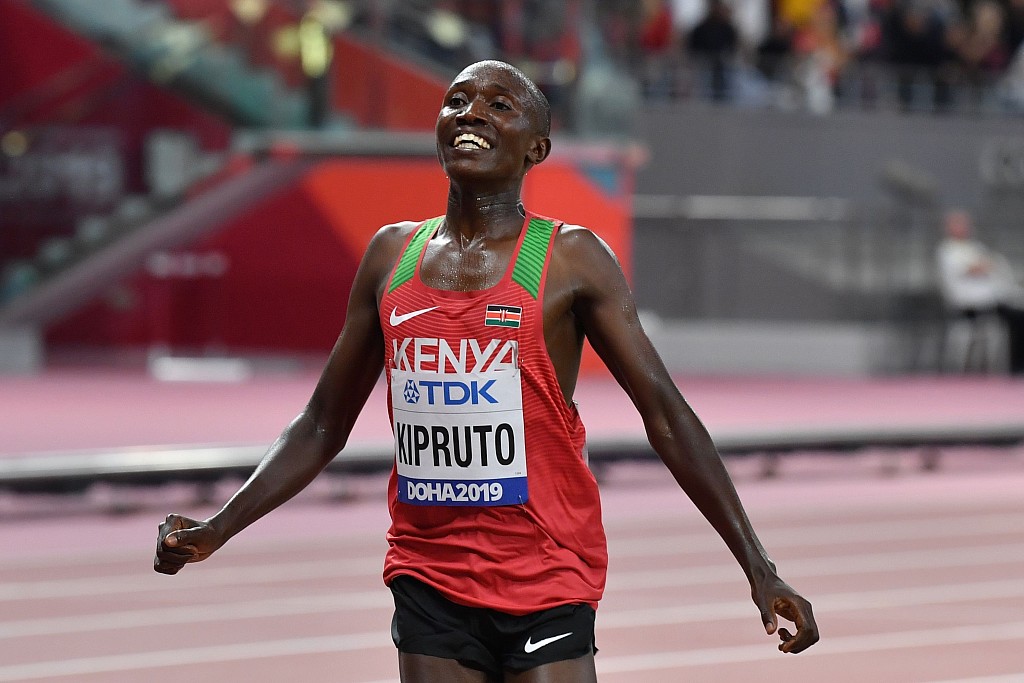 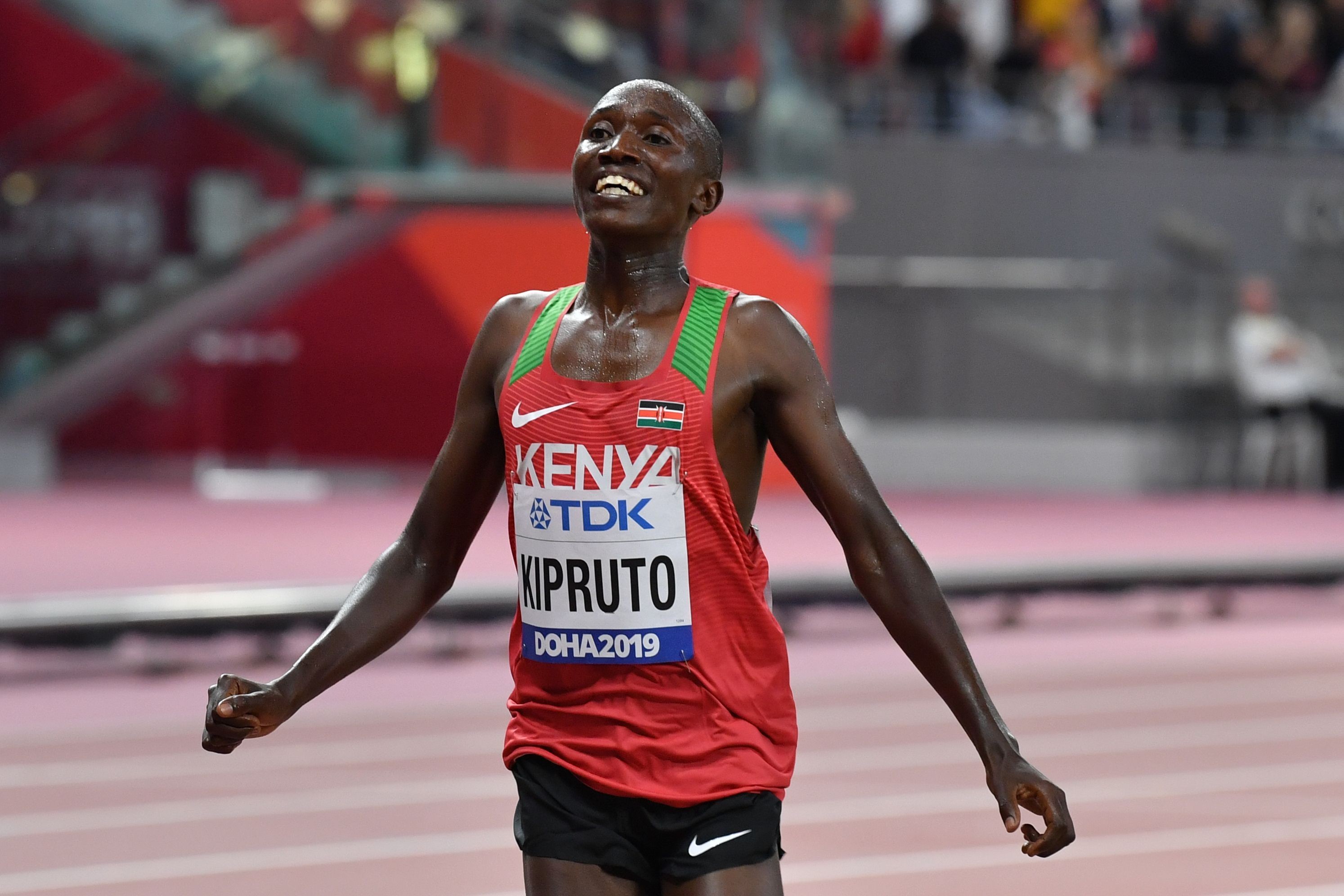 World U20 10,000m champion Rhonex Kipruto is confirmed for the Valencia Ibercaja 10km road race on Jan. 12 in Spain

Rhonex  Kipruto, who is eyeing to make the Kenya team to the Tokyo Olympics, will use the road race in Valencia to gauge his endurance before returning to the track to prepare for the explosive Kenya trials.

"The Olympics is the main target for me this year. However, to attain the best fitness, I need to gauge myself against top runners and this platform will be provided in Valencia, which I hope to take up the challenge in my strides," Kipruto on Sunday.

Kipruto will be up against European record-holder Julien Wanders from Switzerland (27:25), Uganda's Stephen Kissa (27:13) and reigning champion Chala Regasa from Ethiopia (27:23). Brits Callum Hawkins (28:55) and Ben Connor (28:56) are also confirmed. 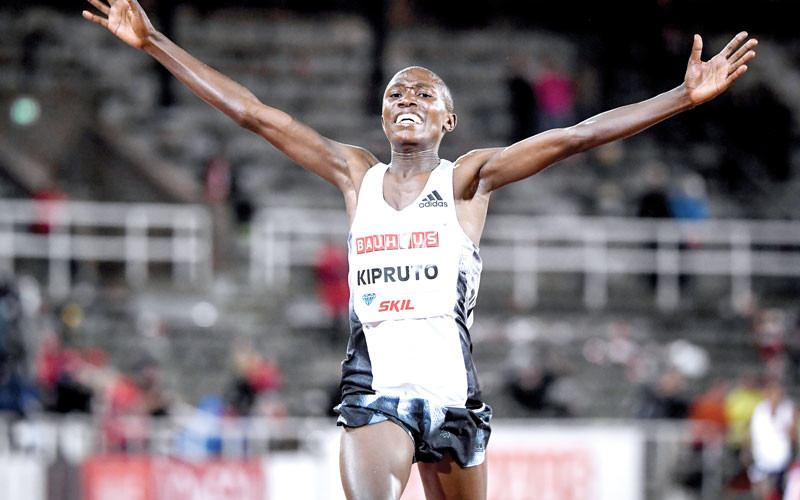 "It is a strong line-up and I have to be in my best form. I have rested enough since the World Championships in Doha and I will hope for some fast time in Valencia," he added. 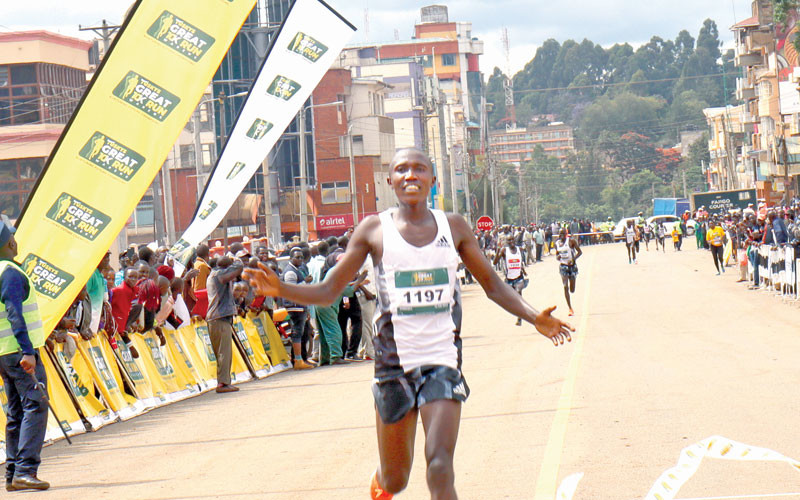 Chepkirui holds Africa's all-time best record and is the world leader in the 10,000m distance. But she will have no chance if she looks down upon the caliber of opposition facing her in Valencia.

"I am really happy with my performance in 2019, especially the fast time in Durban, as it was my first road race in South Africa," said Chepkirui.

"I usually stay at the back in the beginning and then make my move closer to the race finish. It is the same strategy I will apply to Valencia. However, I will try to stay with the leading pack," said Chepkirui.

Chepkirui, who was seventh at the World Championships in London back in 2017, hopes to make the Kenya team to the Olympics in the 10,000m and hopes a good performance in Valencia will earn her slot in the team.