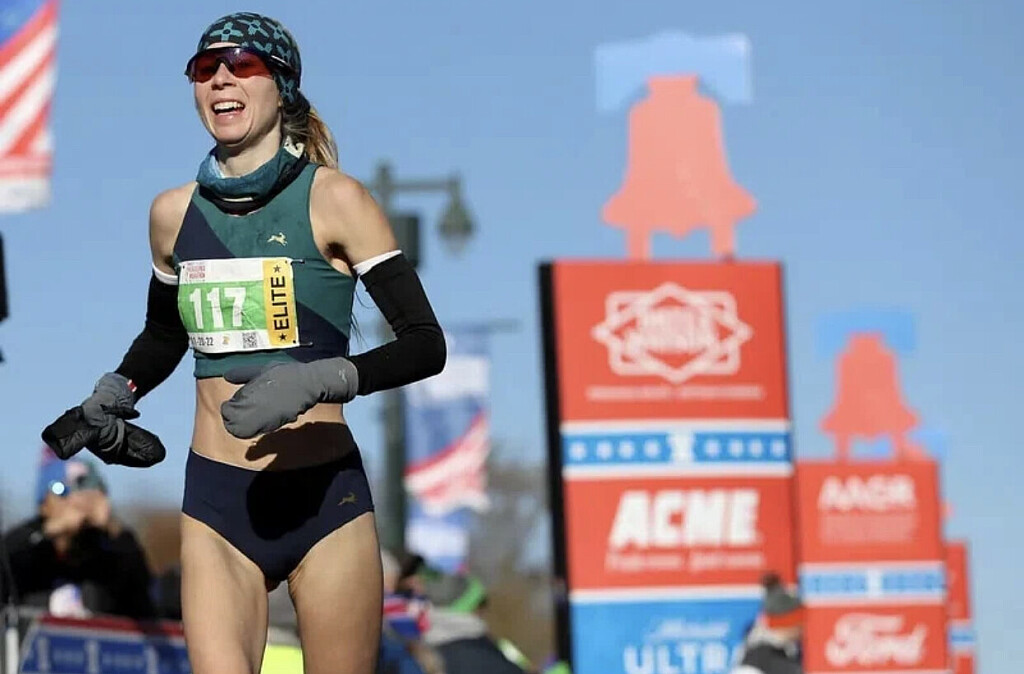 Amber Zimmerman captured the Philadelphia Marathon on her home course on a frigid day as Dominic Ondoro, a Kenyan who lives in Texas, won the men's race

As the sun began to light Ben Franklin Parkway and the city’s skyline on Sunday morning, spectators and competitors were warming up for the coldest Philadelphia Marathon since 1994. Hands and feet were cold, and even contact lenses froze.

Yet spirits prevailed as the city showed up for those who prepared for this day months in advance. 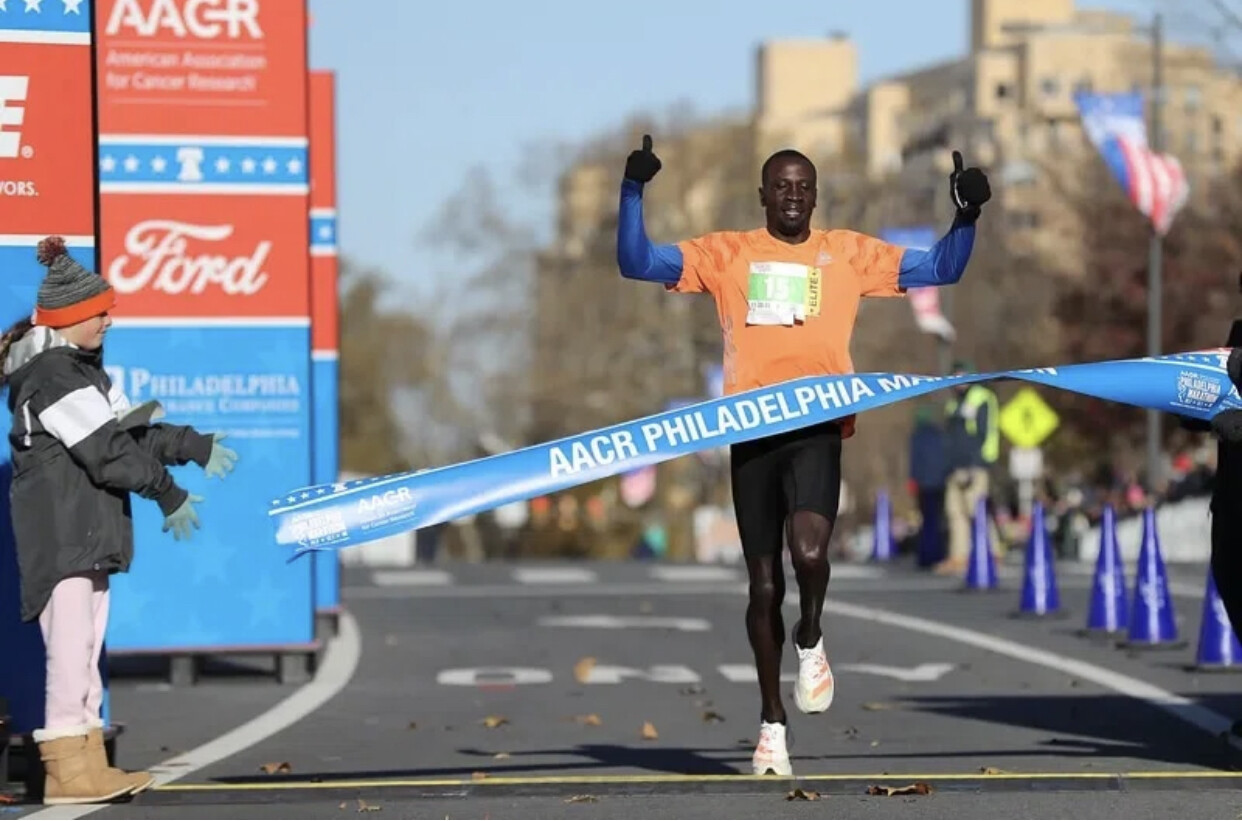 “I had a phenomenal group of people that last half mile before we made that turn up Kelly Drive, and that saved my life,” said women’s winner Amber Zimmerman, who recently moved to the city.

The temperature at the start was 35 degrees, but the wind made it feel like the low 20s. Eleven miles of the marathon were concentrated in Center City, blocking the wind somewhat. However, at the finish, the wind was fierce along Boathouse Row and Kelly Drive.

“The race was good, but there was a lot of wind,” said men’s champion Dominic Ondoro, who thought he was slowing down because of the gusts. “I enjoyed the course.” The Kenyan runner who lives in Texas broke away from the pack in the last few miles, finishing in 2 hours, 14 minutes, 20 seconds, followed by Gilmar Lopes of Brazil and Bernard Kiprop Koech of Kenya. 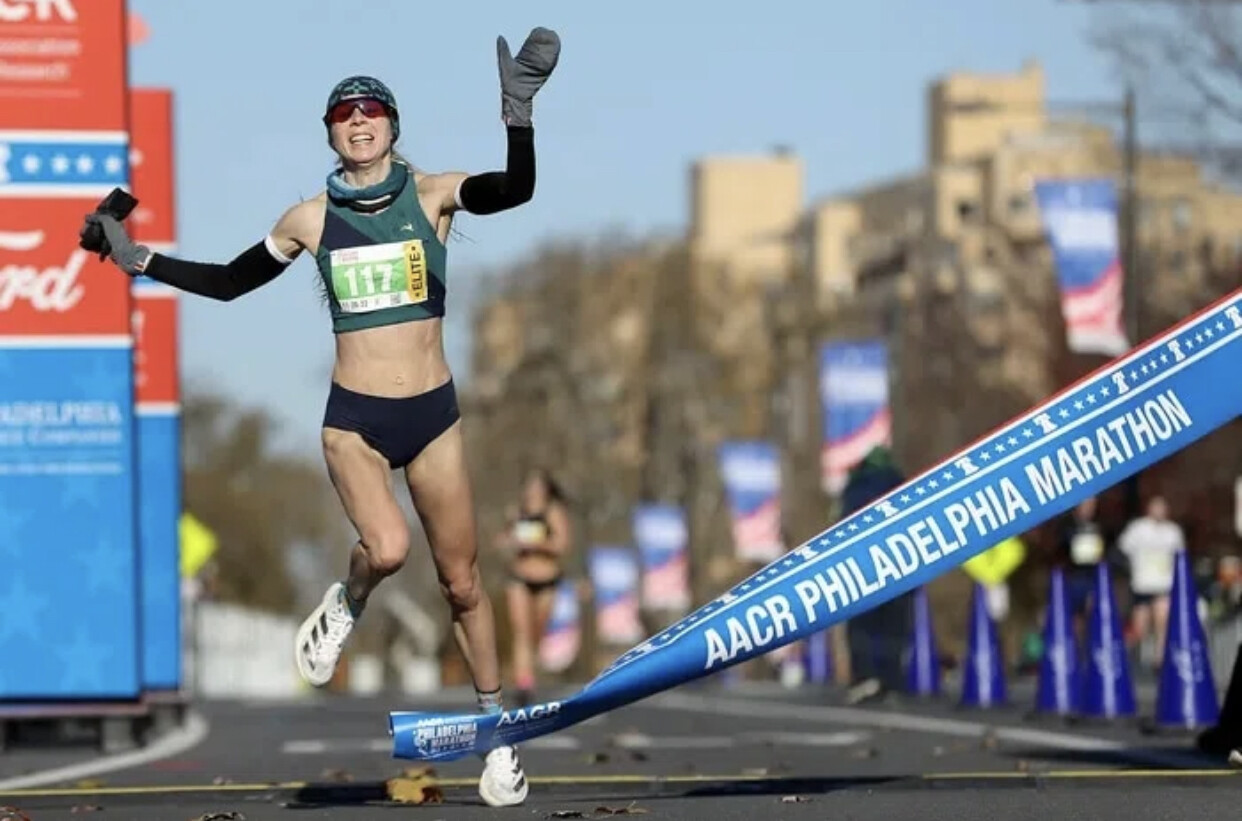 “They’re great runners and they’re brave runners,” Zimmerman said. “And I thought, you know, I’m going to try to be a brave runner to put myself in it.”

In the first half of the race, Zimmerman said she felt strong but hit a wall in Manayunk where her body started hurting. Nevertheless, she pushed to the finish, knowing that others were close behind. A regular runner since 7 years old, she posted her first win in her new city.

“I was thinking about that this week. I get a little bit teary about it,” she said when asked about her journey. “I really tailored my training. I coached myself and I played around with a lot of harder, longer runs, and that really worked out for me this time. I’ve been trying to make myself tougher.”

First-place finishers take home $10,000, plus an extra $1,000 for Zimmerman as a Philadelphian. What will she spend it on? Her blue heeler Doughnut (an Australian cattle dog), she said, pointing to her socks featuring blue doughnuts.

“He’s really sweet and I told him I was going to run this race for him and I was going to win for him,” Zimmerman, who ran at the University of New Mexico.

This year’s marathon was a notable one for the city, as a nonbinary category was added for the first time. Fifty-five runners registered in the category and race director Kathleen Titus said he believes it will grow in years to come, along with prize money for these athletes as well as para-athletes.

“You look at it and it’s a city of diversity as well as adaptivity,” she said. “... Whatever type of an athlete you are, if you’re a runner, we want you to feel that you can come to Philadelphia and participate as you are, in the ability that you are.”

The city also cheered on its first marathon long boarder, Chris Koch, who completed his 13th marathon. The 40-year-old Canadian was born with a partially developed right leg and foot. Shortly after he pedaled across the finish line, he joked, “I couldn’t feel my fingers the whole time.”

Koch completed his first marathon in 2016. “I guess I’m a glutton for punishment,” he said. “It’s a great challenge. I’m a motivational speaker and I encourage people to keep raising the bar and keep pushing themselves. I don’t want to be just talking the big talk.”

Sporting a Bobby Clarke Flyers jersey and blacked-out front teeth, Koch looked the Philly part. After visiting the city when he was speaking nearby, he decided to add it to his marathon list.

“I literally boarded out Ben Franklin Parkway to the Rocky stairs, climbed up the Rocky stairs,” he said. “... I’ve always found marathons [to be] a neat way to see the city.” Koch plans to attend the Flyers-Calgary Flames game at the Wells Fargo Center on Monday night.

Celebrations are in order for Koch and all the finishers. Runners will travel back home, rewind on the Thanksgiving holiday, and return to the grind soon enough.

When asked if she would be running on Monday, Zimmerman said she is probably going to walk. Probably. 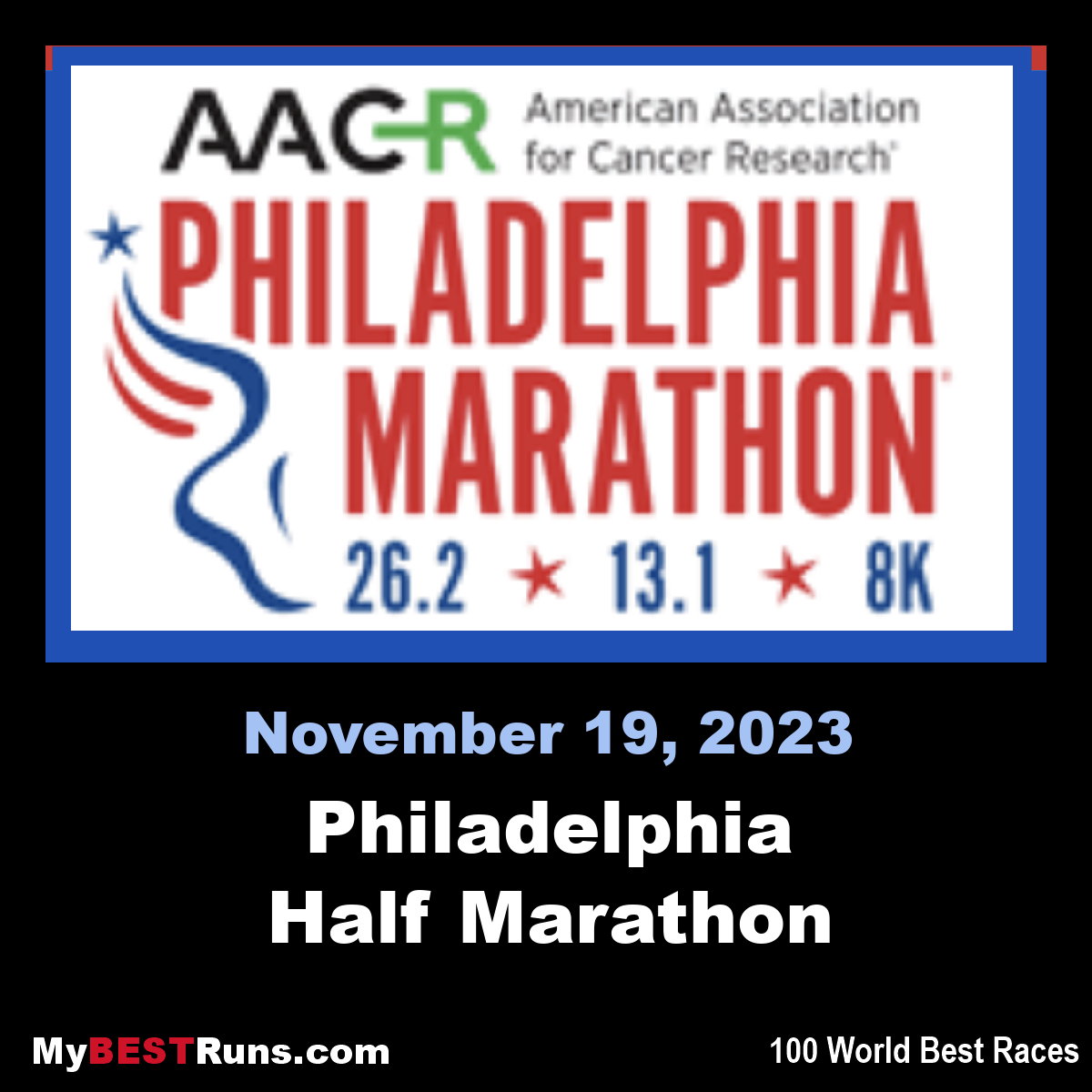 Philadelphia Marathon and Half

Have the time of your life in 2022 completing 13.11 miles! Runners will start along the Benjamin Franklin Parkway in the cultural Museum District and wind through Philadelphia’s most scenic and historic neighborhoods. From the history-steeped streets of Old City, through one of the liveliest stretches of Center City, across the Schuylkill River...