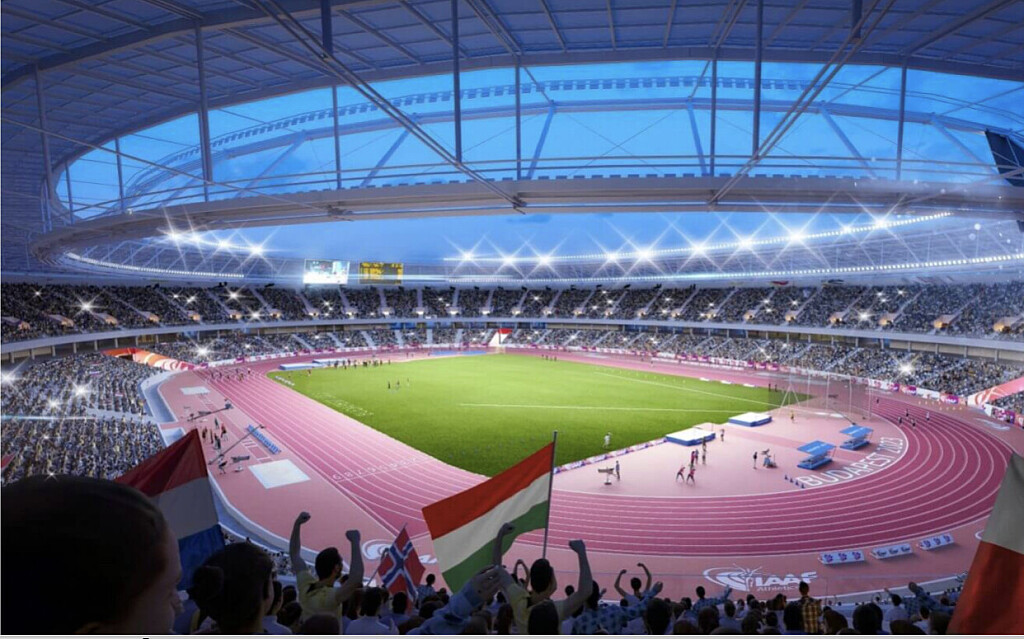 Hungary’s government has allocated more than €550m (582US) towards the construction of the Budapest stadium that will host the 2023 World Athletics Championships.

Documents published by the government show that HUF 204bn (€556.5bn) of public funds have been made available for the National Athletics Centre – which will have an initial capacity of 40,000 for the 2023 championships before being reduced to 15,000 – and its surrounding infrastructure.

That makes the facility some €40m more expensive than the much larger 67,000-capacity Puskás Aréna national football stadium that was recently opened in Budapest. It is also considerably more than initial estimates of €310m for the build. 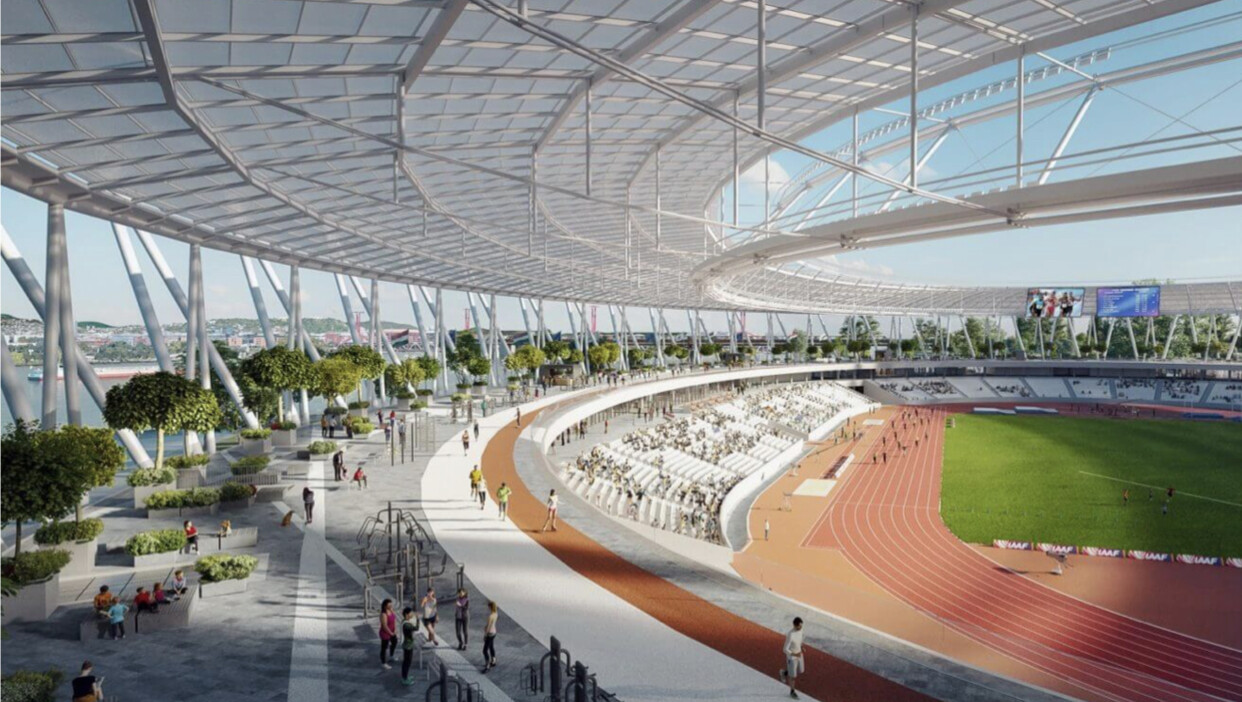 The government has budgeted for the development of the National Athletics Centre on what is currently a brown field site by the Danube River. The cost includes the stadium, adjacent buildings, landscaping, and flood protective infrastructure, in addition to a pedestrian and cycling bridge.

The government calculates that the organisation of the 2023 World Athletics Championships will amount to €81.8m, but expects income from the event to far surpass this sum with 166,000 visitors and 416,000 ticket sales predicted.

Following the event, the stadium would be reduced in size and become a training hub for Hungarian athletics and a competition venue.

Once the temporary upper tier is removed, the stadium would be left with a circular plateau, expected to be filled with publicly available leisure areas, including a running track.

The development of the stadium is seen as important for Hungary’s long-term goal of hosting the Olympic Games. Budapest was involved in the bidding process for the 2024 Games, but is believed to be looking as far ahead as 2040 for its chance.

Budapest was awarded the 2023 championships in 2018 after a decision in Monaco. Central and local authorities agreed to support the construction of the stadium last year.

Organisers said in 2018: “The 15,000-seat facility will give a major boost not only to competitive sports, but also to recreational and youth sports. Budapest residents and students will find training tracks, running tracks, street workouts and many other opportunities for sports and recreation.”