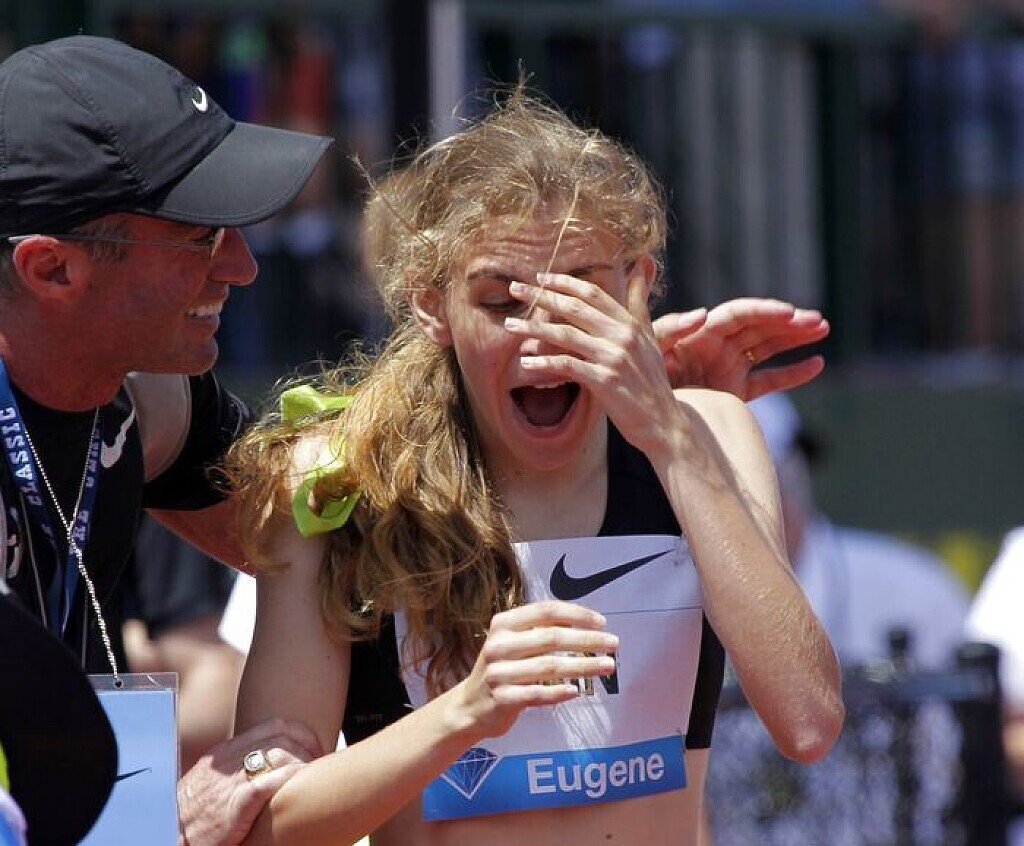 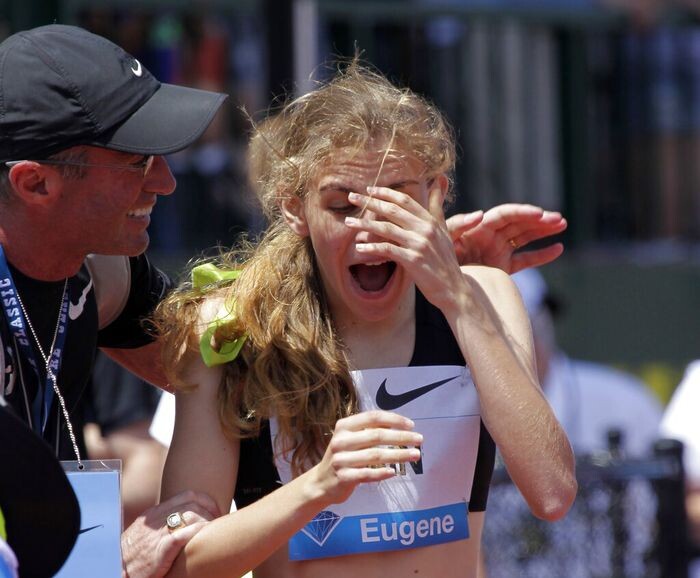 Mary Cain, the promising distance runner whose career fizzled after what she has described as four miserable years at the Nike Oregon Project, has filed a $20 million lawsuit against her former coach, Alberto Salazar, and their employer, Nike.

Cain accused Salazar of emotionally abusing her when she joined the team as a 16-year-old. The lawsuit portrays Salazar as an angry control freak who was obsessed with Cain’s weight and didn’t hesitate to publicly humiliate her about it.

That, she said, took a toll on her physical and mental health. Nike was aware, the lawsuit alleges, but failed to intervene.

Nike did not return messages. Salazar could not be reached but has previously denied abuse allegations, and he has said neither Cain nor her parents had raised concerns while she was part of the program.

In the lawsuit filed Monday in Multnomah County Circuit Court, Cain alleges Salazar on several occasions required her to get on a scale in front of other people and would then criticize her. 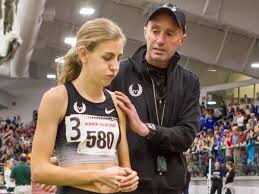 “Salazar told her that she was too fat and that her breasts and bottom were too big,” the lawsuit alleges.

Salazar took to policing Cain’s food intake, she said. At times, Cain was so hungry, she said, she stole Clif Bars from teammates.

Cain went to her parents for support. She alleges Salazar eventually tired of the parental interference.

“He prevented Cain from consulting with and relying on her parents, particularly her father, who is a doctor,” said Kristen West McCall, a Portland lawyer representing Cain.

By 2019, Cain says she was deeply depressed, had an eating disorder, generalized anxiety and post-traumatic stress syndrome. She also was cutting herself.

Darren Treasure, Nike’s in-house sports psychology consultant, knew of Cain’s distress, the lawsuit alleges. But he’s accused in the complaint of doing nothing about it, other than to share this “sometimes intimate and confidential information … with Salazar.”

Nike did nothing to intervene, Cain alleges.

“Companies are responsible for the behavior of their managers,” McCall said. “Nike’s job was to ensure that Salazar was not neglecting and abusing the athletes he coached.” 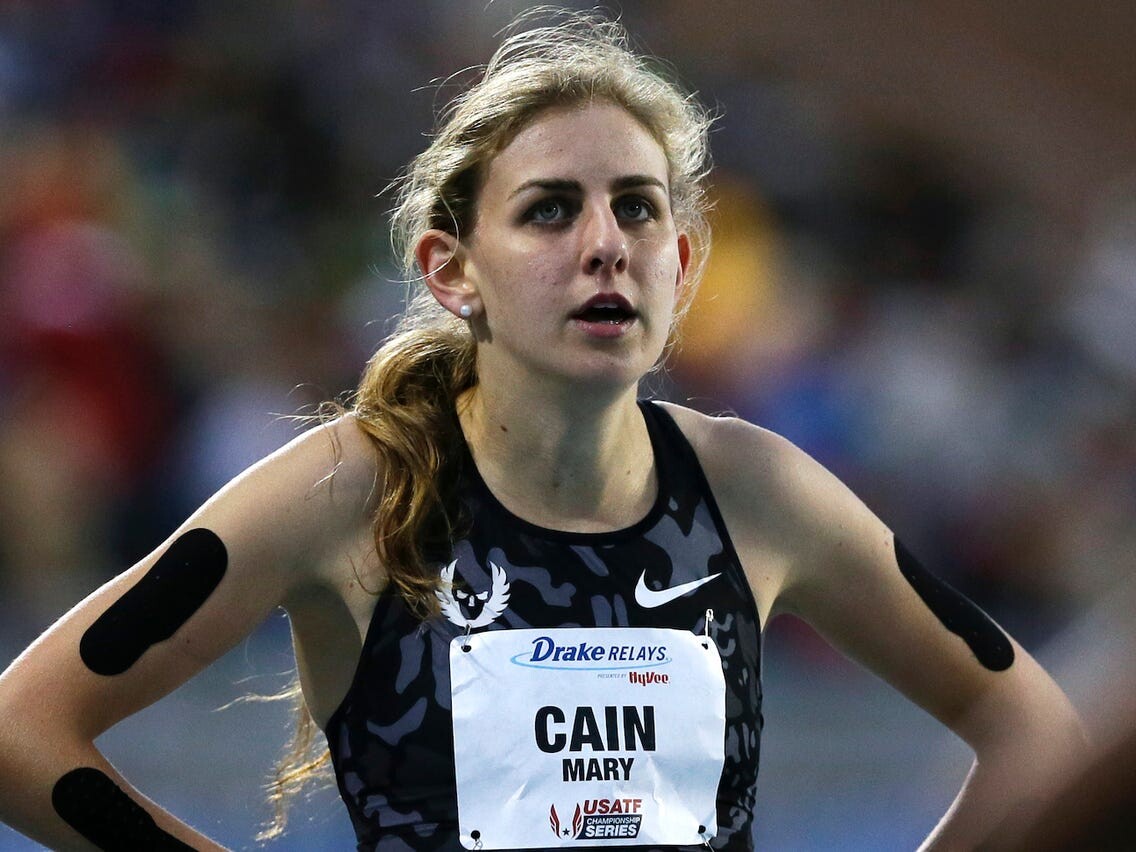 McCall added: “Nike was letting Alberto weight-shame women, objectify their bodies, and ignore their health and wellbeing as part of its culture. This was a systemic and pervasive issue.  And they did it for their own gratification and profit.”

Nike athletes generally sign non-disclosure statements that strictly prohibit them from revealing any sensitive corporate secrets. Cain smashed the Nike code of silence two years ago when The New York Times published her wrenching account of her years at Nike.

Due in part to a protracted series of injuries, Cain never lived up to her superstar-in-the-making expectations. But when she was 16, after a brilliant high school running career, she was a hot commodity in distance running circles.

In 2012, she opted to skip college and go straight to Beaverton to run for Salazar. Salazar, himself a legendary runner, helped found the Nike Oregon Project to make American distance runners competitive with the rest of the world.

Salazar has had some big successes, particularly with Galen Rupp, the Portland kid who has become one of the world’s best marathoners. On Aug. 5, 2012, two Salazar athletes — Mo Farah and Rupp — finished one-two in the 10,000 at the Olympic Games in London.

His program also has  been dogged by allegations that he pushed the use of  performance-enhancing drugs.

The Nike Oregon Project was disbanded in 2019 after the U.S. Anti-Doping Agency accused Salazar of three violations. The agency banned him from the sport for four years.

Salazar appealed to the Court for Arbitration for Sport. Last month, the court upheld Salazar’s ban from the sport and some of USADA’s findings. It ruled that Salazar attempted an “intentional and orchestrated scheme to mislead” anti-doping investigators when he tampered with evidence.

The court reduced the duration of his ban from four to two years.

Salazar added:  “Mary at times struggled to find and maintain her ideal performance and training weight.” Nike added that Cain had requested to be allowed back on the team after she left.

Salazar said this to Sports Illustrated:

My foremost goal as a coach was to promote athletic performance in a manner that supported the good health and well-being of all my athletes. On occasion, I may have made comments that were callous or insensitive over the course of years of helping my athletes through hard training. If any athlete was hurt by any comments that I have made, such an effect was entirely unintended, and I am sorry. I do dispute, however, the notion that any athlete suffered any abuse or gender discrimination while running for the Oregon Project.”