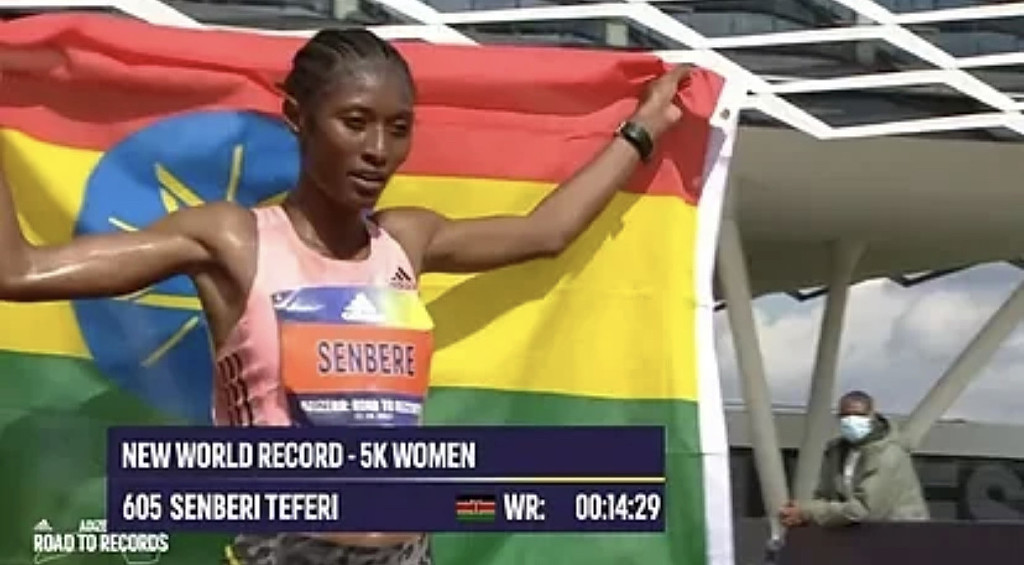 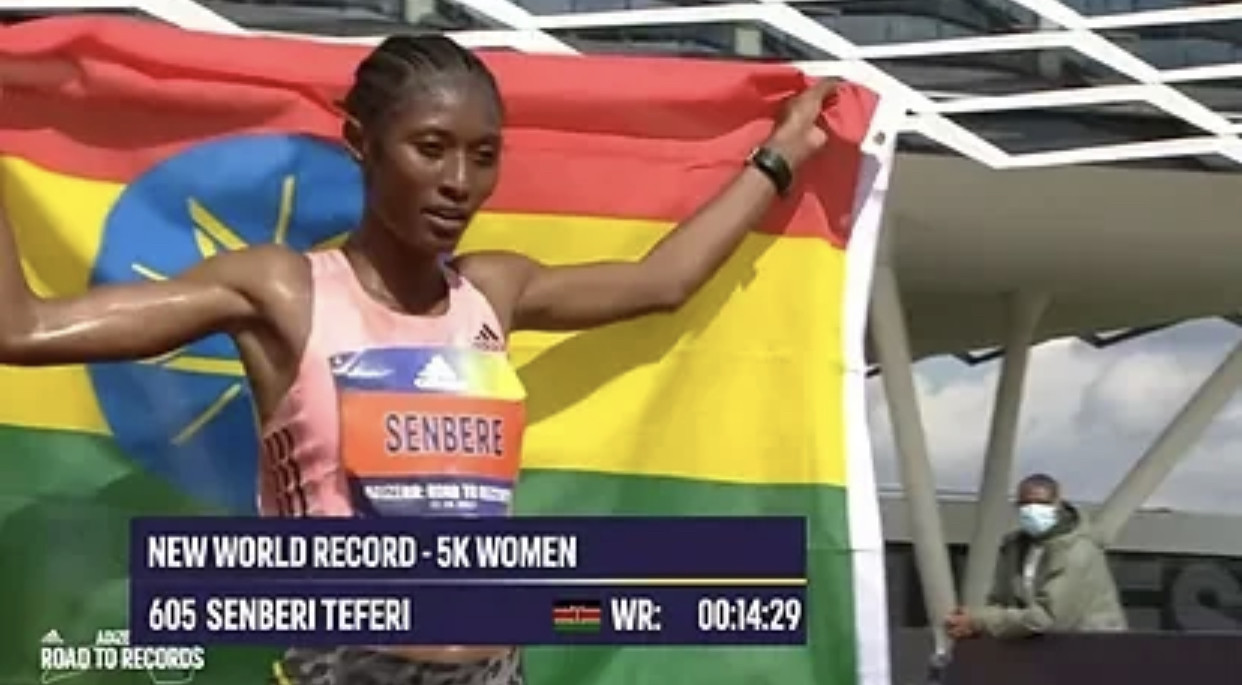 Kenya’s Agnes Tirop took 28 seconds off the long-standing women-only world record for 10km*, while Ethiopia’s Senbere Teferi set an outright world 5km record of 14:29* at the adizero Road To Records event in Herzogenaurach on Sunday (12).

Tirop, the world 10,000m bronze medallist, put in a decisive surge with little more than two kilometres to go in the 10km, breaking away from fellow Kenyan Sheila Chepkirui before eventually winning in 30:01. 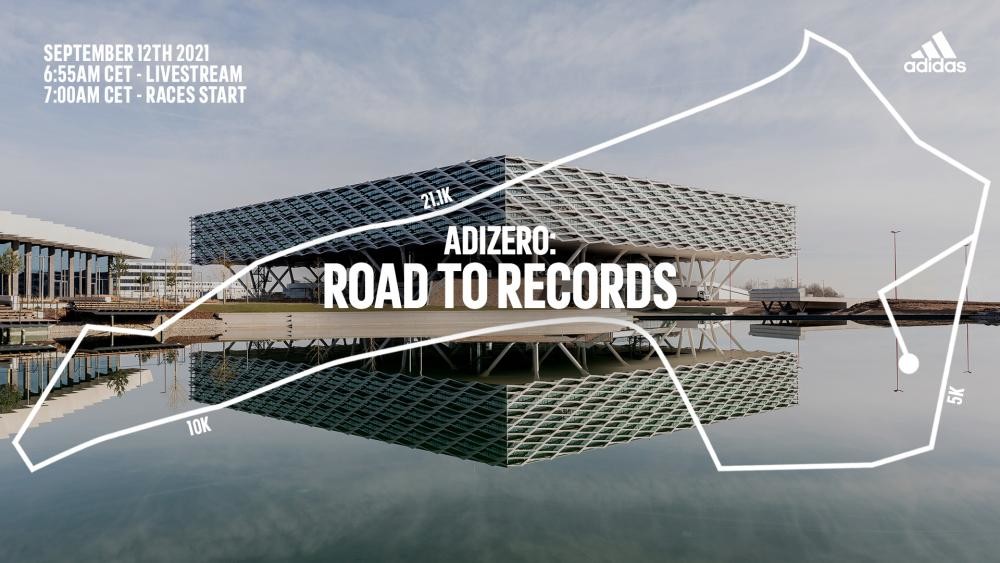 Teferi, the 2015 world 5000m silver medallist, ran away from her opponents after the first kilometre with an incredible solo effort, winning the 5km in 14:29.

Tirop and Chepkirui were part of a five-woman lead pack during the early stages of the 10km and passed through 4km in 12:07. A couple of minutes later, Tirop and Chepkirui had broken away from the rest of their opponents, reaching the half-way point in 15:00 after coving the fifth kilometre in a swift 2:54. 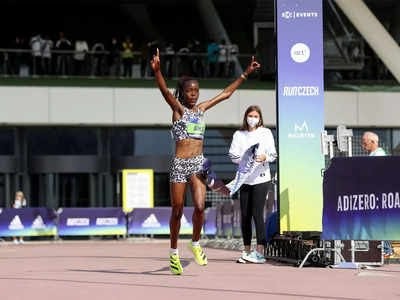 Chepkirui then moved in front of her compatriot and tried to force the pace but was unsuccessful in making a break. The duo continued to run side by side for the best part of three kilometres, but Tirop started her long run for home with about six minutes to go.

Tirop, who won the senior world cross-country title as a teenager back in 2015, passed through 9km in 27:07 with a comfortable lead and was still comfortably inside world record pace. She didn’t ease back for the final kilometre, though, and covered it in another 2:54 to reach the finish line in 30:01.

“I’m so happy to have broken the world record,” said Tirop. “I felt the pace was good and Sheila assisted me a lot. The course was very good too.”

Teferi, contesting the final race of the day, ensured the event ended on a high as she smashed the world 5km record with 14:29, winning by 25 seconds from Ethiopian teenager Melknat Wudu.

Six weeks after her sixth-place finish over 5000m at the Olympic Games, Teferi ran with the pack for the first kilometre, covered just inside three minutes. Then, sensing that the pace wasn’t quite fast enough to challenge the world record, set off on her own and covered the second kilometre in 2:49.

By 3km, which she reached in about 8:43, Teferi had an eight-second lead over the chase pack. She continued to forge ahead, passing 4km in 12:07 and then ended with a 2:52 final kilometre to cross the finish line in 14:29.

Not only did it break the women-only world record of 14:44 set by Beatrice Chepkoech and the 14:43 outright world record set by Sifan Hassan in a mixed race, she also bettered the fastest 5km clocking in history of 14:32, set by Joyciline Jepkosgei before the distance became an official world record event.

“I'm so happy,” said Teferi. “After the Olympics, I knew I was ready to go after this world record. I'm so happy.”

Wudu, a double medallist at the World U20 Championships, took second place in 14:54, just ahead of compatriot Nigisti Haftu.

In the day’s other races, world record-holder Rhonex Kipruto won the men’s 10km in 26:43, the fourth-fastest time in history, while recently crowned world U20 champion Tadese Worku was second in 26:56, an Ethiopian U20 record.

Abel Kipchumba was a convincing winner of the men’s half marathon in 58:48 with fellow Kenyan Alexander Mutiso Munyao taking second in 59:20, and Brenda Jepleting added to the Kenyan success with a dominant 1:06:52 victory in the women’s race.

Jacob Krop won the men's 5km in 13:06, breaking away from two-time world 5000m champion Muktar Edris in the second half to finish three seconds ahead of the Ethiopian.