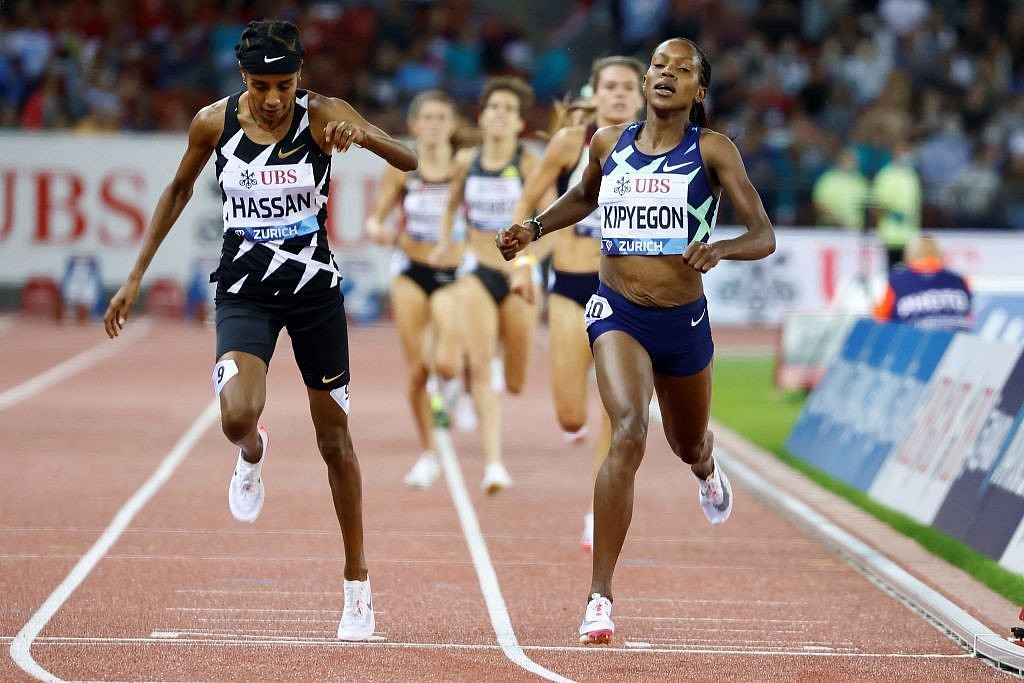 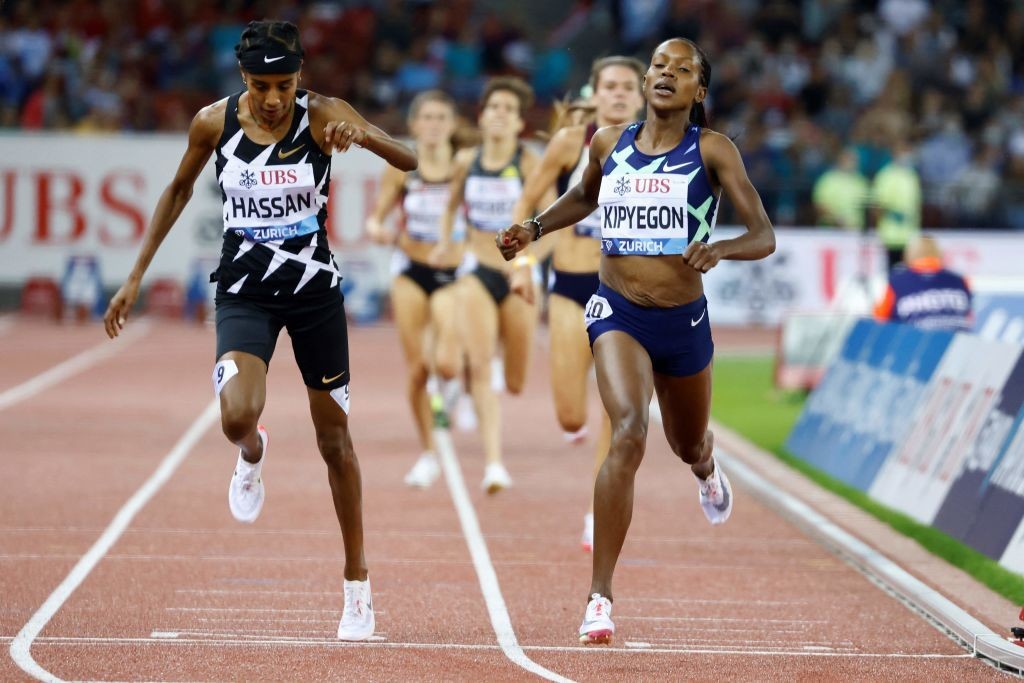 From the moment that Olympic 5000m and 10,000m champion Sifan Hassan declared that she would race fellow Tokyo gold medallist Faith Kipyegon in the 1500m at the Wanda Diamond League final in Zurich, the race had the makings of an all-time classic.

And so it was.

Their first meeting this year was in Florence in June, where world champion Hassan had Kipyegon’s measure. But Kipyegon took back the initiative in Monaco in July and claimed a dominant victory at the Tokyo Olympics in August, as Hassan fought through the fatigue of her extraordinarily ambitious race schedule to secure the bronze medal. 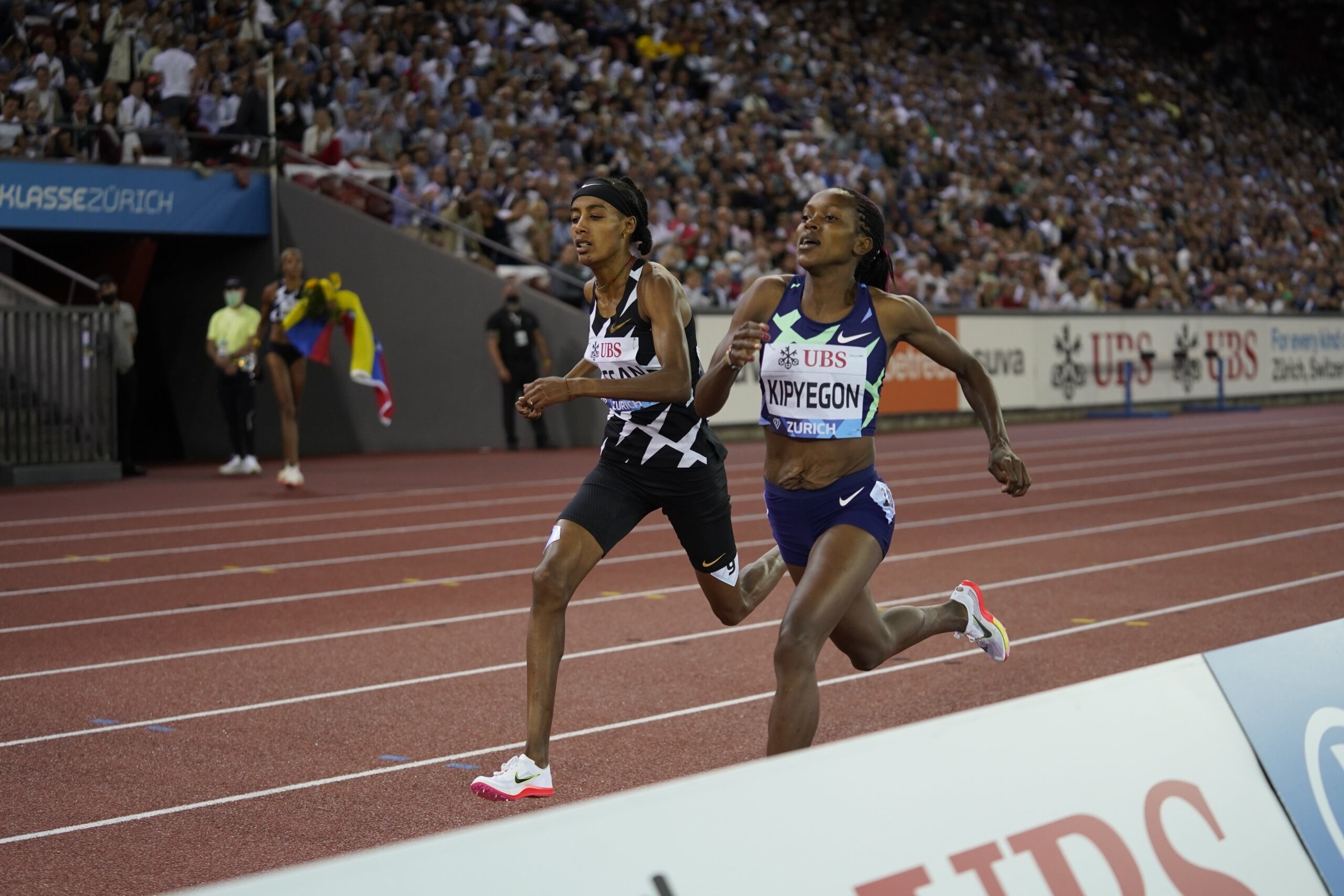 But with two such exceptional talents – Hassan led their head-to-head record 9-8 before tonight’s race – each battle must be fought anew.

From the first lap, each only had eyes on the other. The pacemaker was forgotten as they both waited and watched for the inevitable showdown.

Kipyegon moved into the lead just after the bell, with Hassan shadowing her every step. The Kenyan surged down the back straight and then stepped up the pace around the final bend, but Hassan would not concede. 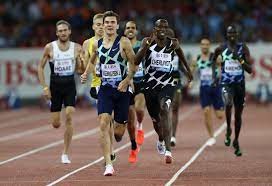 The Dutchwoman moved out of the Kenyan’s slipstream as they entered the straight and drew level. For a moment with 50m to go it appeared that Kipyegon might buckle under the pressure but her strength held and it was Hassan who faded slightly in the final metres.

“I knew it would be a tactical race today," Kipyegon said. “I was confident that in the last lap I could do better and it worked.”

Hassan declared Kipyegon was “really one of the greatest athletes” but vowed to keep challenging her.

“Today was my last race (of the season) and I wanted to give everything, and I did that and I am happy about it," Hassan said before warning: “Next year, I will train my speed and I will be amazing.”

Close finishes were the order of the evening as the men’s 1500m followed an eerily similar script.

This time the protagonists were the world champion Timothy Cheruiyot and the Olympic champion Jakob Ingebrigtsen.

Until the Tokyo Olympic Games, the young Norwegian had lost 12 straight races to Cheruiyot but he finally turned the tables on the biggest stage of them all. However, Cheruiyot gained a measure of revenge in Zurich.

Cheruiyot employed the same tactics as his compatriot Kipyegon, forcing Ingebrigtsen to chase him from the bell. He tightened the screws gradually until he entered the home straight and lit out for home.

Like Hassan, Ingebrigtsen had the strength to challenge in the straight but not to draw ahead. Cheruiyot hung tough and took the glory (and his fourth Diamond League trophy) by 0.08 – 3:31.37 to 3:31.45. Australia’s Stewart McSweyn (3:32.14) completed the podium, one place ahead of his compatriot Ollie Hoare (3:32.66).