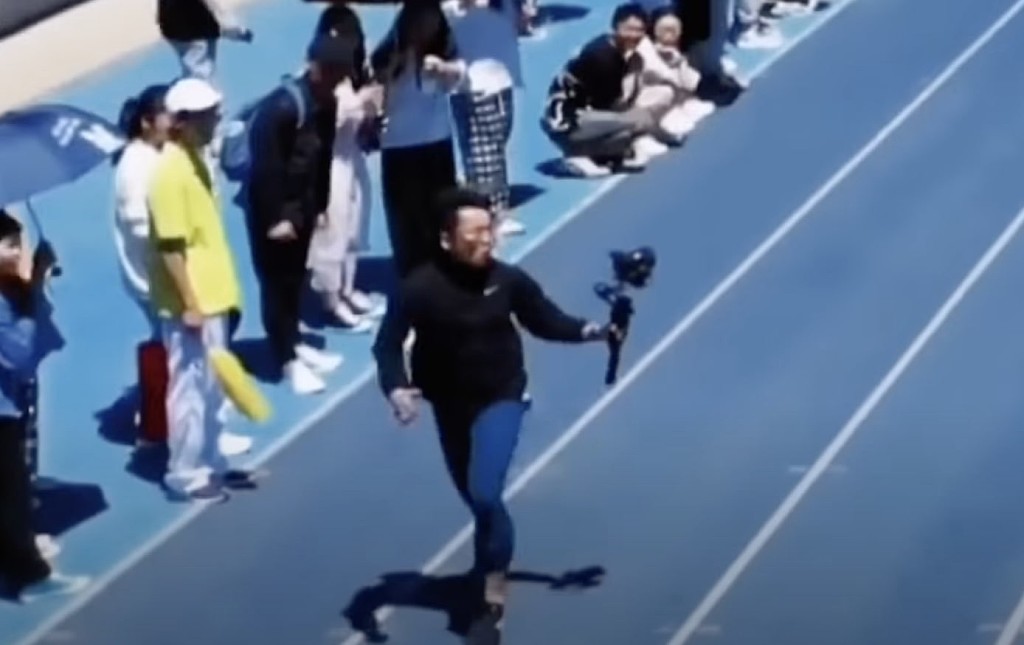 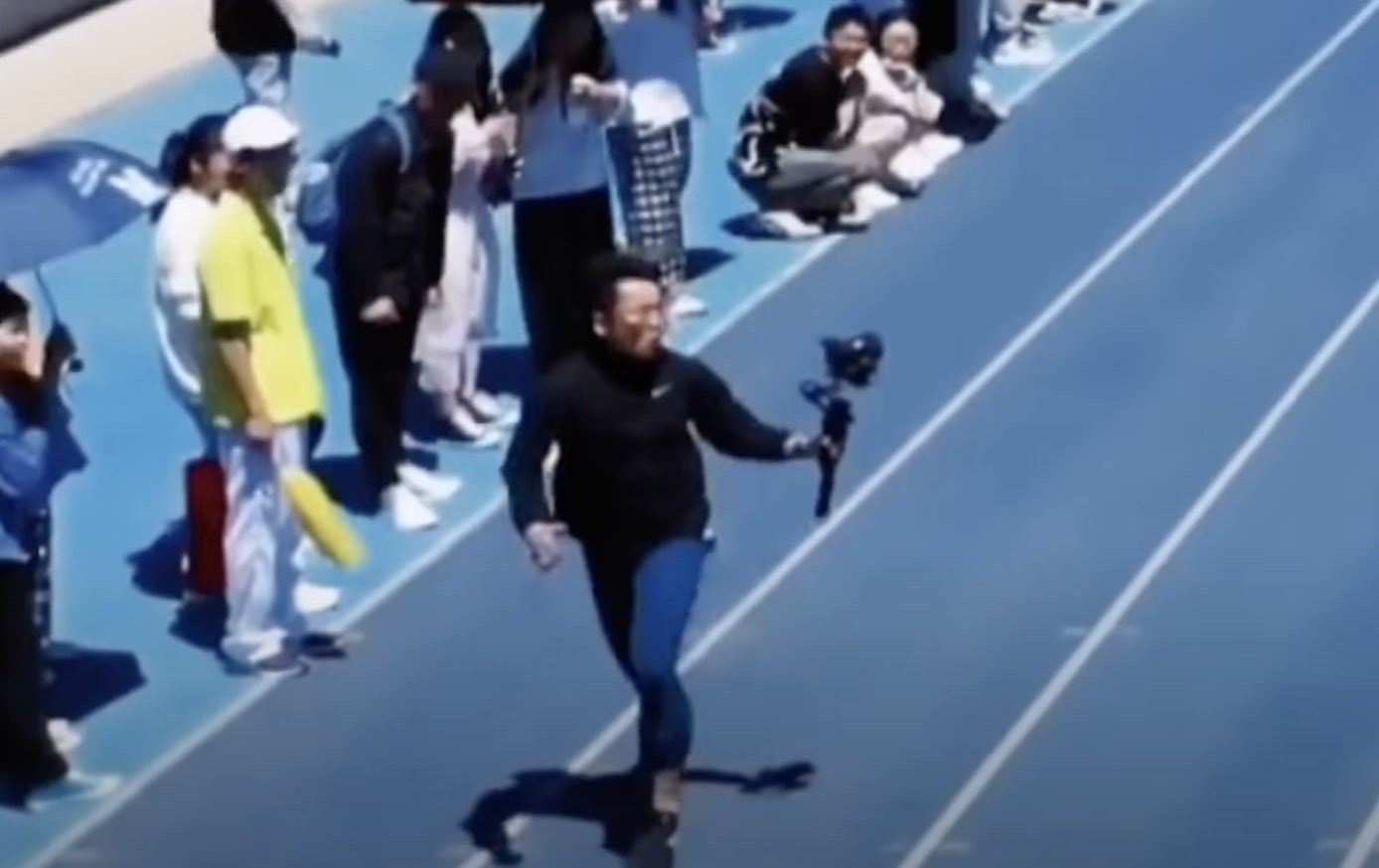 A university student in China serving as a Cameraman, beats sprinters to the line in 100m race

A university student in China has gone viral, thanks to a video that shows him running ahead of sprinters in a 100m race while filming the action.

The student, who has yet to be named, stole the show at the race, and while he did have a head start of a few metres, his run was still incredibly unexpected and impressive.

Not much has been said on the cameraman’s run yet, although the outlet that first posted the video, Shanghai Eye, wrote that his camera weighed four kilograms, or about eight pounds. Running with something of that size could easily disrupt one’s stride, and that’s not even taking into account the fact that the student made sure to keep his arm outstretched and the camera pointed at the racers all the way to the finish.

He also didn’t appear to be dressed for a run (it looks like he was wearing jeans and a jacket), making his performance even more spectacular. 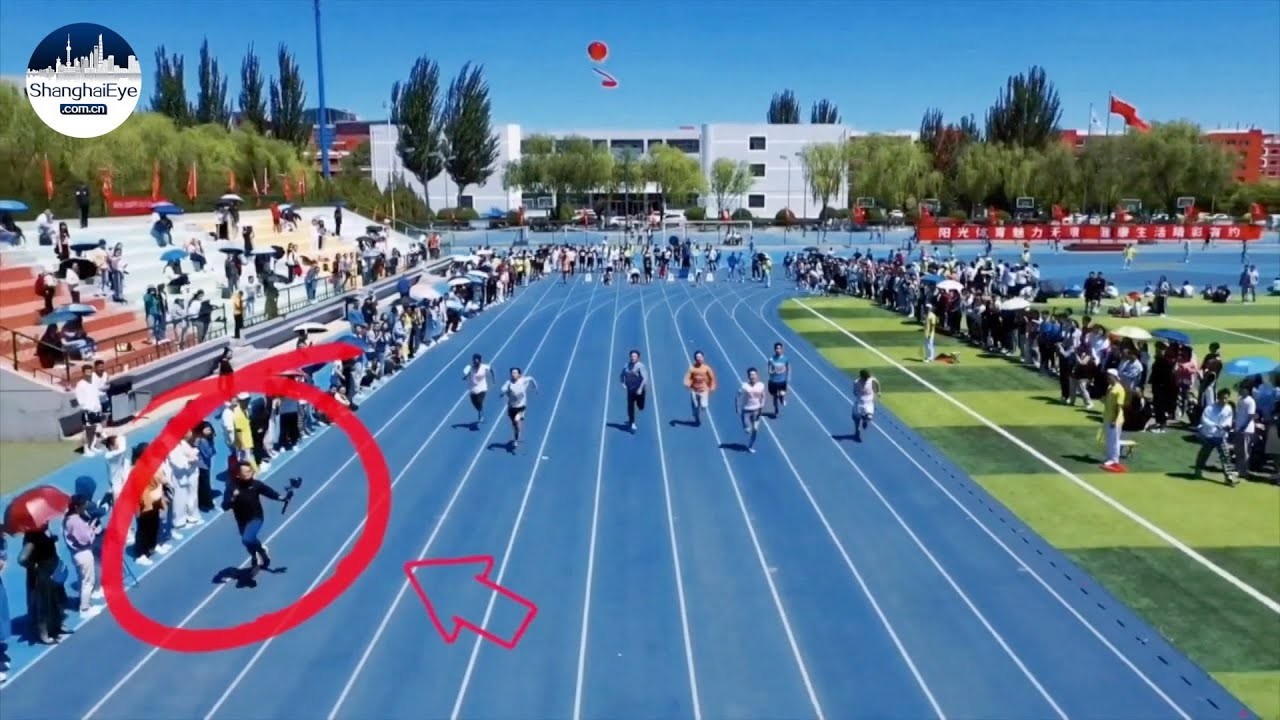 Powerade once produced an ad quite similar to this video. The commercial starts in the final stretch of a 10,000m race as the announcer names the three runners who are fighting for the win. As the shot pans forward, a cameraman can be seen sprinting alongside the leaders, running stride for stride with them.

“Is that our cameraman?” the announcer shouts. “He’s run the entire race with that camera on his shoulder.” The cameraman crosses the line in first place, and then a bottle of Powerade appears on the screen. It’s a funny ad, and life appears to have imitated art in this instance. That commercial can be viewed here.

This race in China is real, though, and it’s a must-watch video. There’s no word on whether the student’s footage was usable (it could have been pretty shaky), nor why he decided to go so hard for the shot. Maybe he needed extra credit in a film class.