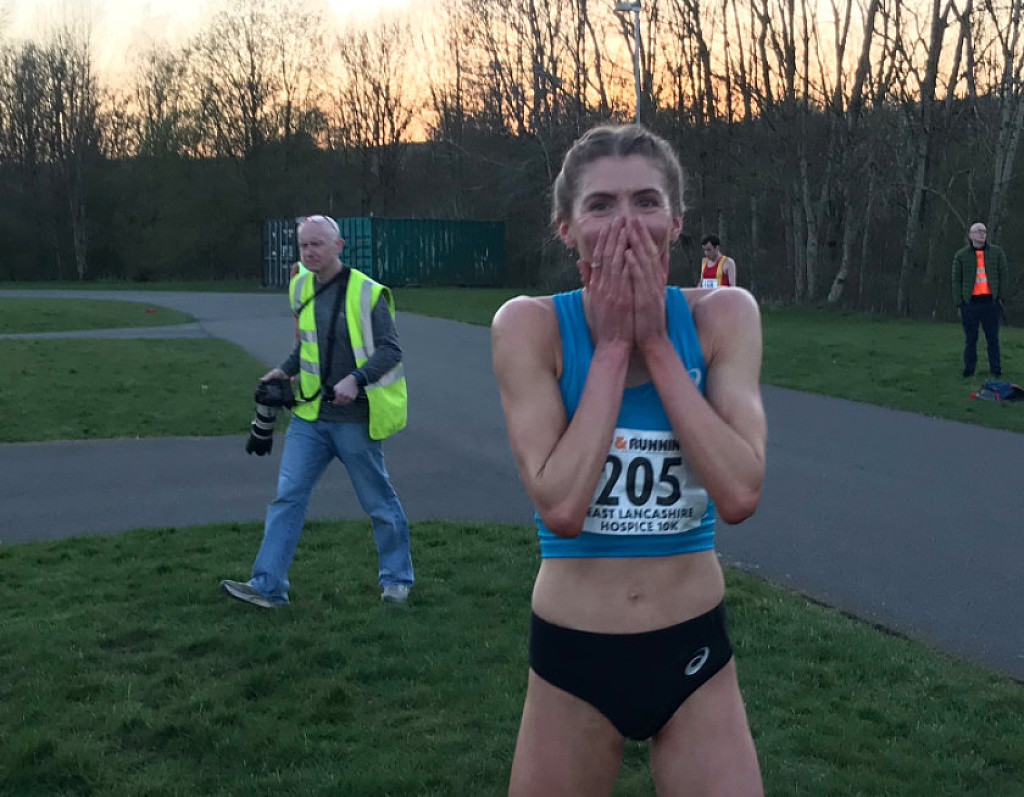 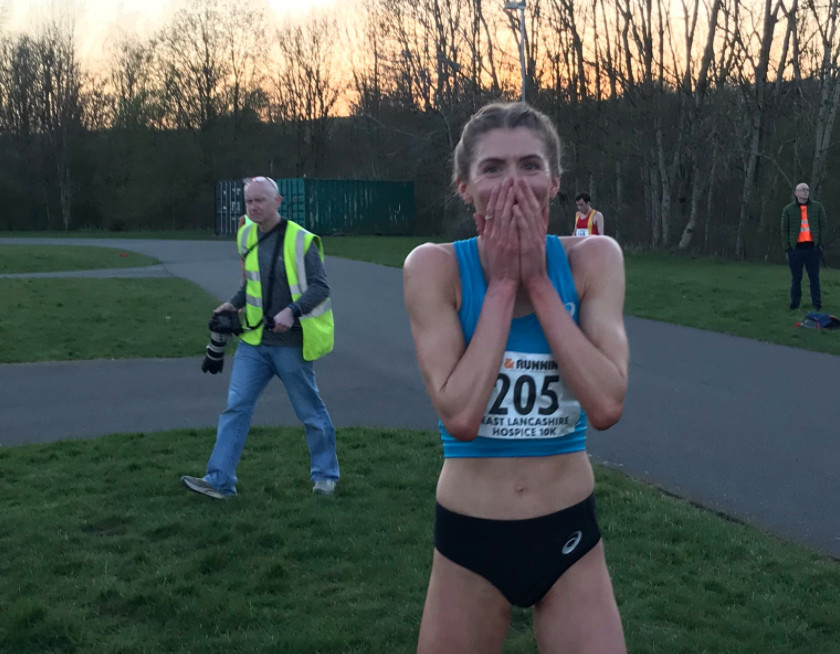 Scottish runner-turned-triathlete Beth Potter beat the 5K road world record on Saturday at a race in Barrowford, U.K., about an hour north of Manchester, where she ran an amazing 14:41. Organizers of the race, which is called the Podium 5K, say their course is the fastest in Great Britain, and Potter’s run certainly bolsters that claim.

Potter bettered the previous world record of 14:43 (which Kenya’s Beatrice Chepkoech set in Monaco in February) by two seconds.

According to fastrunning.com, Potter missed the start of the women’s race, but she was luckily permitted to run in the ‘B’ wave of the men’s event. While missing the start of a race is a nightmare that haunts all runners, this actually might have helped Potter, as she had other 14:40-range athletes to run with who could push her right to the finish. 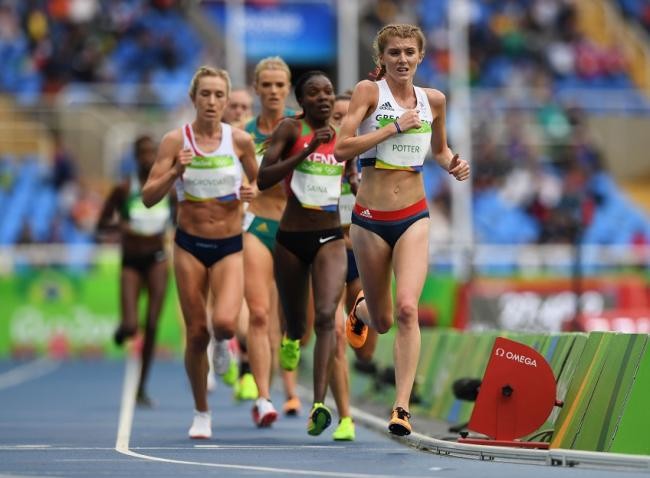 She very well could have beaten the record had she run with the women’s field, but having constant competition no doubt helped her mentally. When Potter crossed the finish line, she was visibly surprised to see the clock.

Potter’s time beat Chepkoech’s world record by two seconds and Paula Radcliffe‘s British 5K record of 14:51 by 10 seconds. She also smashed her own 5K PB of 15:24 — a time she ran at the same race in Barrowford last year. 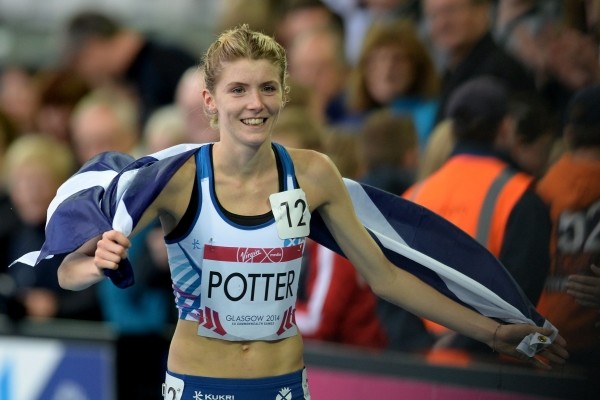 It is important to note that, while Potter bettered the world record (a result that World Athletics reported is unlikely to be ratified), one woman has run a road 5K faster. In September 2017, Kenya’s Joyciline Jepkosgei ran a 14:32 5K split en route to the 10K world record at a race in Prague. At the time, though, World Athletics (then IAAF) did not recognize the 5K as a world record event, and even though Jepkosgei’s run is the fastest in history, it’s not the official world record.

In no way does this diminish Potter’s result, and regardless of whether her run is ratified as the world record, she officially owns one of the fastest 5K runs in history.

Not only did Potter’s record support the claim made by race organizers that their course is the fastest in the U.K., but it is also great for ASICS, her main sponsor, as she wore the company’s new shoe — the Metaspeed Sky — in her win.

The Metaspeed is the latest carbon-plated shoe from ASICS, and it’s the company’s response to Nike in the “super shoe” race. ASICS only just released the Metaspeed at the end of March, but Potter has already delivered the shoe’s first world record.

Potter represented Great Britain at the 2016 Olympics and 2017 world championships in the 10,000m. She is also a former 10,000m British champion. According to Athletics Weekly, when she struggled to find sponsors in running, Potter decided to switch sports and focus her attention on triathlon instead of the track.