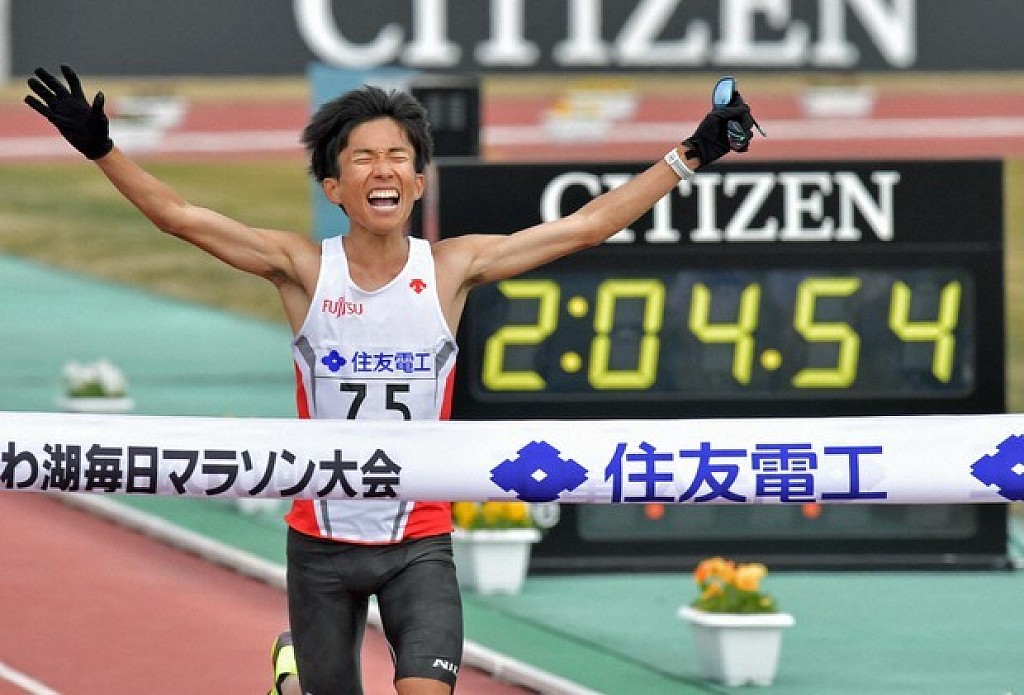 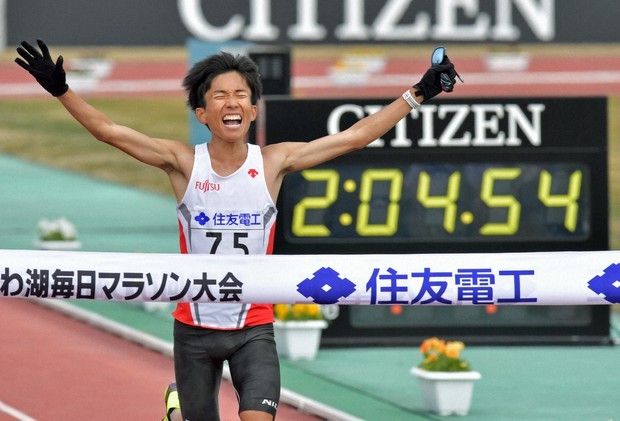 Set to be absorbed into the mass-participation Osaka Marathon as its elite men's field next year the same way the old Tokyo International Marathon was swallowed whole by the Tokyo Marathon, the Lake Biwa Mainichi Marathon wrapped its 76 years as a freestanding event with a bang, a big one, Sunday in Otsu.

Everything was on. The conditions were good, light clouds, 7˚C, 57% humidity and light breezes at the start. The field was good, 24 men having run sub-2:10 in the last three years and 52 sub-2:12. The pacing was good, the lead trio of pacers hitting almost every split within a couple of seconds of the target 2:58/km and the second group pacers even closer to the 3:00/km target. The shoes were good, across brands. 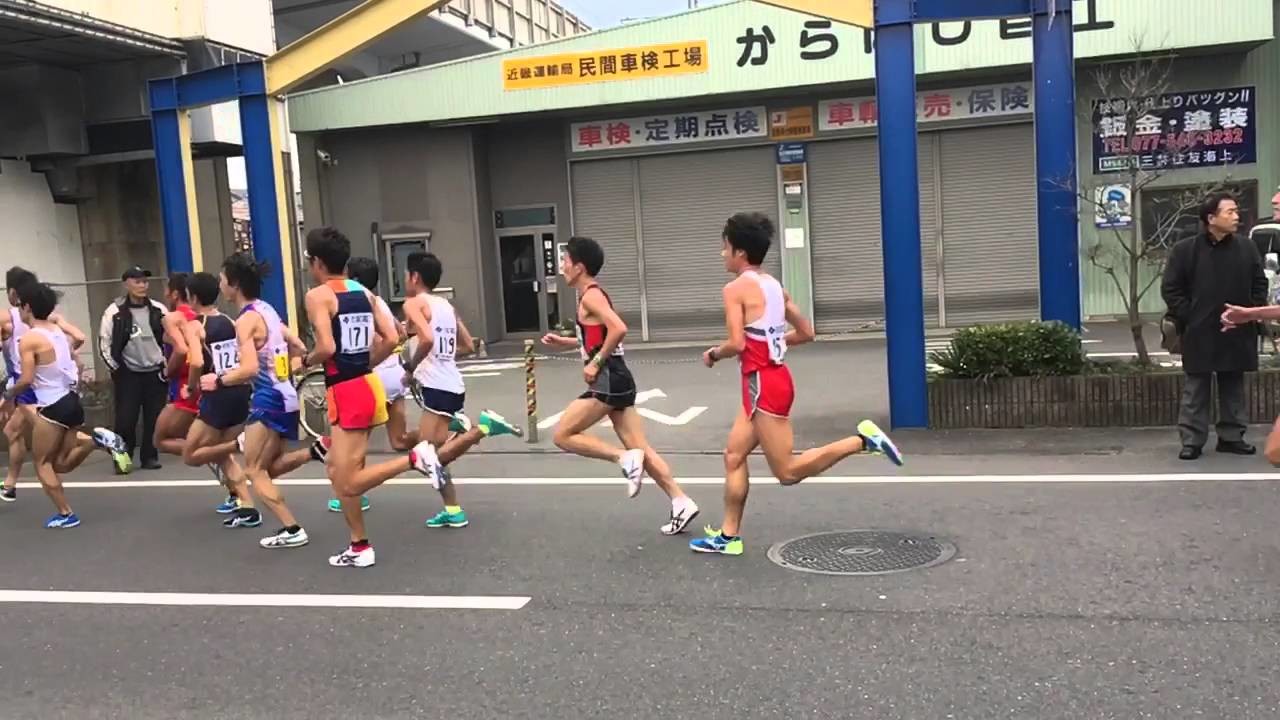 30 or so people went out on pace to go under the 2:05:29 national record in the first group, with what looked like about a hundred on mid-2:06 pace in the second group. Everything went smoothly and steadily, nature taking its course and whittling down both groups until there were only 12 left up front and a couple of dozen in the second group at 25 km when most of the pacers stepped off. Just past that point, Hiroto Inoue (Mitsubishi Juko), the second-fastest man in the field at 2:06:54, made a surge to break away. Lone remaining pacer James Rungaru (Chuo Hatsujo) took his time reeling Inoue back in, just five others still with him when he regained contact 3 km later.

When Rungaru stopped at 30 km past Ageo City Half Marathon winner Simon Kariuki (Togami Denki) took over with five Japanese men, Kengo Suzuki (Fujitsu), Hidekazu Hijikata (Honda), Shuho Dairokuno (Asahi Kasei), Masato Kikuchi (Konica Minolta) and Inoue, strung out single-file behind him. Kariuki slowed slightly to 2:59-3:00/km, but even so Dairokuno, Kikuchi and Inoue started to strain and lose touch. Suzuki and Hijikata, on the other hand, were even smoother and calmer than Kariuki, staying right there behind him.

The only changes until just after 36 km were the gap between the front and back trios widening and Suguru Osako's NR starting to slip out of reach. But at the 36 km drink station Suzuki made his move, one that will be studied for years to come. As they approached the #6 special drink table where Kariuki's bottle waited, Suzuki pulled out from behind him to his right. Just as Kariuki looked to his left to grab his bottle Suzuki attacked, and when Kariuki looked back up the gap was already about 5 m.

It was brilliant. And Suzuki, the 2017 National University Half Marathon champ in 1:01:36 and 2017 World University Games half marathon silver medalist and who made a similar move near 20 km in the MGC Race Olympic trials that ultimately helped his older teammate Shogo Nakamura win, was just getting going. For almost every one of the final 6 km he split in the 2:51~53/km range, bringing the NR back into sight, then 2:05:15, then 2:05:00.

With a final surge in the last 200 m of the track he stopped the clock at 2:04:56, the first Japanese man to break 2:05, 1:17 under former world record holder Wilson Kipsang's course record, and a PB by 5 and 1/2 minutes. "I didn't expect this kind of time at all," he said post-race. "In my other marathons to date I've slowed down in the last part, so the focus today was on finishing hard. I knew that was the right time to make my move." Still just 25, Suzuki's career goal is the Paris Olympics. Unluckily for him, the Project Exceed 100 million yen bonus program for a new national record has already run out. Let's hope he's got another chance to earn that kind of payday before Paris.

Behind him, Hijikata, only 23 and running just his second marathon after a 2:09:50 debut in Tokyo last year right before his graduation from Koku Gakuin University, dropped Kariuki for 2nd in 2:06:26. Likewise doing his second marathon after a 2:28:47 debut at Lake Biwa last year, 25-year-old Kyohei Hosoya (Kurosaki Harima) ran almost perfectly even splits, going through halfway in 1:03:21 to come up from the second group and run down Kariuki, Inoue, Dairokuno and half marathon NR holder Yusuke Ogura (Yakult) for 3rd in 2:06:35. Both Inoue and Ogura held on for sub-2:07 PBs, Inoue 4th in 2:06:47 and Ogura 5th in 2:06:51.

And behind them, the hits kept coming. 10 men ran 2:07. 13 ran 2:08. 14 ran 2:09. Almost all were PBs or debuts. 28 men sub-2:09, 42 sub-2:10. 174 men sub-2:20, the most ever, anywhere, by a long shot. With no Beppu-Oita, Nobeoka or Tokyo this season that may have been a factor of Lake Biwa being the only game in town, but still, can you believe those numbers, even with the usual Japanese depth? With the shoes these days times might not be worth what they used to be, but even if you factor in a couple of minutes this was about as good a demonstration of the sheer depth of quality of the marathon development system here as you could ask for.

And between that and a great race up front it was the perfect sendoff for Japan's oldest marathon before it disappears next year into the maw of Osakan modernity. Farewell, Lake Biwa. Long may you run. 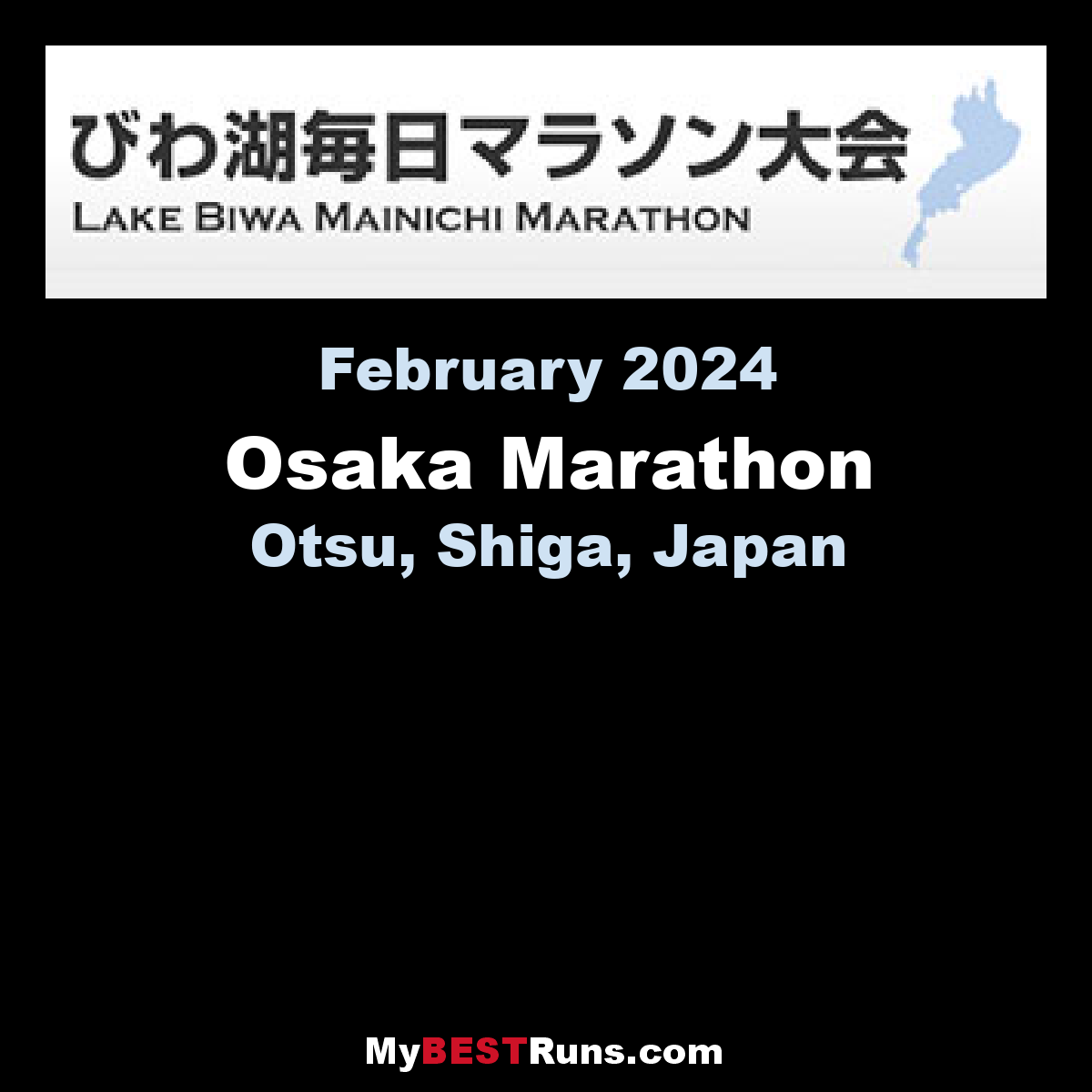