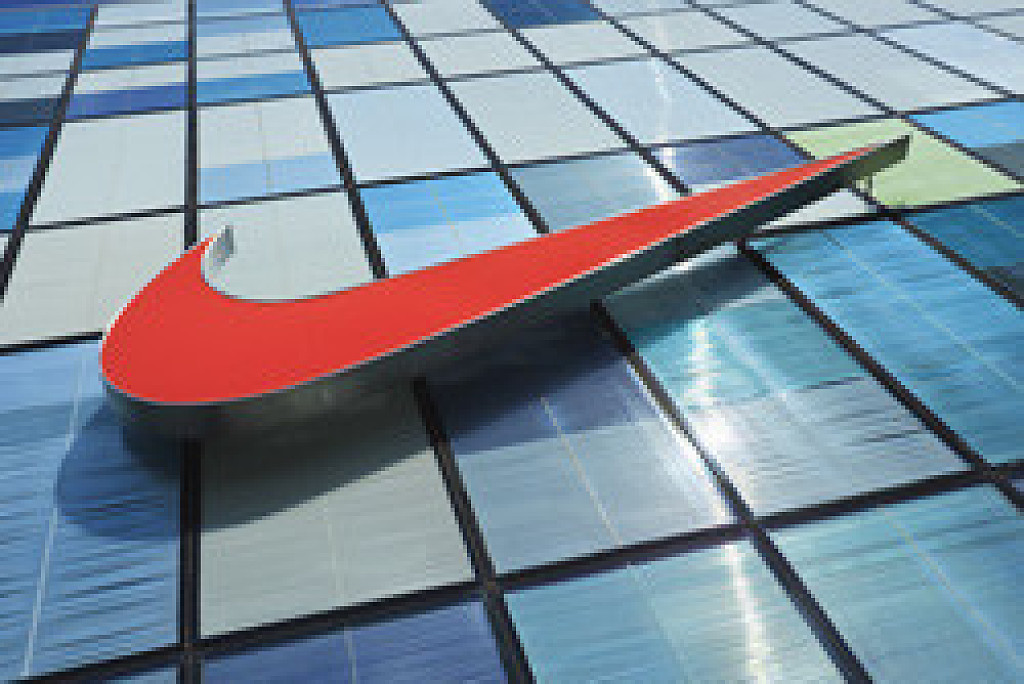 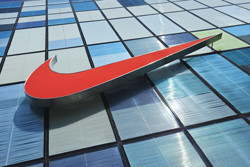 Nike reported an unexpected quarterly net loss and a sales decline of 38% year-over-year.

Digital sales soared 75%, representing about 30% of total revenue, as shoppers flocked to Nike’s website for sneakers and workout gear. 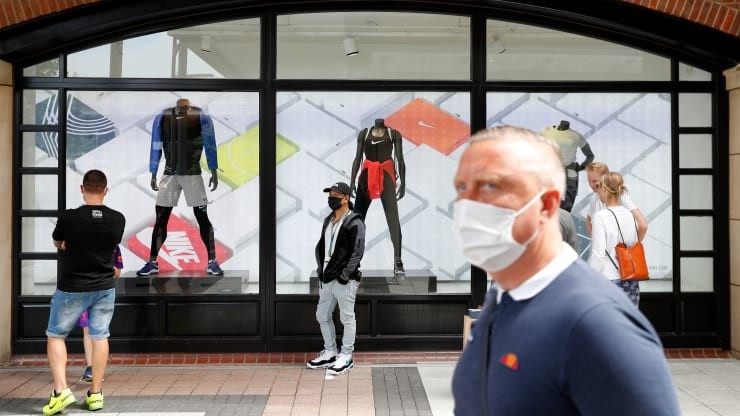 But expenses for shipping and returns also put more pressure on the company’s profits. Nike’s margins during its fiscal fourth quarter shrank to 37.3% from 45.5% a year ago.

Even Nike, often lauded as one of the strongest global brands in the retail industry, is taking a hit from the coronavirus pandemic.

The Portland, Oregon-based sneaker maker on Thursday reported an unexpected quarterly net loss and a sales decline of 38% year-over-year, as its business was hurt from its stores being shut temporarily, and online revenue was not enough to make up for that.

Its inventories also piled up, weighing on profits, as its wholesale partners such as department stores also had their shops shut and took in fewer orders for shoes and clothes.

Nike shares were recently down around 4% in after-hours trading.

Here’s how Nike did during its fiscal fourth quarter:

Total revenue was down 38% to $6.31 billion from $10.18 billion a year ago. Sales in North America were down 46%, while sales in China were down just 3%, with many of Nike’s stores in that region reopening sooner during the pandemic than in the U.S.

Sales at the Converse brand dropped 38%. For the Nike brand, footwear sales fell 35%, apparel was down 42% and equipment revenue tumbled 53%, as sports and many recreational activities have largely been put on hold due to the Covid-19 crisis.

Digital sales soared 75%, representing about 30% of total revenue, as shoppers flocked to Nike’s website for sneakers and workout gear. The company had previously set a goal to reach 30% digital penetration by 2023. But that timeline was accelerated rapidly because of the pandemic. Now, the company said it is targeting its e-commerce sales accounting for 50% of overall sales “in the foreseeable future.”

But expenses for shipping and returns also put more pressure on the company’s profits. Nike’s margins during its fiscal fourth quarter shrank to 37.3% from 45.5% a year ago.

Analysts were calling for the company to report earnings of 7 cents per share on revenue of $7.32 billion, according to Refinitiv data. However, impact from the coronavirus pandemic makes it difficult to compare the company’s results to analysts’ estimates.

“We are continuing to invest in our biggest opportunities, including a more connected digital marketplace,” Chief Executive John Donahoe said in a statement.

During a call with analysts, he went on to explain that Nike will make its online business more “central” to everything the company does, and that Nike will invest in opening additional smaller-format stores that are meant for customers to do things such as pick up their online orders. It said it will open about 150 such locations globally.

Nike said its inventories as of May 31 amounted to $7.4 billion, up 31% from a year ago. The company said the increase was due, in part, to it shipping less merchandise to its wholesale partners because of the pandemic.

Nike said product shipments to wholesale customers were down nearly 50% during the quarter.

According to CEO Donahoe, Nike’s digital business is up triple digits, so far, in June. Bricks-and-mortar retail traffic remains below prior-year levels, he said.

Nike is not offering a complete fiscal 2021 outlook at this time. But Donahoe said revenue should be flat-to-up compared with the prior year.

As of Thursday’s market close, Nike shares are down less than 1% this year. The stock is up about 22% from a year ago. Nike is valued at $157.7 billion.