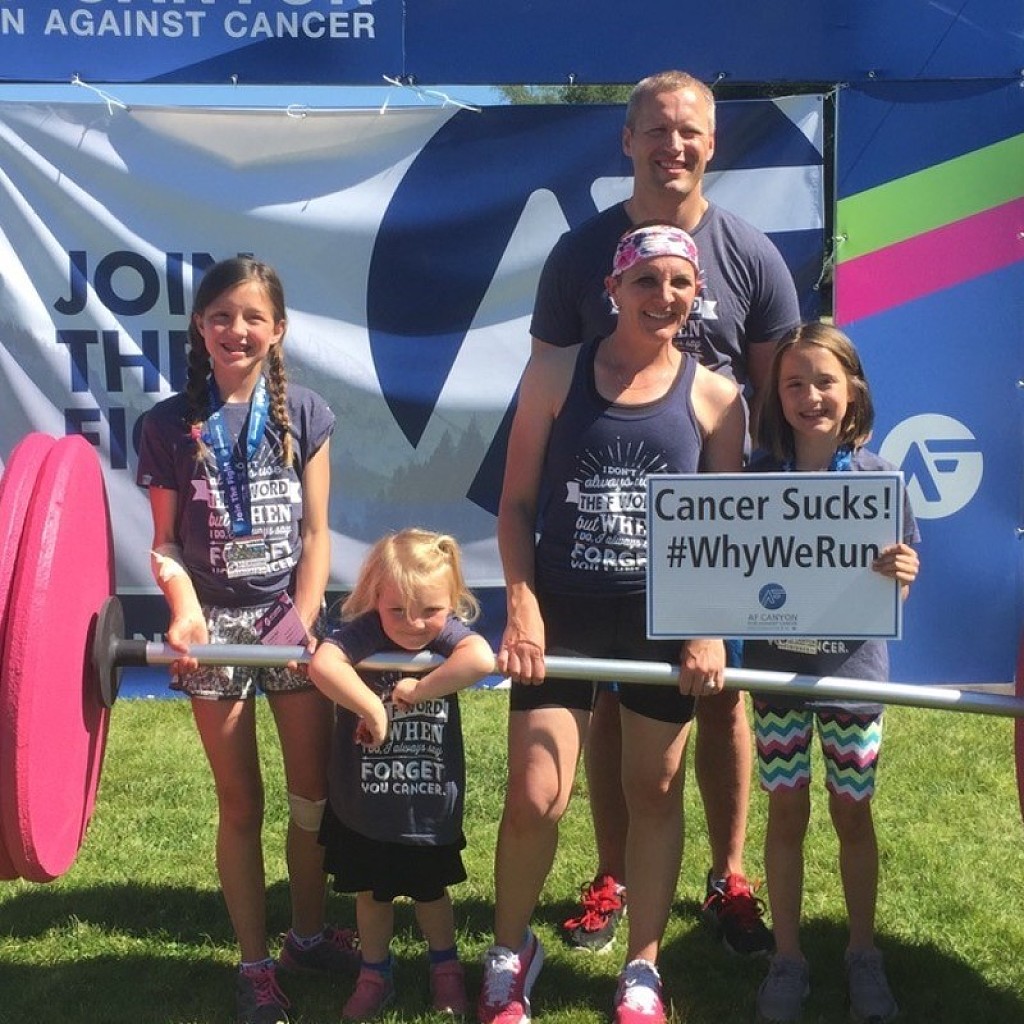 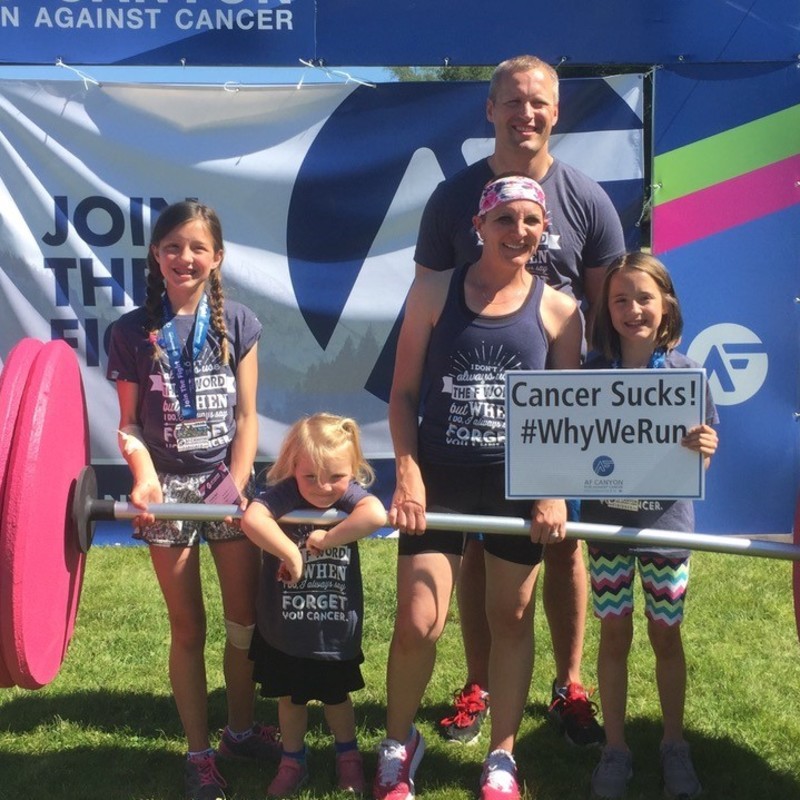 When Amber Bell was diagnosed with colon cancer in 2016, she thought her days of running marathons might be over. But this mom of three refused to accept that and has persevered, continuing to run while undergoing nearly four years of cancer treatment. This spring, Amber will be among the thousands of people running the Boston Marathon while raising money for charity.

Amber began running in college as a way to relieve stress and to feel good mentally and physically. Her running evolved into a love for training and racing. During a charity run benefiting cancer research in the summer of 2016, Amber realized something wasn’t right with her body.

“I just didn’t feel well the entire time I was running. I knew something was wrong, and I attribute that to being so active and physically aware of what was happening,” Amber says. 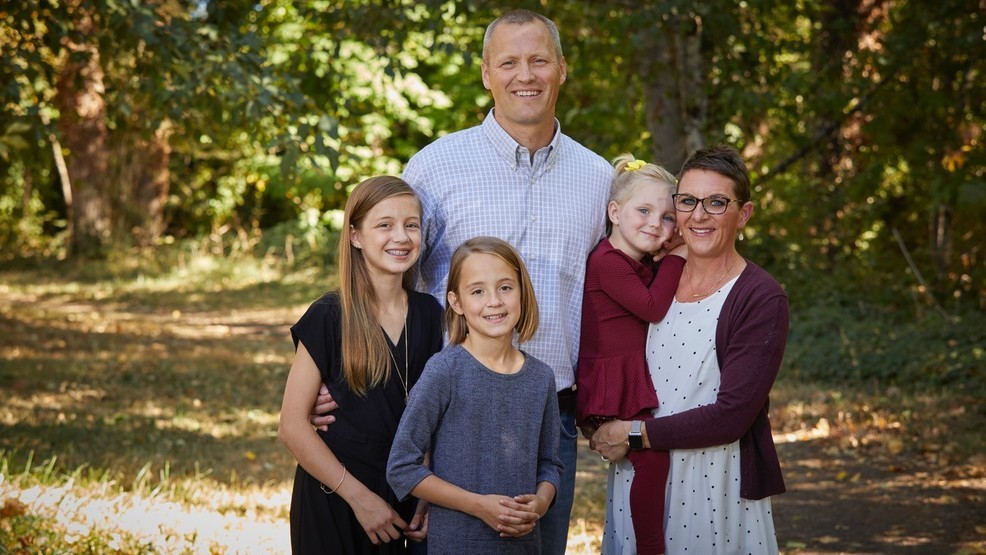 Devastated to learn she had stage 4 colon cancer, Amber worried about what that meant for her future and for her family. She also worried that cancer might take away her ability to run. After talking with her oncologist at Willamette Valley Cancer Institute, they mutually decided that she could still run if she felt up to it. 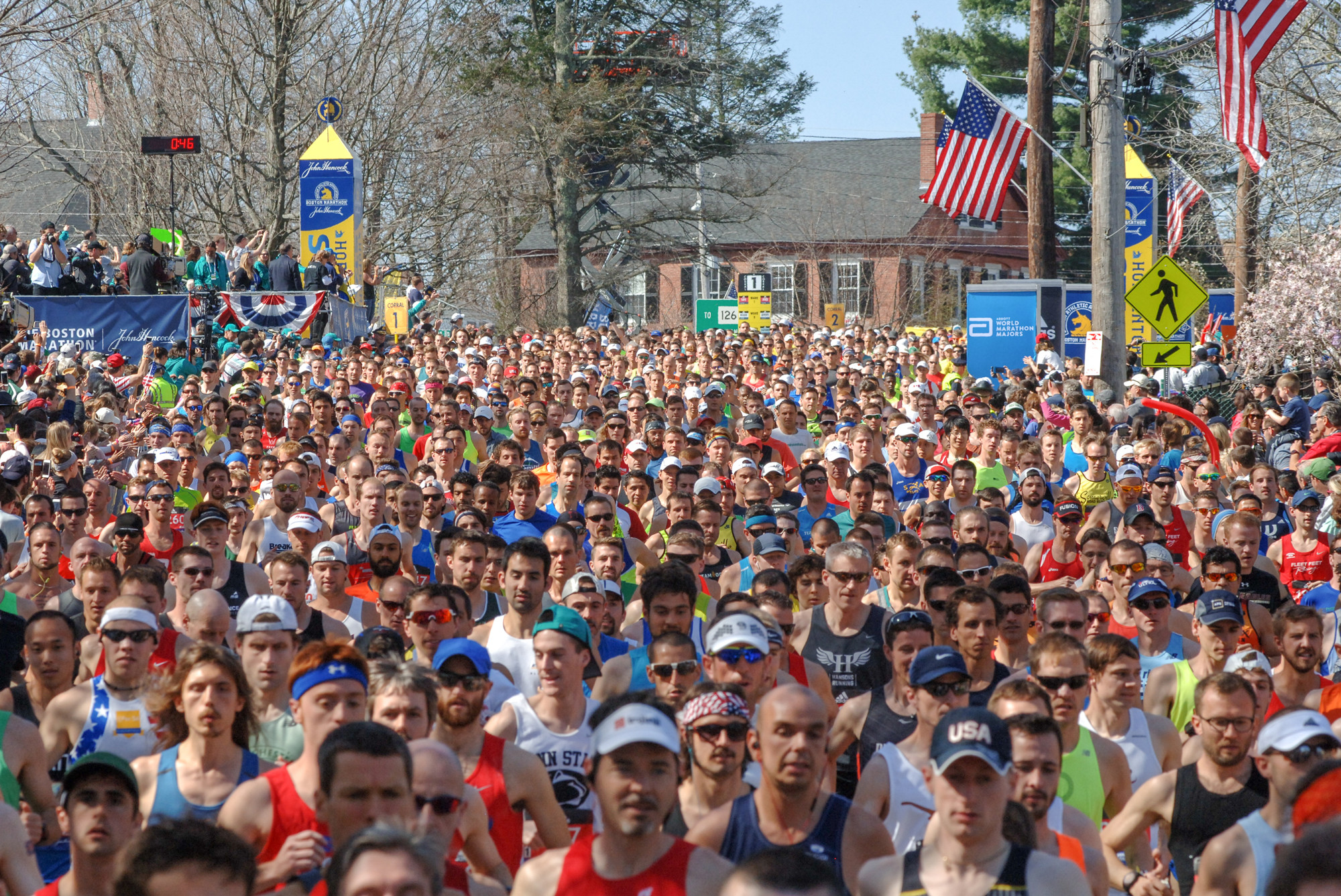 “He said whatever my body has the ability to do—do it, that it’s only going to help me, not harm me.” After a long recovering from surgery, she went on her first post-diagnosis run, which was a day she will never forget.

“I remember just sobbing and thinking, ‘I’m back to me. I have my body back. I can still do this, and it hadn’t been taken from me.”

Like many marathon runners, Amber dreamed of running the Boston Marathon. Qualifying for the race is difficult for runners at peak performance—for Amber, it now seemed impossible. Then she heard about another opportunity to participate in the race. Amber teamed up with Boston Medical Center, one of the Boston Marathon’s 43 official charity teams raising money for nonprofits, and began training to run the renowned 26.2-mile marathon on April 20.

Amber has raised about $9,000 for her charity team. She’s also working hard to prepare for the race, but it’s not without its challenges. Every other week, she receives chemotherapy to treat her cancer.

“I don’t feel well for several days following treatment, which prevents me from running,” Amber says. “So, it’s kind of like a week on and a week off, and I’ve just had to deal with that. It’s frustrating because it feels like I’m taking two steps forward and one step back. But I have to focus on the fact that I’m still taking steps forward.”