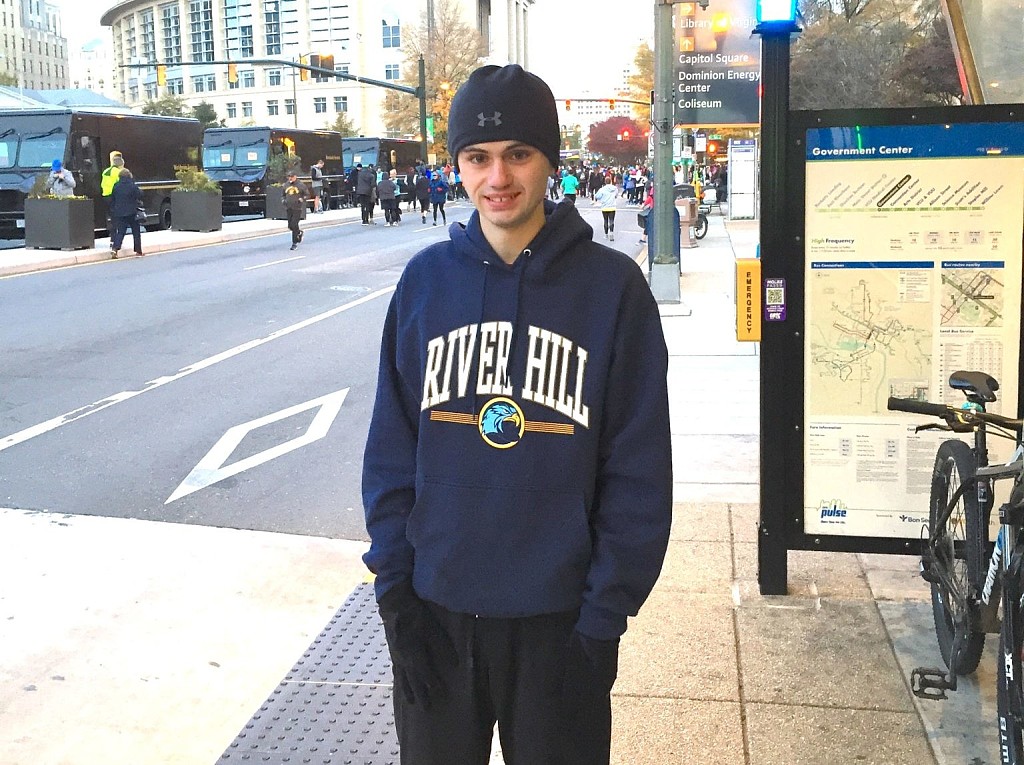 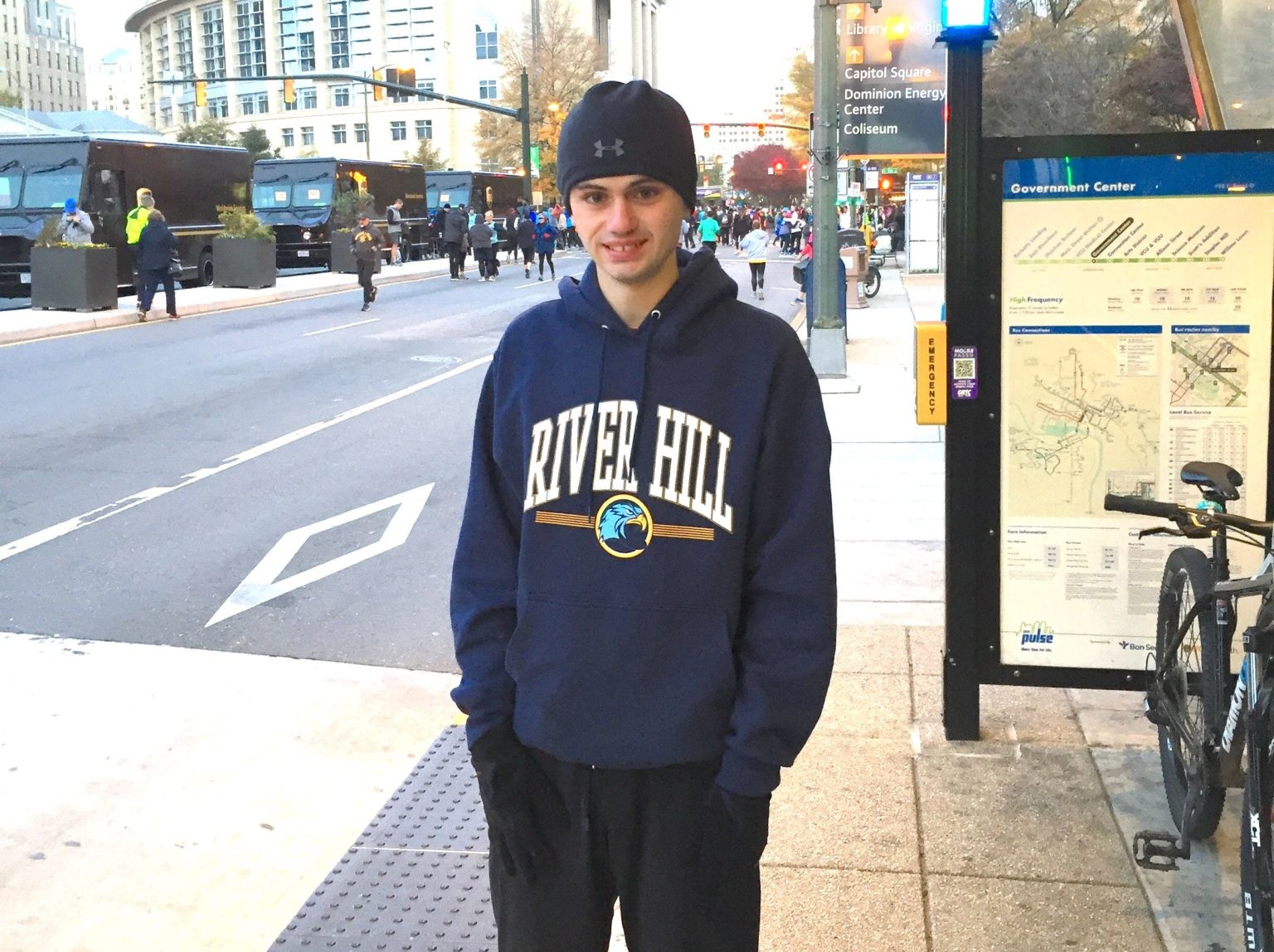 Logan Thomas, 18, became only the second male Special Olympic athlete ever to qualify for the Boston Marathon

The oldest of Darek and Elaine Thomas’s four children, Logan is on the autism spectrum. Diagnosed at the age of one, Logan’s biggest delay is communication. He is verbal, but putting thoughts into words is a challenge. As his father explains, the difficulty lies with “output, not input.”

While his output is limited, Logan’s ability to absorb “input” is greater than most of us will achieve in a lifetime. He’s particularly drawn to languages– when he discovered language tutorials on YouTube, he taught himself to read and write 25 of them, including Chinese.

Logan attends the nonpublic, special education St. Elizabeth School in Baltimore, Md., whose slogan is “Helping Students with Special Needs Go the Distance.” In Logan’s case, the phrase takes on a literal meaning. 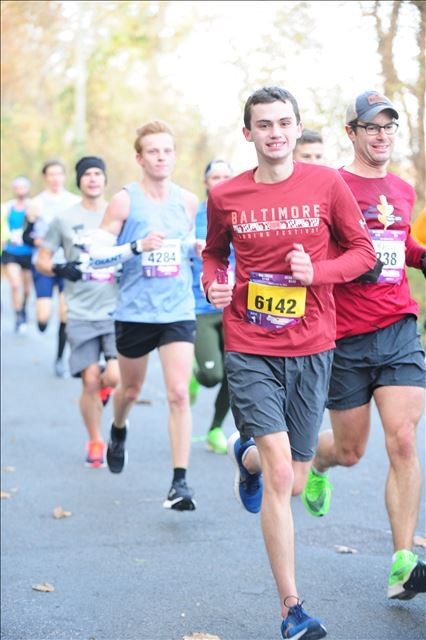 While St. Elizabeth has no traditional sports teams, students are encouraged to participate in athletics and club sports as much as possible. Logan was especially drawn to the running club. While in the club, his parents noticed how running had a calming effect on their son. Also, he was really good at it. At just 16-years-old, Logan ran the Baltimore Half Marathon with his dad and won his age group with a 1:27. He also ran two full marathons prior to the Richmond Marathon, with a 3:14 personal best at the York Marathon in York, Pa. last May. 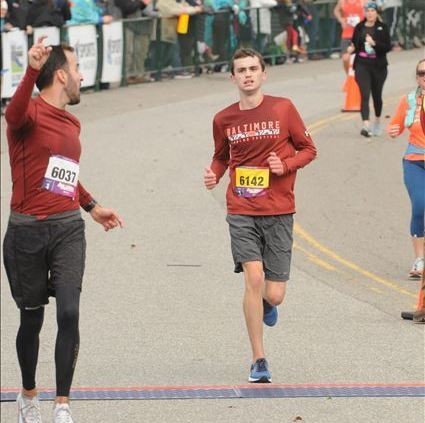 For Logan’s father, his accomplishments are about more than showcasing his running talent. Darek feels that Logan can help shift the perception towards kids with special needs.

“There are some kids with real ability! I don’t like labeling kids as having a disability. We need to get past that,” said Darek. To him, Logan shouldn’t necessarily be labeled as a Special Olympic athlete. He’s just an athlete– “a really good athlete.”

That much is obvious from his past performances, and yet his physical limits are hard to predict: he lacks the communication to give feedback about his race efforts. However, he just keeps getting faster.

That’s what prompted Logan’s father to set a goal for Logan to break three hours in the marathon and qualify for Boston.

The race plan would go like this: Logan’s dad, Darek, would be on a bike, checking in periodically. Chris would try to bring Logan through 26.2 miles in under three hours, the Boston qualifying time for their age group. But they’d likely need 2:57 to give Logan a good chance of being accepted into the increasingly-competitive Boston Marathon.

So, Chris planned to pace Logan at 2:57—dangerously close to his own PR. Jon, an experienced pacer, had only ever paced groups 30-40 minutes slower than his own race time—a considerably safer margin. Chris and Jon both admitted they were worried the night before the race. Aside from their own pacing abilities, there were some unknowns about handling the later miles, especially in terms of endurance. After all, Logan’s training was unconventional to say the least– he never ran farther than 12 miles on a long run.

Nevertheless, come race morning, Logan faced the start line without nerves or fear creeping in. Chris says he looked content and calm as he waited at the start line.

“Logan doesn’t get nervous the way we do… it’s a really nice thing,” explains Darek.