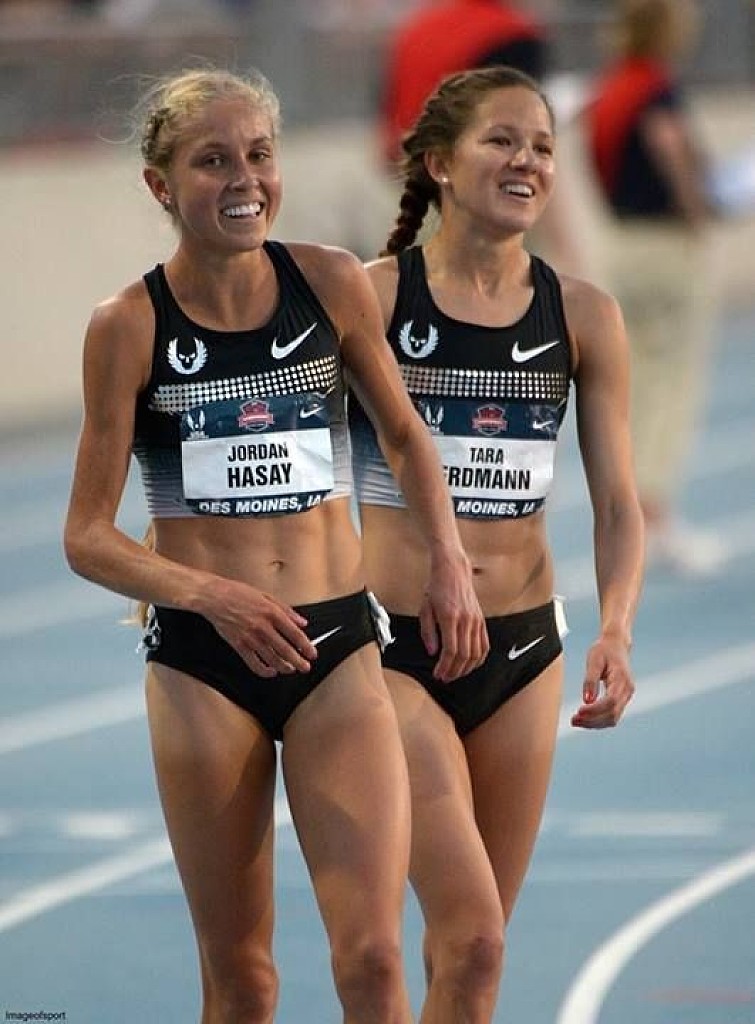 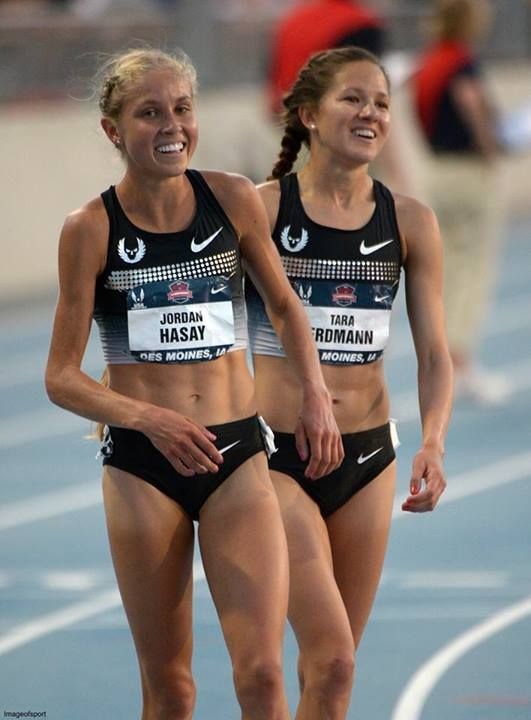 Jordan Hasay went into the Chicago Marathon on October 13 in excellent shape, hoping to make a run at the American record in the distance. But about two miles into the race, she tore her left hamstring. She limped past the 5K mark in 22 minutes before dropping out of the race.It was the bitter end of a tumultuous two weeks.

On September 30, her longtime coach, Alberto Salazar, was hit with a four-year ban from track and field for anti-doping violations. Hasay, 28, said she never witnessed anything improper in her time with Salazar and his team, the Nike Oregon Project. On October 11, Nike shut down the Oregon Project, leaving the athletes who had trained with Salazar to work out new coaching and training situations. 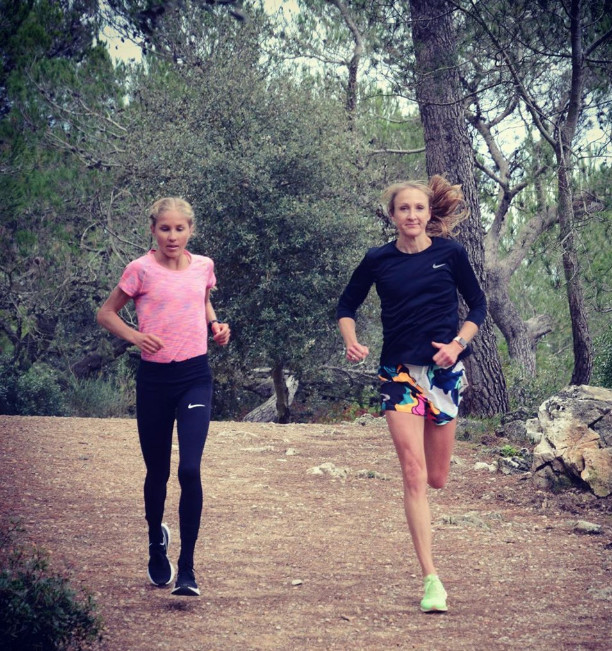 The timing of Hasay’s injury and the coaching upheaval were not ideal: American marathoners are preparing for the Olympic Marathon Trials on February 29, 2020 in Atlanta.

The upheaval has continued this month: On November 7, in an explosive opinion video in The New York Times, Mary Cain, a former teen prodigy who trained with Hasay and others at the Oregon Project, alleged she was “emotionally and physically abused” in her time with Salazar.

On a recent trip to Monaco, she formalized a relationship with Radcliffe to be her “mentor-coach.” Radcliffe held the world record in the women’s marathon, 2:15:25, for 16 years. The record fell last month to Brigid Kosgei, who ran 2:14:04, at the Chicago Marathon, where Hasay dropped out.

Hasay has long admired Radcliffe. As Hasay was training for her first marathon, Boston in 2017, her late mother used to call Hasay by the pet name “Paula.” Radcliffe and Hasay first met at the 2017 Chicago Marathon, where Hasay ran 2:20:57 and became the second-fastest American marathoner behind Deena Kastor. Hasay and Radcliffe have kept in touch since then. 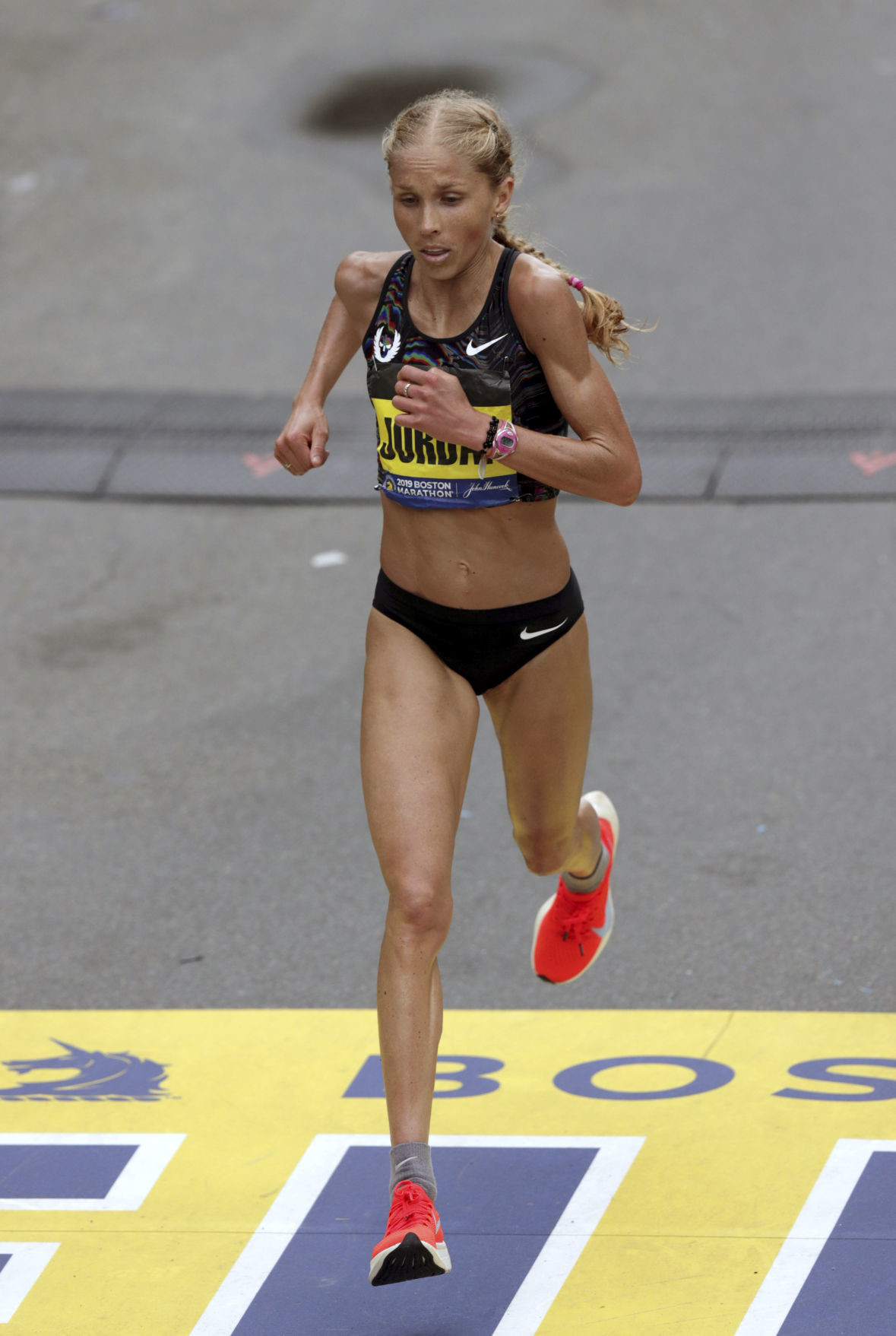 Last week, together in Monaco, they sat down and mapped out Hasay’s training for the next 15 weeks until the Trials. Hasay said she believes she’s the first athlete to be coached by Radcliffe and specified that Radcliffe, and not her husband, Gary Lough, who oversees the training of Mo Farah, will be in charge.

Hasay will stay in California and communicate remotely with Radcliffe. “I’ve always really looked up to her as a role model,” Hasay said. “Since we first met two years ago in Chicago, we’ve kept in touch and she’s given me a lot of advice. She knows that I have had some very good coaches in the past. We’re not going to go in and change a bunch of things. At this point, I mainly need someone to hold me back and make sure I stay injury free. She’s such a kind person.”

After two weeks off from running after the Chicago Marathon, Hasay has returned to running almost pain free, she said, although the hamstring feels tight at faster speeds. On November 19, she did a hill workout.

She is in the process of selling her home in Beaverton, Oregon, near Nike headquarters, and she will live with her father in Arroyo Grande, California, until she eventually buys a home in that area. She is more suited to the climate there, she said, where it is sunny and warm year-round, than the rainy winters of the Pacific Northwest. She also said the community has supported her since she began running at age 12. Being home “will add a lot of happiness,” she said.

When asked about Cain, Hasay said she knew her teammate was struggling during her 10 months training in Portland with the Oregon Project, but she didn’t know the extent of the problems.

“I was pretty shocked with the video,” Hasay said. “Obviously I feel really sad and I texted her and said I’m really sorry. That if I knew that it was that bad, if there was anything I could have done, I just apologize.”

Hasay said she and Cain were fairly close but she had “no idea” that Cain was cutting herself, as she said in the Times video. Cain also said Salazar was constantly trying to get her to lose weight to hit an arbitrary number, 114 pounds.

Hasay said she thought Cain’s youth and the intensity of the training and the program were a poor combination, but she expressed sympathy for both Cain and Salazar.

“It’s so sad, everyone was trying their best, though,” she said. “I really think you can’t point fingers and it’s really easy from the outside to kick Alberto under the bus. People make mistakes. He could have handled it at times differently. He really was doing his best. He wasn’t trying to cause any of the problems that she described. I sympathize with both sides.

“That’s why it’s hard—I haven’t commented on it—I don’t really have a side. I didn’t experience what she experienced, but I can see how it was so difficult. I think that her message is a good one, addressing these issues, they are important, I think it’s good overall that we’re looking at some of things.”

Hasay continued that when an athlete is still growing and going through puberty, getting to a certain weight is “difficult.” Older athletes on the team, she said, were able to push back in discussions with Salazar on weight.

“Alberto, if you ask me is he obsessed about weight? Yes, but he’s obsessed about everything,” she said. “He wanted to cut my hair [to reduce drag], he wanted me to wear a wetsuit in the Boston Marathon. It’s just every little detail is covered and weight happens to be one of those things.”

Salazar told Hasay she needed to gain weight at times. “He’s told me, ‘You don’t need to be this lean all year. I’d like you to go back up.’ We’ve had discussions. I think when you’re older and more experienced, you can speak up. It’s hard when she’s so young and still growing. It was just the whole situation wasn’t the right fit, unfortunately.”