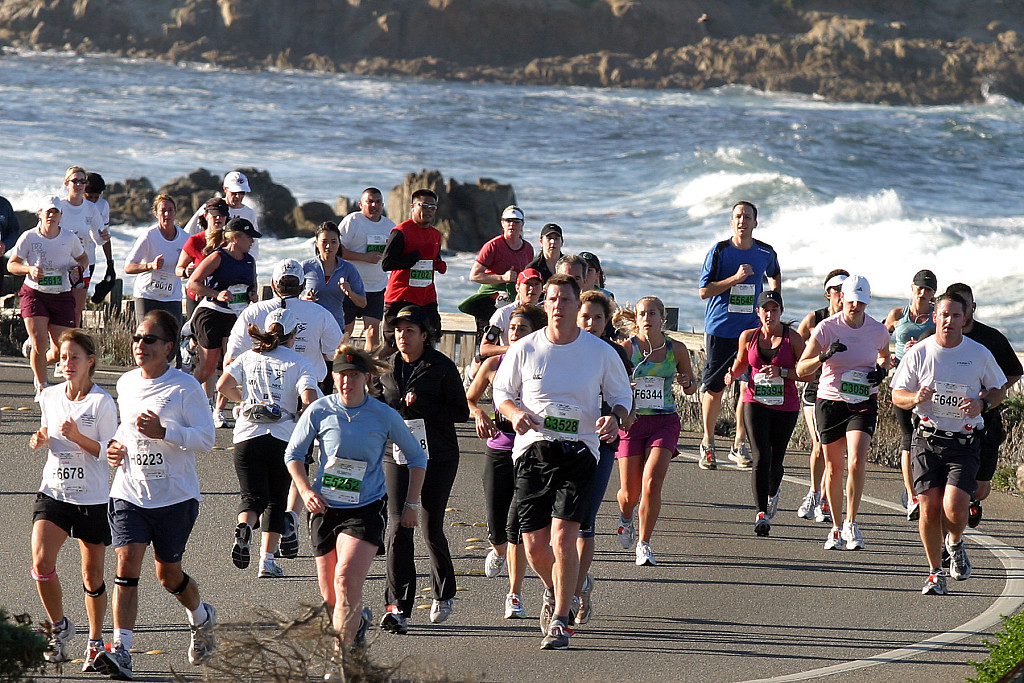 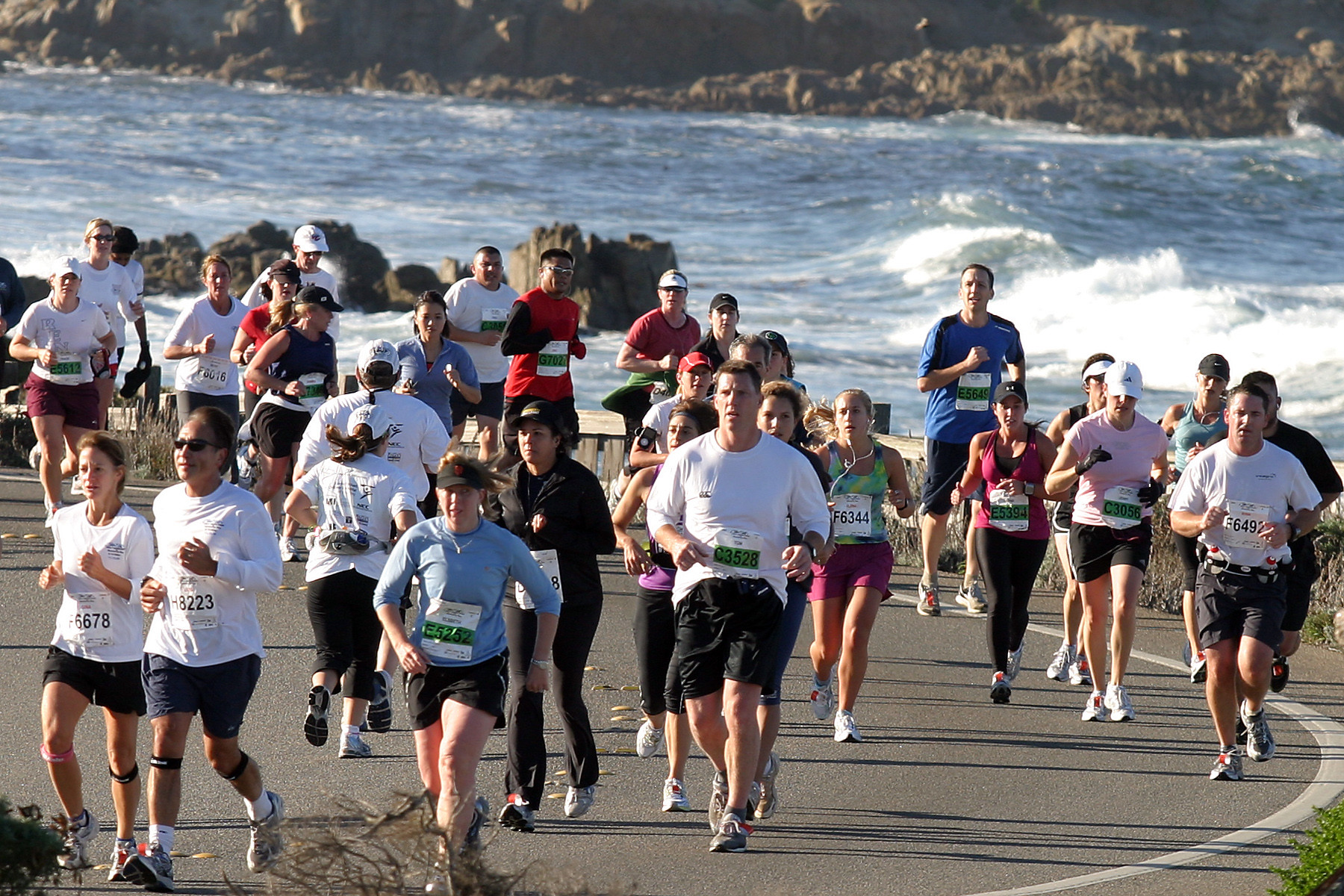 After last year’s cancellation, the big news heading into the weekend of the Monterey Bay Half Marathon is that the race is on for Sunday

“We’re just really excited to have the race this year after last year’s unfortunate cancellation,” said Doug Thurston, executive director and race director for the Big Sur Marathon Foundation. “We’re not affected at all by any of the wildfires in California.”

Officials canceled the race last year the evening before the event when shifting winds brought high levels of smoke from the Camp Fire in Butte County into the area causing unhealthy air quality on the Monterey Peninsula. The 3K and 5K races were held the day prior in moderate air quality.

“We’ve got great weather forecasts and we’re looking forward to a record number of participants,” Thurston said. “All events will be sold out, so it will be the largest race weekend in the 17-year history of our half marathon.” 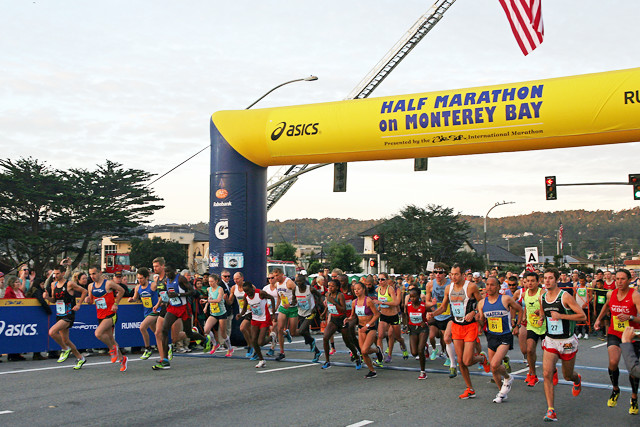 The half marathon itself has reached its limit of 9,000 participants in past years, though more than 4,000 entrants to last year’s canceled race deferred their registration fees to this year’s race causing the capacity to be reached several months ago. Thurston said the Pacific Grove Lighthouse 5K, with a capacity of 2,000 entrants, sold out as well.

The weekend’s festivities begin with the Health and Fitness Expo opening up noon Friday at the Monterey Conference Center, giving entrants a chance to pick up their bib and race packet as well as providing information, services and the sales of merchandise. The races begin Saturday with the By-the-Bay 3K at 8 a.m. and the Pacific Grove Lighthouse 5K, both starting at Lovers Point in Pacific Grove, at 8:30 a.m.

The Monterey Bay Half Marathon starts Sunday at 6:50 a.m. on Del Monte Avenue at El Estero before traversing the Monterey Peninsula’s coastline to Asilomar State Beach, where runners will turn around and head back. 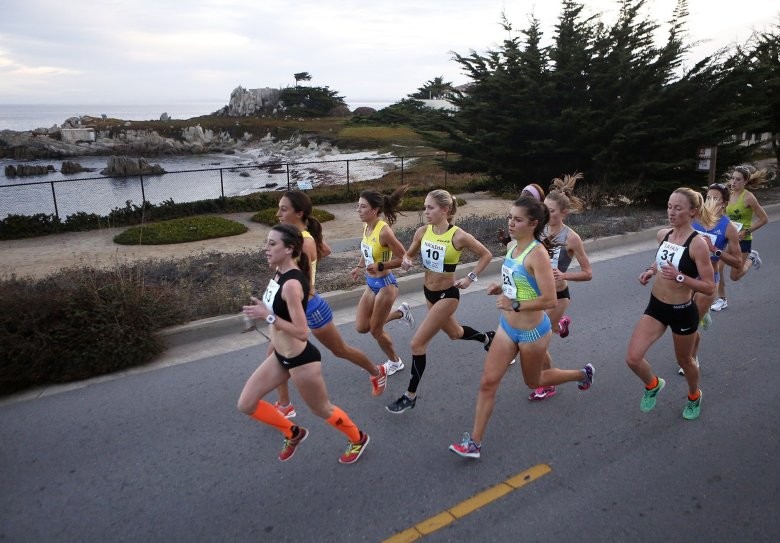 The race is different from many others in that it has 15 waves of starters, which Thurston said spreads the field out to make for smoother running through some of the more narrow sections of the course. The waves are set based on predicted times when entering the races.

“It allows people to run with people of similar ability for more consistent pacing throughout the race,” he said, adding that the out-and-back nature of the course allows for everyone to watch as the elite racers catch up and pass the others.

Thurston said race organizers appreciate the support of the community, including those who come out to cheer. In Pacific Grove, school groups and others line the course to watch and cheer on the competitors.

“The enthusiastic support of friends and family and the community can really help people get through the later miles of the race,” he said 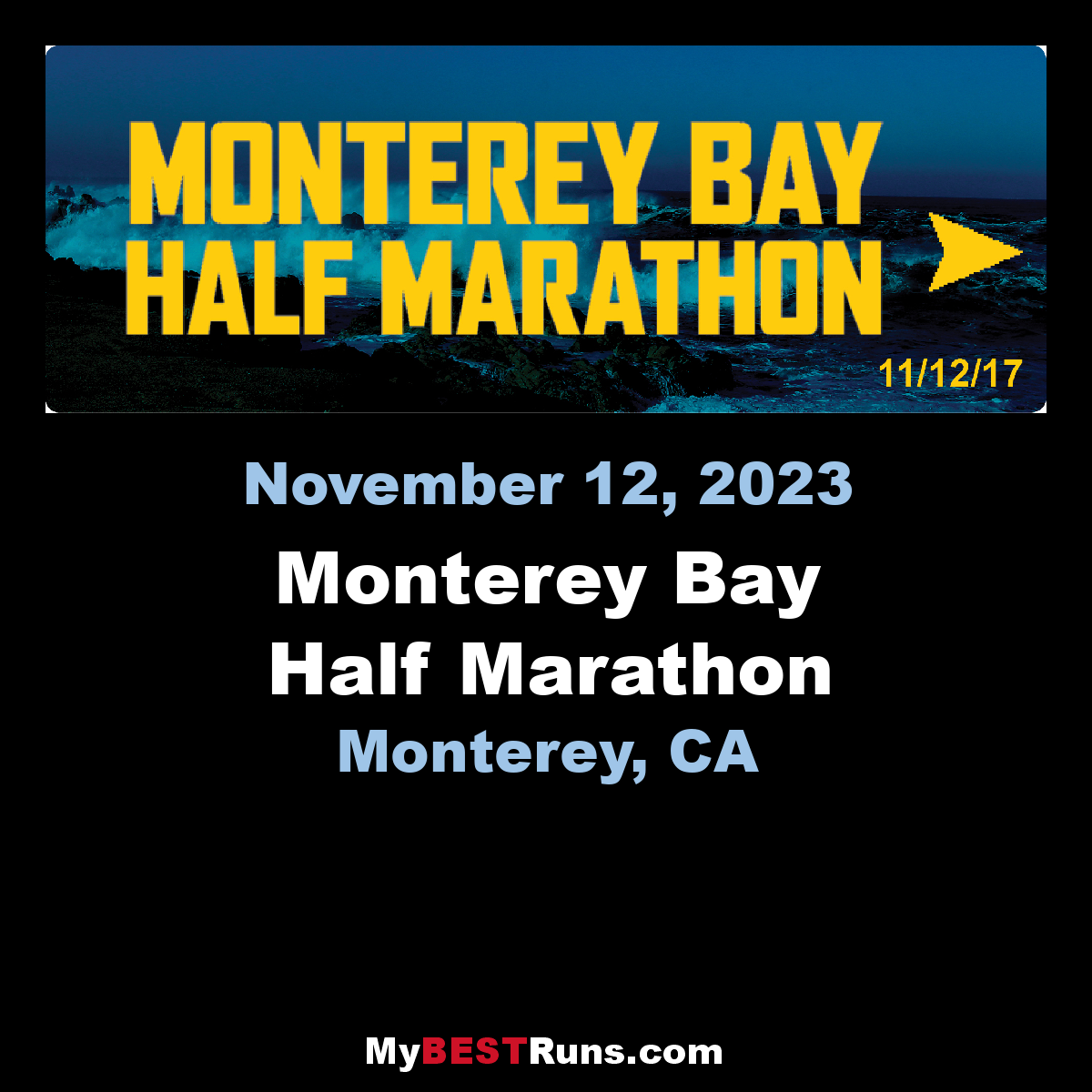