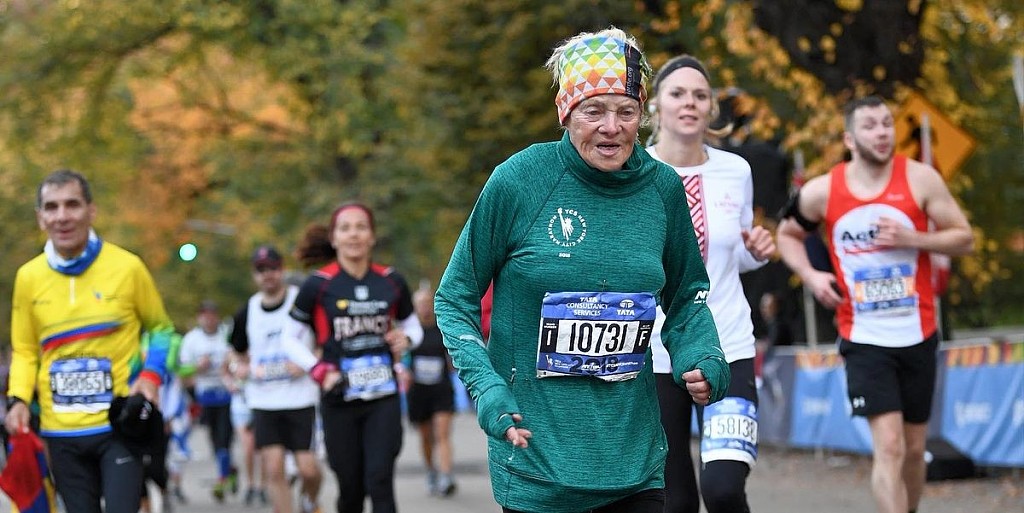 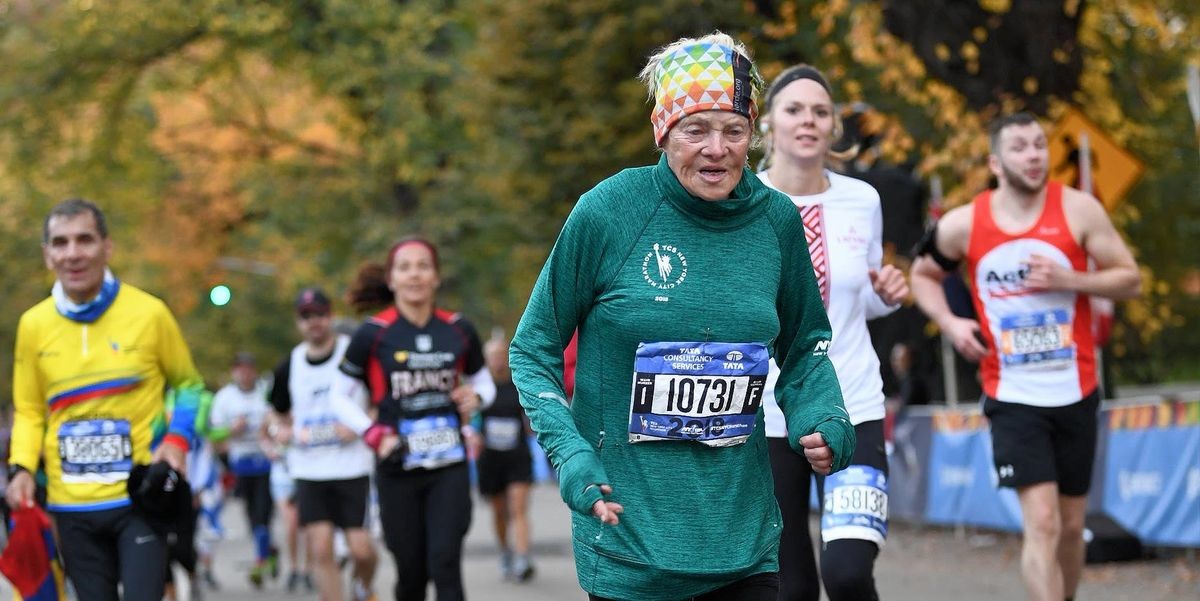 Ginette Bedard is a New York running celeb. She was among the oldest runners on Sunday at the Fifth Avenue Mile.

It doesn’t matter how far away it is or how fast she gets there—masters runner Ginette Bedard still loves a finish line. 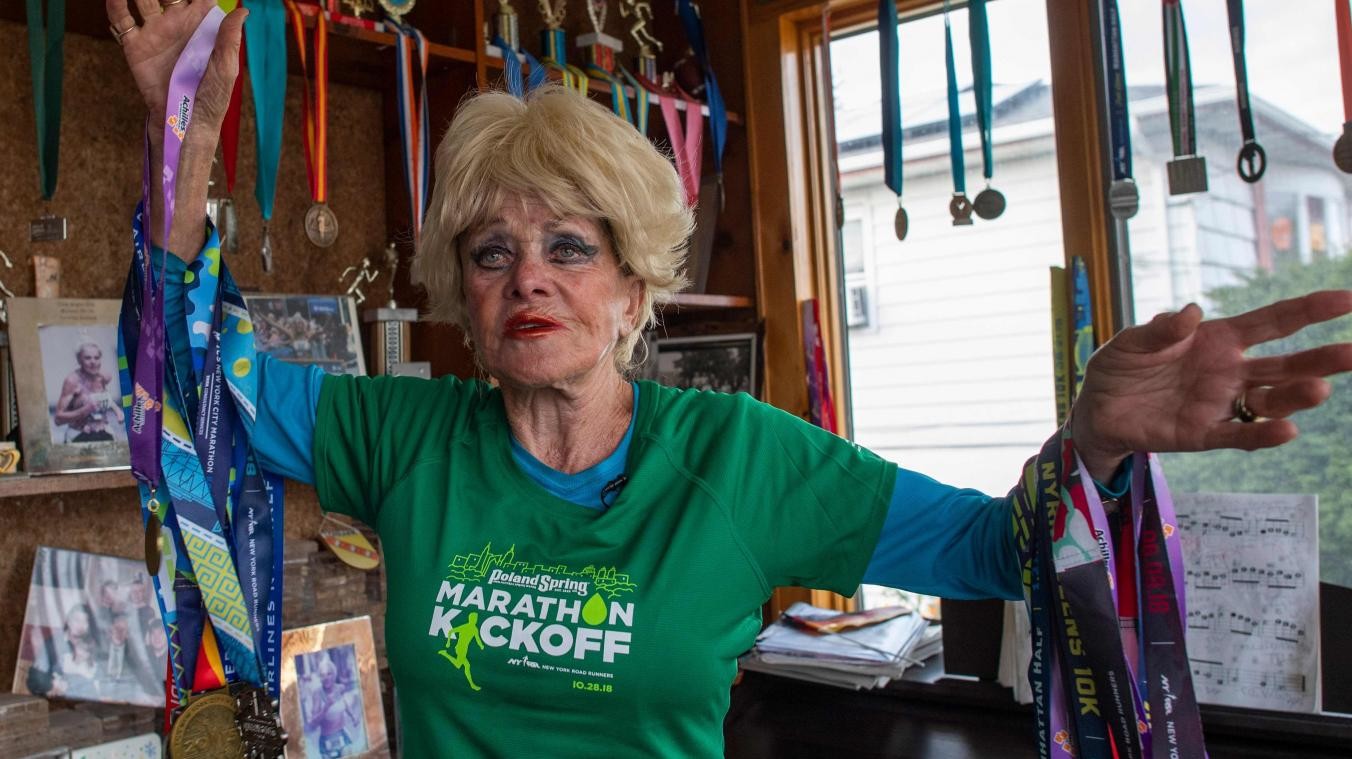 “The shorter the run, the faster you have to run,” says Bedard, who grew up in France before moving to Queens in 1972. “It’s stressful, but it’s beautiful. Everyone is applauding, and oh la la, it’s euphoria.”

“Biggest mistake,” she says. “I had to hold my wig while I was running, and it slowed me down. Never again did I wear a wig.” 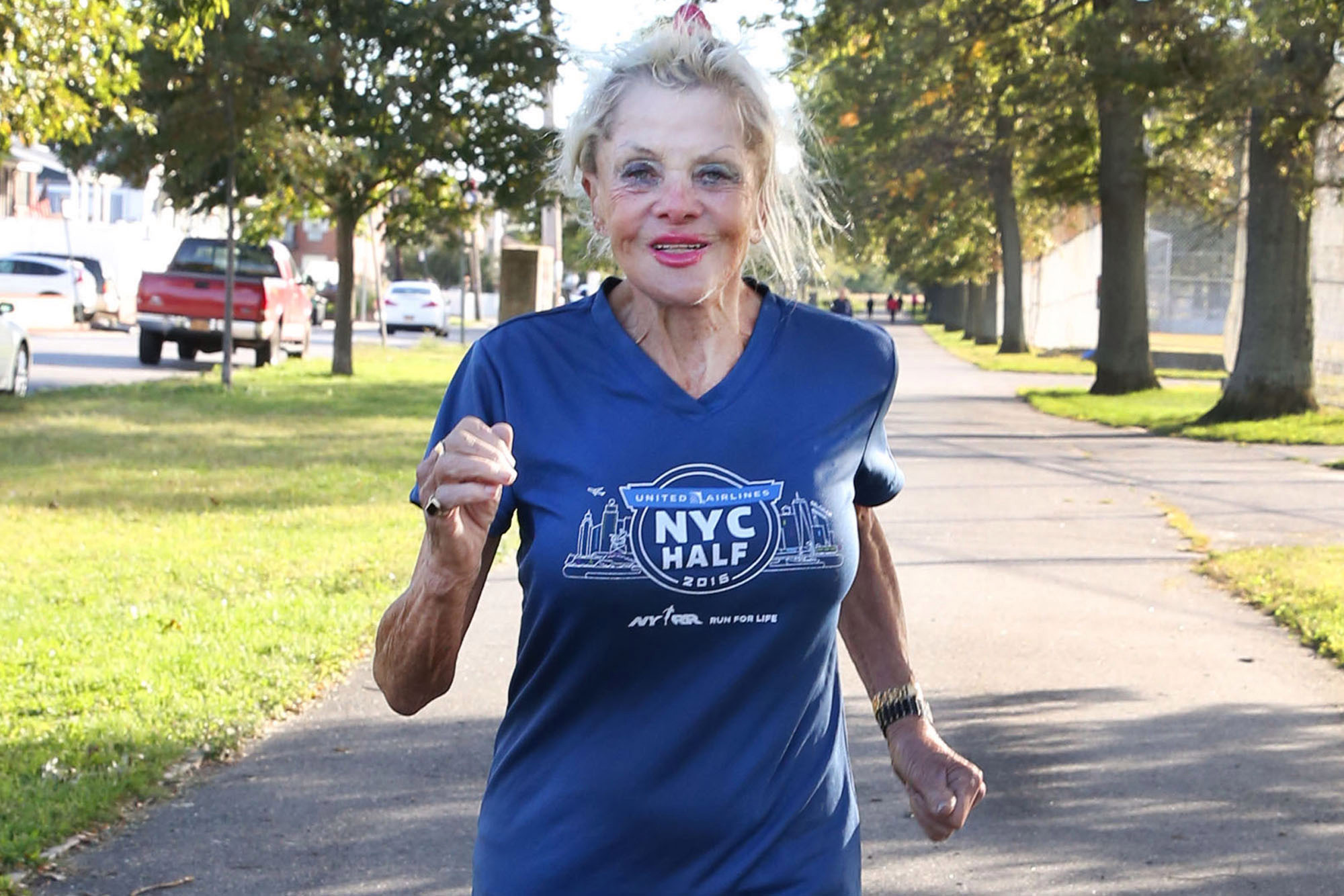 Despite the hair fiasco, she ran 7:27 in her first one-mile race.

At the Fifth Avenue Mile on Sunday which she has run every year since 2002, she clocked 11:34 and finished second in her age group.  Afterwards she said she has no plans to take a break. Bedard is gearing up for the 2019 New York City Marathon on November 3, a race she has completed 16 consecutive times.

Bedard has always been a masters runner. She didn’t start running until she was 68, urged on by some coworkers while working at an airline at JFK Airport.