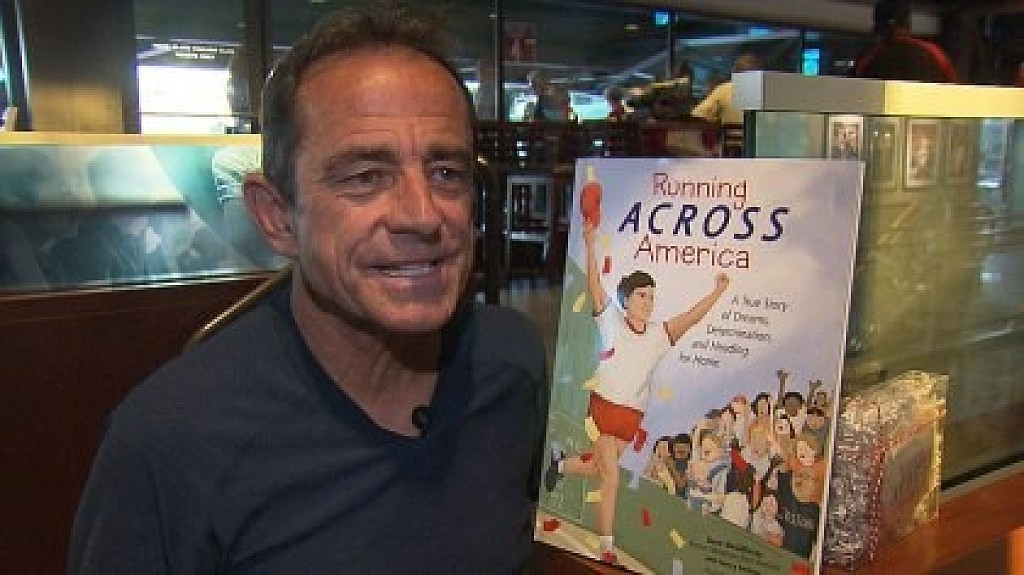 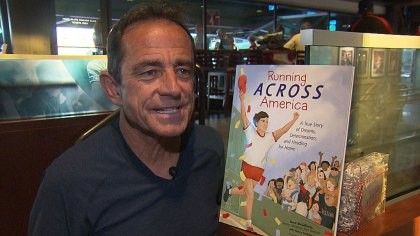 A marathon inside Fenway park Monday was not just about a race — it served as the backdrop for a book launch and the next chapter in one man’s extraordinary career.

Almost exactly 41 years after McGillivray completed his race across the country for the Jimmy Fund, he launched his new children’s book where that historic run ended: Fenway Park. The Fenway Park Marathon he created was also underway. 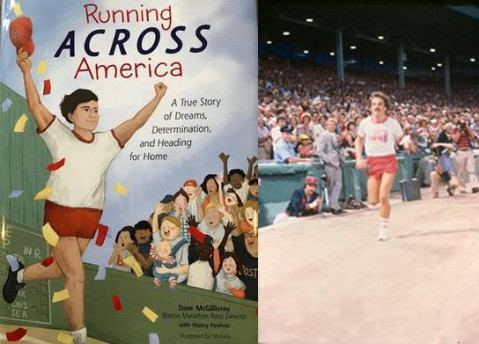 “You’re running inside one of the most iconic, revered parks in America,” explained McGillivray. “For me, it’s a highlight of my athletic career.” 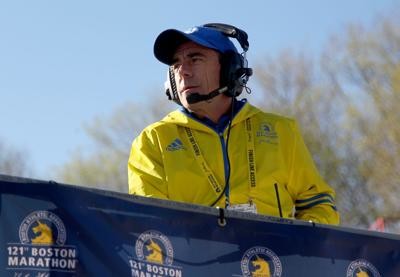 The book “Running Across America” is the story of McGillivray’s run from Medford, Oregon to Medford, Massachusetts and into Fenway Park during a Red Sox game.

The book’s theme? The path to your goals isn’t always a straight line.

“When I was a kid, I always wanted to play second base for the Boston Red Sox. Unfortunately, I was short in stature so that never happened… then as a runner, I said, if I can’t play in Fenway Park, I’m gonna run in Fenway Park.”

Just before the book launch, McGillivray ran the Fenway 10k. He makes it look easy, but he wants kids to know that cross country run was tough.

“The idea is to teach children about perseverance and setting goals, not limits,” he said. “Hopefully, it inspires kids to believe in themselves and raise their level of self-confidence.”

Proceeds from the sale of “Running Across America” benefit the Joseph Middlemiss Big Heart Foundation Inc. and the Jimmy Fund.

McGillivray is also renewing his “dream big challenge,” where kids who read 26 books, run a total of 26 miles, and do 26 random acts of kindness earn a “dream big” medal.