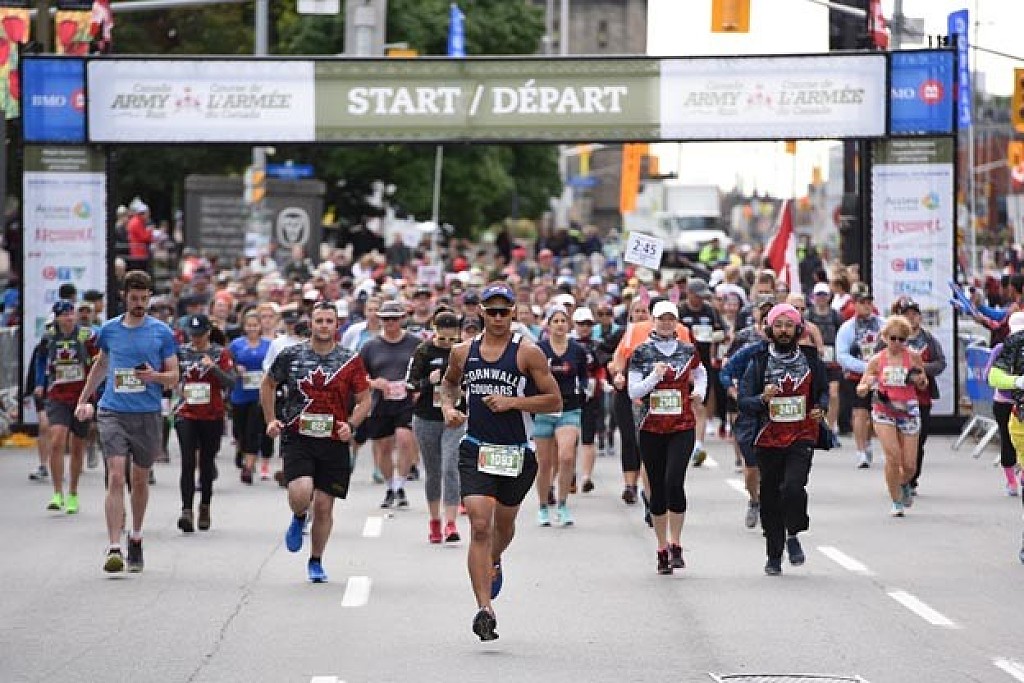 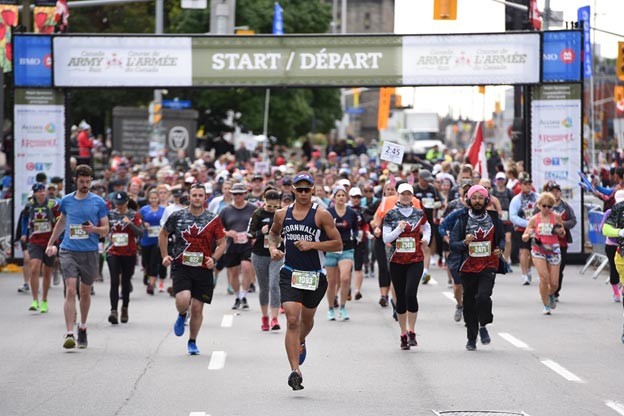 Canada Army Run presents some fantastic opportunities to see our national capital while honoring and supporting our men and women in uniform. Along with the new start/finish location at the Canadian War Museum, the race has just unveiled brand-new routes for the 5K, 10K and half-marathon. Everything happens on Sunday, September 22.

All three of the new courses travel some distance east from the Canadian War Museum on Wellington Street, past the Supreme Court of Canada and the Parliament Buildings. And all three routes cross into Gatineau, so runners get to enjoy the beauty of the National Capital region on both sides of the provincial border. 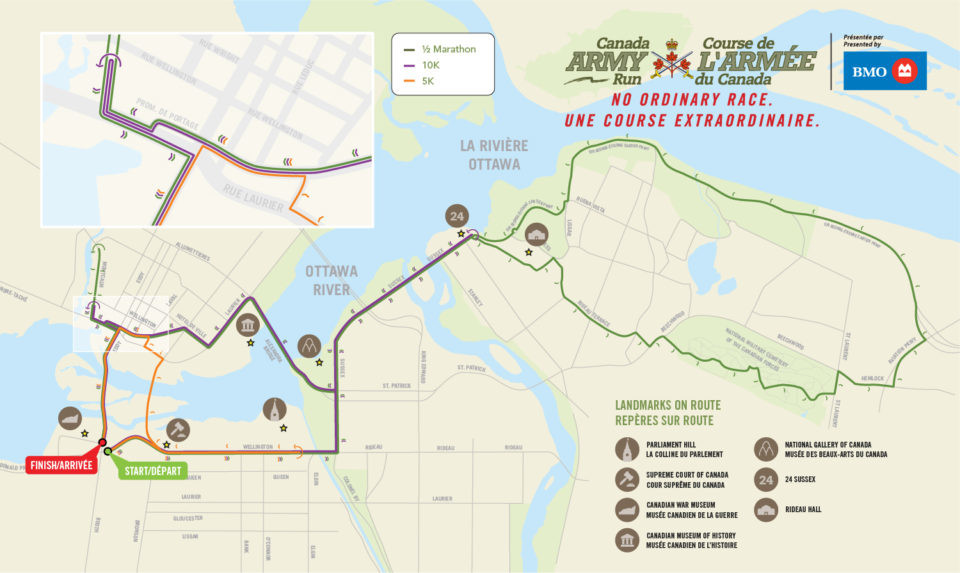 “Our new location at the Canadian War Museum is an ideal fit for our uniquely military-themed event,” says communications manager Michael Timmermans,  “and Canada Army Run has forged a partnership with the CWM which will help ensure the success of our event for the foreseeable future.”

If you’re running the 10K or the half-marathon, after passing the Chateau Laurier you’ll make a left on Sussex Drive, passing by such renowned Ottawa landmarks as the National Gallery and 24 Sussex Drive (the traditional residence of the Prime Minister and where Justin Trudeau grew up, though during his tenure as PM he and his family have been living at Rideau Cottage, on the grounds of Rideau Hall, the Governor General’s residence). 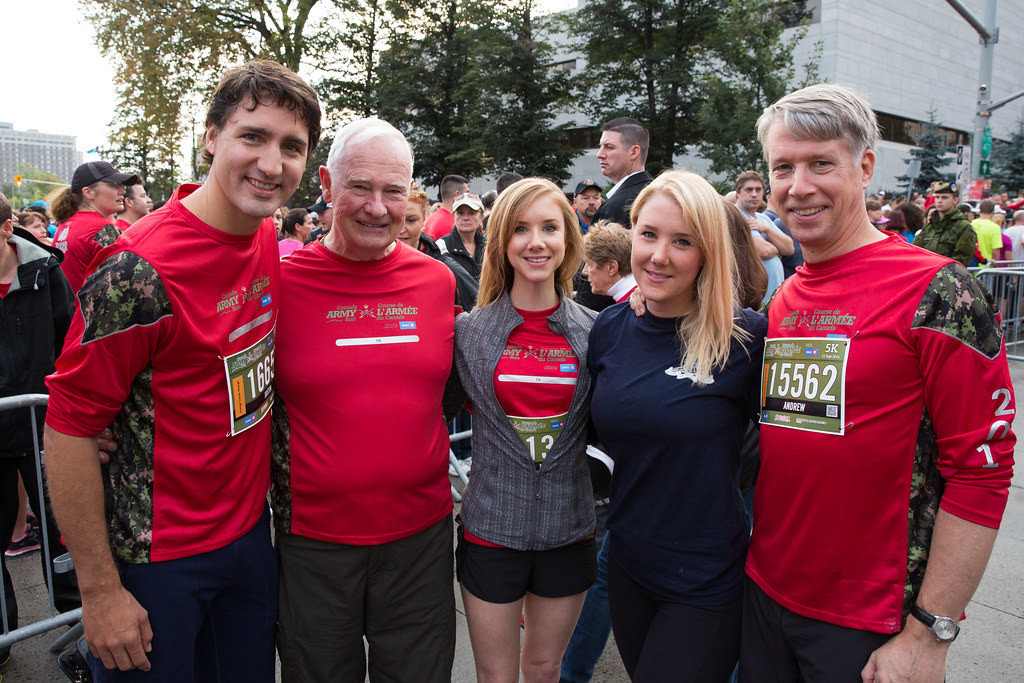 The 10K and half-marathon routes cross the Alexandra Bridge into Gatineau, Que., passing the iconic Canadian Museum of History along the way.

The half-marathon route encircles the tony Rockcliffe neighbourhood and includes the National Military Cemetery of the Canadian Forces, returning along the Sir George Etienne Parkway beside the beautiful Ottawa River.

For those who want to really push themselves, consider upping the ante with the Normandy Challenge (5K plus 10K) or the Commander’s Challenge (5K plus half-marathon). The challenges are both almost sold out, so register soon to avoid disappointment. 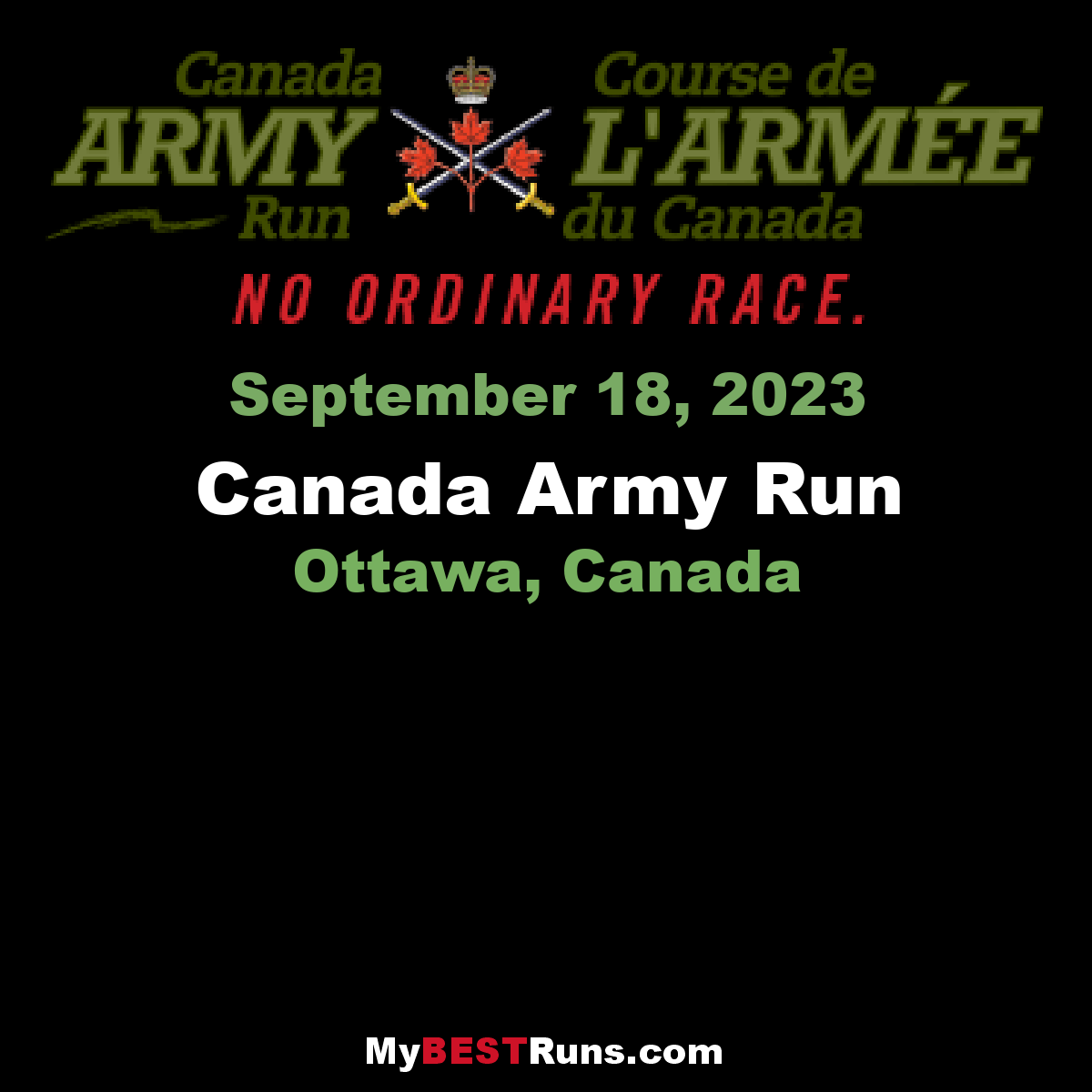