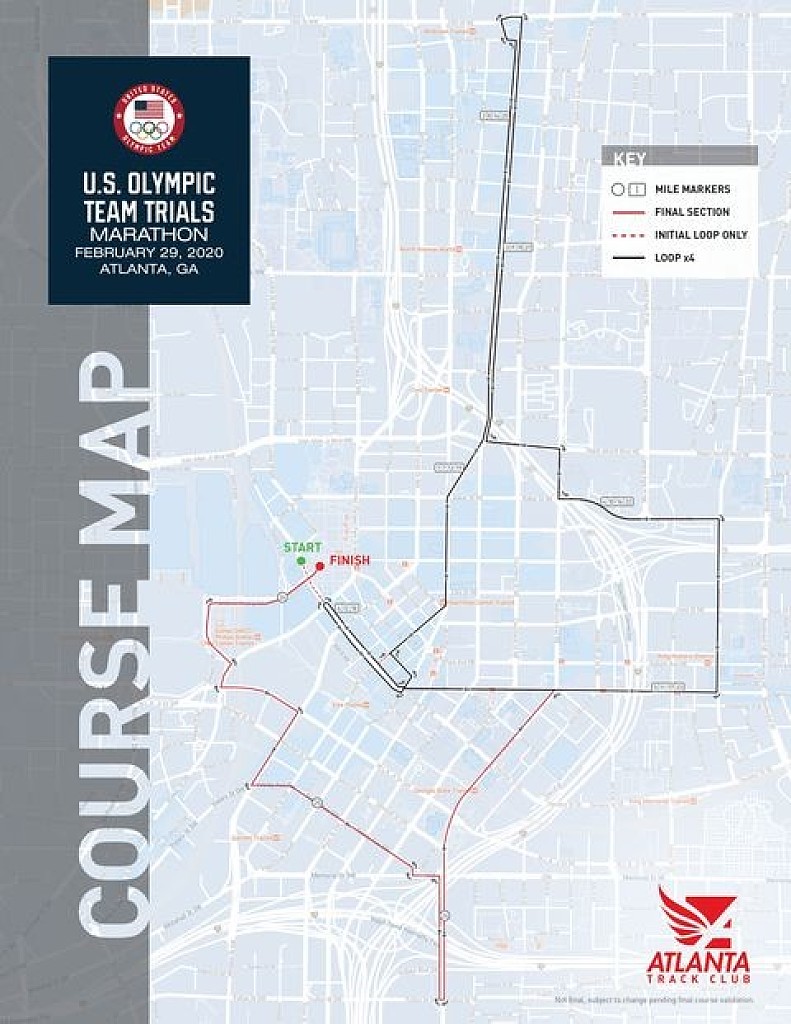 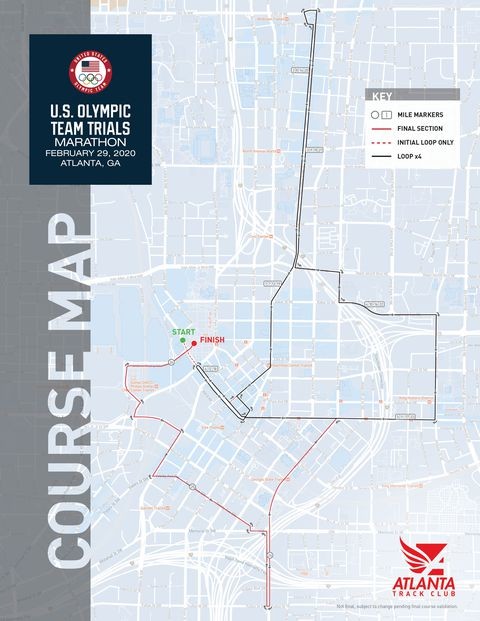 The route highlights Atlanta’s Olympic history and legacy as Olympic hopefuls chase their dreams of representing the United States at the Olympic Games in Tokyo. It will also provide an unprecedented number of opportunities for spectators to cheer on America’s top distance runners at all stages of the race which will be held on February 29, 2020.

The course consists of three 6-mile loops and one 8.2-mile loop. The start line will be located just outside of Centennial Olympic Park in front of the College Football Hall of Fame on Marietta Street near Atlanta’s popular downtown attractions including Georgia Aquarium, The Center for Civil and Human Rights and the World of Coca Cola before heading toward the city’s best known thoroughfare – Peachtree Street. On Peachtree, the runners will pass the Fox Theatre and loop around the Margaret Mitchell House, a museum honoring the legendary author of “Gone with the Wind.”

From Peachtree Street, the course takes the competitors into Atlanta’s Historic Old Fourth Ward where they will find the Martin Luther King National Historic Park, birthplace and burial site of the Civil Rights icon. 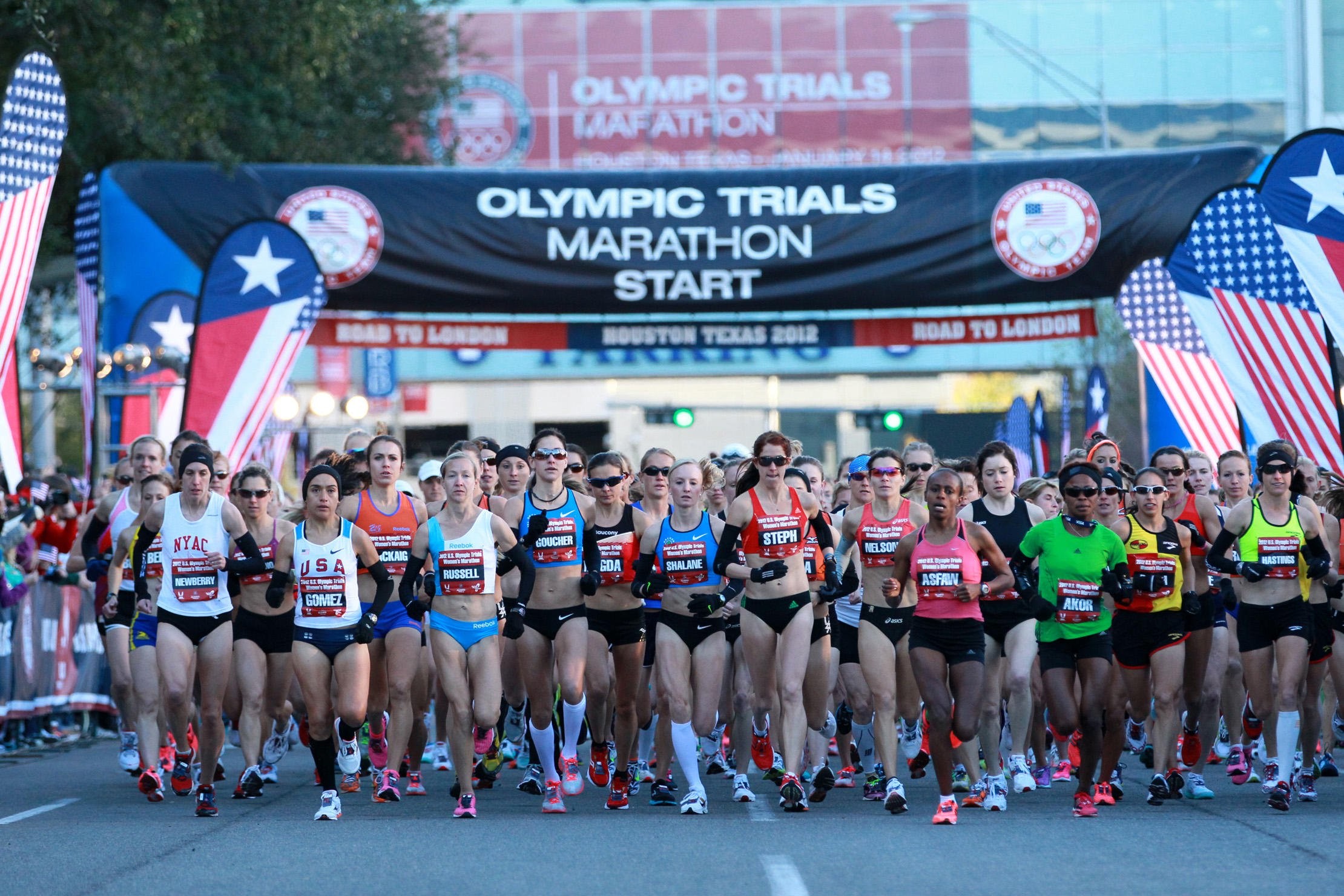 The final loop will include a 2.2-mile section of the course, which will take the athletes by the Georgia State Capitol building and underneath the Olympic Rings and Cauldron structure outside Georgia State Stadium that served as the Olympic Stadium at the 1996 Atlanta Games.

In the 26th mile, the race for a Tokyo Olympic berth will pass the homes of the Atlanta Falcons, Atlanta United FC and the Atlanta Hawks, and the Georgia World Congress Center before finishing inside Centennial Olympic Park, downtown’s transformational Olympic legacy green space.

Over the marathon distance, the Trials competitors will experience approximately 1,000 feet of elevation gain with a net elevation loss of 17 feet due to the proximity of the start and finish lines.

“Atlanta Track Club has put together a history-filled and exciting course for the 2020 U.S. Olympic Marathon Trials,” said USATF CEO Max Siegel. “Running through the iconic Atlanta downtown and through historic roads will be exciting for both competitors and spectators.”

“This course will show the competitors and spectators why we believe Atlanta is Running City USA,” said Rich Kenah, Atlanta Track Club’s Executive Director. “From the top three male and female finishers who punch their ticket to Tokyo to the final finishers, Atlanta Track Club, the city of Atlanta and the people of Atlanta will provide a championship experience these runners will remember for the rest of their lives.”

In March of 2018, Atlanta was chosen as the host city for the 2020 Olympic Team Trials – Marathon. All runners and walkers, including Olympic hopefuls will have an opportunity to preview the course for the first time at the Road To Gold. The 8.2-mile race organized by Atlanta Track Club will be held March 2, 2019.