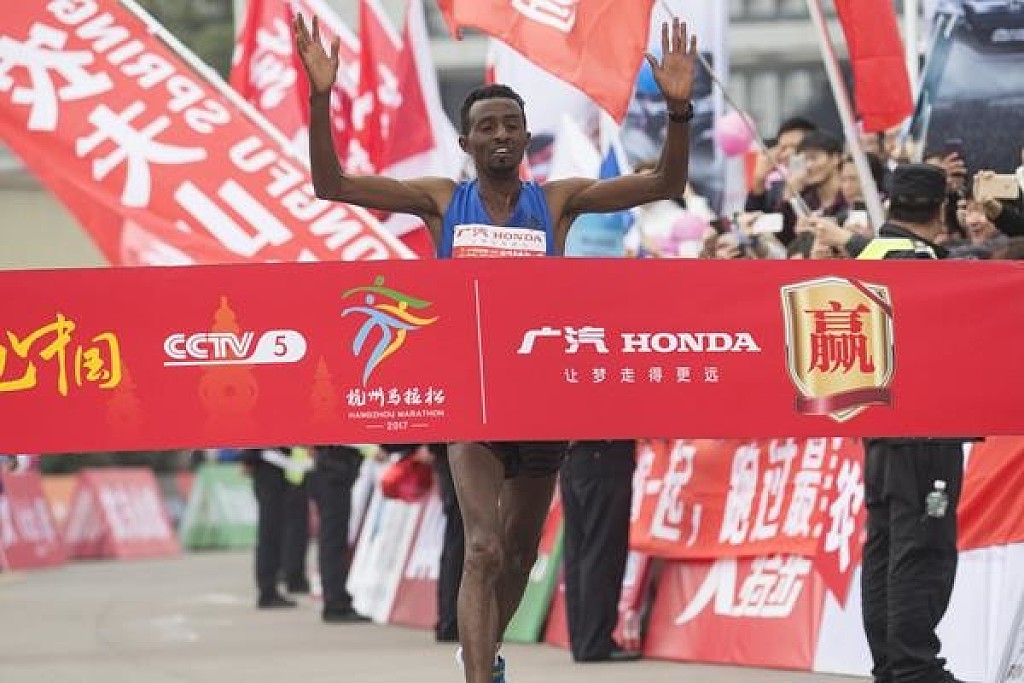 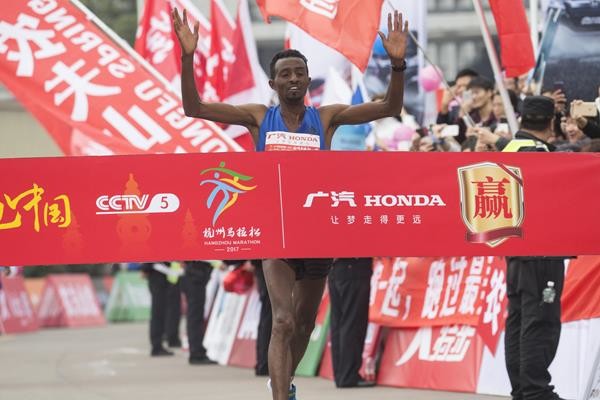 Ethiopia’s Azmeraw Bekele will be looking to claim back-to-back victories and challenge his own course record at the Hangzhou Marathon, an IAAF Silver Label road race. Last year, the 32-year-old emerged triumphant from a three-man battle in the final kilometer to take the top honors in 2:10:33 in what was his first appearance at the scenic city in southeastern China, beating the previous course record set by countryman Bejigan Regasa Mndaye in 2016 by 49 seconds. Although he has not run in any race at any distance since that victory, Bekele is still seen as one of the top favorites to continue the record-breaking streak in Hangzhou, thanks to his 2:07:12 personal best achieved at the 2014 Dubai Marathon, which made him the fastest man among the entrants. However, he will also be facing a strong challenge from a clutch of Kenyan sub-2:10 runners on Sunday with the biggest threat being the 31-year-old Edwin Kibet Koech. Since his marathon debut in 2014, Koech has remained consistent. He registering his career best time of 2:08:17 three years ago from his fifth place finish in Eindhoven and went on to won at the 2016 Linz Marathon in 2:09:06. His most recent performance was staged at the Dalian International Marathon six month ago, as he broke the course record with a winning mark of 2:09:44. Kenya’s Geoffrey Ronoh, who will turn 36 on Monday , will also toe the line with high spirits. The 2:09:29 performer has yet to run in any marathon in the current season but collected two half marathon titles in August and September respectively. Ronoh’s compatriot Evans Sambu is another man to watch. Following his victories in China’s Taiyuan and Shenzhen in 2016, the 25-year-old broke the 2:10 barrier for the first time last October when he clocked a career best mark of 2:09:05 to finished fifth in Gongju. However, Sambu has been struggling to find his best form in 2018, finishing seventh in Dongying and Taiyuan with a lackluster season best mark of 2:17:39. (11/03/2018) ⚡AMP