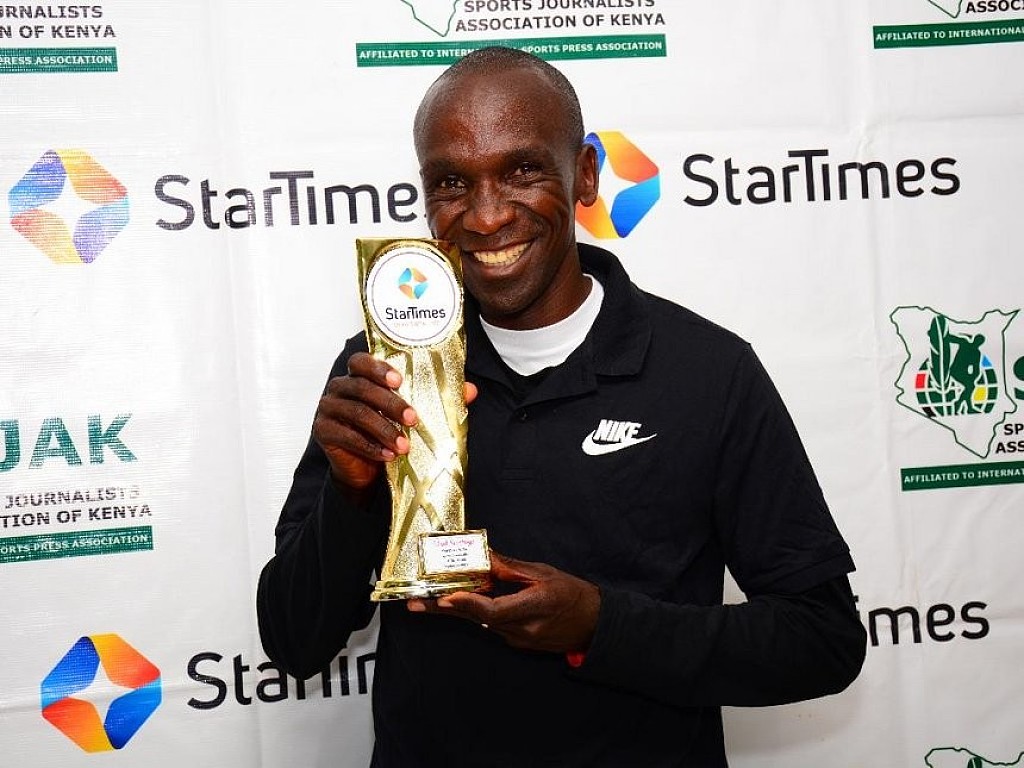 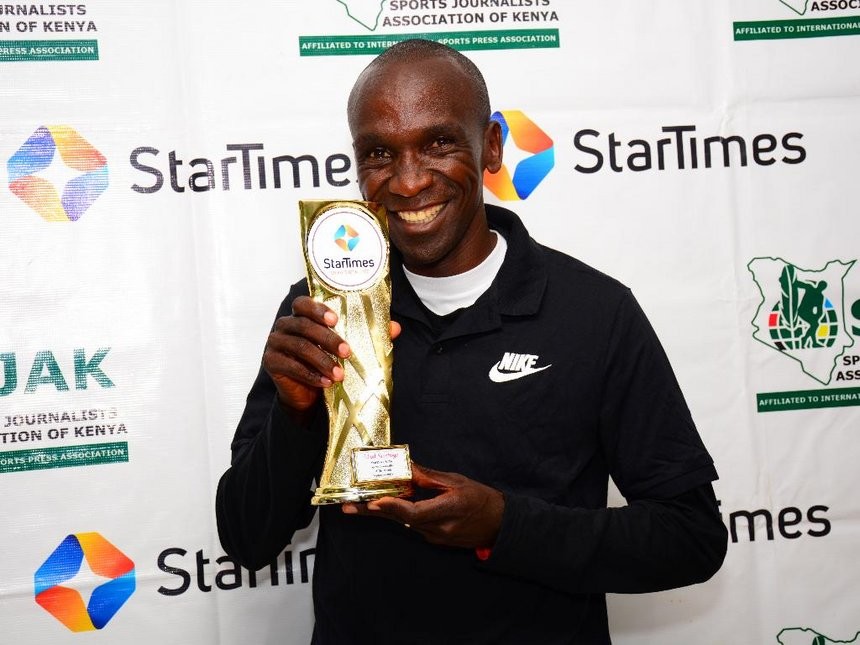 World marathon record holder Eliud Kipchoge is the Sports Personality of the Month for September 2018. Kipchoge becomes the 15th recipient of the award sponsored by Pay TV provider, StarTimes. Kipchoge got the accolade after setting a new marathon world record of 2 hours 01 minute 39 seconds on September 16 in the Berlin Marathon. Kipchoge sliced one minute 18 seconds from the previous record of 2 hours 02 minutes 57 seconds set by Dennis Kimetto in 2014. In that breath taking feat, Kipchoge also bettered the world’s best marks for 35km and 40km previously held by Kimetto. The 33-year-old blipped one hour 41 minutes, one second at 35km and one hour 55 minutes 32 seconds at 40km. In an interview, Kipchoge said the award came as a surprise to him though it will act a morale booster as he focuses on future assignments. "It is exactly one month since I broke the record on September 16 and this being October 16, I think it is a good timing on your part," Kip told the journalists. Kipchoge was awarded a 43 inch StarTimes Digital TV Set, Sh100,000 shillings and the winner’s trophy. (10/18/2018) ⚡AMP