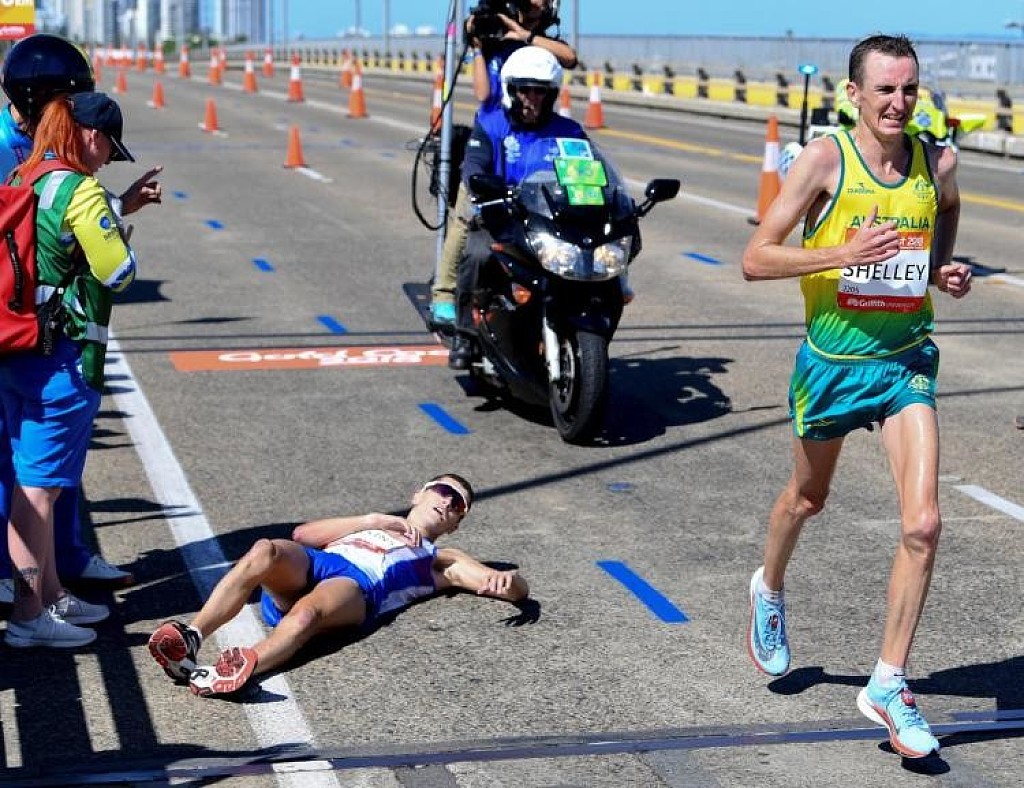 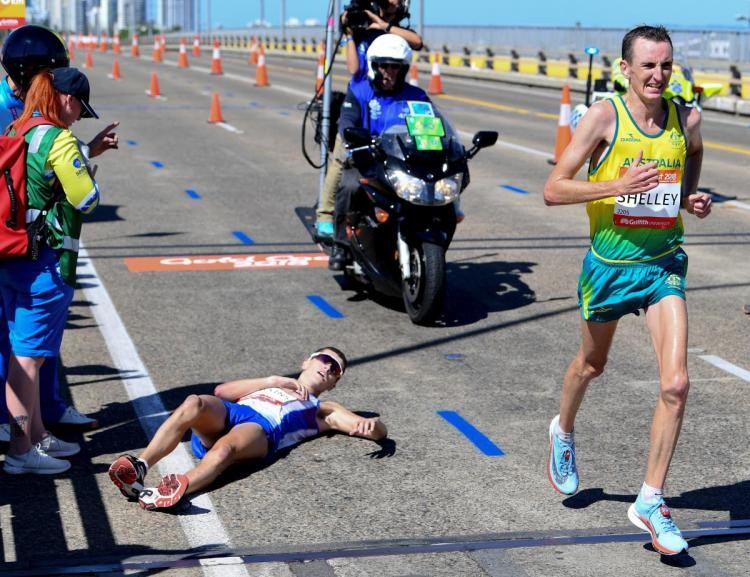 Callum Hawkins has been taken to the hospital for medical review following his collapse in the Commonwealth Games Marathon as is standard procedure. He is being supported by Team Scotland medical staff and there are no major concerns at this stage. Here is what happened Sunday morning in Australia. Scotland's Callum Hawkins collapsed just over one mile from the end of the marathon at the Commonwealth Games when leading by almost two minutes. In hot conditions (83 degrees) in the Gold Coast, Hawkins looked set for gold but he began weaving across the road before falling over the curb. He continued for another couple of hundred meters before collapsing again, hitting his head on a roadside barrier this time. Hawkins was conscious, sitting up and talking when helped into an ambulance. Peter Jardine of Scottish Athletics told BBC Scotland that Callum Hawkins "initially refused medical treatment after collapsing" because he "feared he would be disqualified.” It had taken a couple of minutes for any medical staff to attend to the Scotsman, who was lying on the road in clear distress with spectators looking on. BBC Sport commentator Steve Cram said it was "a disgrace" that it took so long for any paramedics to attend to Hawkins. When asked to explain why it took so long for paramedics to attend to Hawkins, Gold Coast 2018 chief executive Mark Peters said: "We need to check the facts out. You can't have medical people on every kilometer of the road. Australia's Mike Shelley won the race(2:16:46), defending the title he won in Glasgow in 2014. He ran past the stricken Hawkins just as help arrived and the Gold Coast-born athlete went on to claim the victory with Uganda's Munyo Solomon Mutai in second (2:19:02) , with Robbie Simpson of Scotland claiming the bronze. (04/14/2018) ⚡AMP