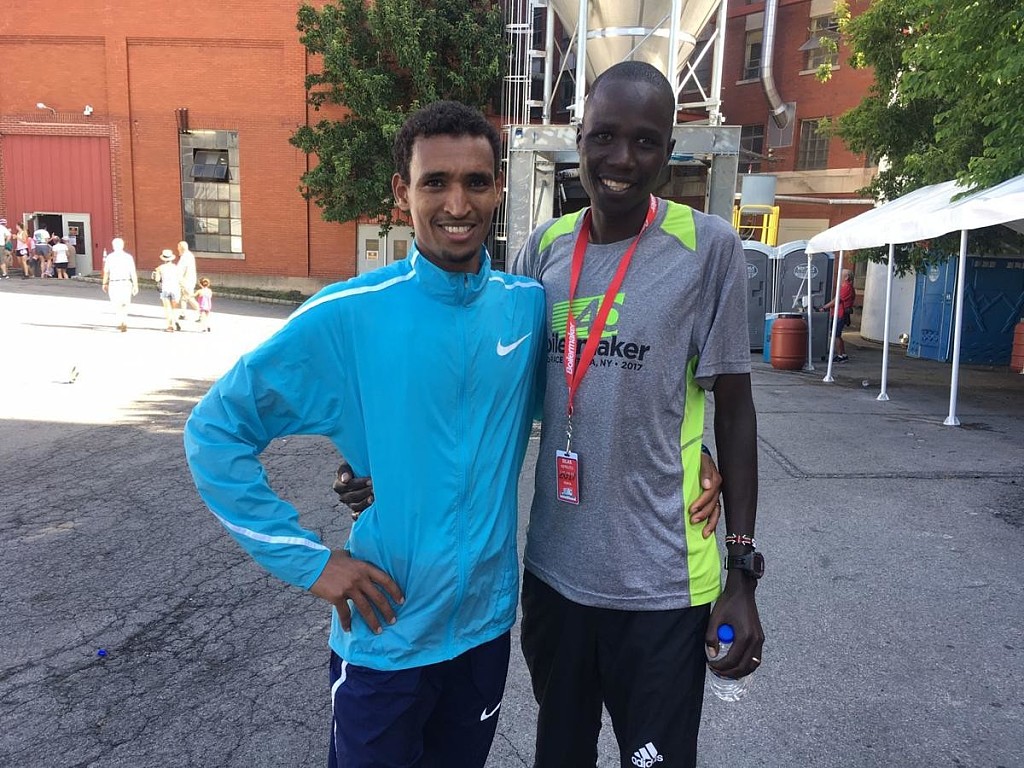 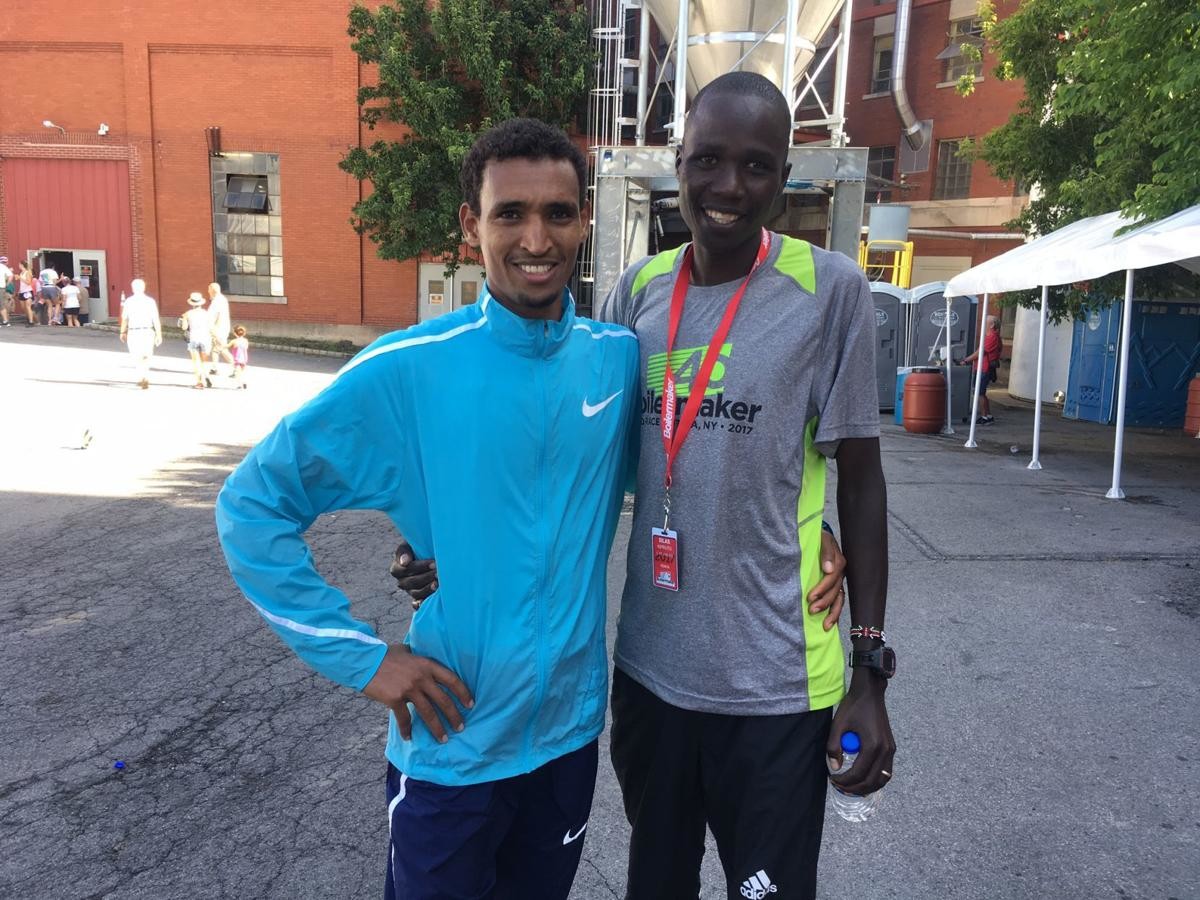 Two years ago Silas Kipruto was leading the Bix 7 when suddenly he whirled around and took a swipe at Mekonen, now they are friends

When it happened along Kirkwood Boulevard two years ago, it became national news in the running world. Silas Kipruto was loping along, leading the Quad-City Times Bix 7 as he has so often through the years, when he suddenly whirled around and took a right-handed swipe at young Teshome Mekonen, who was running directly behind him. It’s just not the sort of thing you see in road racing. No one could recall seeing anything like it. Not in the Bix 7. Not in any race. Mekonen filed a post-race protest that was denied because the incident did not have an impact on the outcome. Kipruto did not even make contact with his swing. Here’s the happy news: Kipruto and Mekonen have become friends, buddies pals. "Brothers," Kipruto said as he stood outside one of the townhouses on the St. Ambrose University campus Thursday afternoon. "We were friends before," he added. "But I came to him after the race, and now we are friends like brothers, really good friends." Chances are, they shared a plate or two of ugali in the kitchen area at St. Ambrose on Thursday night. They may run the Bix course together today in preparation for Saturday’s 44th annual race. Kipruto, who is 11 years older at 33 and much more familiar with the Davenport race, may even give his pal a few pointers on how to navigate the hills of Bix. "We hang around together," Mekonen said. "We have a good time." It’s somewhat unusual because Kipruto is from Kenya and Mekonen is from Ethiopia. Runners from the two neighboring east African countries have a history of being less than friendly as they battle for supremacy in races across the U.S. (07/27/2018) ⚡AMP