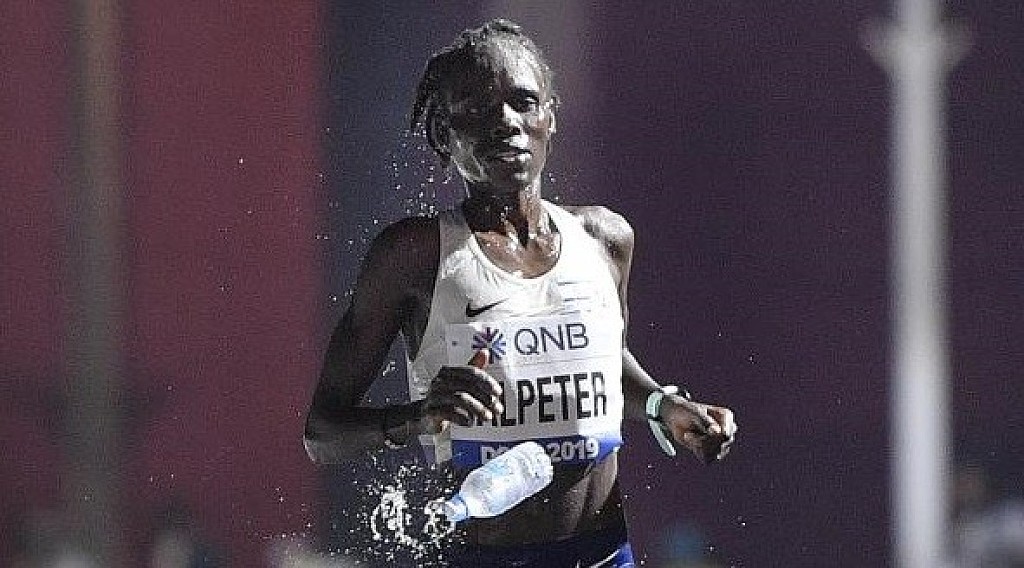 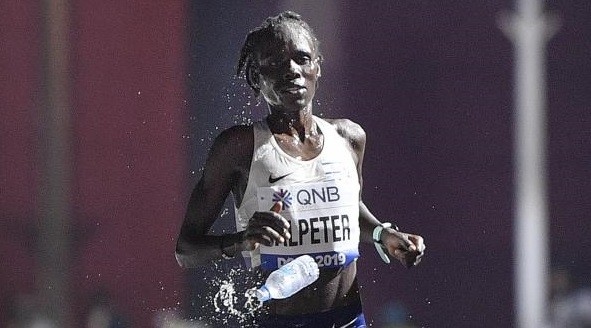 Top Israeli runner Chemtai Salpeter succumbs to extreme heat while in 5th place in competition in Qatar, hurting her chances of qualifying for 2020 Olympics

Israeli runner Lonah Chemtai Salpeter, one of the country’s leading athletes, collapsed Saturday during a marathon in the World Athletics Championships in Doha, Qatar, failing to finish the race.

Chemtai Salpeter had been considered one of the frontrunners in the race, but dropped out at around 32 kilometers (20 miles) while she was in fifth place due to excessive heat.

She was receiving medical treatment and in recovery. 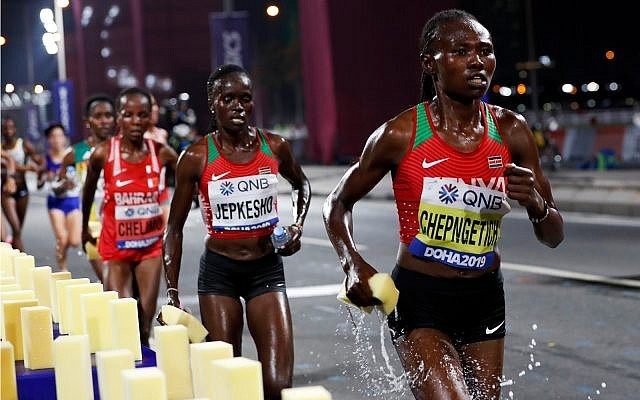 Out of the 68 runners who participated in the race, 23 failed to finish, according to the International Association of Athletics Federations, which presided over the event. 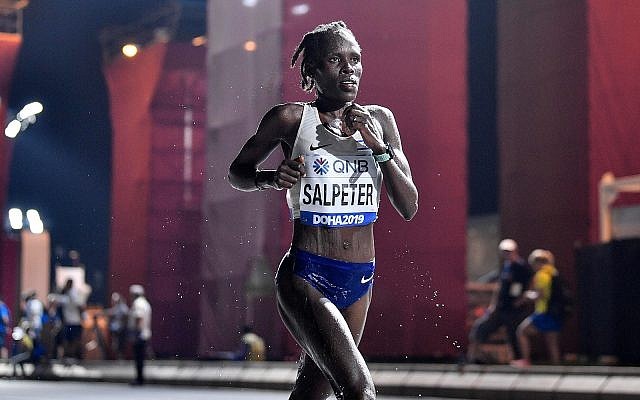 On Friday, the organization told entrants that the race would be held as planned despite heat of 30-32.7 °C (86-91 °F) and humidity of 73 percent. The letter to the runners said that medical personnel were preparing for the harsh conditions. The marathon and other endurance events were being held late at night to minimize exposure to heat.

Salpeter was pushing to close a gap with the leading pack around the halfway mark of the race before she collapsed, and had closed her time difference with the leading five runners from one minute to 11 seconds.

Earlier this month, Salpeter broke a European record for the women’s 10K, finishing a race in the Netherlands in 30 minutes and 4 seconds.

The top 10 finishers in Saturday’s marathon qualify for the Tokyo 2020 Olympics. Those who failed to qualify in Doha will need to achieve the qualifying time of 2 hours, 29 minutes, 30 seconds in a later race.

Born in Kenya, Chemtai moved to Israel in 2011 and fought for citizenship for years. She eventually received Israeli citizenship in March of 2016 after winning the Tel Aviv marathon, allowing her to compete for Israel in the 2016 Olympics in Rio de Janeiro, Brazil, shortly after the birth of her son, Roy.