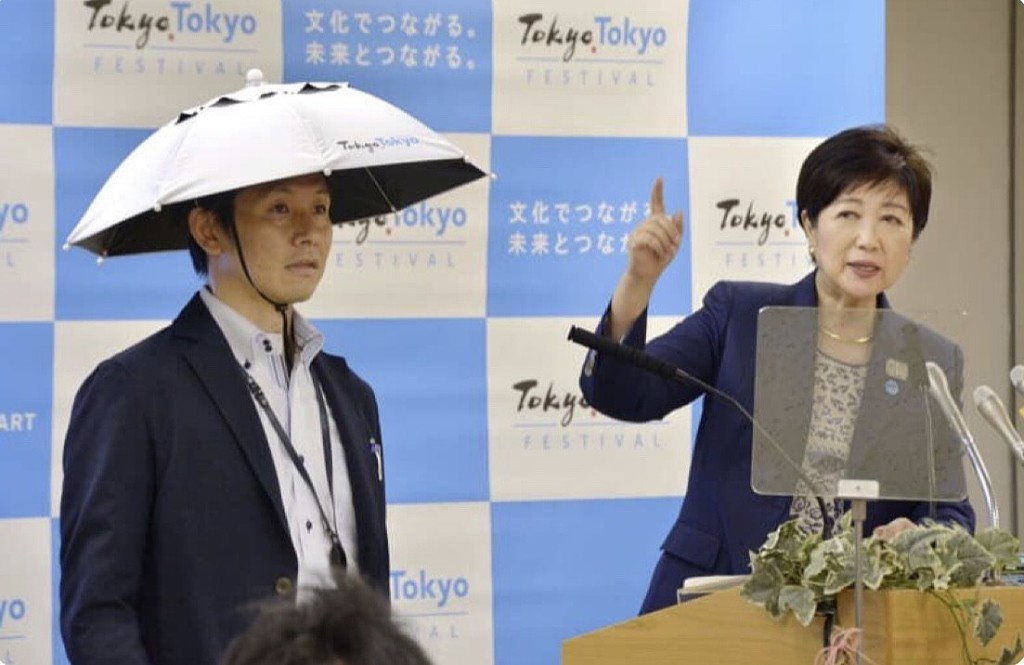 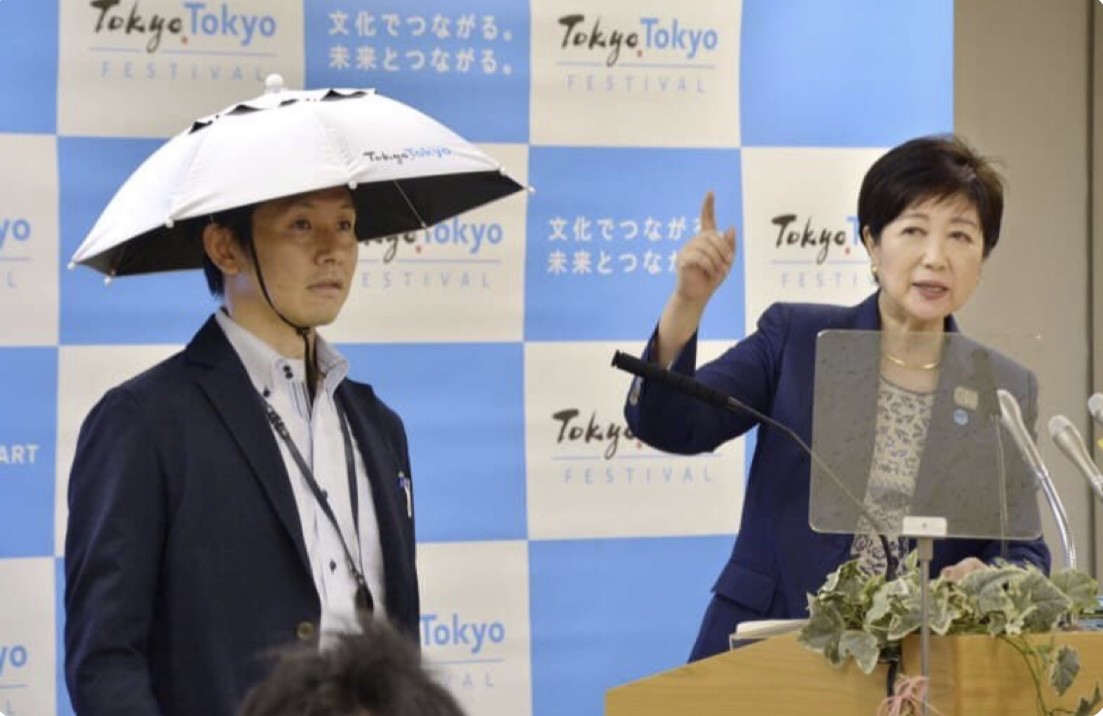 It’s hard to tell whether making people look like mercenary swordsmen of feudal Japan was intentional or not.

The weather is warming up as Japan heads back into the summer, and it’s quickly reminding everyone just how much this season sucks. In urban areas, little green space and scant shade transform entire neighborhoods in heat islands, which are places where the heat hits you from both the scorching sun above and the blistering asphalt beneath.

Runners from all over the world run will be running the marathon, 10,000m and 5000m on the track and thousands of spectators will be standing around for the 2020 Olympics. The city has been mulling several strategies such as shifting the event to the early or late hours, adopting day light savings time, and even having all nearby shops blast the air conditioning with their front doors open.

But now at a press conference on 24 May, Tokyo Governor Yuriko Koike unveiled their latest weapon against the heat: these goofy looking hats!