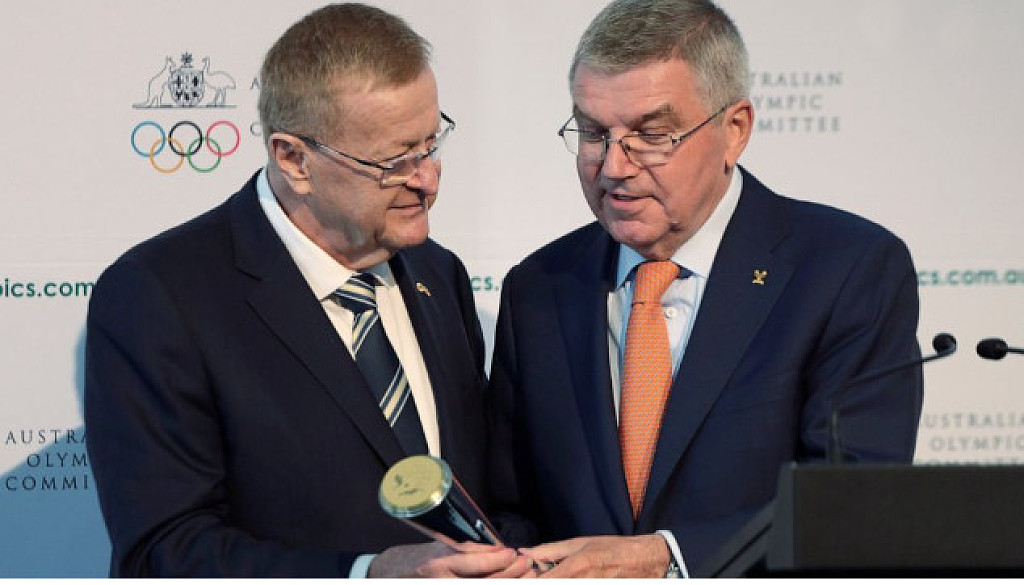 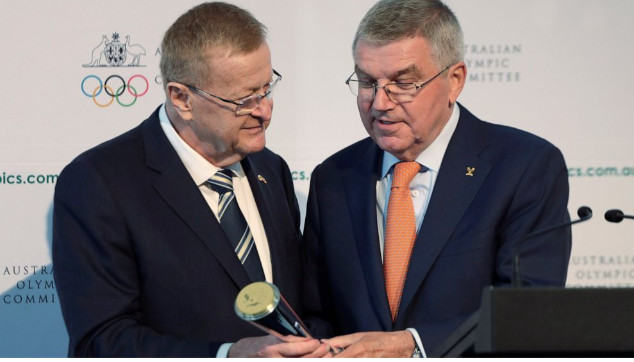 TOKYO -- The only thing more difficult than staging next year's Tokyo Olympics in a pandemic might be convincing sponsors to keep their billions of dollars on board in the midst of economic turbulence and skepticism. 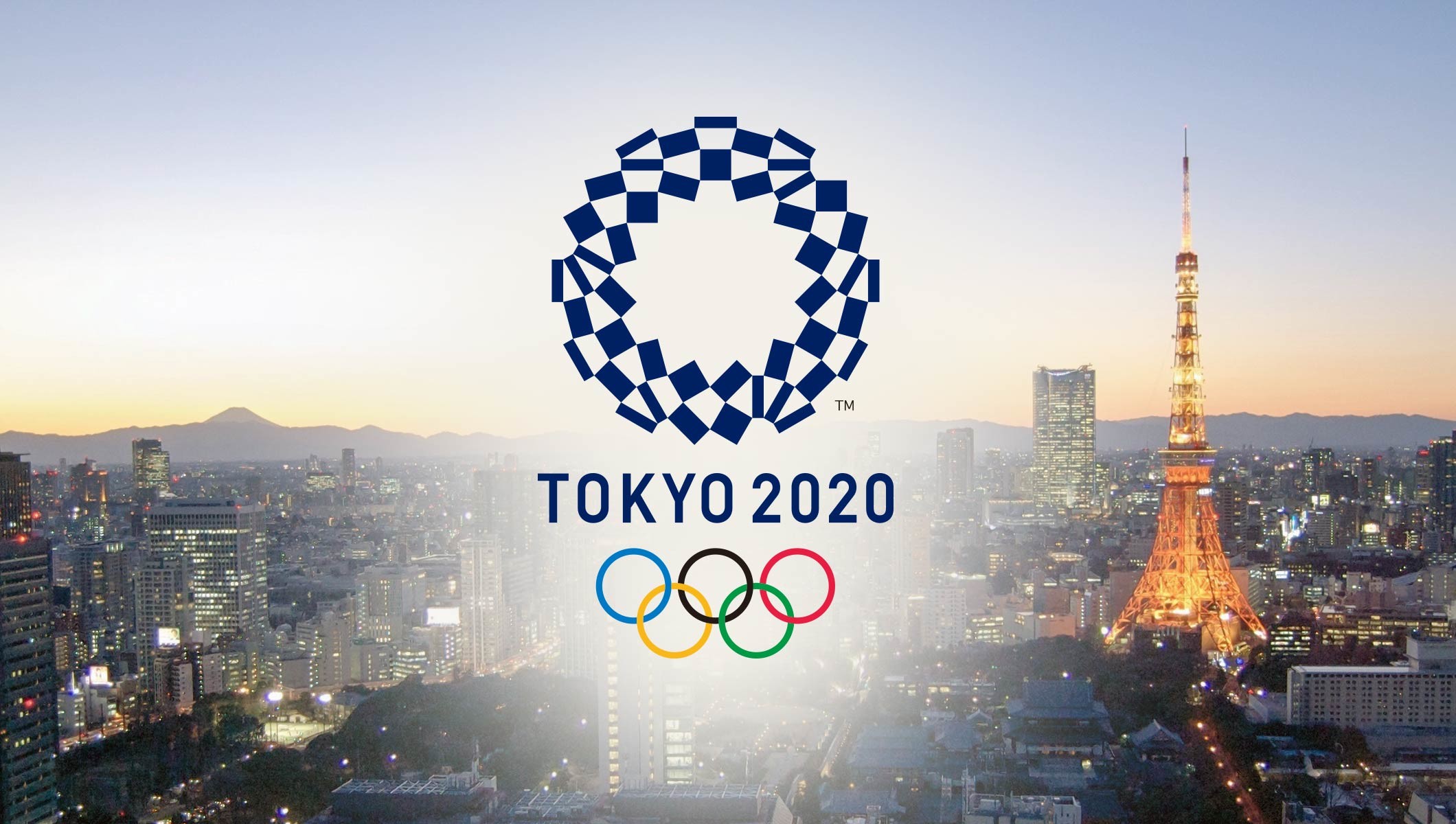 To make the point this week, IOC President Thomas Bach will join a number of Japanese government and city officials, local organizers and other top International Olympic Committee leaders in repeating a message they've failed to convey forcefully enough to deep-pocketed sponsors: Trust us, the Tokyo Olympics will open on July 23, 2021.

Bach and IOC vice president John Coates — who oversees Tokyo preparations — are expected to speak remotely to Japanese officials as they meet on Thursday and Friday. The agenda includes plotting countermeasures against COVID-19: quarantines, rules for athletes entering the country, testing, vaccines and the presence or absence of fans.

Few firm details are expected until late in the year or early in 2021, which accounts for the uncertainty.

The subtext is assuring sponsors that the Olympics will happen. Tokyo organizing committee CEO Toshiro Muto has acknowledged the word's not getting out.

“The fact the Olympics are going to take place — the fact itself — is not fully distributed to the public," Muto, speaking in Japanese, said last week. "People need to be more convinced that, yes, the Olympics will be taking place for sure.”

A former deputy governor of the Bank of Japan, Muto has been vague about how many domestic sponsors are renewing their contracts. He says of the 68 sponsors: "They are all positive.”

”We're still in the middle of negotiations. We're not in the phase of speaking about any concrete results," he said.

Surveys have shown a majority of Japanese companies and the pubic don't think the Olympics will happen next year — or should happen. A poll published in June by Japanese broadcaster NHK said two-thirds of sponsors were undecided about extending for another year.

Keeping domestic sponsors on board is financially critical. Recruited by the giant Japanese advertising agency Dentsu Inc., domestic sponsors have paid a record $3.3 billion — at least twice any previous Olympics — to the local organizing committee. This is over and above a dozen permanent Olympic sponsors who have signed long-term with the IOC. Some also have individual contracts with Tokyo organizers.

John Grady, who teaches sports law at the University of South Carolina, said the postponement has “created countless problems and ripple effects."

“With the uncertainty of the Tokyo Games occurring with few or limited fans, local sponsors would be right to be cautious in investing more sponsorship dollars if they cannot reach fans on site,” Grady wrote in an email to The Associated Press. “The lack of a wider international fan base that is typical at an Olympics would shrink the global audience who has access to seeing local sponsors’ activation efforts around Olympic venues in the host city.”

Despite the uncertainty, it will be difficult for sponsors to step away in a country where conformity and teamwork are valued and national loyalty could be called into question.

Japan also has a long history of supporting the Olympics, and many in decision-making roles recall fondly the positive impact of the 1964 Tokyo Games, which showed the country's rebirth just 19 years after defeat in World War II.

“There's a strong underlying narrative that this event is really good for the country,” Robin Kietlinski, who teaches and researches Japanese sports and history at LaGuardia Community College in New York, said in an interview with the AP.

“I think there is almost historic pressure to have it go smoothly and to benefit Japan in some way," she added. “Whether that's financially, or whether that is getting their companies seen. There is something, too, about the rising China and — especially compared to 1964 — how Japan is somewhat in the shadow of this huge economy next door.”

Japanese organizers are saying little about how 15,400 Olympic and Paralympic athletes, staff and officials will be safe in Tokyo.

“The environment, when it comes to Tokyo, will be different than from the environment today," Bach said this month. “We only do not know which way.”

Bach has said that even if rapid tests and a vaccine were available, they will not be the “silver bullet."

A study last week from the University of Oxford showed Tokyo to be the most expensive Summer Olympics dating from 1960. And the meter is still running.

The Kyodo news agency also reported again this week on more details about the bribery scandal that seemed to have helped Tokyo land the Olympics.

“My guess is that there will be a round of negotiation for lighter sponsorship contracts, with the firms holding most of the cards on the terms if they remain cohesive,” Leheny said in an email.

“The organizers don’t want to give up on any sponsors but also don’t want to look like extortionate bullies in the midst of a pandemic/recession ... none wants to be the first to be seen as abandoning them."