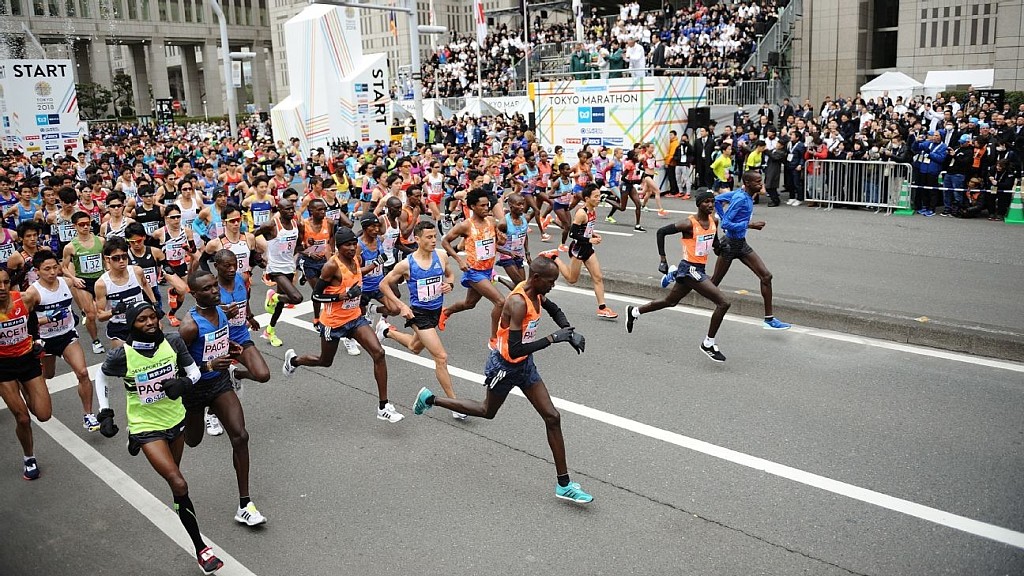 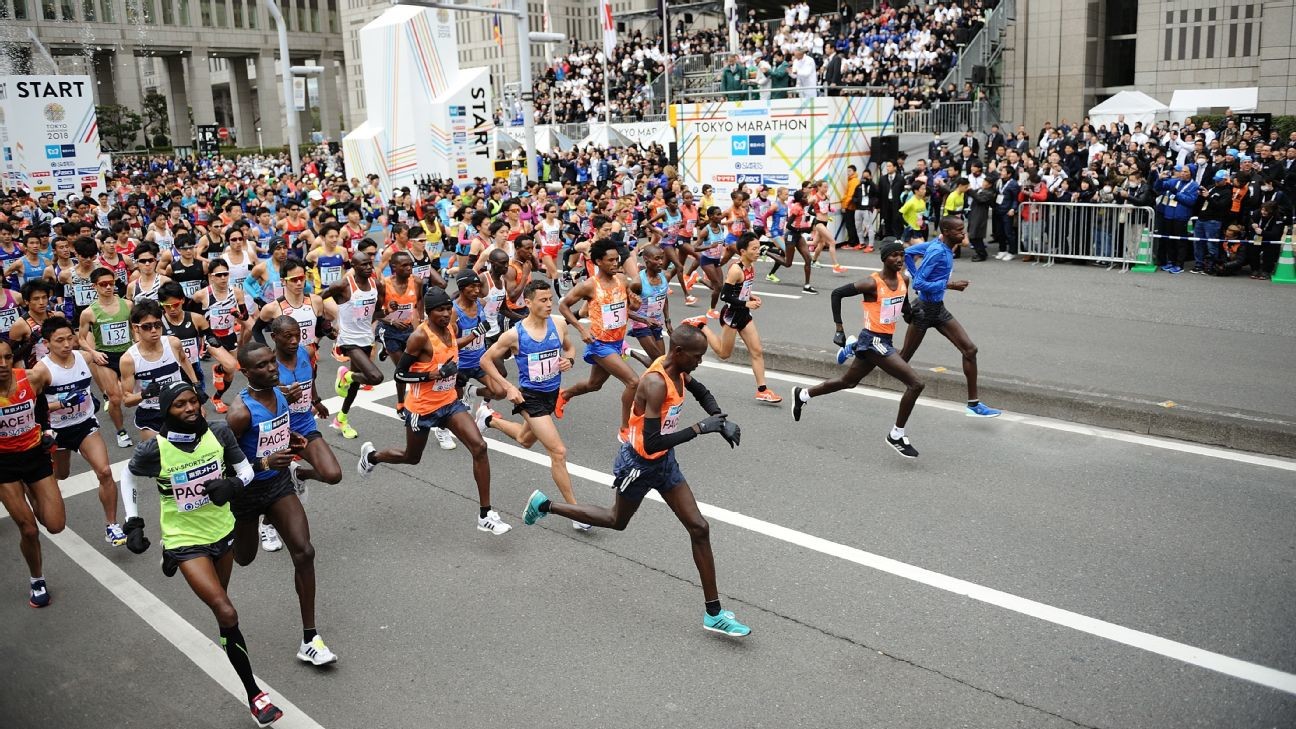 Organizers of the Tokyo Marathon are considering excluding runners from the general public for a second consecutive year over coronavirus concerns, Jiji Press learned Thursday.

Next year’s Tokyo Marathon, scheduled for March 7, may accept elite athletes only. The Tokyo Marathon Foundation will make a decision on the matter early next month, informed sources said. 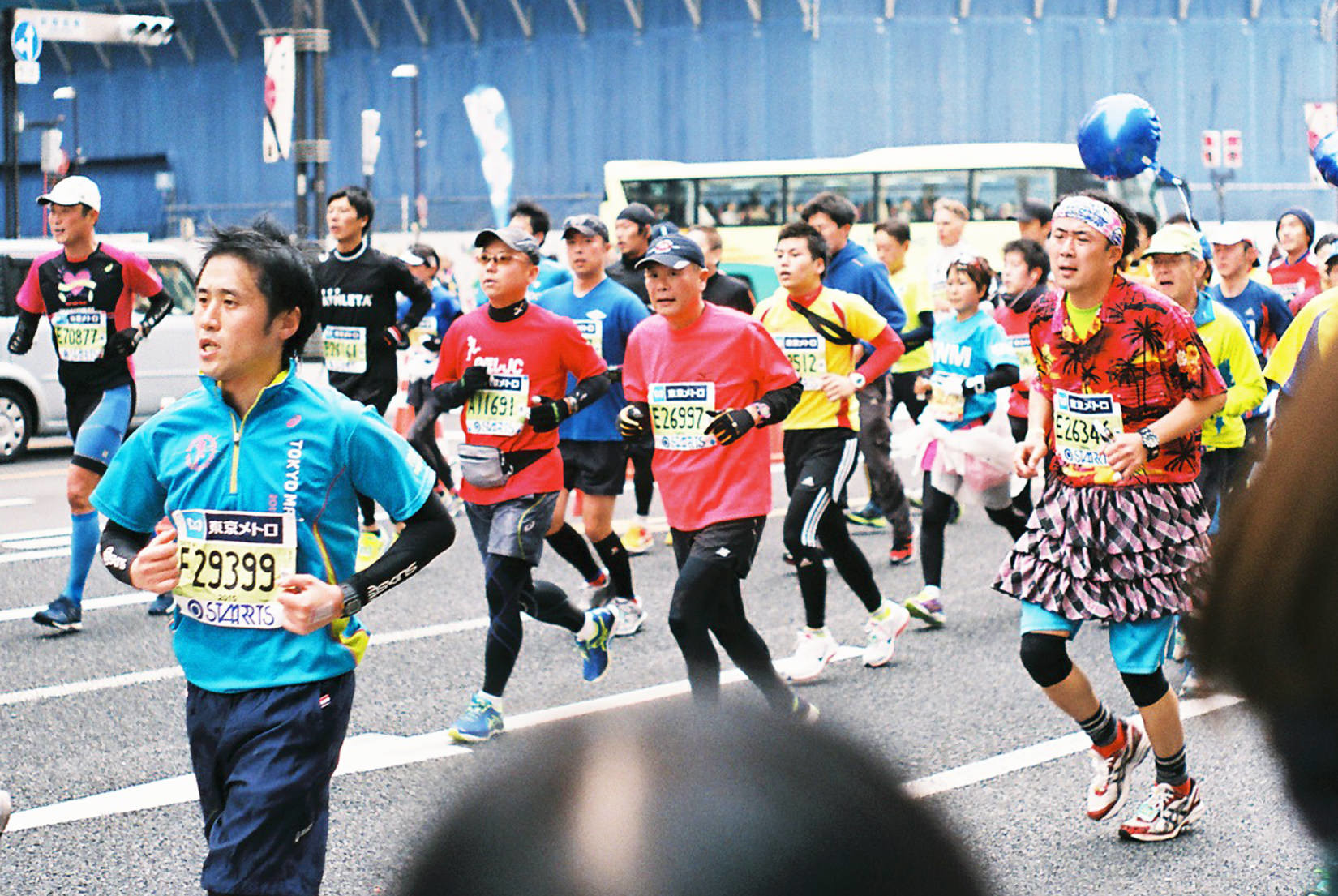 In this year’s race, held on March 1, participation by some 38,000 runners from among the public was canceled due to the spread of the new coronavirus. Spectators were asked to refrain from watching from along the marathon route as elite athletes ran in the race, which served as a qualifier for Japanese athletes for the men’s marathon in the Tokyo Olympics. 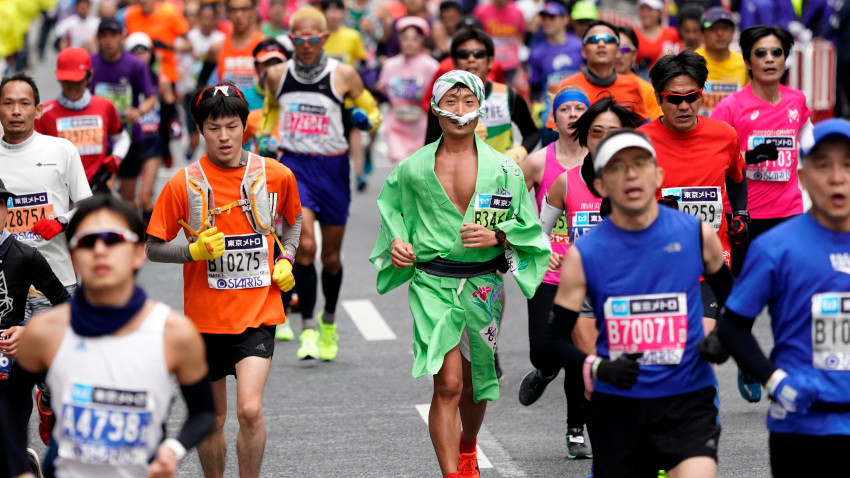 Suguru Osako set a new Japanese record of 2 hours, 5 minutes and 29 seconds to place fourth in the race. He was later selected to compete in the Tokyo Olympics, which has been postponed by one year to 2021 due to the coronavirus pandemic.

The Tokyo Marathon, which started in 2007, is one of the largest marathon events in Japan in terms of the number of participants.

The foundation has already notified runners from the general public for this year’s race that they are eligible to participate in the Tokyo Marathon for next year or for 2022. They were initially asked to choose the year by last month, but the selection process has been postponed.