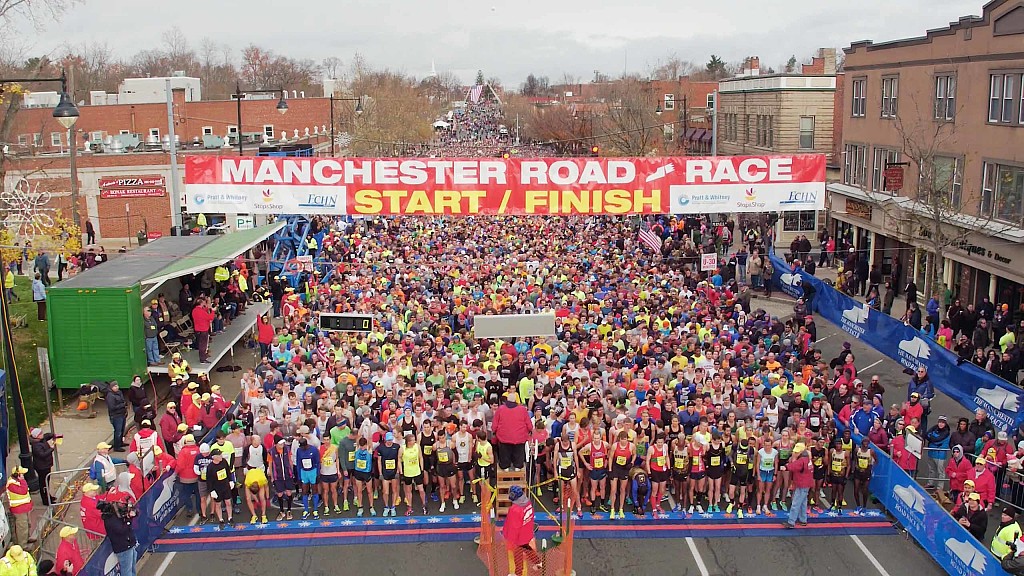 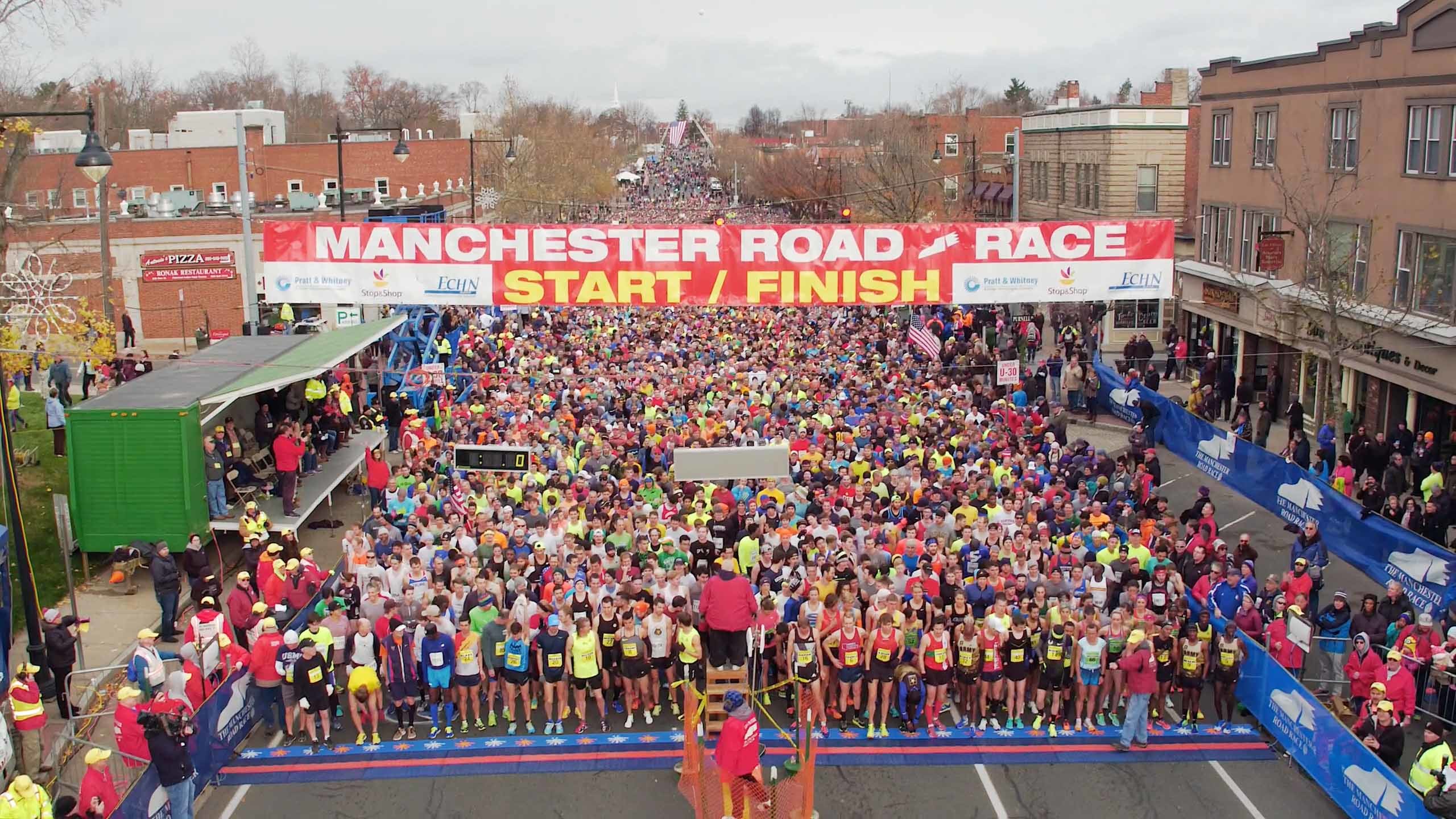 The 82nd Manchester Road Race Committee will honor veterans and current members of the U.S. Armed Forces at this year's race on Thanksgiving Day

The Manchester Road Race Committee will honor veterans and current members of the U.S. Armed Forces at this year's race. All active duty and reserve military personnel and veterans who are entered in this year's road race are being invited to a pre-race reception on Thanksgiving morning. The reception is slated for 8 a.m. to 9:30 a.m. at the Vietnam Veterans Memorial on Main Street, near the corner of East Center Street, in Manchester. A "Veteran's Row," lined with the military flags of all five service branches and the POW/MIA flag, will be located near the race course in front of the Vietnam Veterans Memorial. A color guard from the Veterans of Foreign War Anderson-Shea Post 2046 in Manchester will salute all veterans as they run down the Main Street home stretch. The military flags and a three-quarter-ton restored Army truck that will also be on on display are being be supplied by American Legion Post 133 of South Windsor. The Manchester Road Race Committee is being assisted in its tribute to veterans by Bob Venti and other members of the Manchester Veterans' Council. The Manchester Road Race Committee also announced that it will donate all of the proceeds from its "Honors Club Program" this year to the Veterans Support Foundation's Dinda House, a transitional living facility for veterans located in Manchester. Dinda House is named in honor of Army Specialist Fourth Class Michael J. Dinda of Kensington, CT, who was killed in action in South Vietnam on Dec. 29, 1969. "We are extremely pleased to honor all of our veterans at this year's race," said Dr. Tris Carta, president of the Manchester Road Race Committee. "It is our small way of saying thanks for their service and sacrifices." (11/13/2018) ⚡AMP