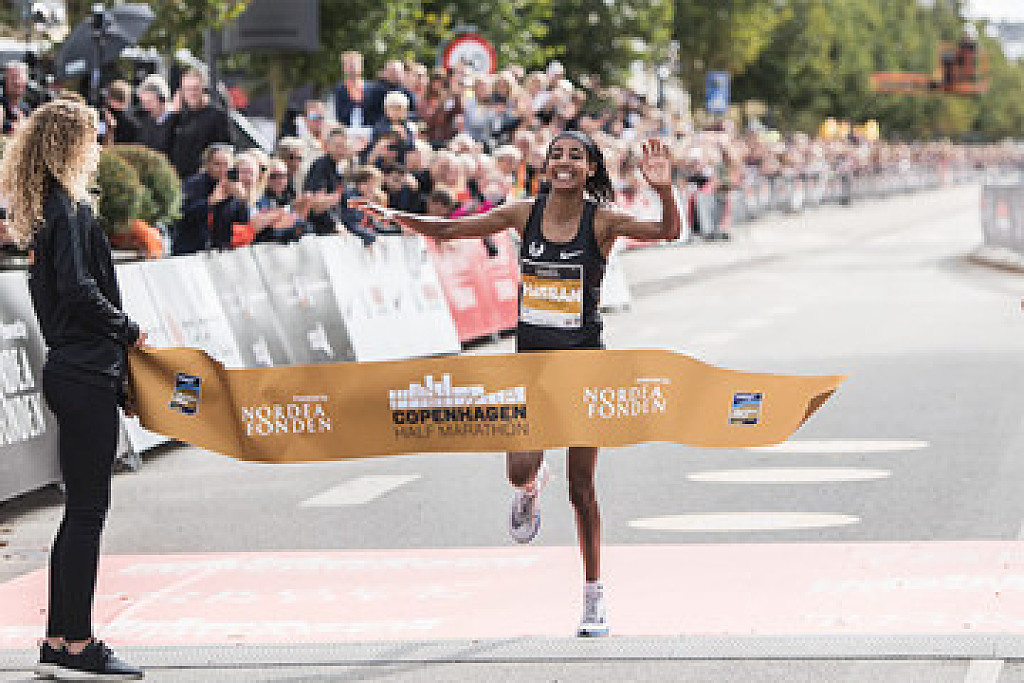 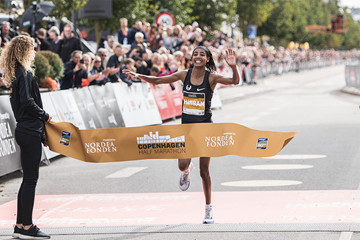 Sudan Hassan sets European record at the Copenhagen Half Marathon

European 5000m champion Sifan Hassan took more than a minute off the European record at the Copenhagen Half Marathon on Sunday (16), winning the IAAF Gold Label road race in a course record of 1:05:15. The Dutch runner showed that she is not only a world-class runner on the track but also on the road, improving on the European mark of 1:06:25 set 11 years ago by her compatriot Lornah Kiplagat in Udine. In near perfect weather conditions, the 25-year-old was ultimately just 24 seconds shy of the world record in her first attempt at the distance.   Hassan started out fast and stuck to pre-race favourite Joan Chelimo Melly, who had announced beforehand that she would be targeting the world record. The Kenyan appeared to be on course for her goal after passing through five kilometres in 15:06 and 10 kilometres in 30:36. Two-time world bronze medallist Hassan was the only woman who could match that pace, but even she lost grip on the Kenyan at several points throughout the race. She finally settled into a rhythm, though, and passed 15 kilometres in 46:09, still with Melly for company. Hassan, who last week won the 3000m at the IAAF Continental Cup Ostrava 2018 in a world-leading 8:27.50, broke free from Melly in the closing stages and went on to win in 1:05:15. Ababel Yeshaneh came through for second place in 1:05:46 with Melly finishing third in 1:06:15. “I often thought I was going to die!” said Hassan, whose only previous attempt at the distance was as a teenager back in 2011 when she ran 1:17:10. “The pace was so hard, but I just kept coming back.” With four women finishing inside 67 minutes and another four finishing within 68, it was the deepest half marathon ever held on European soil. (09/16/2018) ⚡AMP