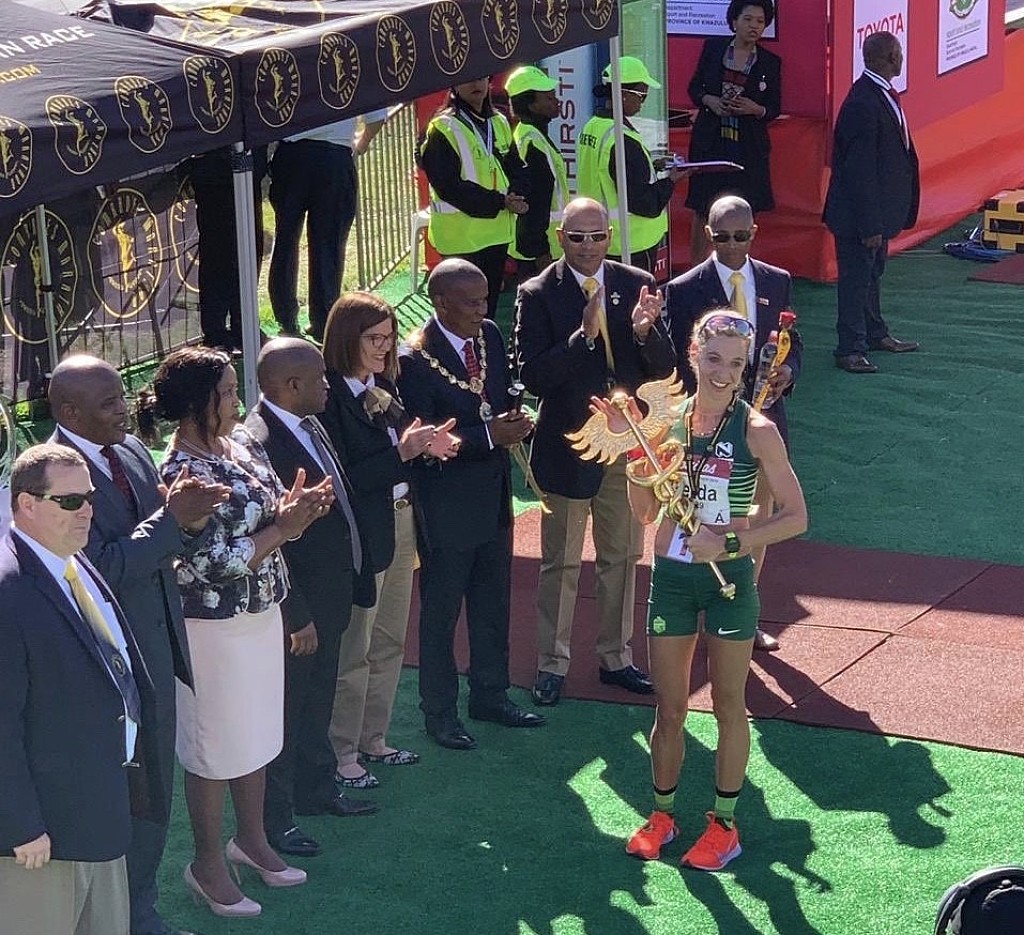 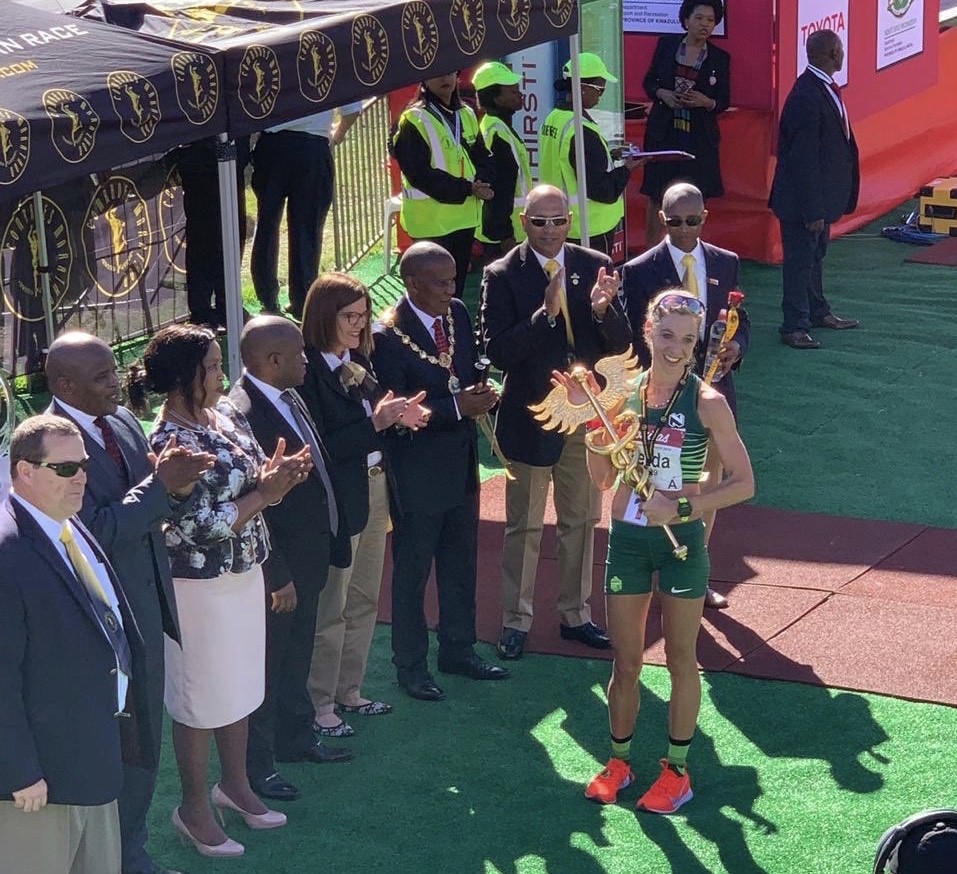 The 94th running of South Africa’s premier Ultra marathon, the Comrades got underway at 5:30am Sunday June 9. 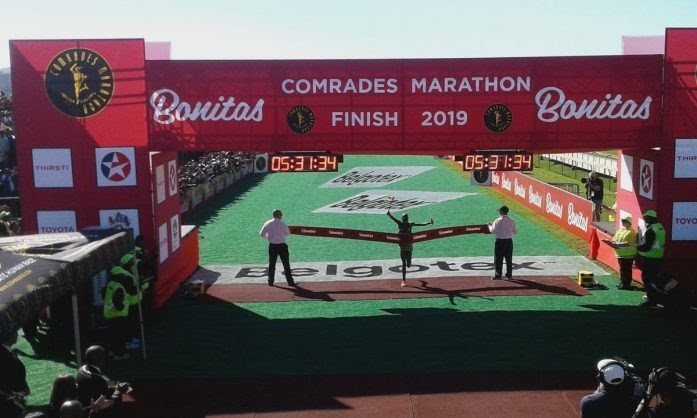 After breaking clear of the rest of the women’s field shortly before the halfway mark, Steyn gradually extended her lead throughout the second half, crossing the line in 5:58:53 to secure her maiden victory in the 87km race between Durban and Pietermaritzburg.

This shattered the up-run record, held by Russian runner Elena Nurgalieva, by more than ten minutes. Steyn became the first woman to run the Comrades up run in less than six hours. Her time was the fourth fastest of all-time for women, the only faster times were notched in down-runs.

The race is run ‘gun to gun’ meaning that contestants have 12 hours in total to complete the course.

This year’s race is an “UP RUN” starting at the City Hall in Durban and finished at the Scottsville Racecourse in Pietermaritzburg. The race distance is approximately 87km.

28-year-old Gerda Steyn has enjoyed a meteoric rise from amateur to professional in the space of just five years. After finishing as runner-up last year, Steyn took a six-week break from the sport before preparing to tackle the New York Marathon, finishing 13th in a PR of 2:31. The 2018 and 2019 Two Oceans winner made it clear in advance that her goal this year was to win and that is what she did this morning. 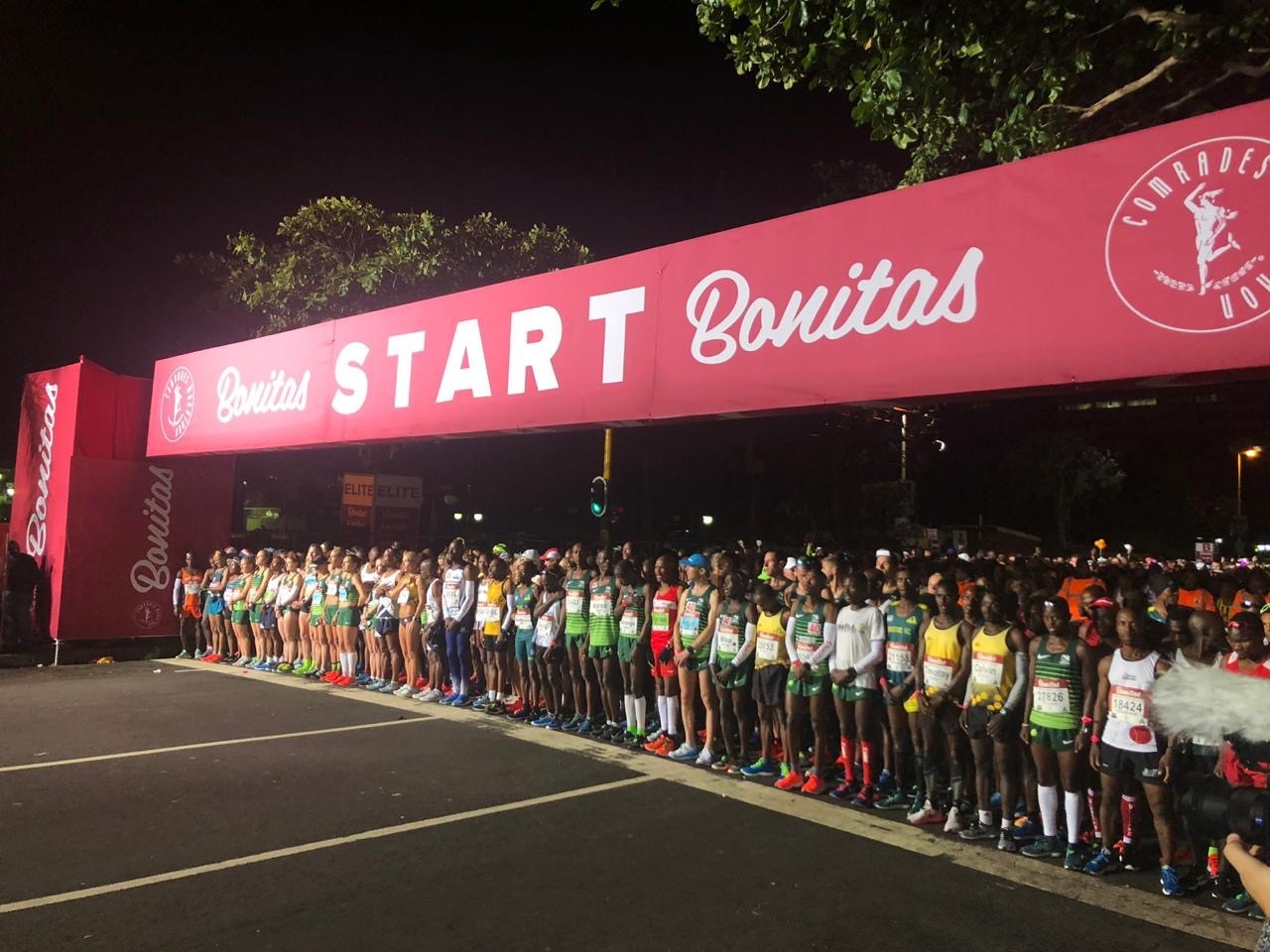 America’s Camille Herron was not able to finished and dropped out.

Camille’s brother Jack posted this on Facebook.  “My sister Camille Herron ended up dropping out from Comrades due too hamstring issues she’s been dealing with. I’m heart broken for her because this is just such a special event for her and our entire family.

“I understand the whole mentality of getting to race another day... but she trains so hard and we wait all year for her to defend this title she’s earned. I mean, just her single win is enough, but she goes out every time for a win, so when it doesn’t happen... it’s tough.”