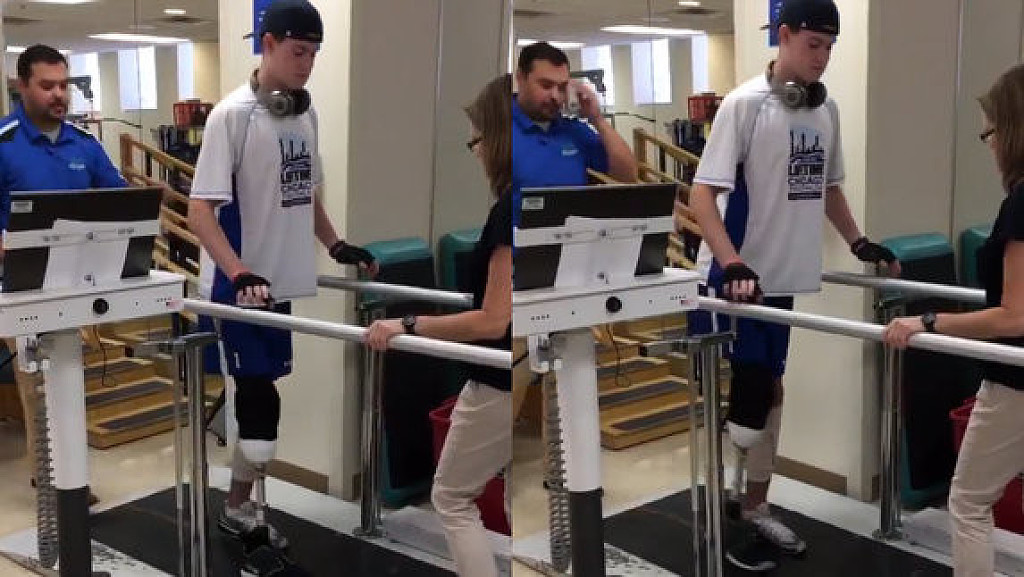 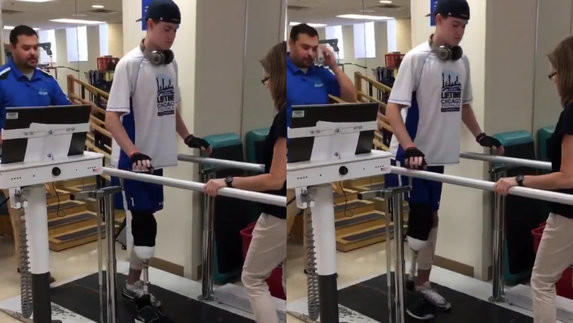 Seven months ago, Sean English was a track and cross country star, but his dreams of running in college vanished when he was hurt helping crash victims on I-96 in Detroit. Sean and his parents watched a car full of teenagers flip over on I-96, but when they raced to help, another car hit him at the scene. Part of Sean's right leg had to be amputated. "I knew he would run again," his mother said. "I would like to do a bunch of road races, marathons, you name it," Sean said. "Anything running." (12/08/2017) ⚡AMP