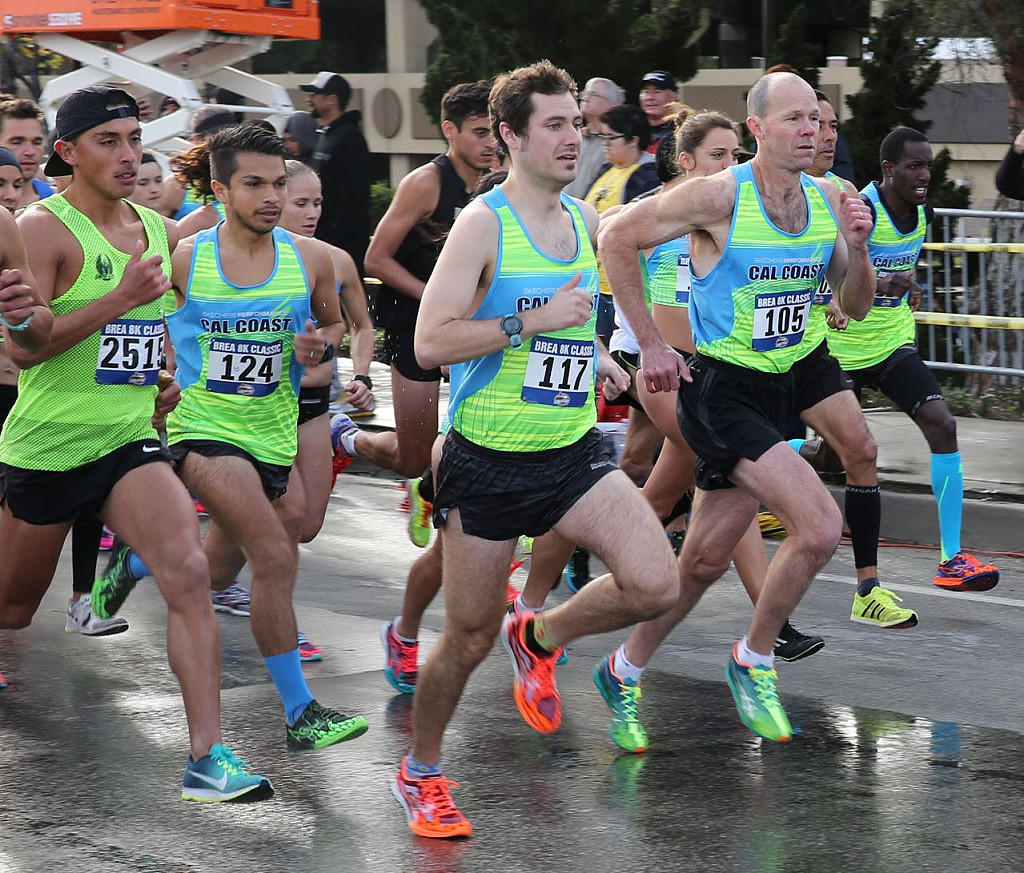 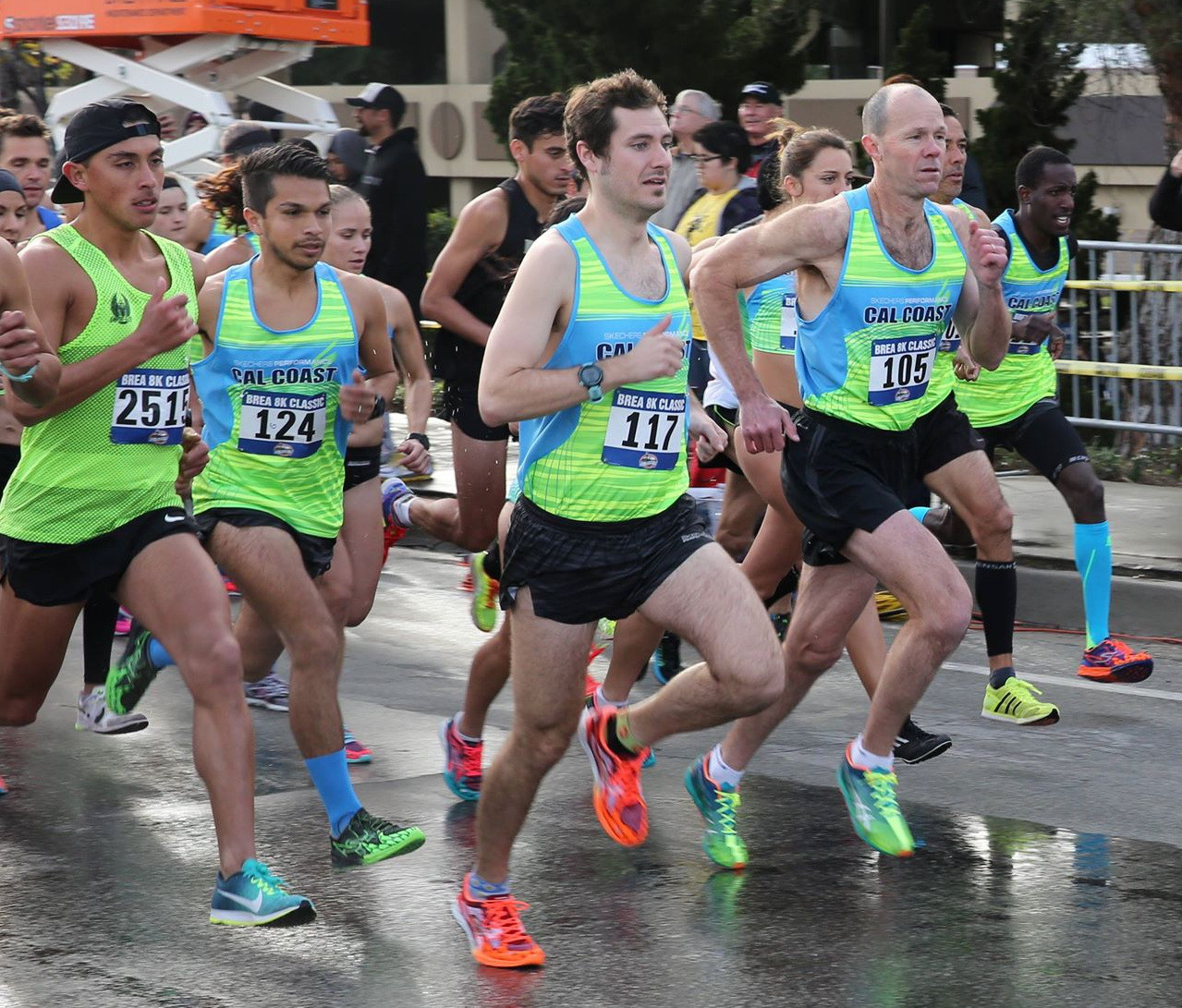 Pete Magill (bib 105) has always loved to run. "It was my favorite part of sports, whether I was playing kickball, football, or actually running a race," says Pete.  When he went to high school, it was no surprise that he decided to go out for cross country. "I caught the bug. I was a runner. And once a runner, always a runner," he says.  Running is important for Pete in its own unique way. "It’s obviously a huge part of my life. Not only do I run every day (sometimes twice a day) when I’m in a competition mode, but it’s a big part of how I make my living. I write about running, both in magazines and books. And I coach runners, ranging in age and distance from high school sprinters to senior marathoners," Pete says.  Running isn’t simply a daily habit for Pete like taking out the trash or paying bills either. "It’s its own thing. It’s the time of day when I set the rest of life aside and simply enjoy being alive," explains Pete.  When he was in his 30's he was living an out-of-control life.  "It was running that rescued me, that centered me, and that has allowed me to live a productive and sane life in my 40s and 50s."  He has written four running books. "I strive to give the reader accurate, up-to-date, and useful information. And I try to debunk all the false information that gets in the way of smart, informed training and racing."  He made his living as a screenwriter for much of his 30s, and he learned to make every line count.  "I try to bring that to my running books. Every line should tell the reader something. Every paragraph should present some fresh idea with research or personal experience to back it up."  His new book, SpeedRunner, is about the components of basic speed, strength, and agility.  It explains how runners generate all three and the best way to train in order to improve them.  "My next book is titled, Fast 5K: 25 Keys to Your Best Race, and it tells the reader everything I know about training and racing for the 5K."  He thinks all runners should create a smart training plan, and then follow it.  "That’s easier said than done. For starters, simply redoing a training program you’ve done before isn’t a “smart plan.” Every time we start training, we begin from a different point. We’re older. Or our fitness isn’t the same. Or we simply trained incorrectly in the past and need to steer a different course this time around."  I asked Pete why he entered the Run The World Challenge.  "I think that Bob Anderson has once again hatched an idea that only improves the world of running—the runner’s world, if you will. The key to any good idea is that it be easy to understand, so that participants can clearly see what their contribution will be. A goal of compiling enough miles to run around the world? Yep, that fits the bill! And having runners from all age groups and requiring that miles from some team members be logged in different countries? Again, this is a truly great idea for helping to solidify the community of runner.  Count me in,” says Pete.Here are of few of Pete’s career highlights: 2016 Inductee: USATF (USA Track & Field) Masters Hall of Fame.  Fastest-ever American age 50+ at 5K (15:01) and 10K (31:11); 2nd fastest for Half Marathon (1:10:19); 14:45 5K at age 49 a world record.  His list of achievements is massive.  His knowledge of running, his passion for the sport and his achievements sets him apart but yet 57-year-old Pete Magill is always there ready to share all his secrets to help others achieve their goals.       (08/28/2018) Views: 1,427 ⚡AMP
by Bob Anderson