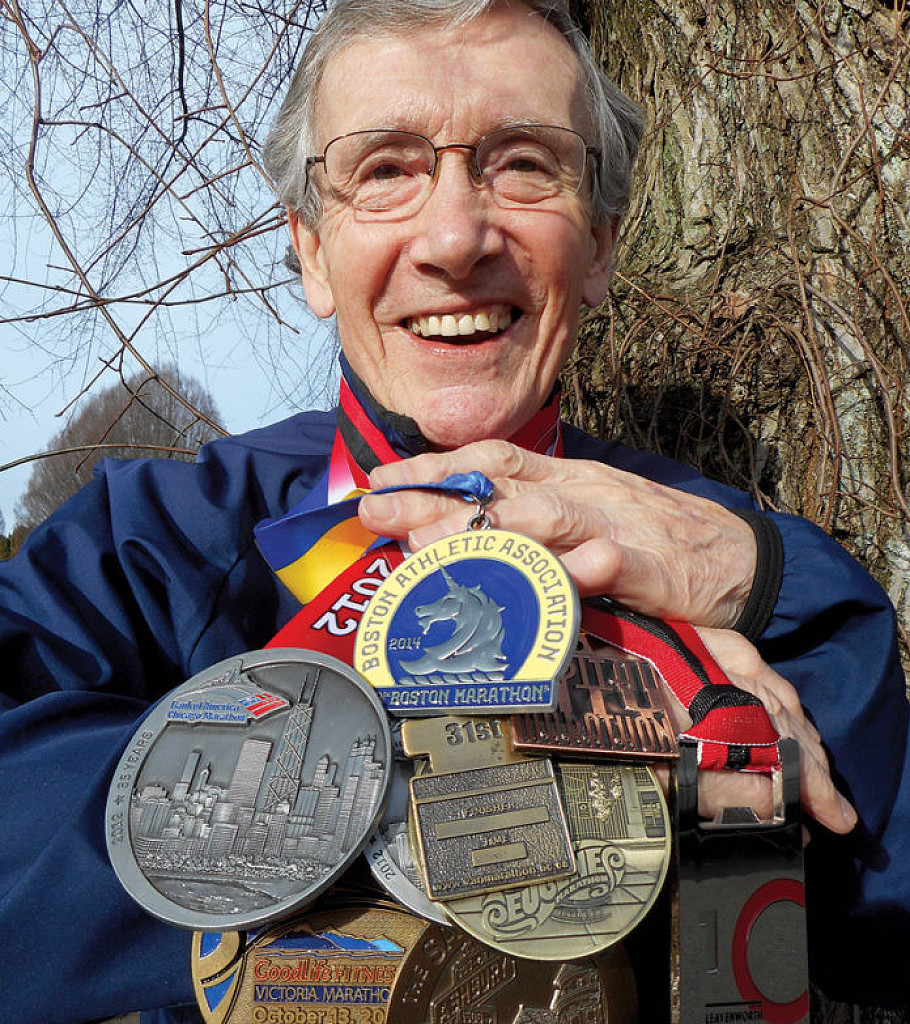 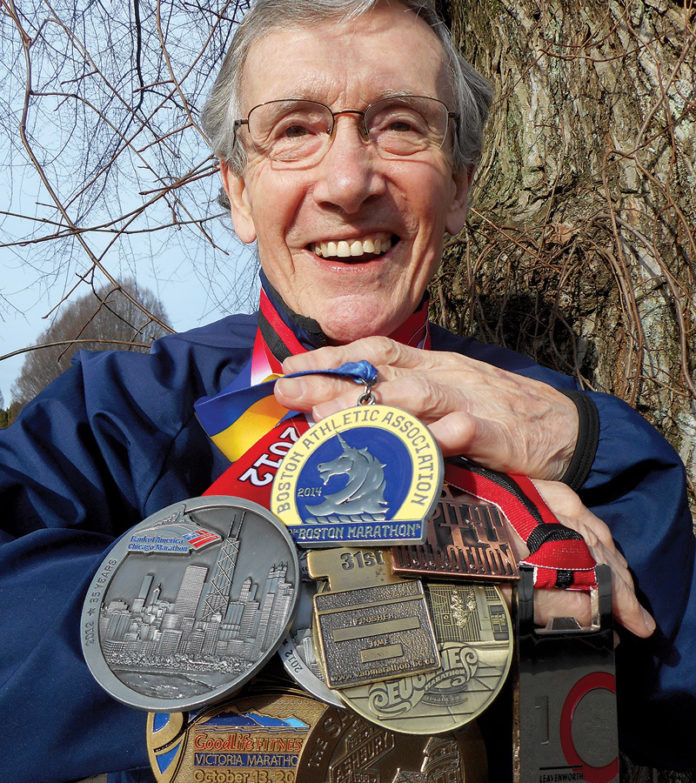 Rod Waterlow, 82, will be the oldest qualified runner for the 2020 Boston Marathon

Vancouverite Rod Waterlow enjoys running marathons, but it's the fear of death that really keeps him going.

Waterlow, 82, trains three days a week no matter the weather or how he feels about hitting the trails that day. 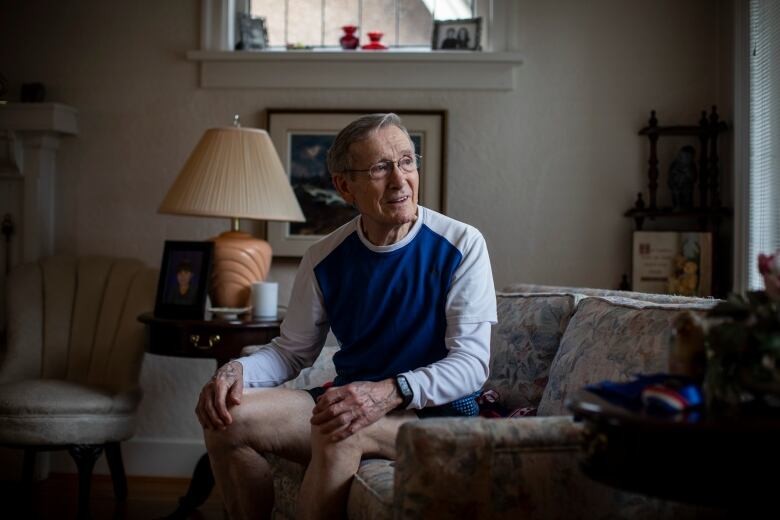 "There are days when I just don't want to get up, and I think maybe I won't go today," Waterlow said, sitting next to a pastel-coloured sofa in his modest west-side home. 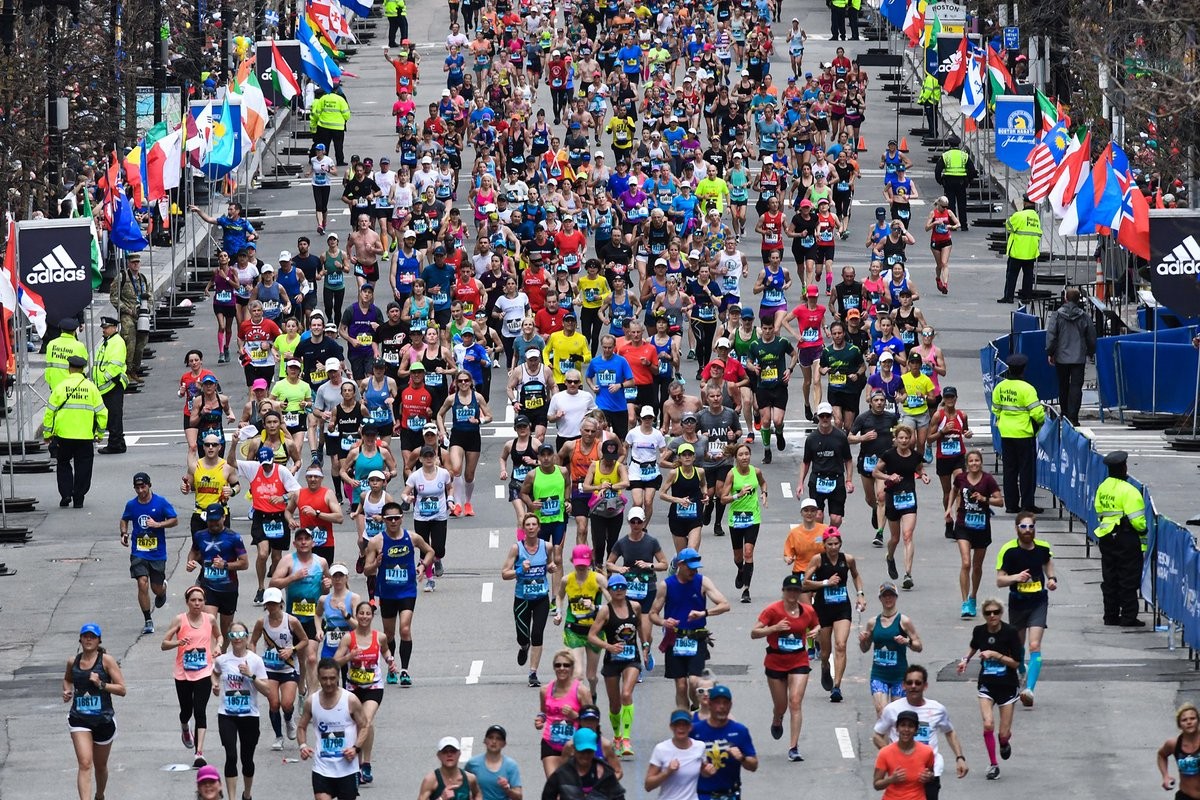 "And that's the beginning of the end really."

Waterlow — a chatty chap with a London accent and a lanky build — will be the oldest runner to qualify for the upcoming Boston Marathon on April 20.

At his qualifying race in Oregon last fall, he came in 18 minutes faster than the required time for his age category. At Boston, there will be 15 men older than 80 taking part in the prestigious race, among a total of 30,000 marathoners.

This will be Waterlow's third time at Boston. It's surprising that he would return — the last time he raced there, in 2014, he fell ill mid-way through and it took him nearly six hours to finish. He was later diagnosed with acute pneumonia.

But his wife of 47 years, Karen Waterlow, isn't surprised that he keeps on going.

"If there's something he wants to achieve he'll set out and achieve it," she said.

Waterlow, a former architect and emergency planner for the Vancouver School Board, didn't start running until he was 47.

He was drinking a pint on St. Patrick's Day in 1984 when he found out the friend he was with was training for the Vancouver marathon. Waterlow had never heard of it.

After his friend completed the race, Waterlow was impressed — and inspired. He signed up for training at the YMCA and ran his first marathon the following year.

And just like that, he was hooked. Since then, he has raced in over 100 half-marathons and 34 full marathons. Today, he trains three times a week.

"When I'm really in the zone, I'm not even thinking about it," he said. "It's like a Zen feeling."