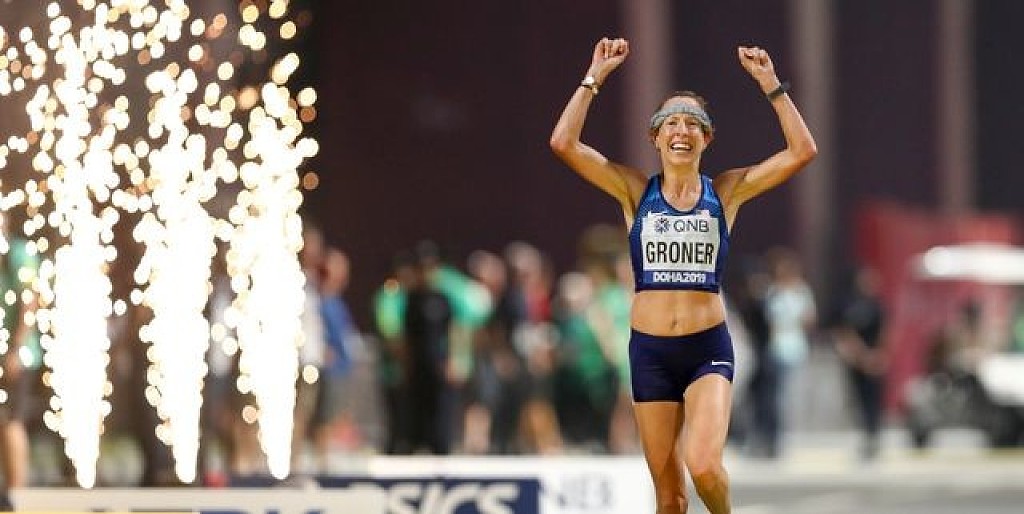 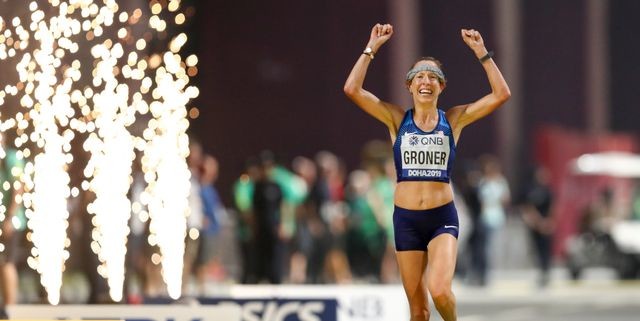 41-year-old mother of three Roberta Groner had already turned a lot of heads this year by running 2:29:09 at the Rotterdam Marathon in April and qualifying for Team USA for the World Track and Field Championships in the marathon.

Then she went out and did one better running 2:38:44 in brutally hot conditions to finish 6th at the World Championships early today in Doha (The race started at 11:59 p.m. on Friday to try to combat the heat.

Groner went out conservatively (she was 17th at 10k in 36:58) and said that her biggest focus was not on the clock, but on staying hydrated. Groner made ample use of the aid stations, saying she ran almost the entire race with a bottle in her hand, and also used ice in her headband to cool her head and neck. 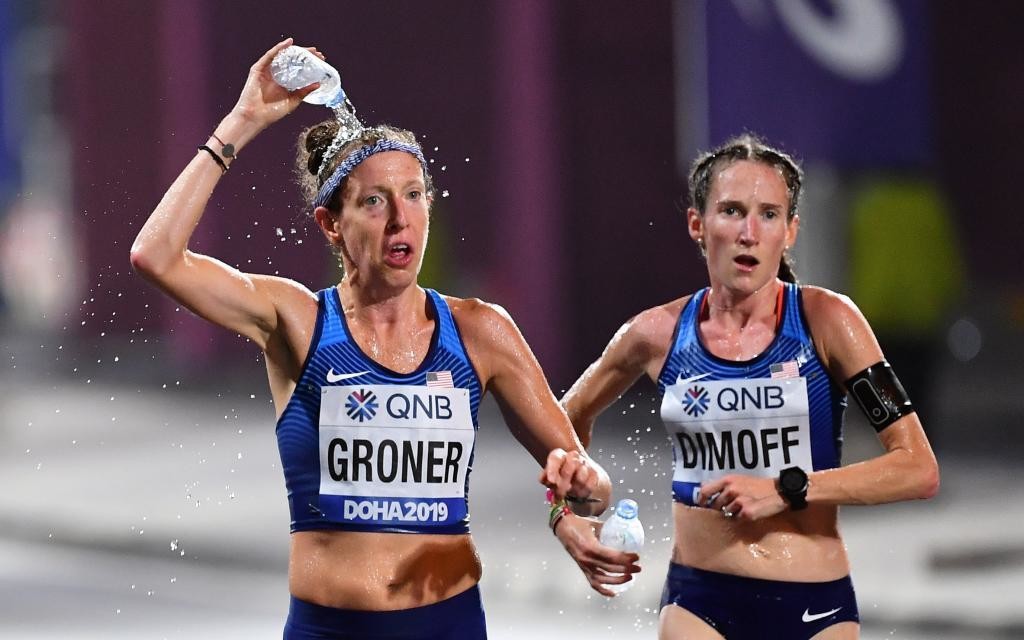 “I felt like I was just constantly drinking or throwing water on me,” Groner said. 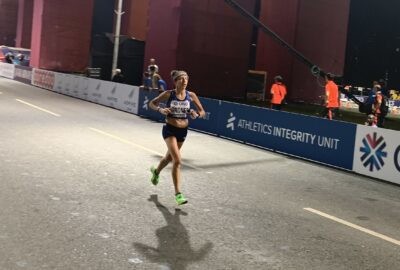 Working with Team USA teammate Carrie Dimoff, who would finish 13th, Groner gradually worked her way up the field, climbing to 12th by halfway, 8th by 30k (by which time she had dropped Dimoff) and 6th by the finish.

“Had three children, just wanted to get back out there a little bit for myself,” Groner said. “Do something for me. My kids can see something that I do passionately. We all do something passionately right? Could be play piano, whatever you want to be, do something. As long as it’s something you love to do with your heart, that’s all you gotta do.”

In the last few years, Groner began ramping up the intensity building toward the Olympic Trials and the results have followed. She ran 2:30:37 at CIM in 2017 — a PR of almost six minutes — then lowered her best to 2:29:09 in Rotterdam this April.

When she got the opportunity to represent the US at Worlds, she jumped at it — even though she’s already signed up for the New York City Marathon in November.

“Once they asked me to do Worlds, I mean I’m 41,” Groner said “Absolutely an honor for me to come out here and represent my country.”

No doubt, Groner did her country proud today.