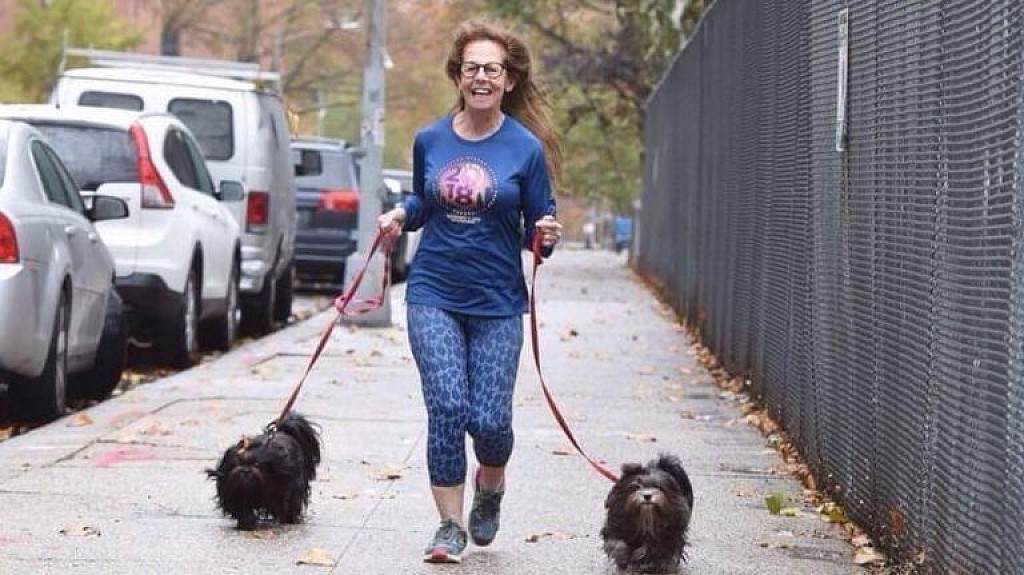 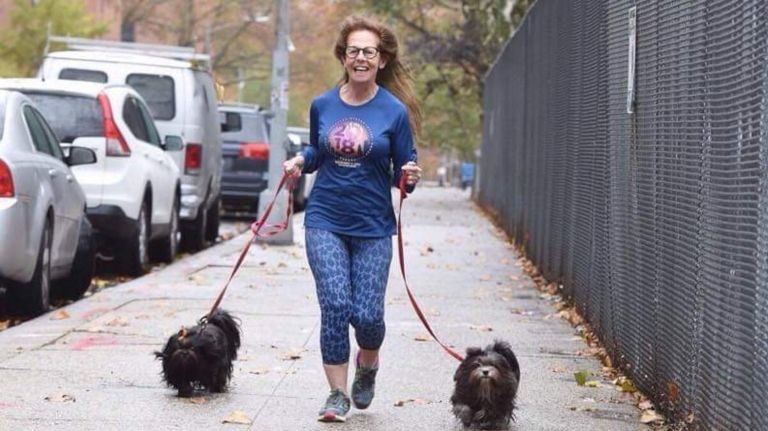 Once facing paralysis, Rochelle Ann Rosa bounces back with second Brooklyn Half Marathon

Three years ago, doctors told Rochelle Ann Rosa to not expect to walk again after bleeding in her stomach left her paralyzed. On May 19, 68-year-old Rosa will run her second Brooklyn Half Marathon.

“I really lived day by day, moment by moment,” Rosa recalled. “I literally thought, ‘Oh my God, I’m going to be paralyzed the rest of my life.”

The paralysis was the second seemingly unconquerable hurdle Rosa has faced in the last decade. On a crisp March morning some 9 years ago, at a corner in Bayside, a distracted cabdriver smashed into Rosa as she was crossing the street, sending her flying “like a bowling pin,” she remembers.

“Your instinct is to turn and grab the hood of the car like you’re Superman,” she said. “When I tried to stand up I knew I was hurt.”

Despite her determination to avoid the hospital and enjoy her impending vacation, she was in surgery 10 days later. As it turns out, her meniscus was “totally shredded,” her tibia “split wide open,” and both shins suffered hairline fractures. 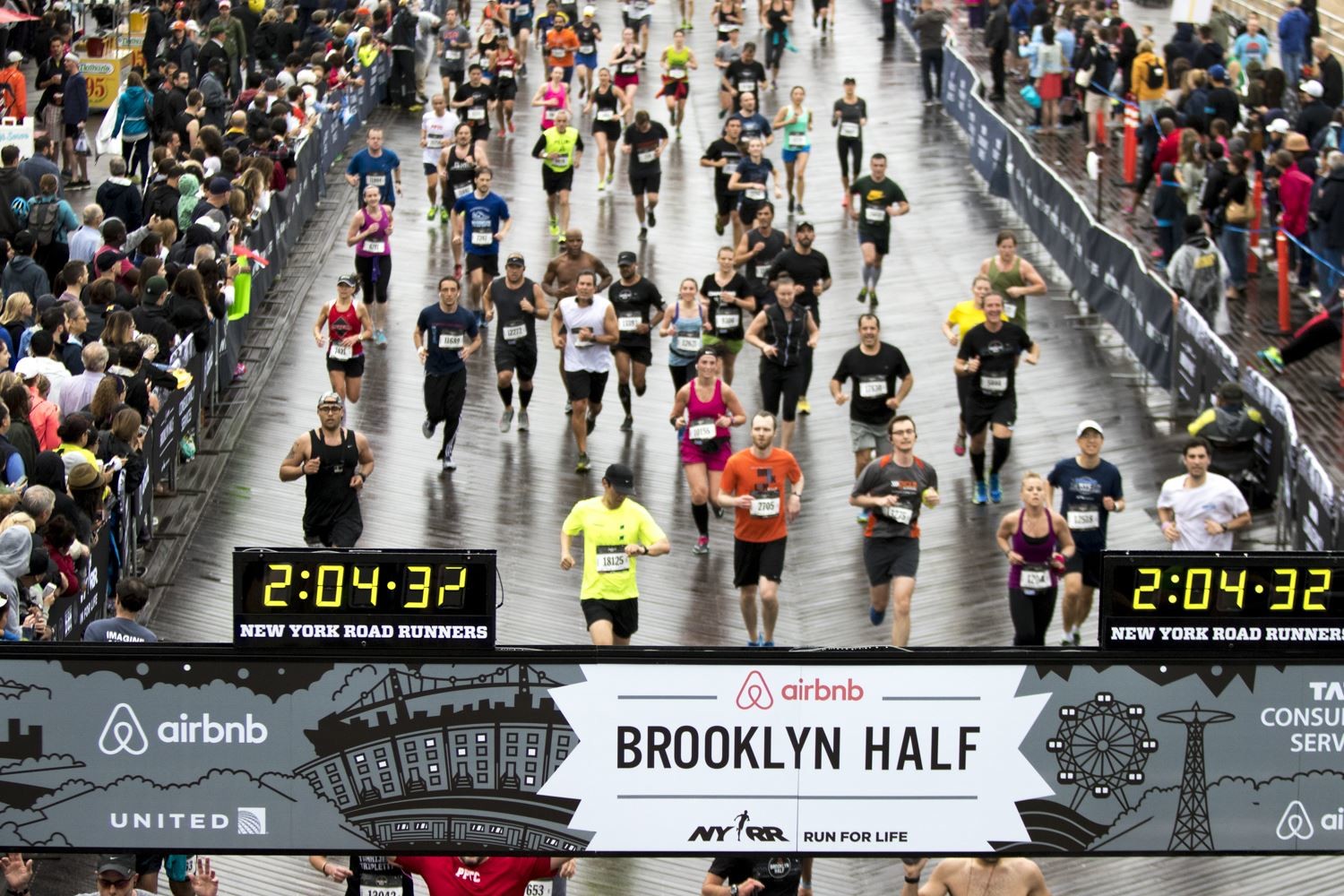 She spent the next two years in rehabilitation so that she could walk without a cane. Eventually, she did and was soon bit by “the bug” to run. Four years ago, she joined a running group and decided the following year she would run her first New York Road Runners race.

“I was so excited,” she said. “I woke up the next day thinking that (I had) a stomach virus or a case of food poisoning.”

Three hours later, she was delirious and then lost consciousness. After being transported to the hospital, she spent hours in ICU until she was stable enough for surgery. Surgeons stapled her stomach to stop the bleeding and, eventually, moved her to a room for recovery.

“When I went to stand up to go the bathroom and walk, I collapsed,” Rosa said. “The blood oxygen levels in my brain got so messed up that I was temporarily paralyzed from the waist down for a little over six months.” 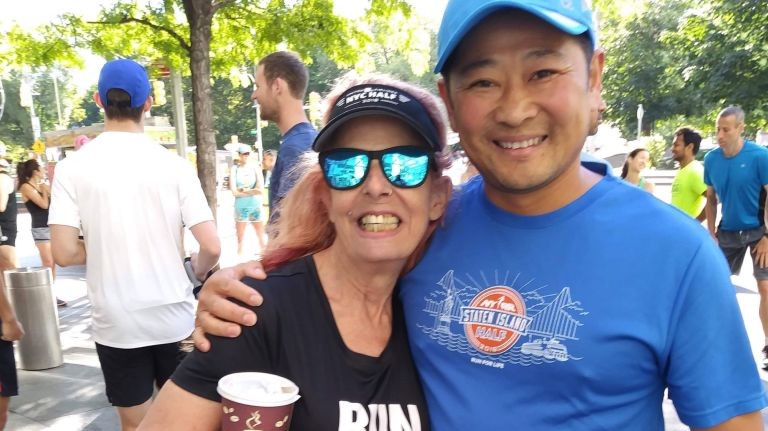 What ensued were three weeks in a Suffolk County hospital, three weeks in a rehab center — “which was the worst experience of my life” — then two months at home in a cast. But, just as after the car accident in Queens, Rosa resolved to walk again. She sought the help of physical therapist Manson Wong, who soon was making twice-weekly visits to her Lower East Side home.

“It’s weird, it should have been a long, long, long process of years and years, when you take into account where she came from, where she needed help sitting,” Wong said. “I can’t explain to you how sick she was. She could have been dead.”

Yet, six months later, she was running. Wong recalled after finishing a race last year seeing someone run by who looked oddly like Rosa.

“I saw her going by and I wasn’t sure if it was her or not, I was shocked,” he said, adding: “For her to go on and finish a marathon is just insane.” Last year, Rosa completed the New York City Marathon — in a tutu.

The Popular Brooklyn Half (previously Airbnb), the largest half-marathon in the country, is an iconic 13.1-mile journey through the amazing borough of Brooklyn. The race starts near the Brooklyn Museum and ends with a finish like no other on the Coney Island boardwalk. This half marathon takes runners on a brand-new course through Grand Army Plaza, around Prospect Park, down...