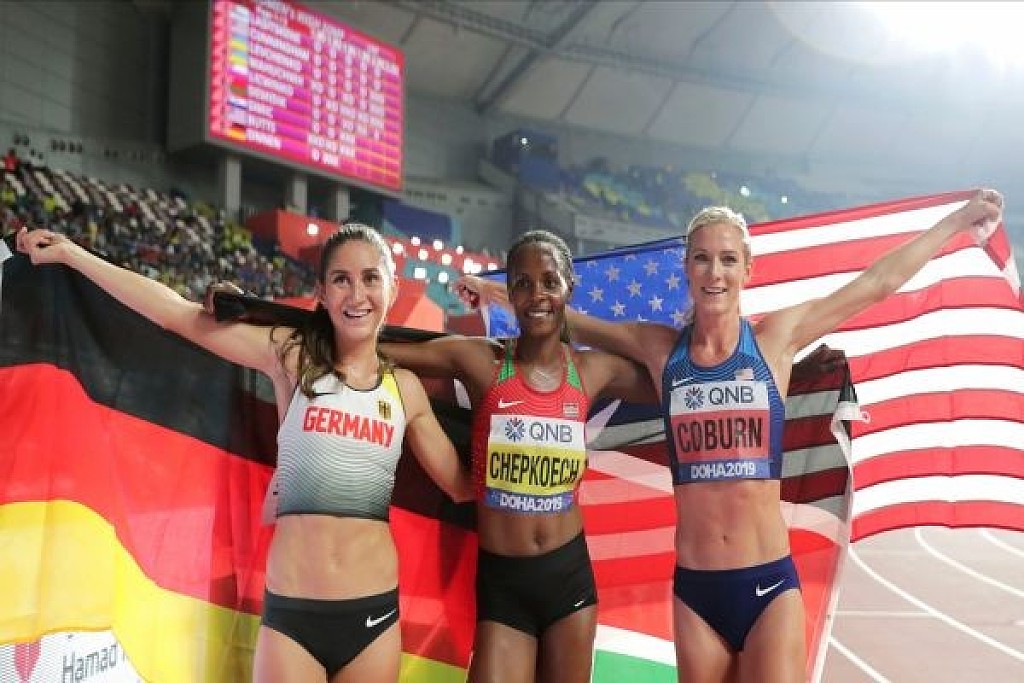 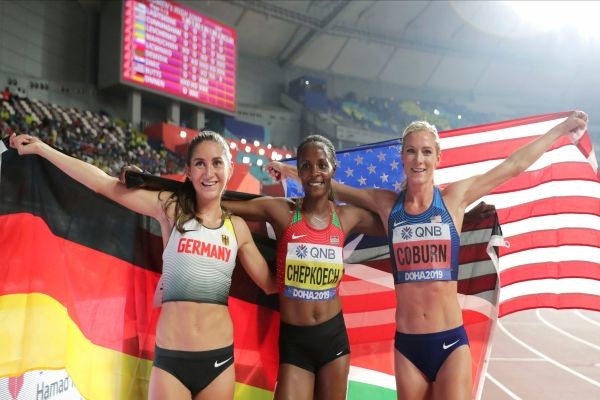 Olympic bronze medalist Emma Coburn, a Crested Butte native now living and training in Boulder,  ran a personal best time in the 3,000-meter steeplechase final at the IAAF World Championships in Doha, Qatar, on Monday, but it wasn’t enough to defend her title.

Kenya’s Beatrice Chepkoech took off on her own from the start of the race, opened up a huge gap and ended up setting a world championship record to win the gold medal with a time of 8:57.84. 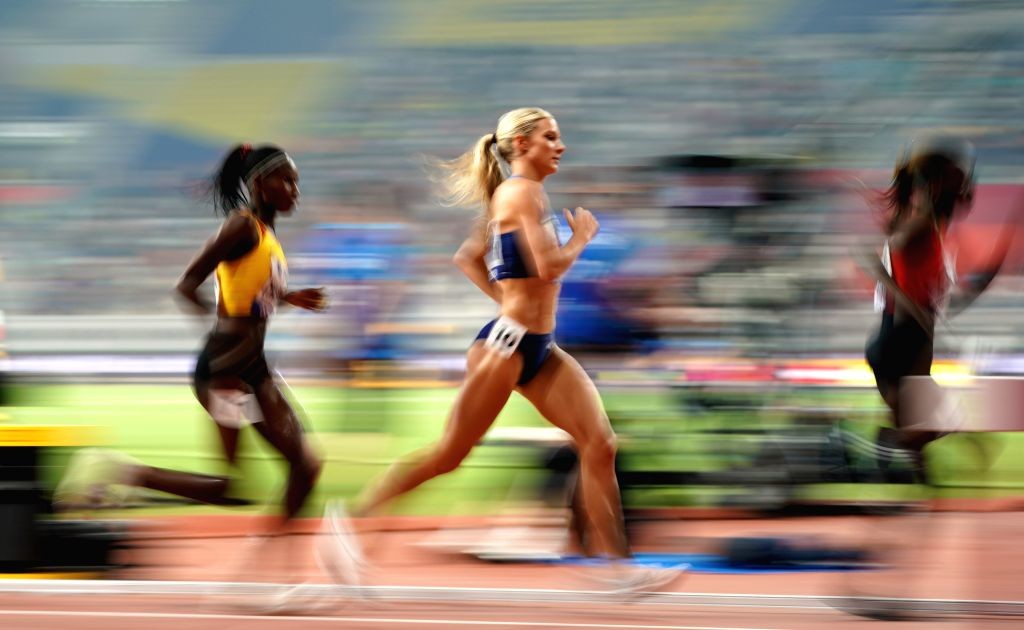 Coburn’s personal best time of 9:02.35 took the silver medal, two years after she became the first American woman ever to win the event at either the world championships or Olympic Games. German Gesa Felicitas Krause took bronze in 9:03.30.

As Chepkoech took off on her own, Coburn sat in the front of the chase pack with Kenya’s Hyvin Kiyeng and as the race went on they were joined by Uganda’s Peruth Chemutai. The pack of six held together until Coburn made her move, opening up her own gap and looking comfortable doing it, but Chepkoech was too far ahead to be run down and ended Coburn’s bid for a repeat as world champion. Chepkoech has now won 16 out of 18 races in 2018 and 2019. 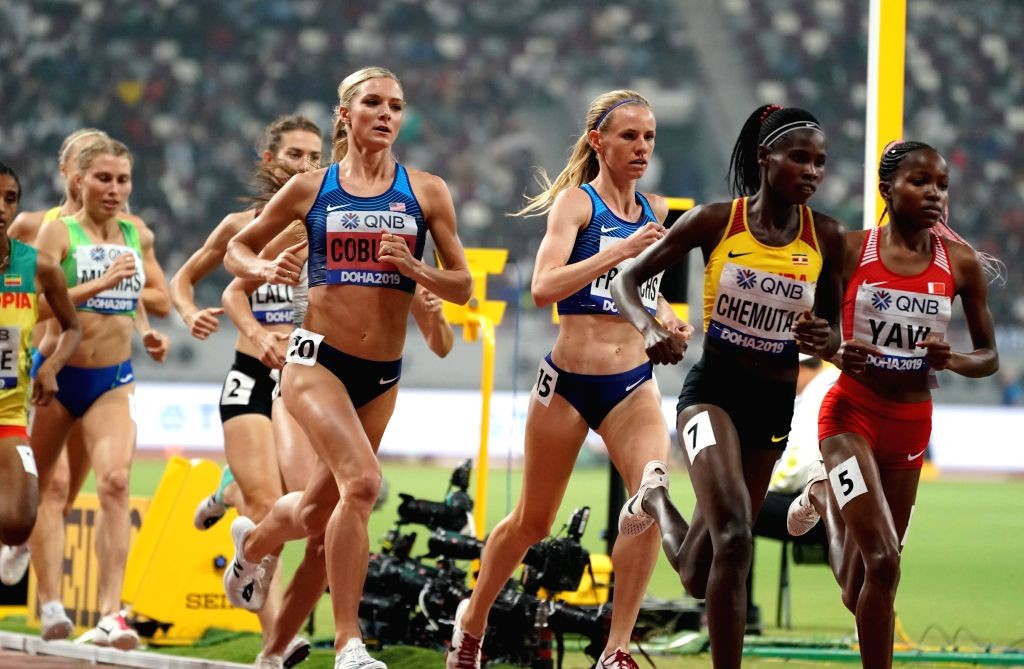 “That’s how I thought it would go,” Coburn said. “That how (Chepkoech has) been running all the Diamond Leagues. The only race she’s lost the couple years is when she ran with the pack and got out-kicked so I expected that from her. I was really happy Kiyeng pushed the pace for the chase pack and I just vowed to do no work until I was ready to make a move and with about 800 to go, I accelerated and didn’t look back.”

Coburn has a way of running her best at the most critical moments. She ran a time of 9:07.63 at the Olympic Games Rio 2016 and then a championship and American record 9:02.58 in winning gold at the world championships two years ago.

“It’s important to bring your best at these championships and at the last two championships I brought my personal best in the final and came away with the medal,” she said. “Actually the last three, at the Olympics I (ran a personal best) in all those finals so I like how may body feels in these races and I’m really proud of tonight’s effort.”