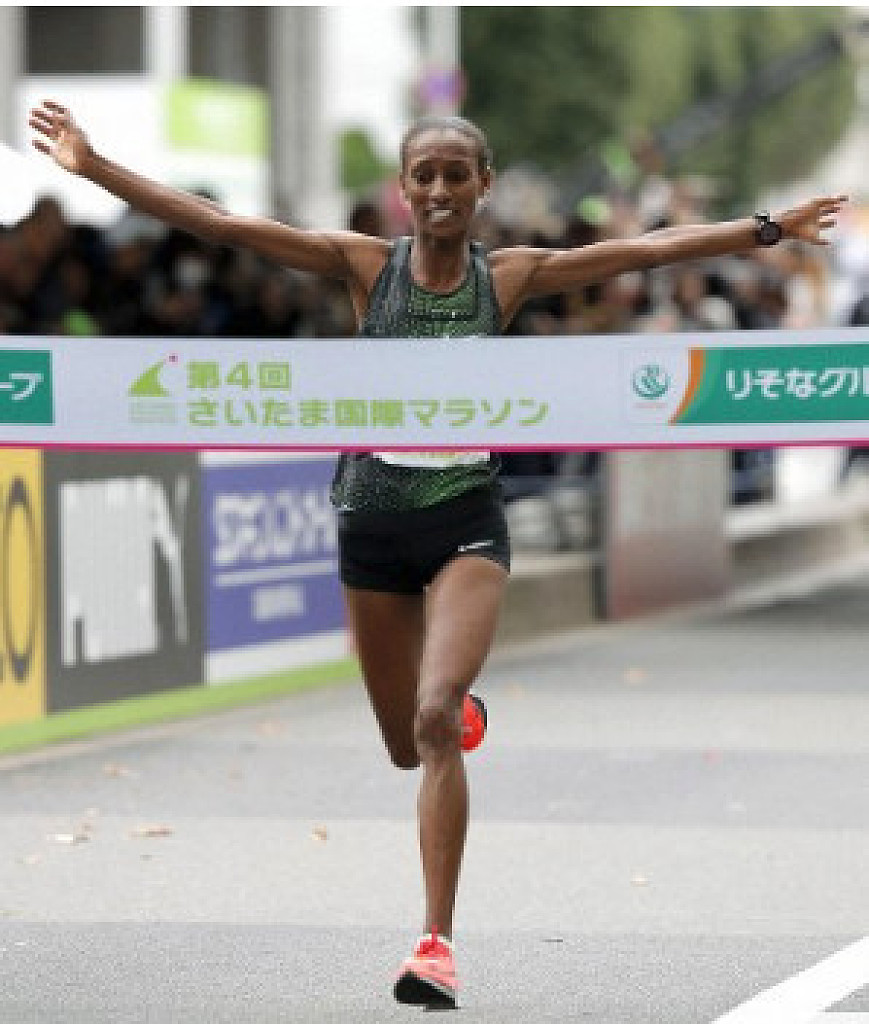 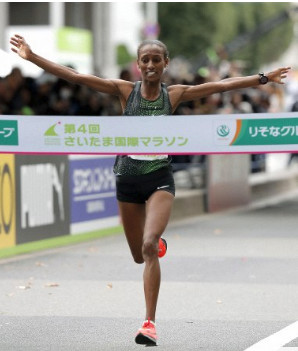 Only eight women have met the qualifying standards so far for the MGC Race to be held Sept. 15 next year in Tokyo. The MGC is a race that will determine two of the three members for both the men's and women's marathon teams for the Tokyo Olympics.

On Sunday, Imada and Saki Tokoro fell behind the leading pack around the 23-kilometer mark, while the IAAF Race turned into a duel between Gosa and fellow Bahraini Shitaye Habtegebrel down the final stretch.

"I was able to win because I trained hard. I'm very happy," Gosa said. "I'd like to work more on speed and endurance, and be able to maximize my performance." Habtegebrel crossed the finish line at the Saitama Super Arena four seconds after Gosa, and Kenya's Sylvia Jebiwot Kibet took third in 2:28:38.